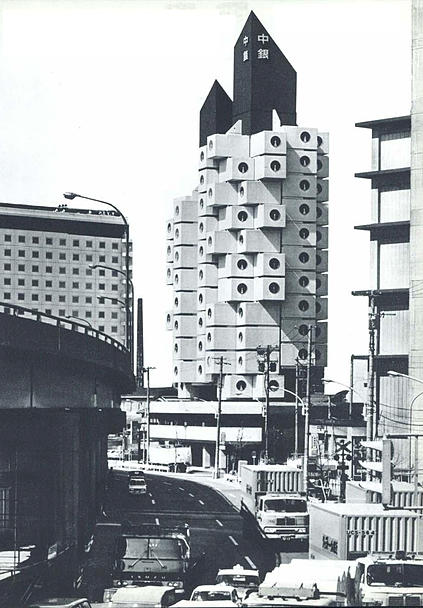 A Monument to Utopian Architecture

The Nakagin Capsule Tower (Nakagin Kapuseru Tawa) is a mixed-use residential and office tower designed by architect Kisho Kurokawa located in Shimbashi, Tokyo, Japan. Completed in 1972, the building is a rare remaining example of Japanese Metabolism. Metabolism is an architectural movement emblematic of Japan's postwar cultural resurgence. The building was the world's first example of capsule architecture built for permanent and practical use. The building still exists but has fallen into great disrepair. As of October 2012, around thirty of the 140 capsules remained in use as apartments, while others were used for storage or office space, or simply abandoned and allowed to deteriorate.

With your support, they will use crowd funding to purchase as many capsules as possible to gain voting power to stop the destruction of this monumental building. As support for the project increases, they will hold opportunities for designers and architects to present their own suggestions for the re-purposing and renovation of the Nakagin Capsule Tower. Please donate and follow the efforts to save this architectural landmark!