Terreform's Urban Research (UR) has released its new book entitled "Letters to the Leaders of China: Kongjian Yu and the Future of the Chinese City", revealing excerpts and updates Kongjian Yu’s 2003 classic and containing additional, previously unpublished letters to high-ranking officials across the country, including President Xi Jinping.

Terreform, a non-profit urban research studio and advocacy group led by Michael Sorkin - Honorary Member of WAC, runs the UR serving as the imprint of Terreform, and publishes progressive books about cities and their futures. The UR has shared the internal images with World Architecture Community to give a closer look at the book. 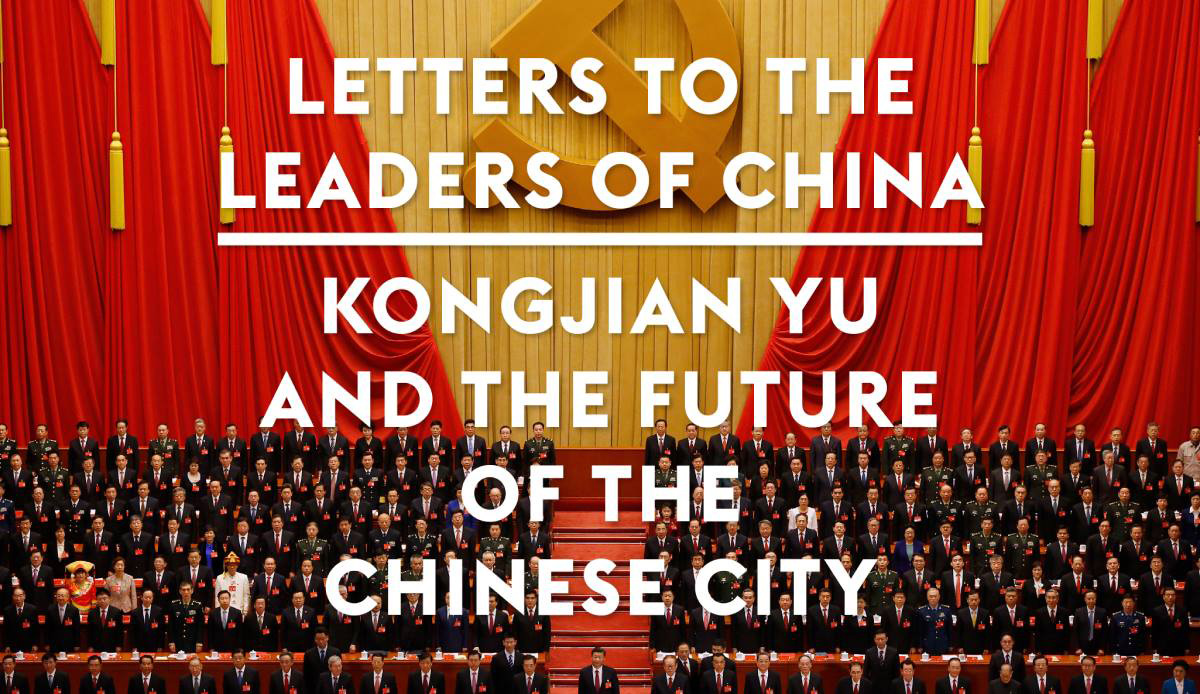 In 2003, in the midst of China’s rapid economic development and spiraling ecological devastation, the landscape architect and designer Kongjian Yu emerged, with the publication of The Road to Urban Landscape: A Dialogue with the Mayors, as a powerful broker for change in the domain of city planning. 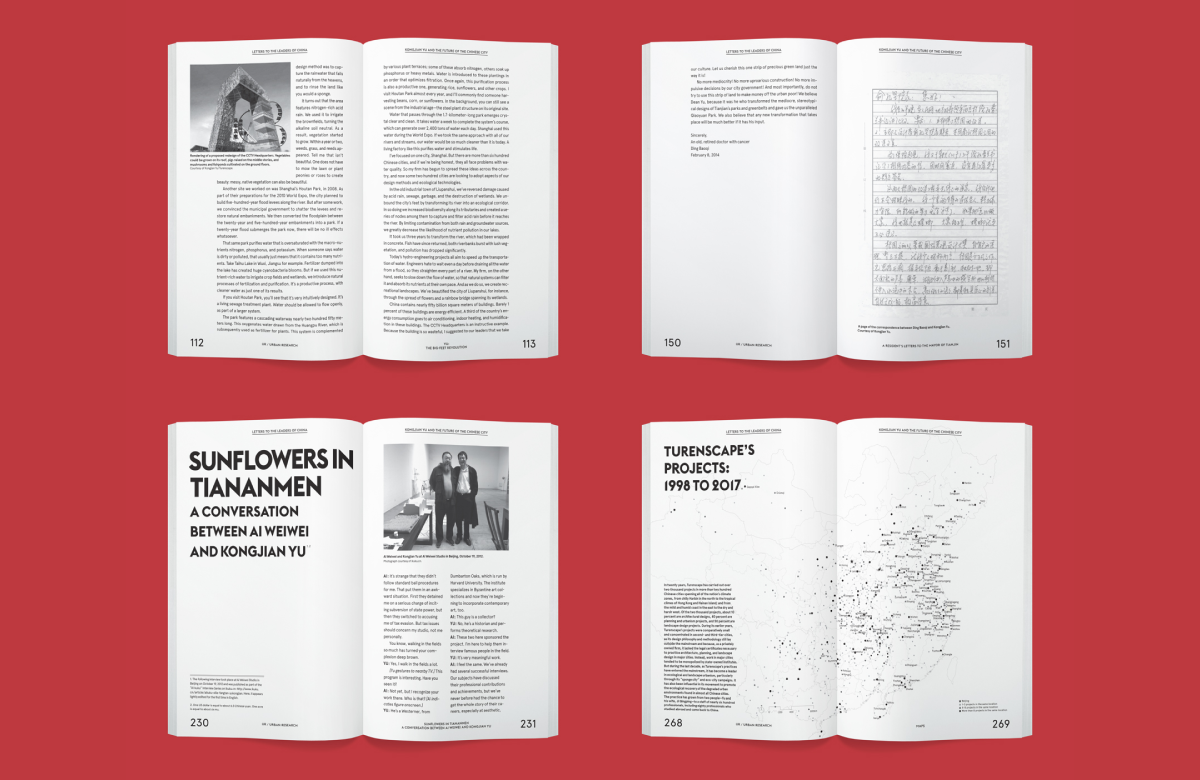 Since then, the text has been circulated widely among the nation’s mayors; Yu’s design firm, Turenscape, has flourished and now counts 600 employees and more than 2,000 projects in more than 200 cities among its accomplishments; and Yu’s core design concepts—from negative planning to“green sponge” cities—have been codified at the highest levels of official design guidance.

Yu further established his bona fides and influence among young practitioners by founding the College of Architecture and Landscape Architecture at Peking University. Letters to the Leaders of China: Kongjian Yu and the Future of the Chinese City excerpts and updates Kongjian Yu’s 2003 classic and contains additional, previously unpublished letters to high-ranking officials across the country, including President Xi Jinping. Contributions from geographers, urban historians, sociologists, and critical theorists situate Yu’s work within the context of China’s rapidly evolving cities, explore those cities’ historical morphologies, and chronicle Yu’s upbringing in a rural village and formative years in Beijing.

The essays, interviews, and manifestos, including a lengthy colloquy with artist Ai Weiwei, affirm Kongjian Yu’s indispensability to a sustainable transformation of China’s environmental and urban design legacy. 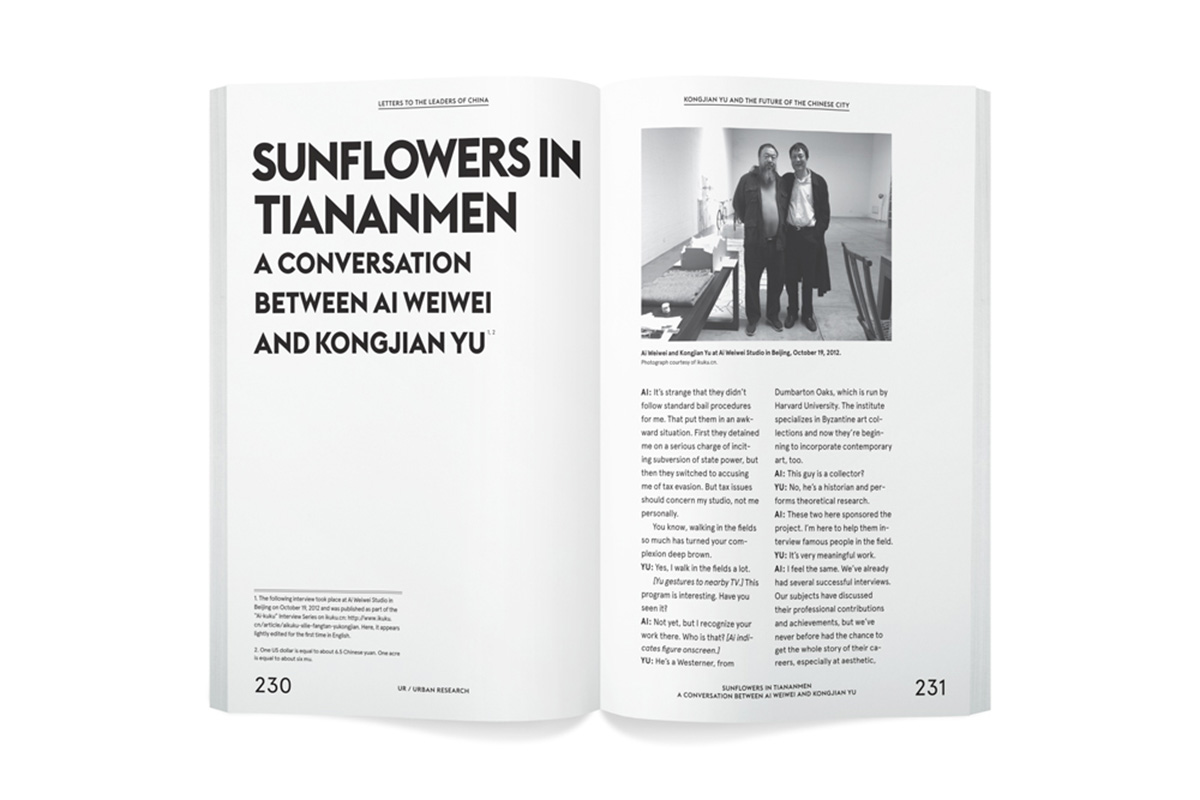 "Letters to the Leaders of China is a testament to Kongjian Yu’s work but also an inspiring manifesto for contemporary urbanism, if not also for human survival more broadly," said James Corner, Field Operations.

"Nothing could be more welcome in this moment than the scope of environmental advice that Kongjian Yu has seen fit to extend to politicians of every stripe and caliber," said Kenneth B. Frampton Ware Professor of Architecture, Columbia University. 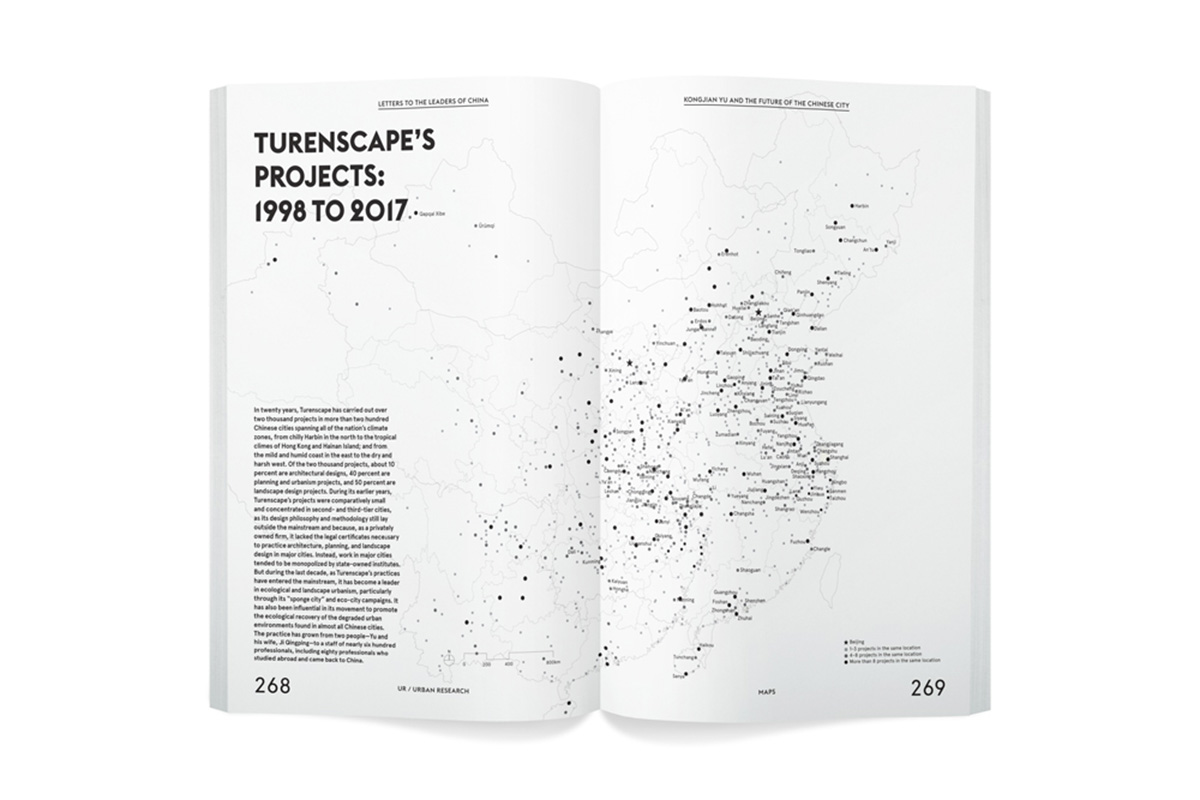 "Kongjian Yu has distinguished himself as the pre-eminent landscape architect of his generation in China," said Mohsen Mostafavi, Dean, Harvard Graduate School of Design.

"This book offers a superb introduction to Kongjian Yu’s extraordinarily innovative and globally relevant quest to challenge the assumptions which have driven China’s rapid and massive urbanization," said James Peck, Author of Washington’s China: The National Security World, the Cold War, and the Origins of Globalism."

"Kongjian Yu’s work sets an example for the profession globally, prodding us all to create landscapes of beauty that work for people and for the planet," said Martha Schwartz, Founding Principal, MSP.

The book was recently reviewed as a Best Book of 2018 by American Society of Landscape Architecture. You can purchase the book from the Urban Research's  website.

Book: Letters to the Leaders of China: Kongjian Yu and the Future
of the Chinese City

All images courtesy of Terreform/UR