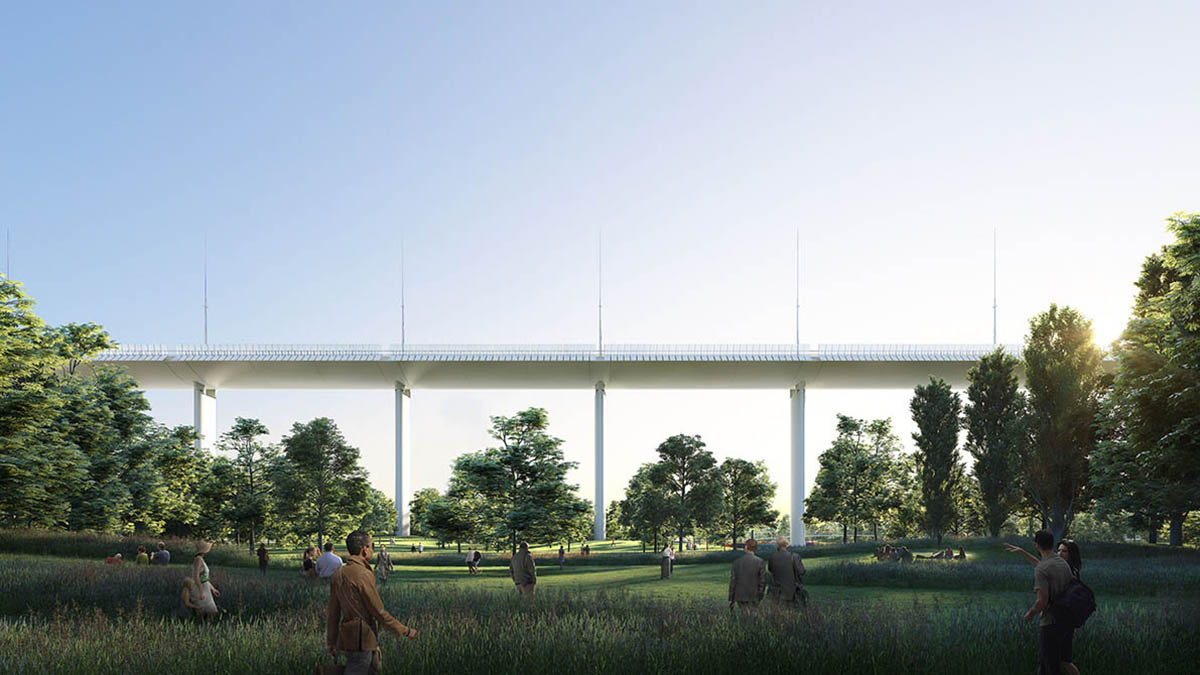 Genoa-born architect Renzo Piano has released new design for the Morandi Bridge in Genoa, following a tragic disaster occurred on 14th August. The Morandi Bridge had collapsed during heavy rainfall on August 14th and resulted in the death of 43 people.

Following this tragic accident, Renzo Piano had said he would design a bridge for his home town and he added it is one of his duties to respond to such a disaster in some way.

Newly-released renders show that the new bridge will be raised on slender piers and will be built with regular intervals.

The concrete Morandi Bridge, built in the 1960s, collapsed on Tuesday, 14th August during heavy rainfall and the middle part of the bridge's structural component, made up of pre-stressed concrete stays and trestles, fell down onto a railway line and a warehouse 45 meters below. 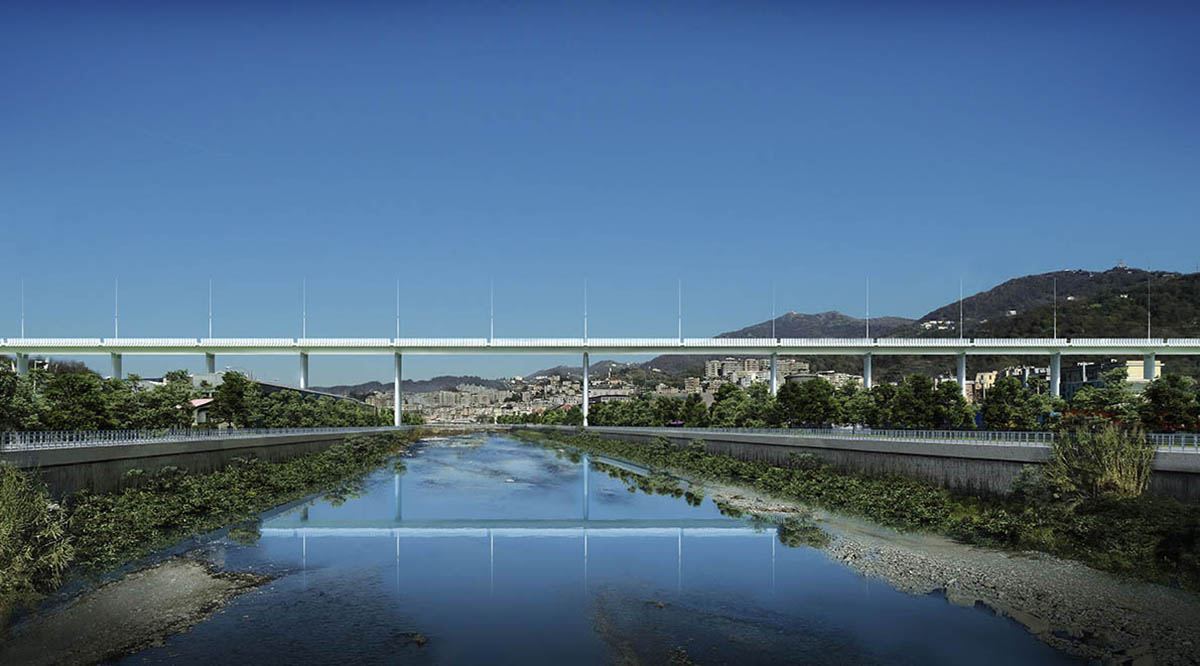 "It must be a place where people can recognise the tragedy in some way, while also providing a great entrance to the city. All this must be done without any sign of rhetoric – that would be the worst trap. But I think we will stay away [from that] and instead try to express real pride and values. That is what Genoa deserves," added Piano.

"Genoa is reluctant to spread emotion – it’s quite introspective and timid, but the strength is inside, like a retained energy. So it’s not a city that is screaming and shouting, but that doesn’t mean it doesn’t need help – and I will try to help."

The 202-million-euro ($229 million) project is inspired by a naval ship and it will reflect a minimalist approach in its architectural language. Genoa's Mayor Marco Bucci said that construction of the bridge will be completed in 12 months and will be made accessible, by the end of 2019. The name of the bridge will not be "Morandi" any more but Bucci didn't explained the new name of the bridge. 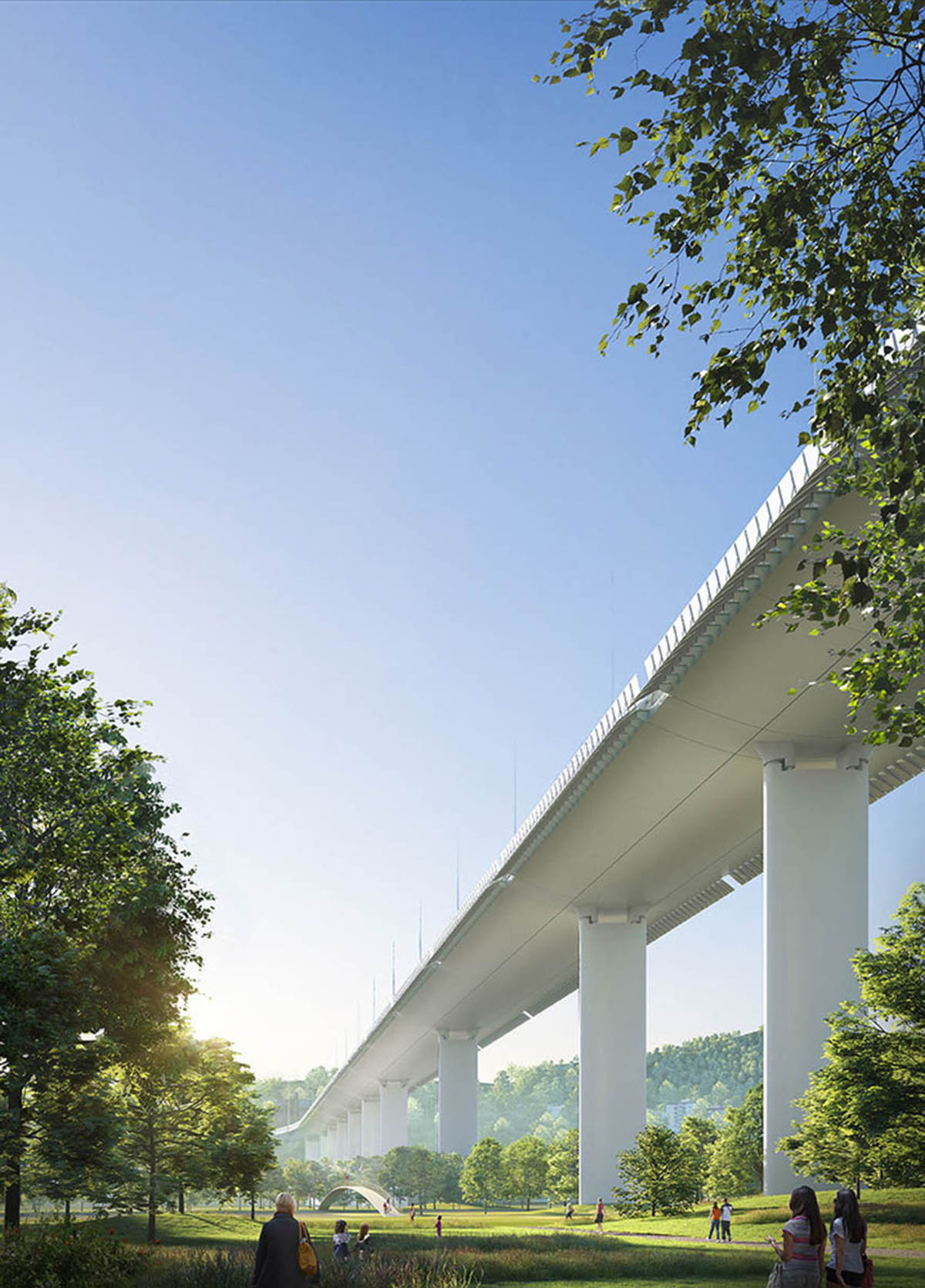 Piano’s design consists of weight-bearing columns that addresses to the bow of a ship, and will be illuminated by 43 lamps casting a light shaped like ships’ sails - which will represent each of the victims. Renzo Piano will also be working as the project’s technical supervisor, as reported by The Washington Post.

For the project, Piano will not get any money for the design of the bridge and he will donate the design to his hometown. In the construction process, the architect will work with construction firm Salini Impregilo, the infrastructure wing of shipbuilder Fincantieri, and the Italferr state railway subsidiary.

Following the incident, the collapse of the Morandi Bridge has sparked wide criticism on Italian aging infrastructure. Since 1970, the bridge has undergone many renovation works and according to a report published by the Italian highways operator Autostade per l’Italia in 2011, "an intense structural decay" was detected on the bridge.

The Ponte Morandi Bridge was originally designed by Italian engineer Riccardo Morandi in 1967, and spanning 1,102 metres and supported by three reinforced concrete piers.

"Morandi was a great engineer for sure, and he made something audacious, clever and brave but, of course, very fragile," said Piano. "Fragile in the sense of a beauty that is fragile – it’s not a criticism. The bridge demanded an extremely high level of attention during its lifespan."

All images courtesy of RPBW