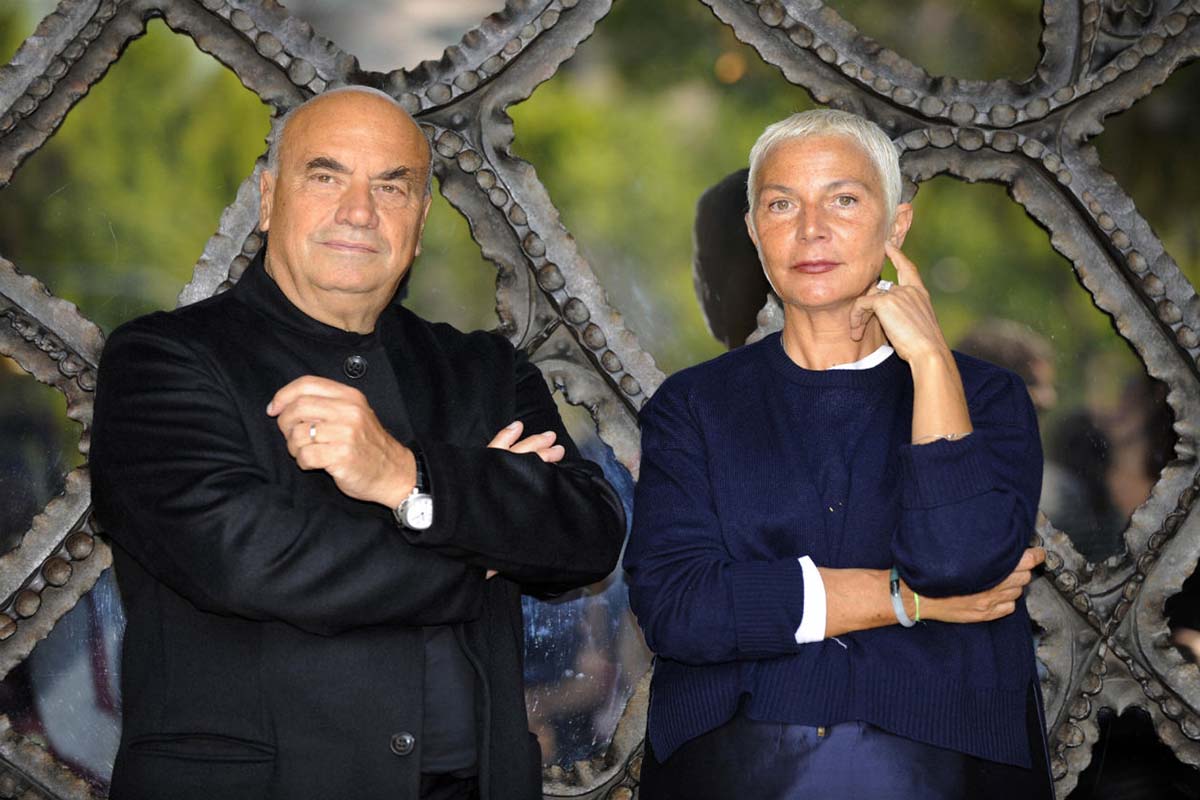 An online petition by activism groups Voices of Women Architects (VOW) and Rebel Architette has been launched for an equal recognition of Massimiliano and Doriana Fuksas, Partners of Studio Fuksas, for the Lifetime Achivement Award by the Nazionale di Architettura (IN/ARCH).

Massimiliano Fuksas has recently been awarded with the Lifetime Achivement Award by the Lazio regional branch of Italy’s National Institute of Architects late last month, which was given solely to him. However, the prestigious award did not recognize Doriana Fuksas, who has worked with his husband and partner since 1985.

The letter by activism groups Voices of Women Architects and Rebel Architette has criticized Doriana Fuksas' omission from the award, was also supported by Massimiliano Fuksas, and stated that "we were stunned that the prize did not include Doriana Fuksas. Doriana and Massimiliano are equal partners."

In a full letter published in The Architects' Journal, they added that "it’s important to correct the record now so that young architects can look up to their incredible work and know the whole story – that the work is strong because of joint creativity and collaboration." 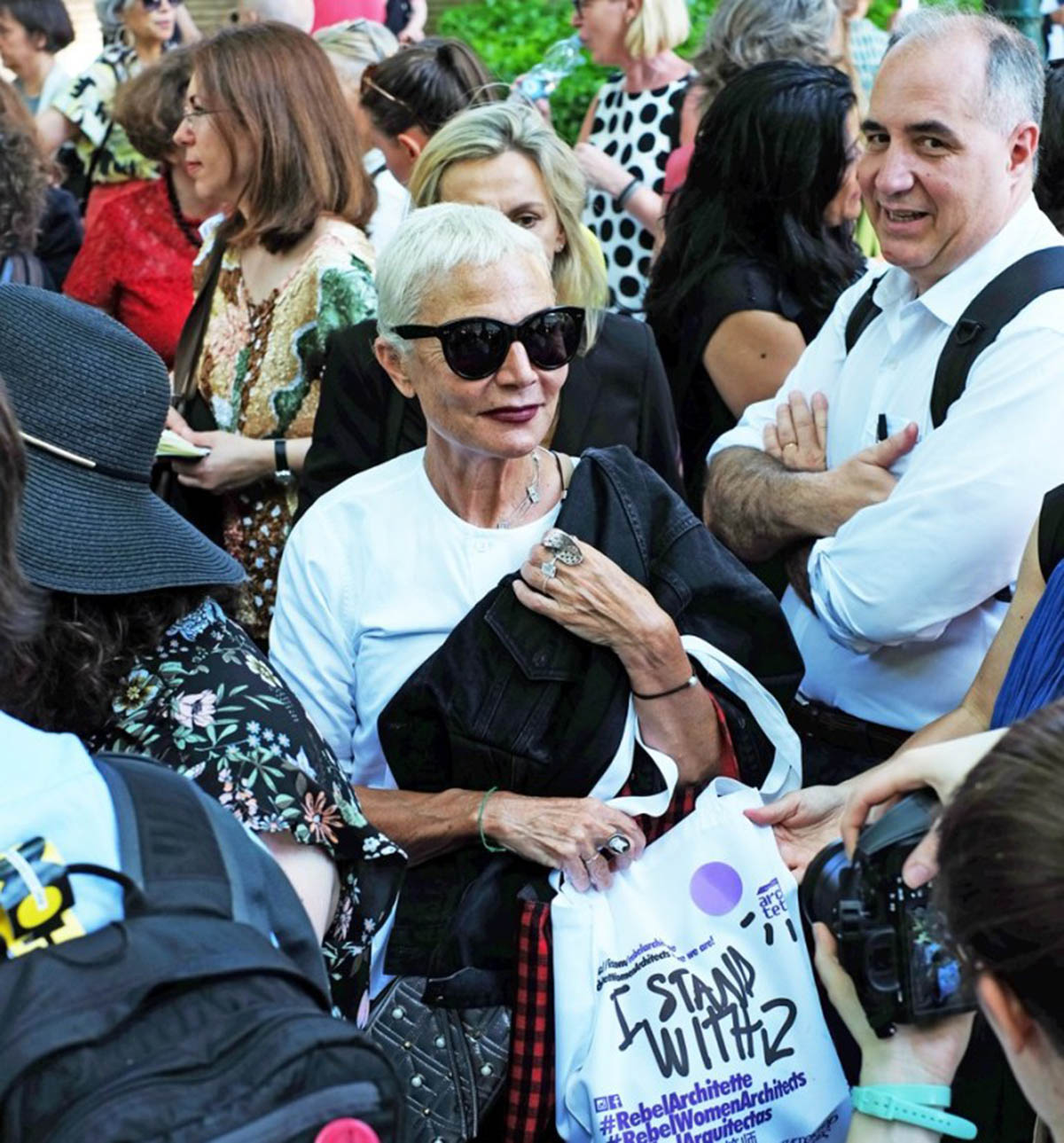 Rome, Paris and Shenzhen-based firm Studio Fuksas is led by Massimiliano and Doriana Fuksas since 1985, the studio has worked on major projects in Europe, Africa, America, Asia and Australia, including Terminal 3 at the Shenzhen Bao'an International Airport and the New Rome-EUR Convention Center and Hotel.

In responce to this call, Amedeo Schiattarella, the President of the Istituto Nazionale di Architettura’s Lazio regional branch, stated that Massimiliano Fuksas and Doriana Fuksas as representing the "same identity", one signature but added that the award – which was focusing on a life story rather than architectural output, that is way, it recognised Massimiliano’s career which started 15 years before he started working with Doriana.

And, Schiattarella continued: "the need for an equal treatment for men and women is absolutely correct. I am afraid of what happens in the world of architecture – there are few women architects and few opportunities for women."

"But we are not speaking of something I can share, I cannot give a prize to Massimiliano and Doriana if he started 15 years earlier. It’s another story, another career, but at the moment their careers have become the same one."

The campaign group, which was founded by Caroline James, held a flash mob protest in collaboration with French architect Odile Decq at the 2018 Venice Biennale against "prejudices" towards women in architecture, and Doriana Fuksas attended the protest group in support and solidarity.

Read the full letter below sent by Voices of Women Architects and Rebel Architette:

We are writing on behalf of Doriana Fuksas, as we understand that she was overlooked in the selection process of the Premio alla Carriera Architettura. Doriana and Massimiliano are equal partners. We are calling for equal recognition for equal work.

We are a diverse group from around the world. We lead our own firms, are directors of schools, are award-winning architects, journalists, and professors. This past May at the Venice Biennale of Architecture, many of us came together as a Flash Mob in the Giardini during the preview days of the Venice Biennale as part of Voices of Women Architects – VOW Architects. The Flash Mob is a peaceful gathering of individuals asking for a common goal. In this case it’s equal rights and respect for all members of our community. Organizers included Martha Thorne, Louise Braverman, Francesca Perani, Farshid Moussavi, Toshiko Mori, Caroline Bos, Benedetta Tagliabue, Odile Decq, Caroline James and Atxu Amann. We read a manifesto in the Giardini to hundreds of men and women who were there to rally in support towards a change in the Architecture profession.

The work continues. Today, with other groups, we are supporting the initiative of RebelArchitette: “Time for 50” - Time for Equality. We are looking at the United Nations Sustainable Development Goals 2030 for gender equality and empowerment of women and girls.

When we read last week in the news that Massimiliano Fuksas has received the Premio alla Carriera Architettura, we were stunned that the prize did not include Doriana Fuksas. Doriana and Massimiliano are equal partners. It’s important to correct the record now so that young architects can look up to their incredible work and know the whole story – that the work is strong because of joint creativity and collaboration.

> via Voices of Women Architects (VOW)