Museum Of Art And Photography, known as India's Silicon Valley, is set to open on 11 December 2022 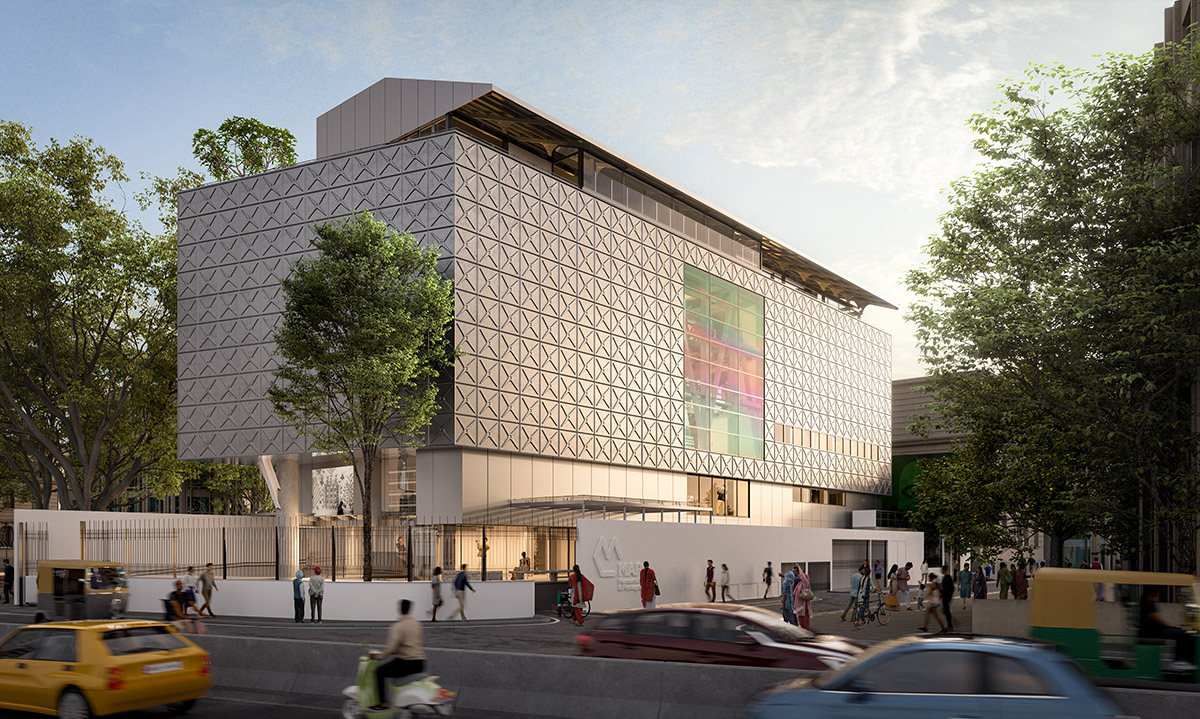 The Museum Of Art and Photography (MAP), known as India's Silicon Valley, is set to open to the public on 11 December, 2022 in South India’s capital city, Bangalore.

Being one of WAC's 10 hotly-anticipated buildings of 2022, the 44,000 square foot (4,088 square meters) museum is designed by Indian architecture studio Mathew & Ghosh Architects to act as a beacon for South Asian arts and culture worldwide.

Currently, MAP has shared new details and the official opening date of the museum. Benefitting from extensive digital as well as physical content, it will be the first new public museum to open in India in a decade, according to a press statement.

MAP has emerged as the brainchild of philanthropist and collector Abhishek Poddar, who also gifted the founding collection, and is led by its Director, Kamini Sawhney.

"I believe we need MAP Museum of Art & Photography now because South Asian cultures represent the cultures of nearly a quarter of the world’s population and yet their stories have not been told," said Museum Founder Abhishek Poddar.

"I hope that through the building, the collections and our online content, we can open up a dialogue with the world in this time when new narratives are being shaped," Poddar added.

The rectangular-formed museum, reaching at five levels, is located in the heart of Bangalore’s museum quarter and includes four large galleries, a café and a rooftop restaurant, a 130-seat auditorium, a library housing extensive research material on Indian art and culture.

The library will freely available to students and researchers, and there will be a conservation laboratory to carry out research and care of the collection.

The new museum deliberately removes the boundaries between what is regarded "as high art and the everyday creativity of the region’s communities."

The photography collection is one of the most extensive in India with a particular focus on the period from the mid-nineteenth century, a turning point in the history of Britain’s colonial relationship with the region, right up to the present day.

"From the very beginning we wanted MAP Museum of Art & Photography to be accessible to everyone. And to speak especially to a young generation whose visual experiences are so greatly influenced by the digital world," said Kamini Sawhney, Director of MAP.

"More than half of our population are under 25 years old; no country has more young people. We are fortunate to have been able to start from scratch thinking in an integrated way about how to approach audiences, whether they are in schools in Bangalore or in communities across the world. Audiences we couldn’t have dreamt of reaching through the building alone," Sawhney added.

Supported by Bangalore’s advanced technologies, the new museum is built on the foundations of a pioneering digital format, which was launched in 2020.

This includes virtual exhibition tours, artists talks, virtual reality experiences, and a series of keynote conversations with international museum directors highlighting the collections. Alongside this, MAP Academy is the first online resource making available South Asian art histories, and offering online courses and access to its rapidly developing encyclopaedia of works from the region.

MAP’s inaugural exhibitions and displays will provide a glimpse of the stories the collection tells, including Visible/Invisible, Time and Time Again, the first solo show of the artist L N Tallur, Rishis, a major installation by internationally acclaimed sculptor and Royal Academician, Stephen Cox, and sculptural commissions by renowned artists Arik Levy, together with two of India’s leading contemporary artists, Ayesha Singh and Tarik Currimbhoy.

Read more about the project on WAC's detailed coverage.

> via Museum Of Art and Photography