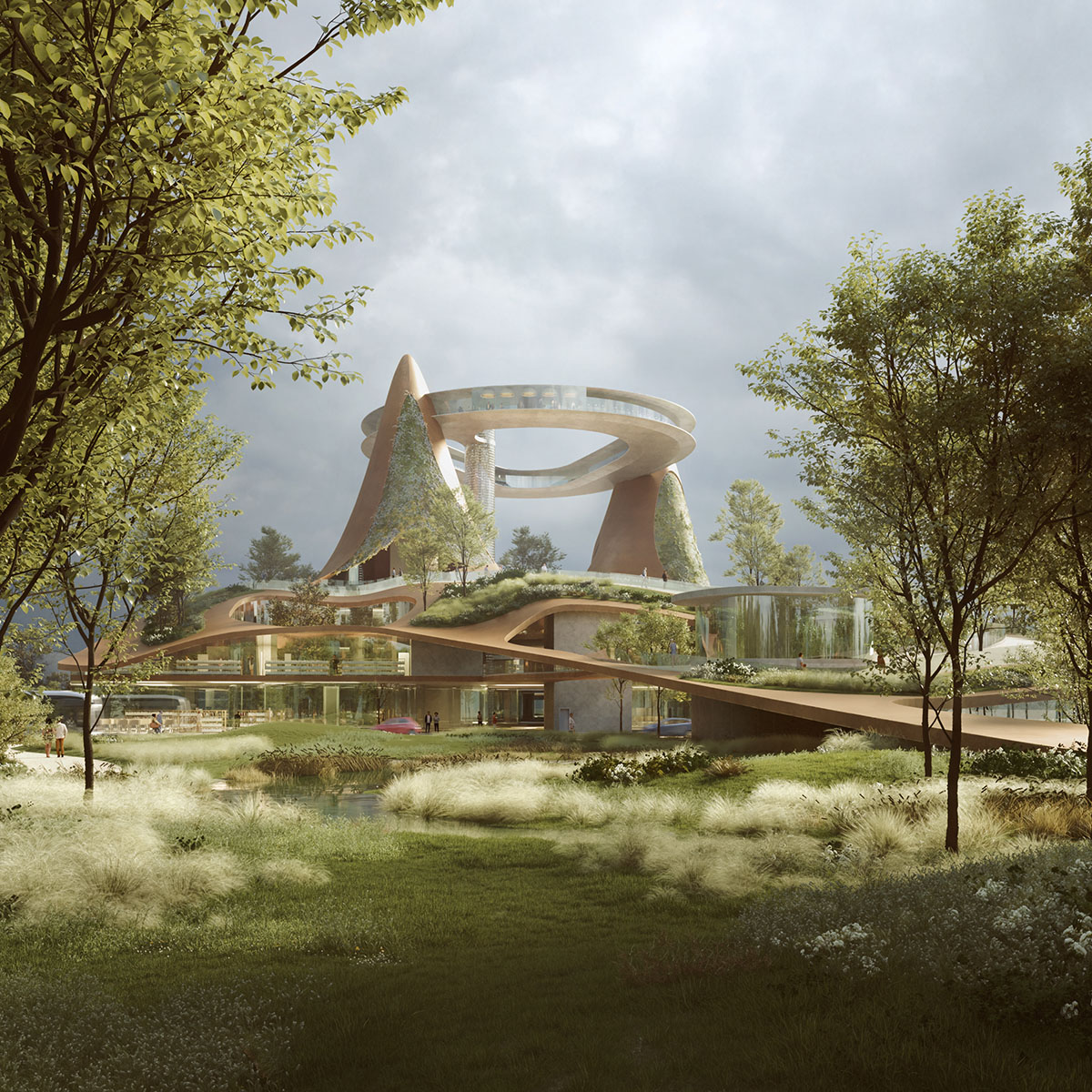 Bolzano and Berlin-based architecture studio noa* network of architecture has proposed an organic, floating library flanked by a pair of hilly structures within part of the Porta Vittoria Park in Milan, Italy.

Called The Tree Of Knowledge, the project was designed for a competition organized by the Municipality of Milan and the BEIC Foundation.

The competition's brief asked participants not only to design a new cultural hub but also to initiate a process of urban regeneration in an area undergoing radical transformation, that of Porta Vittoria station.

noa*'s design scheme intended to challenge to traditional library typologies and proposed a new cultural hub that evokes a surreal atmospheres of rooftop forests and flying books through a ring-shaped floating roof.

The design places the visitor in the perfect condition to venture into new and unknown worlds. 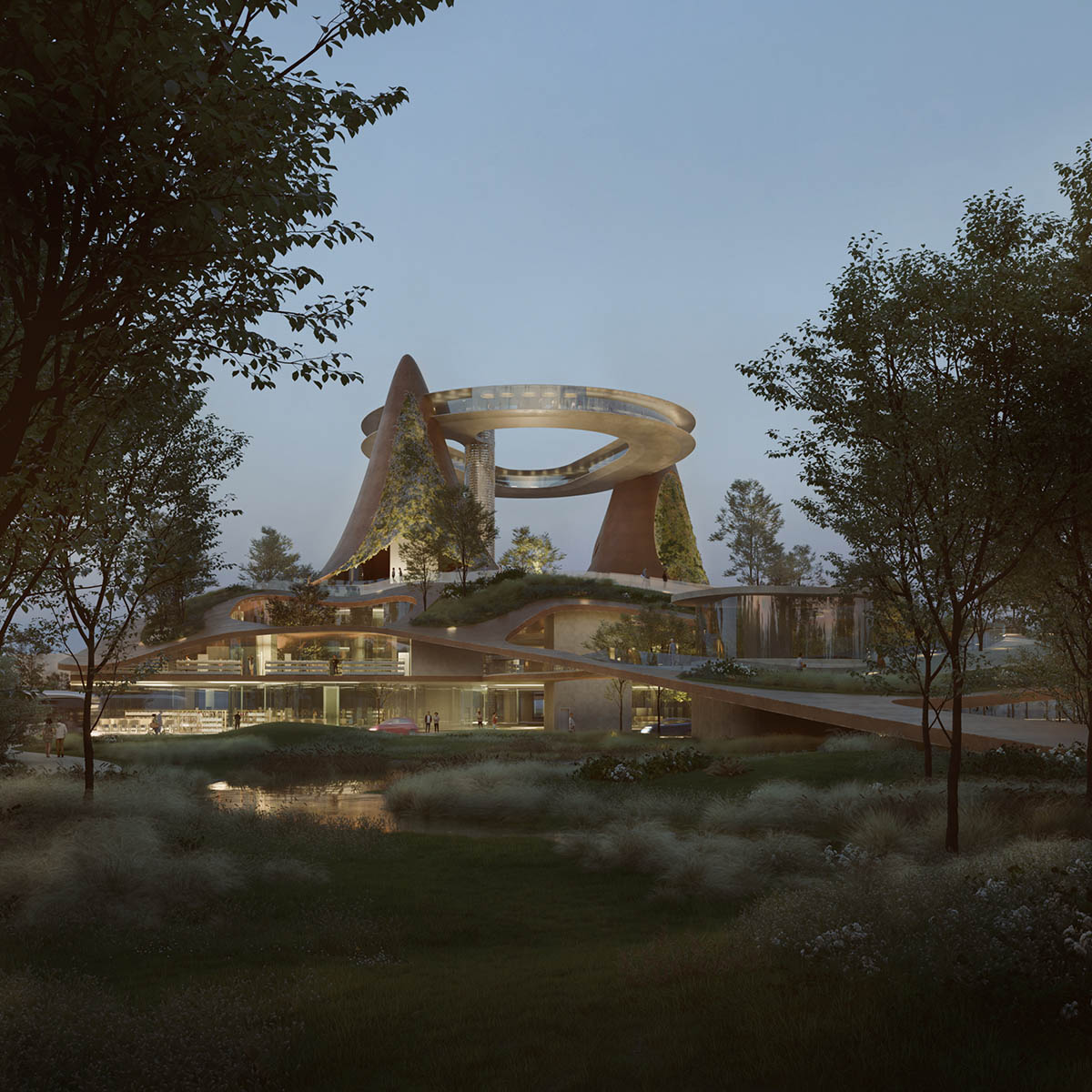 Designed as part of the Porta Vittoria Park, making accessibility one of the key points of the project, the starting point of the project was "the research into the meaning, usage, and features of a 21st-century library," according to the studio.

The building comprises a combination of different geometries: a sinuous volume that compiles different functions of the building, a pair of two hilly structures that carry the floating library roof and a one-of-a-kind elevator.

Described as a cultural hub, the complex has nine levels in total. Studio noa* reimagined the building as "a hub of creativity", aiming to create a stimulating environment for freeing the mind and acquiring new knowledge. 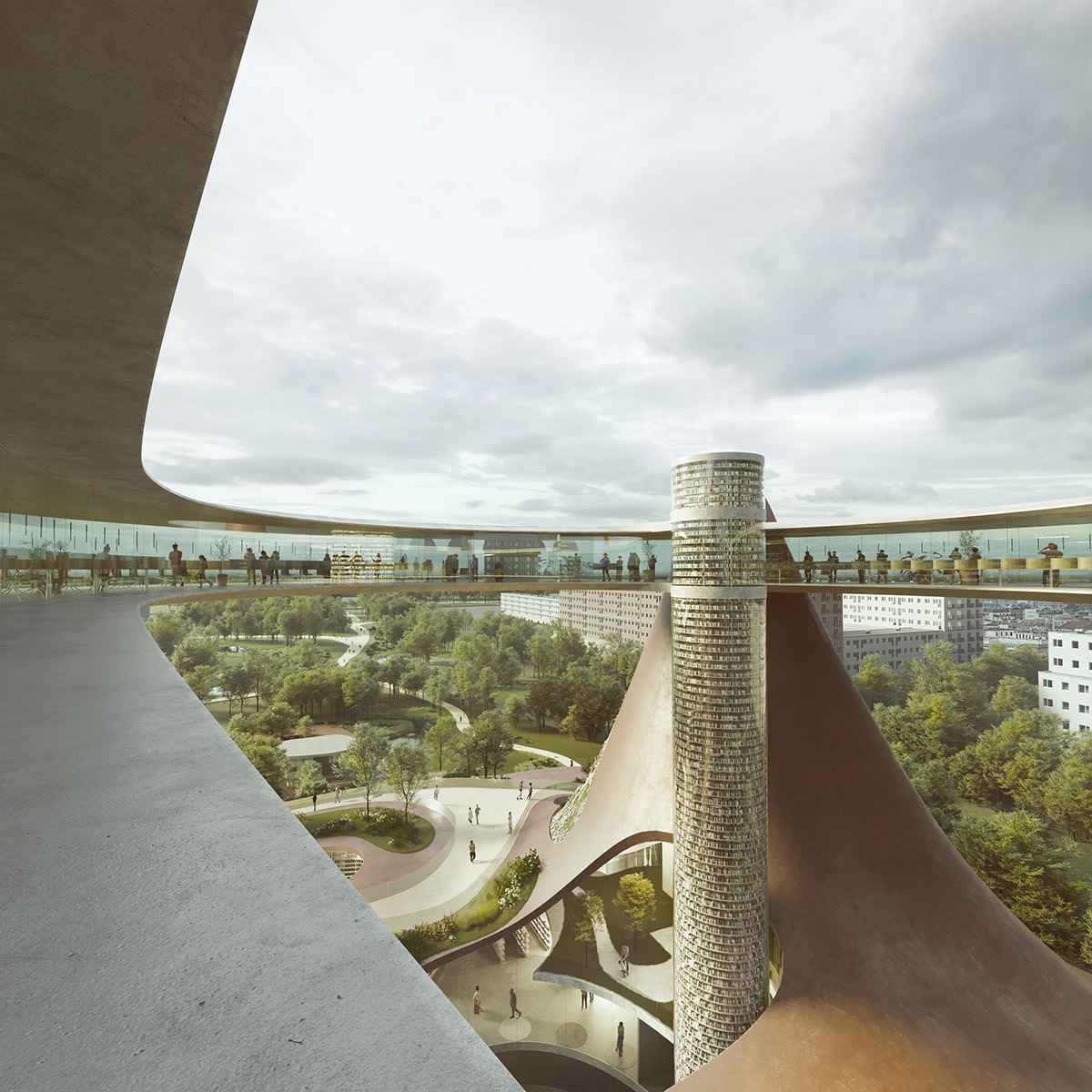 "As a prerogative, a relaxed and quiet atmosphere, as an added value, the possibility of moving in a hybrid environment breeding new ideas, where the line between inside and outside becomes blurred," said the office.

"Therefore, the design of a complex architectural structure was flanked by the creation of the natural landscape, which permeates all spaces."

The organic wave of the roof becomes the stylistic signature of the library, and it rises unexpectedly from a flourishing park. noa* wanted to make the volume to be viewed on a broader scale of urban parklands, of which the BEIC is a key element. 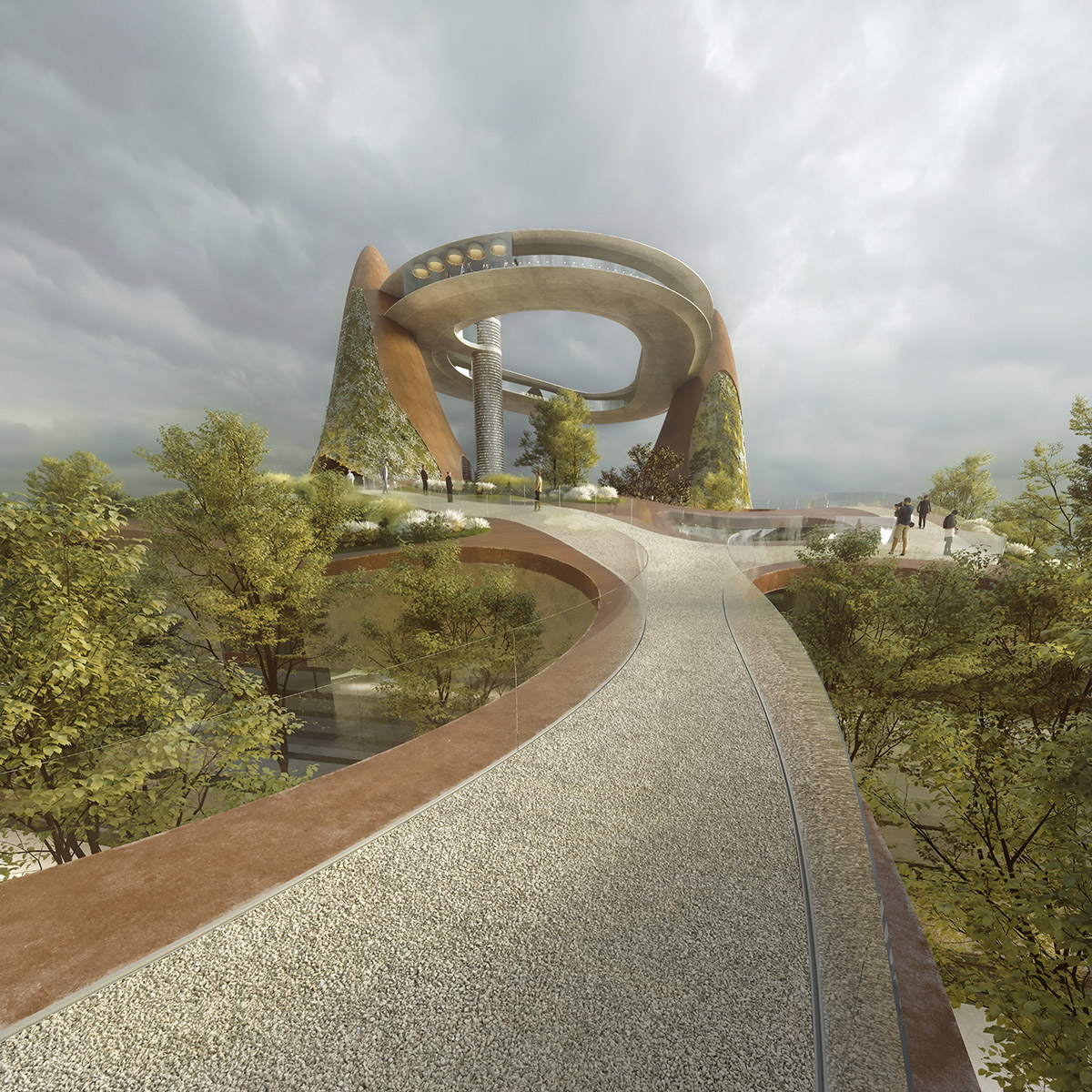 Although the library's architecture is conceived as an introverted architecture, the volume emerging from the ground also expands over part of the Porta Vittoria Park, making accessibility one of the key points of the project.

While the main volume is located on the first level, a sinuous promenade allows the complete crossing of the building. In an evocative spatial experience, the visitor is invited to discover the rich functional programme on the interior boulevard.

Access to the outside, a natural continuation of the interior spaces, is provided on every floor. A circular study room accommodates up to 200 people, with a 360 degree view over Milan, vertically closes the building. 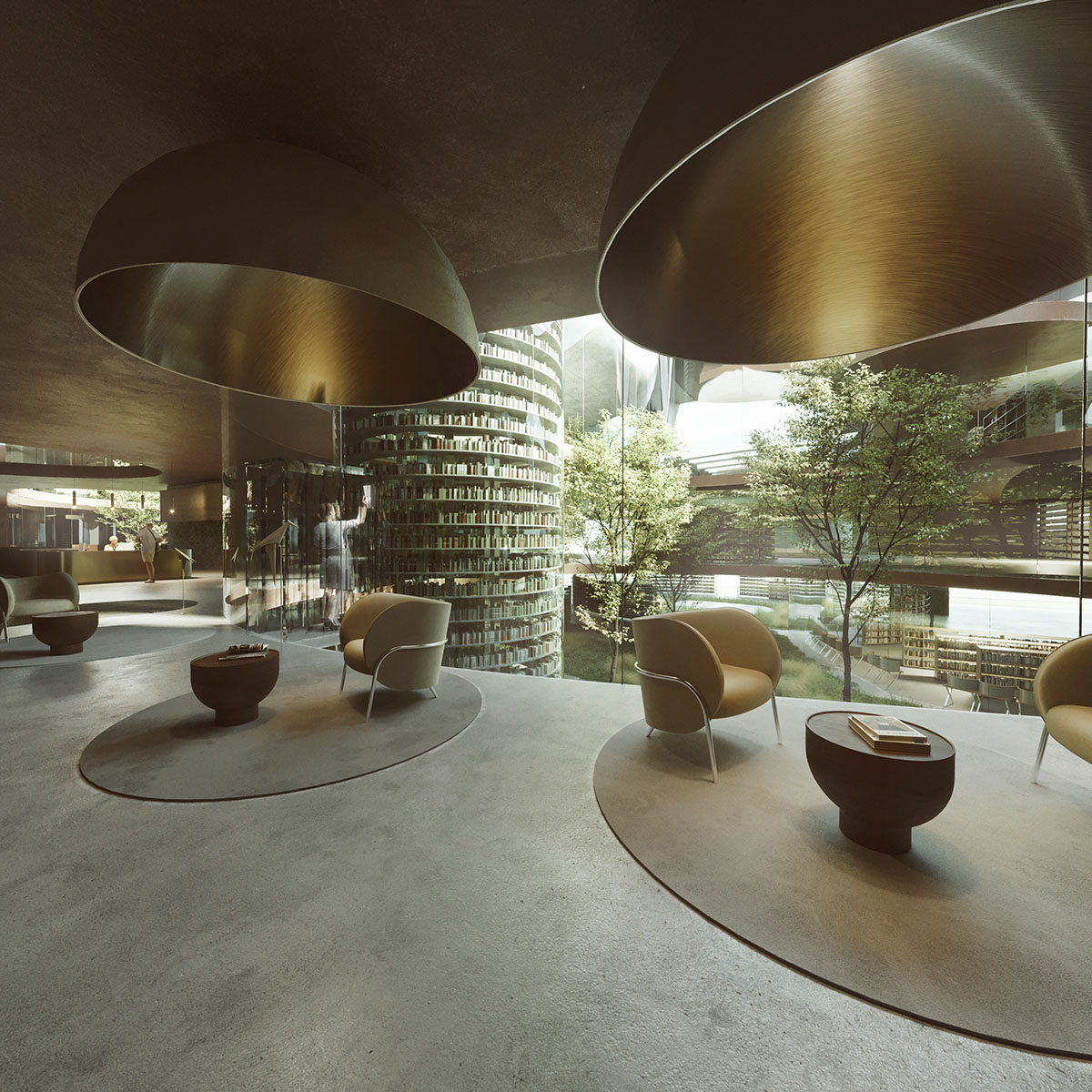 To reach it, one ascends a one-of-a-kind elevator, a proper tower of books, picked up as needed by an automated system. Through this astonishing landscape of moving books, the highest point of the BEIC is reached.

According to the studio, the building "feels like climbing a tree after having walked through a lush garden."

And not by chance, since the archetype that inspired the team of architects is the Garden of Eden, where the Tree of the Knowledge of Good and Evil grows. The biblical episode linked to it is perhaps one of the narratives philosophers have drawn on most to portray humanity. 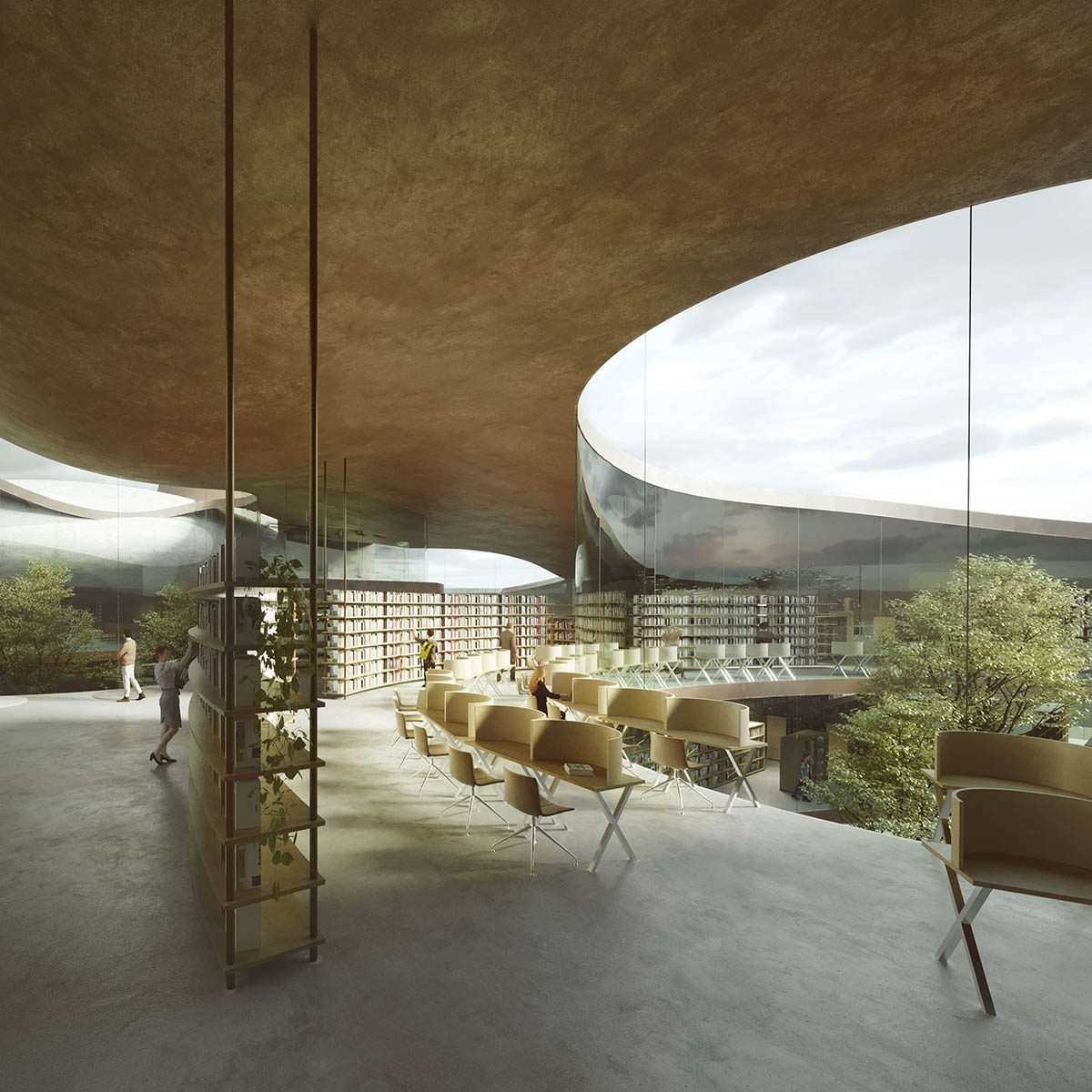 According to Hegel, by eating the forbidden apple from the Tree of Knowledge, Eve was the first person to stand apart from the animals, acquiring consciousness and intentionality in doing.

When Eve became interested in the unknown, paraphrasing, libraries found their raison d'être. On the roof of the BEIC, studio noa* wanted to recreate an earthly Eden, where the office could celebrate the beauty of knowledge and continually encourage people to reach out to unknown worlds. 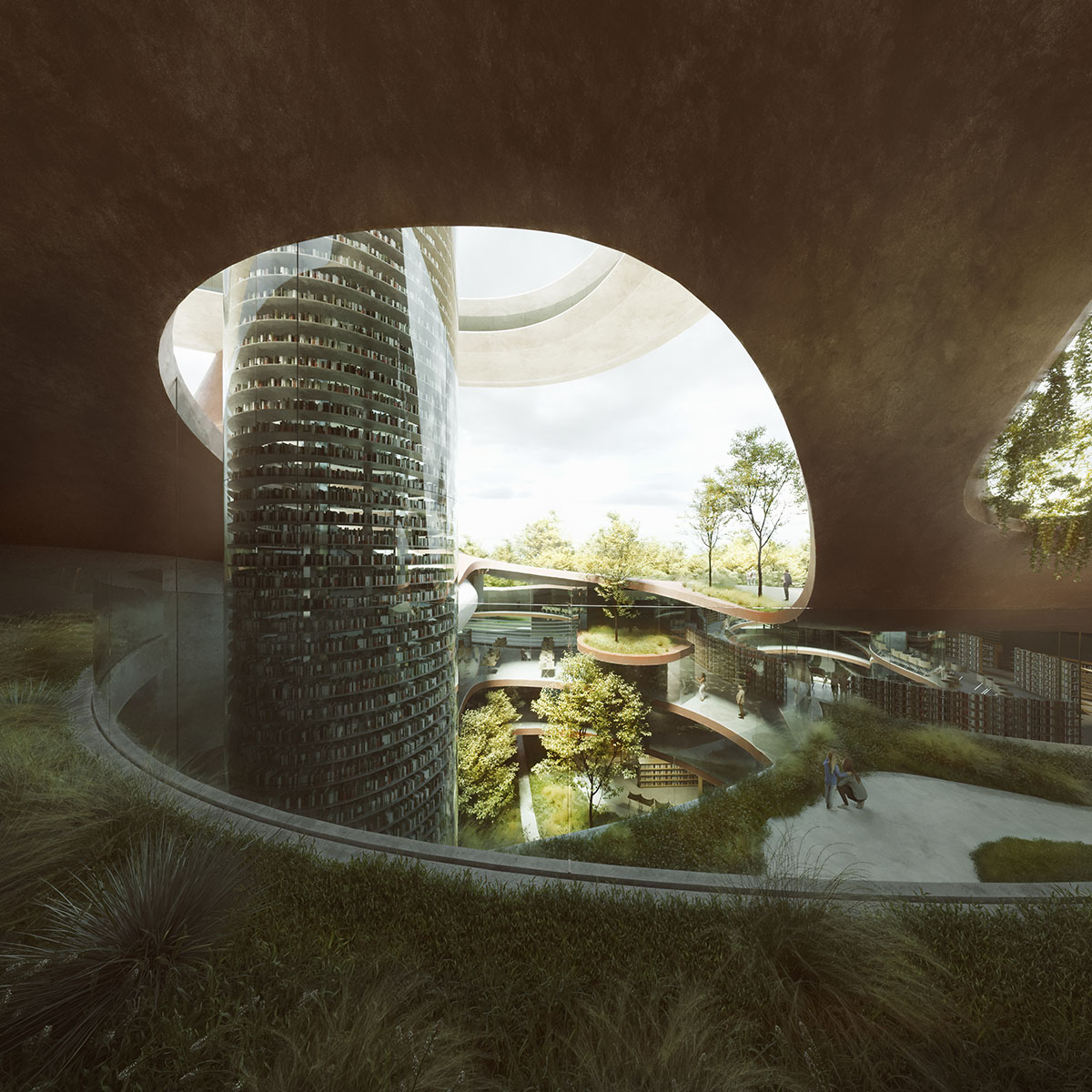 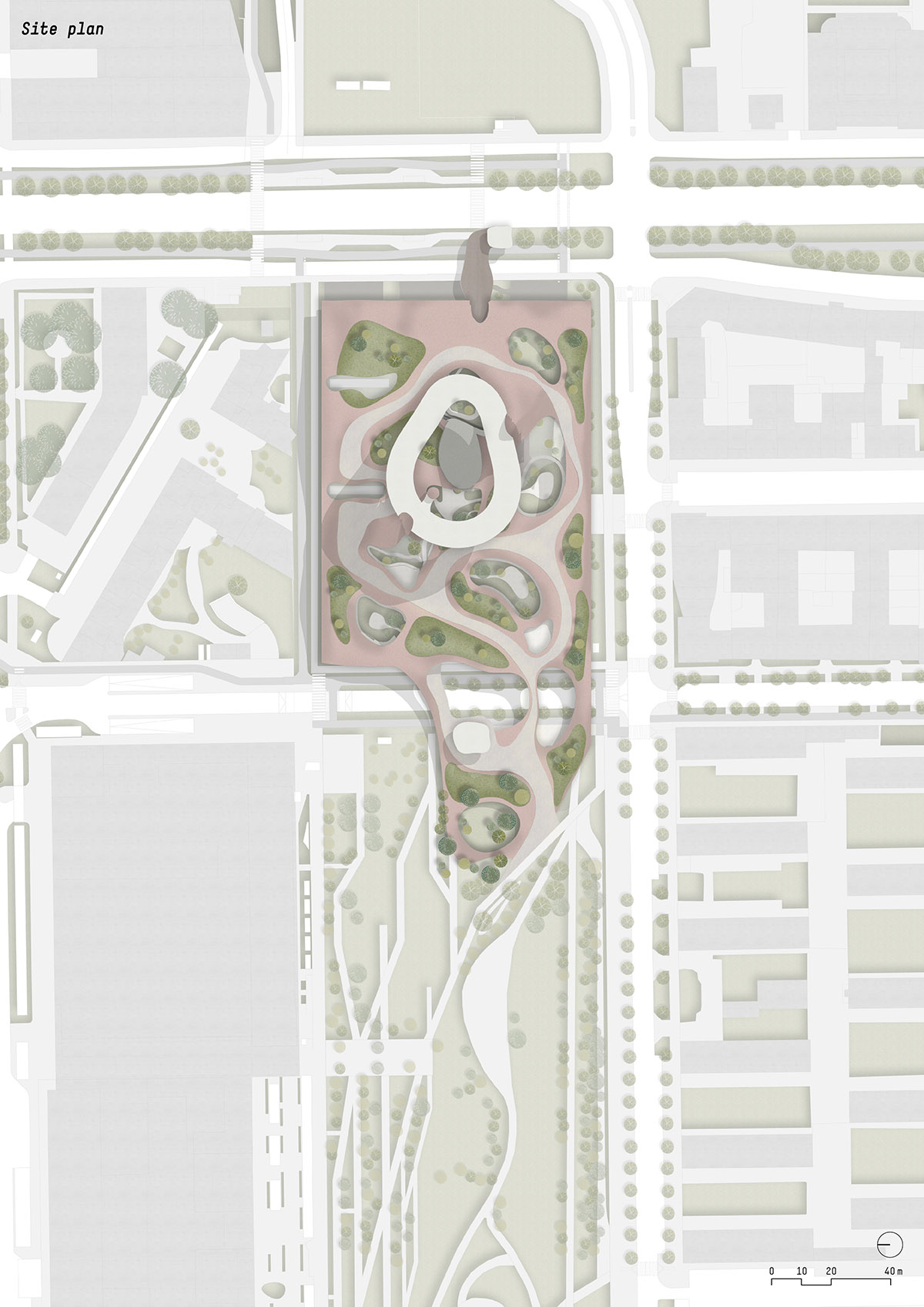 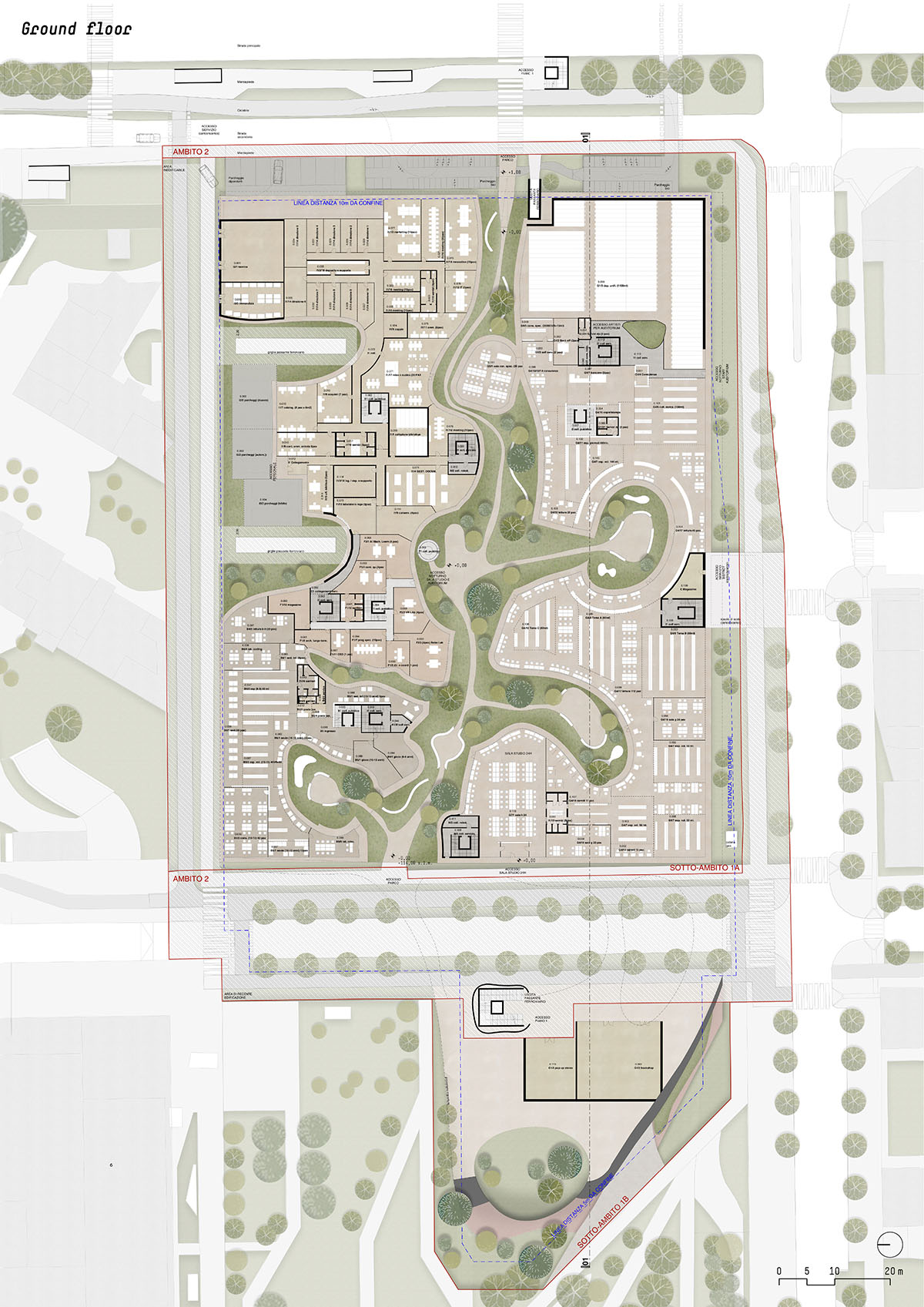 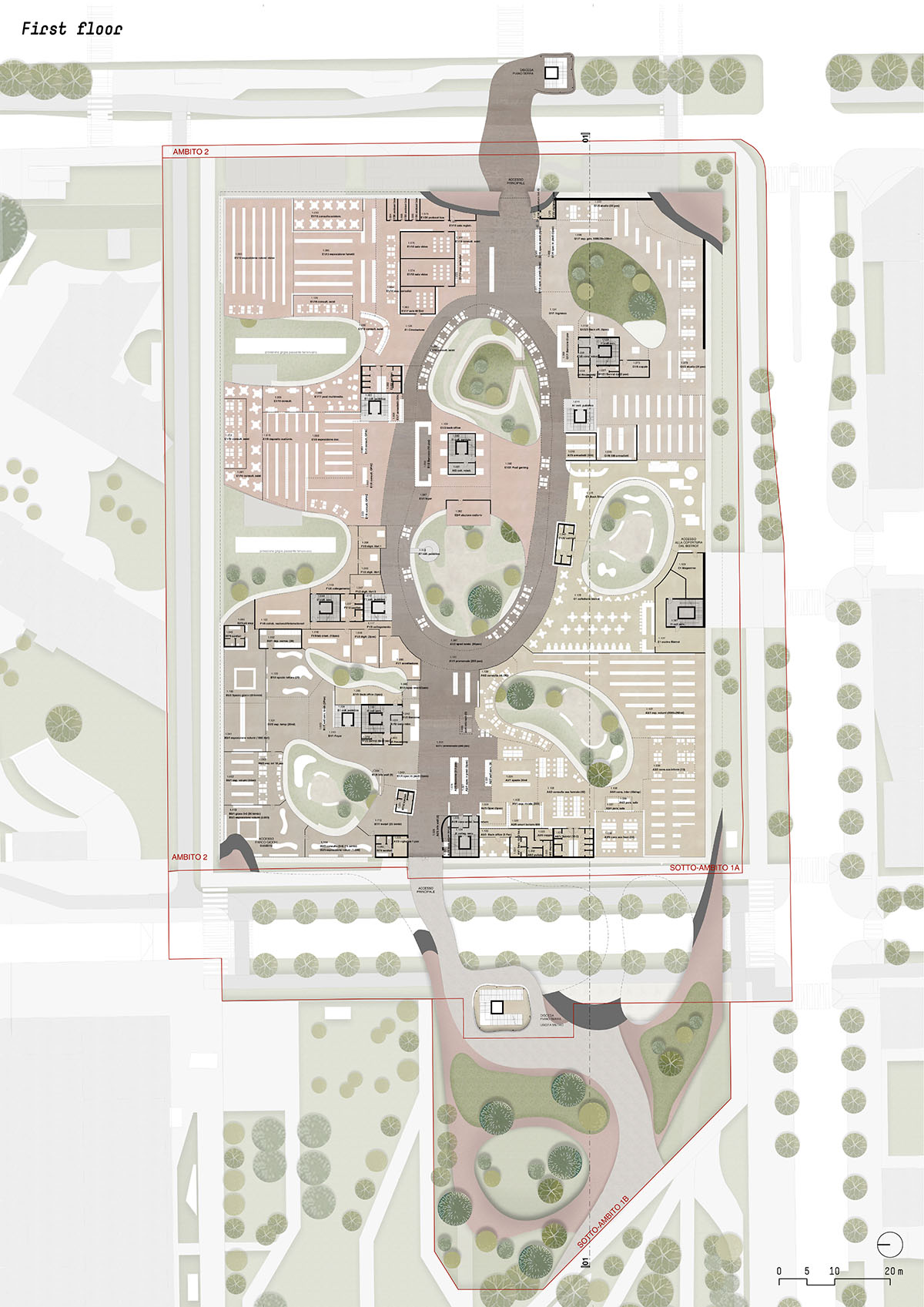 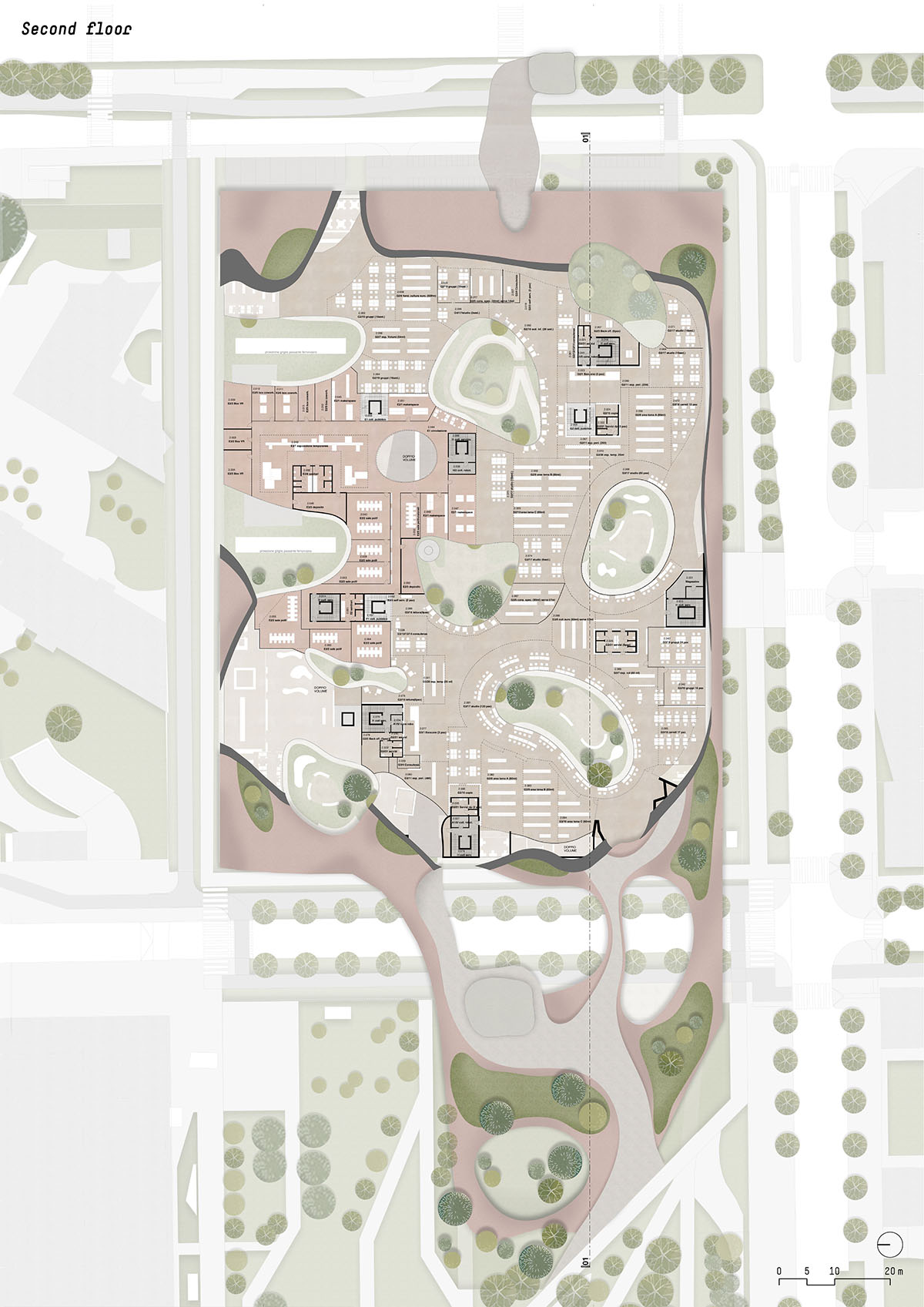 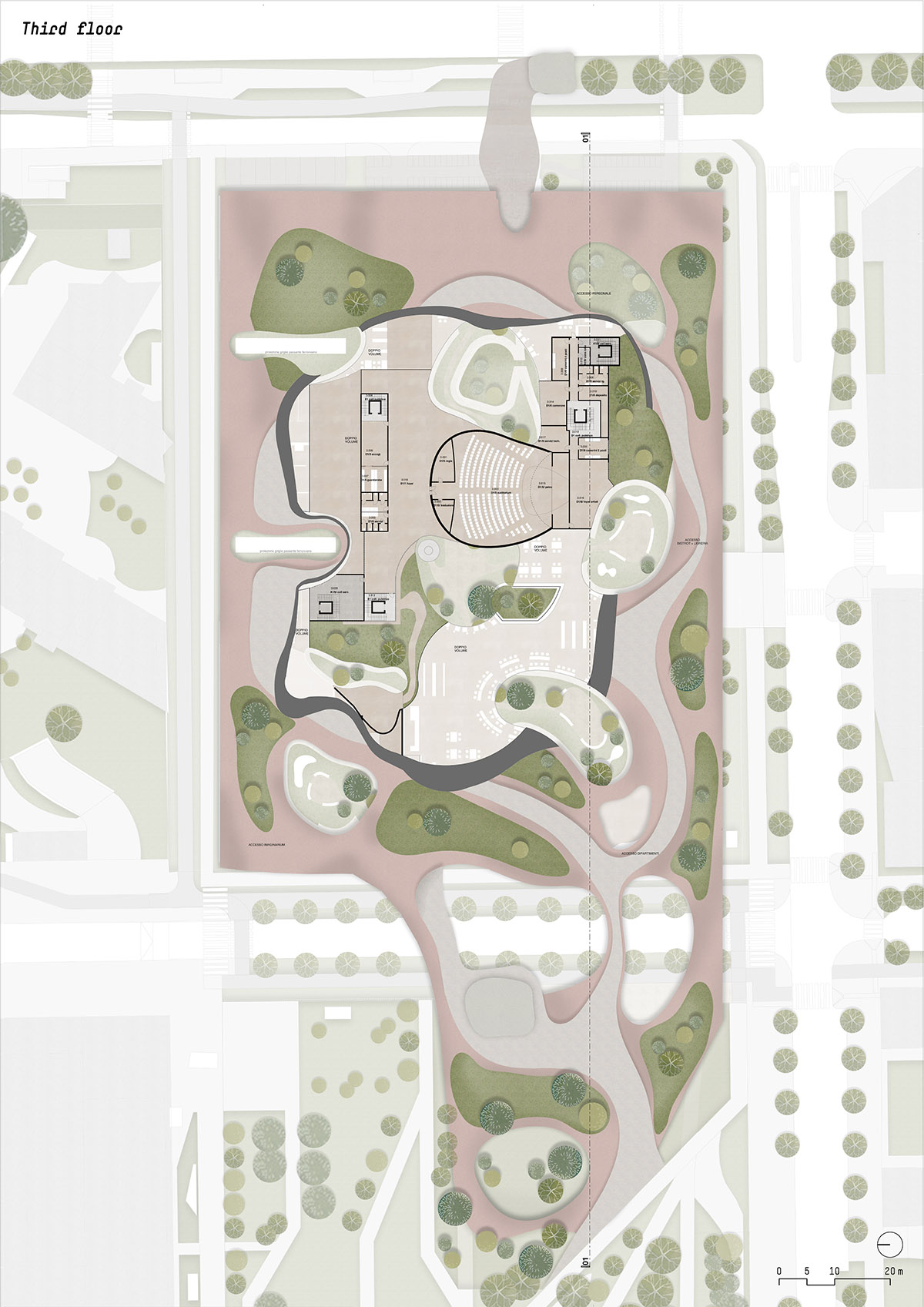 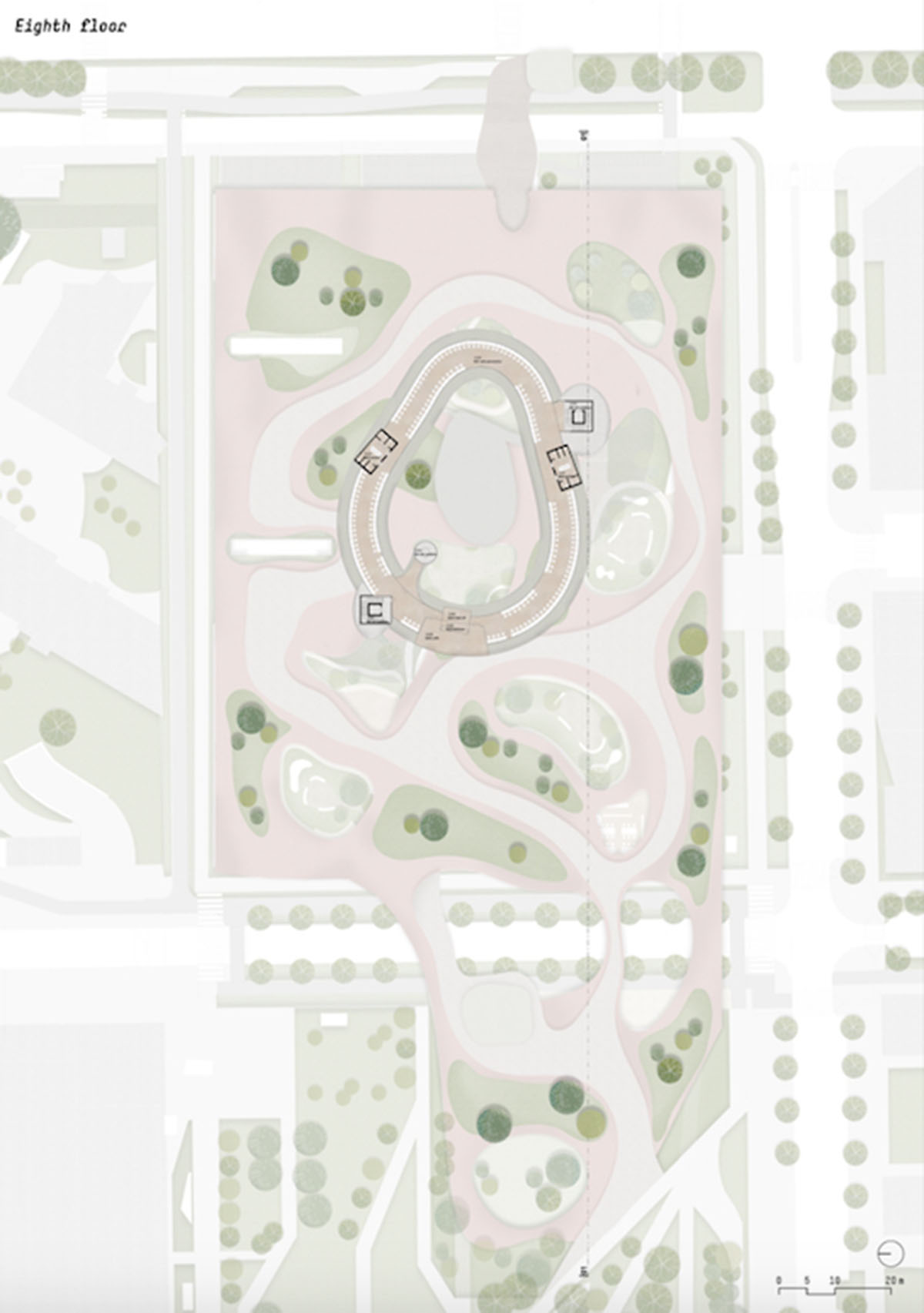 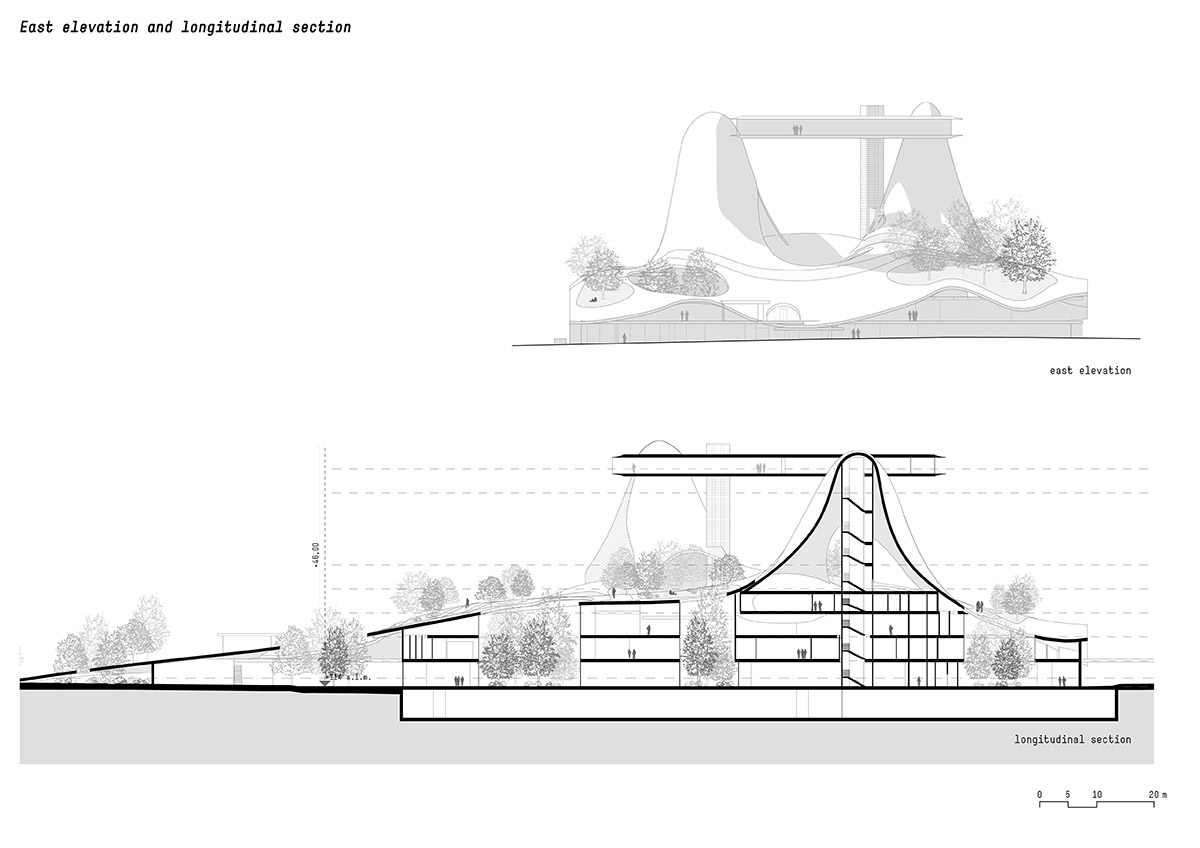 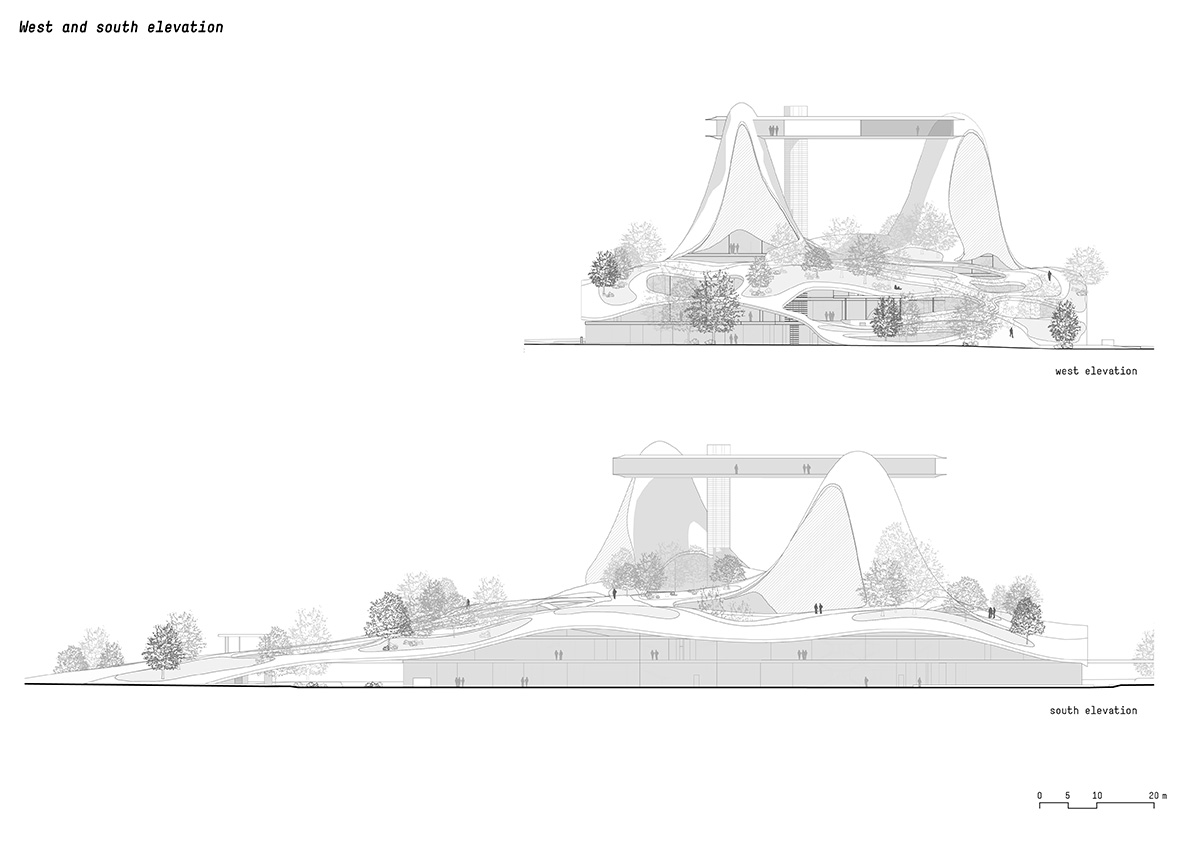 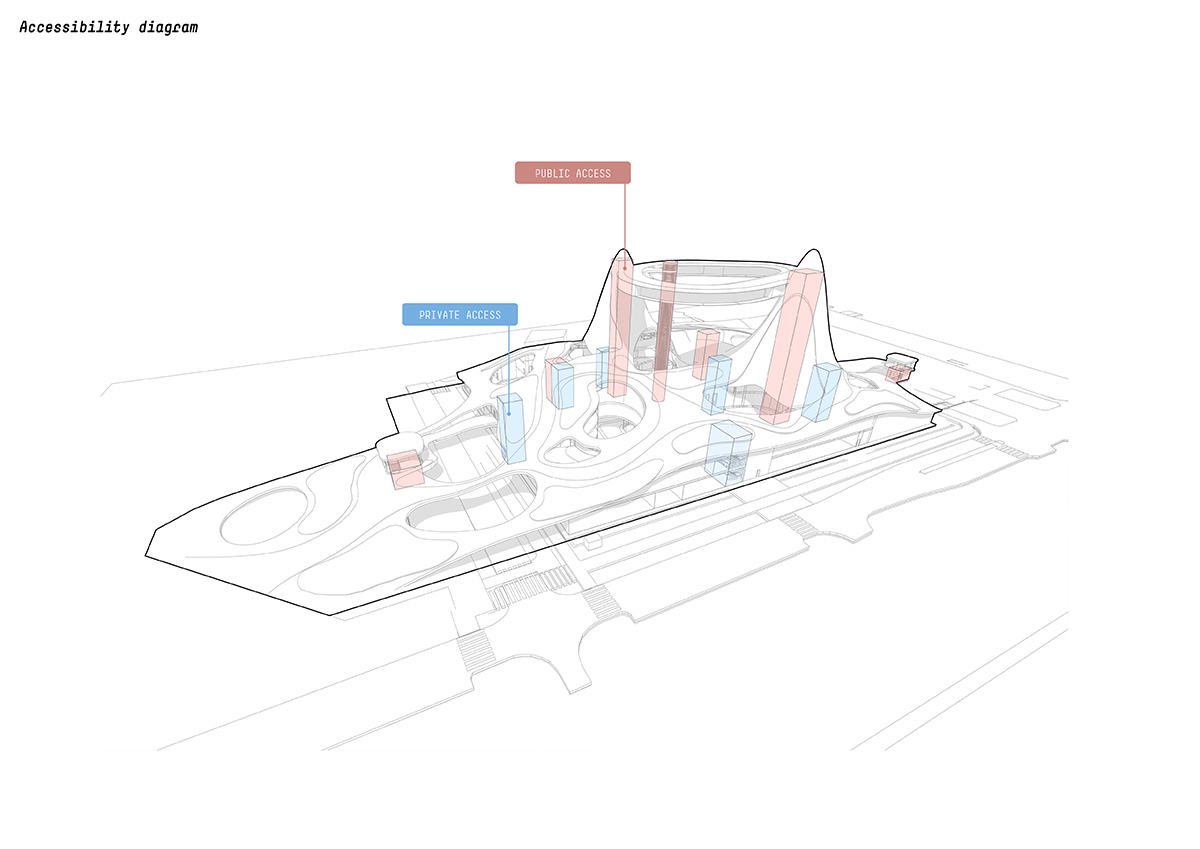 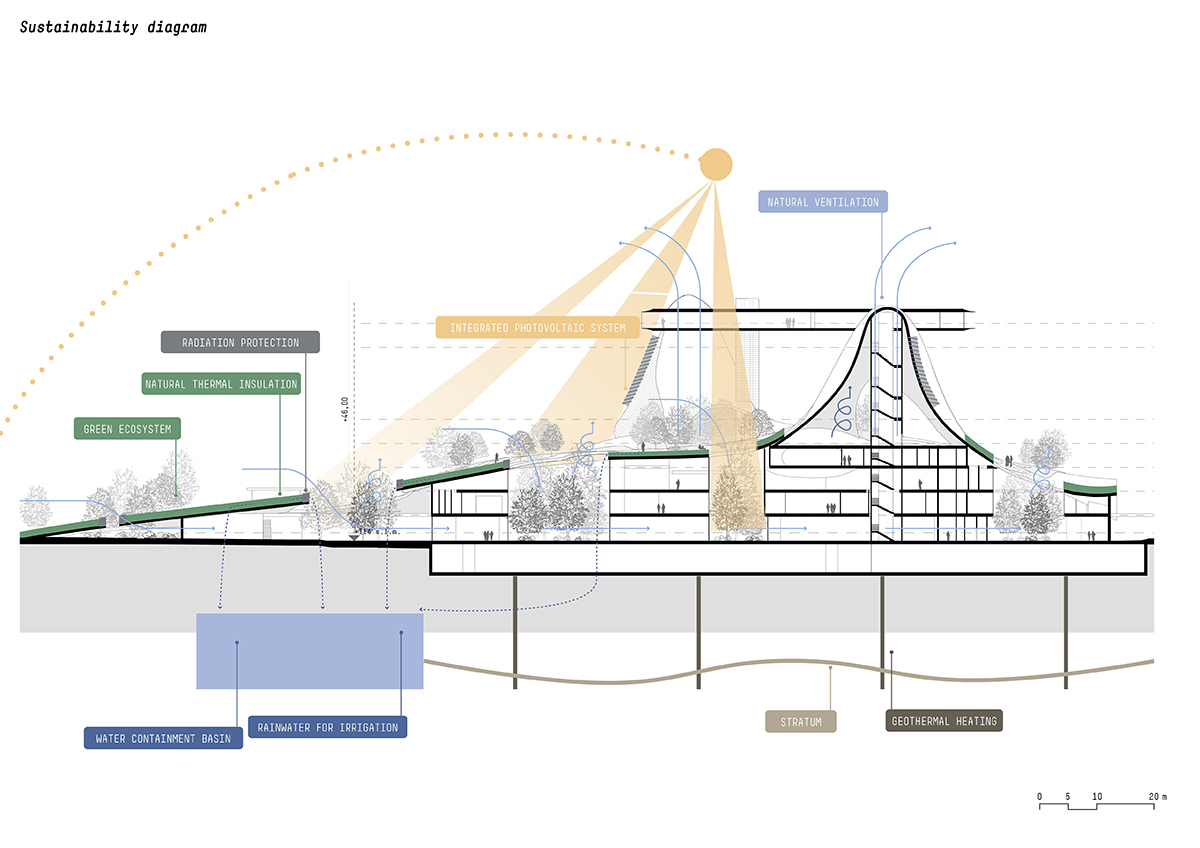 noa* was founded in 2011 by Lukas Rungger and Stefan Rier. Based in Bolzano and Berlin, the studio explores and examines interdisciplinary methods of design, continuously evolving depending on both nature and requirements of each project.

noa* recently completed the transformation of a 19th-century workshop house into a bohemian-style bistro with deep alcoves in Bolzano, Italy.

The studio also converted a 18th century hotel building into an apartment in Paris and revealed Colorado Holiday Villa on rocky mountains.

Client: International design competition held by the Municipality of Milan and the BEIC Foundation