Named SND Taikoo Li Qiantan, the 136-square-metre store is inspired by remaining ancient temples in deserts, aiming to create spatial aesthetics rather than about a pretty appearance.

The interiors feature grey-colored palette and layering surfaces that wrap the whole store. 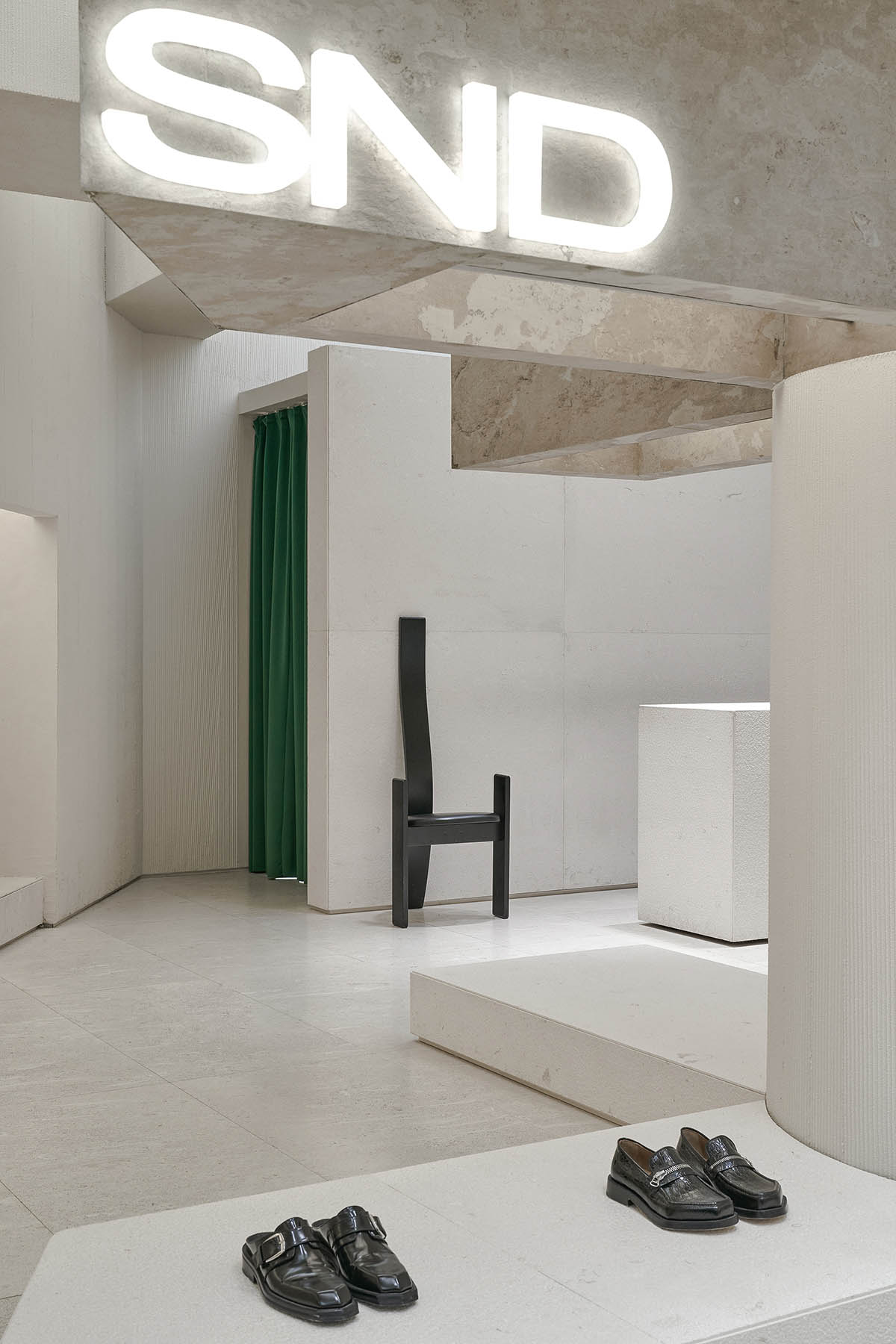 The design practice believes that good design needs to not only support the operation of space and convey emotions and brand charater, but also take root in cities and influence local culture.

In spite of the limited spatial scale, the store shows a unique identity and erects stately in one of the most prosperous shopping destination in Shanghai. It conveys the brand's independent attitude of not going with the flow and not being defined by common standards. 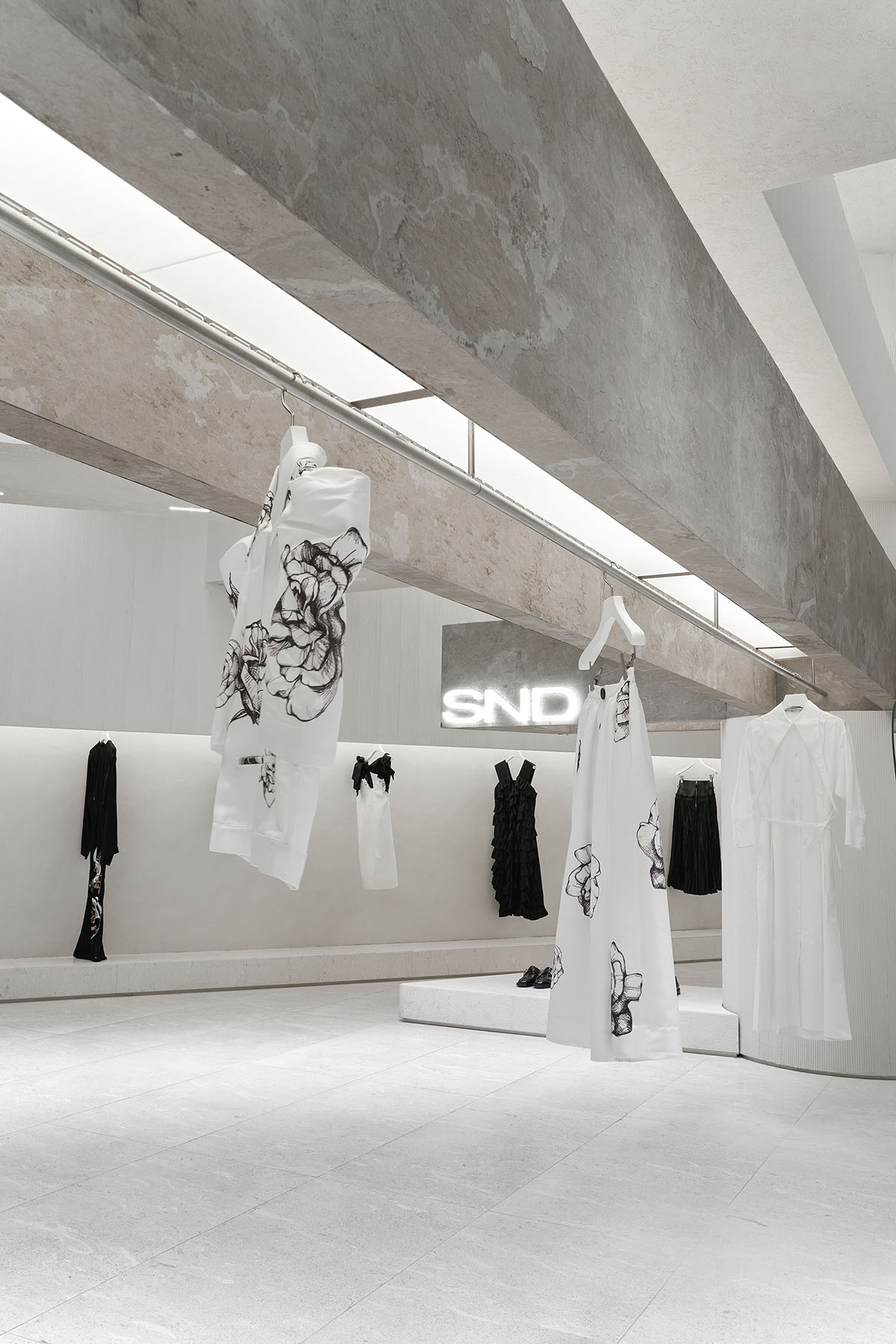 Occupying about 136 square meters, the site is cramped for a boutique fashion store that introduces products from several hundreds of brands. The ceiling height of the original space was relatively favorable.

The store needs to be open to the shopping center inside and the windows facing the outside. 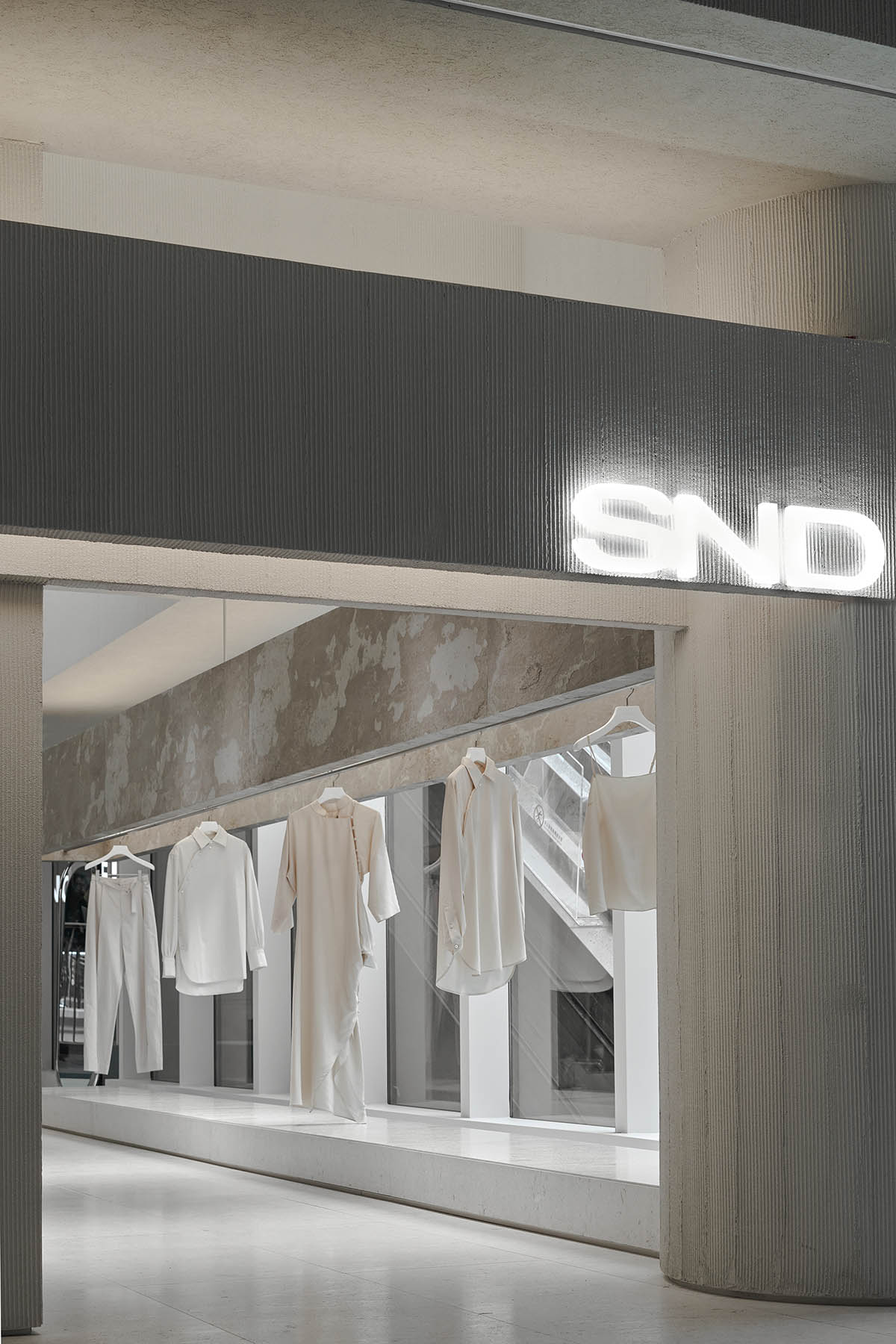 Based on the site's conditions, Various Associates intended to create a space featuring a sense of layering, architecture and artistry, to continue the genes of other stores they conceived for SND.

For that purpose, the design team created several layers of suspended beams in the space, which was inspired by the weathered rough textures and broken aesthetics of ancient temples in deserts. The simple but powerful structural relations on horizontal and vertical levels ensure the transparency of the space, and also strength its sense of depth and the priority system for commodities display. 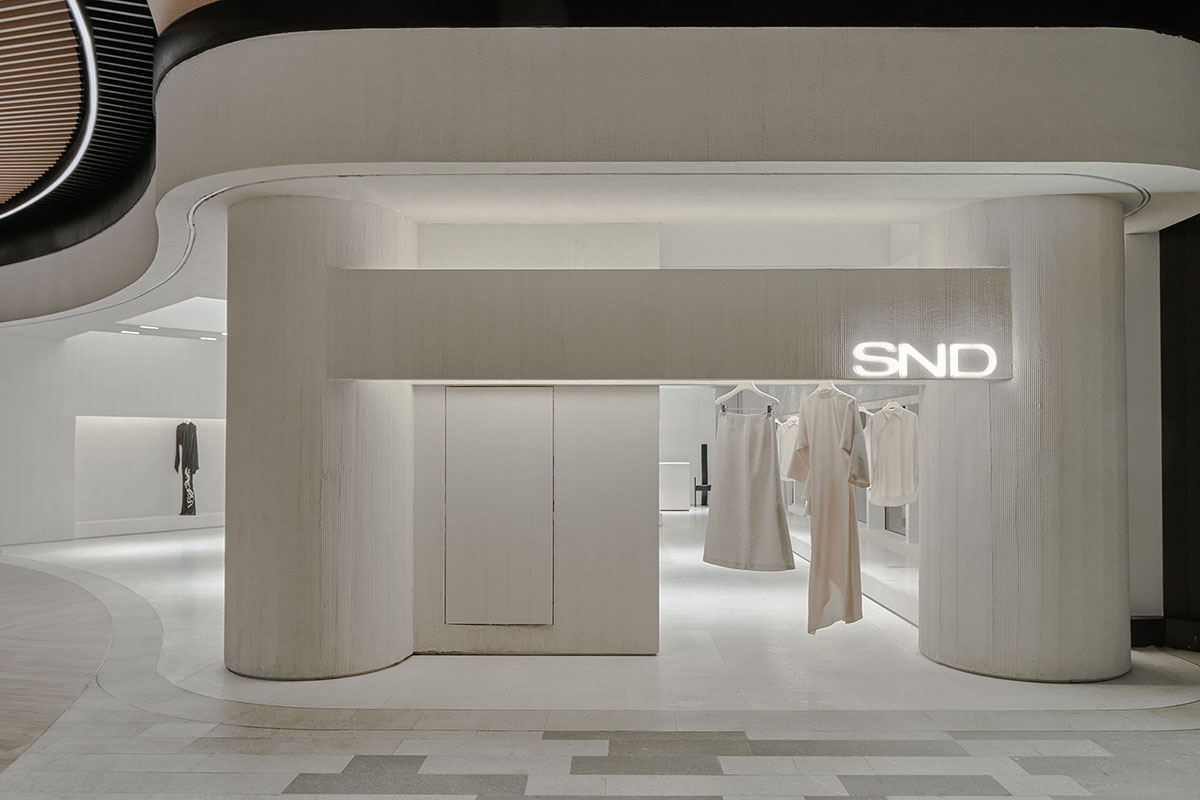 Beams and columns at each layer visually expand the space by fully utilizing height differences. Besides, pipelines and equipment are subtly arranged and hidden in beams and columns, which is a great difficulty of the project. 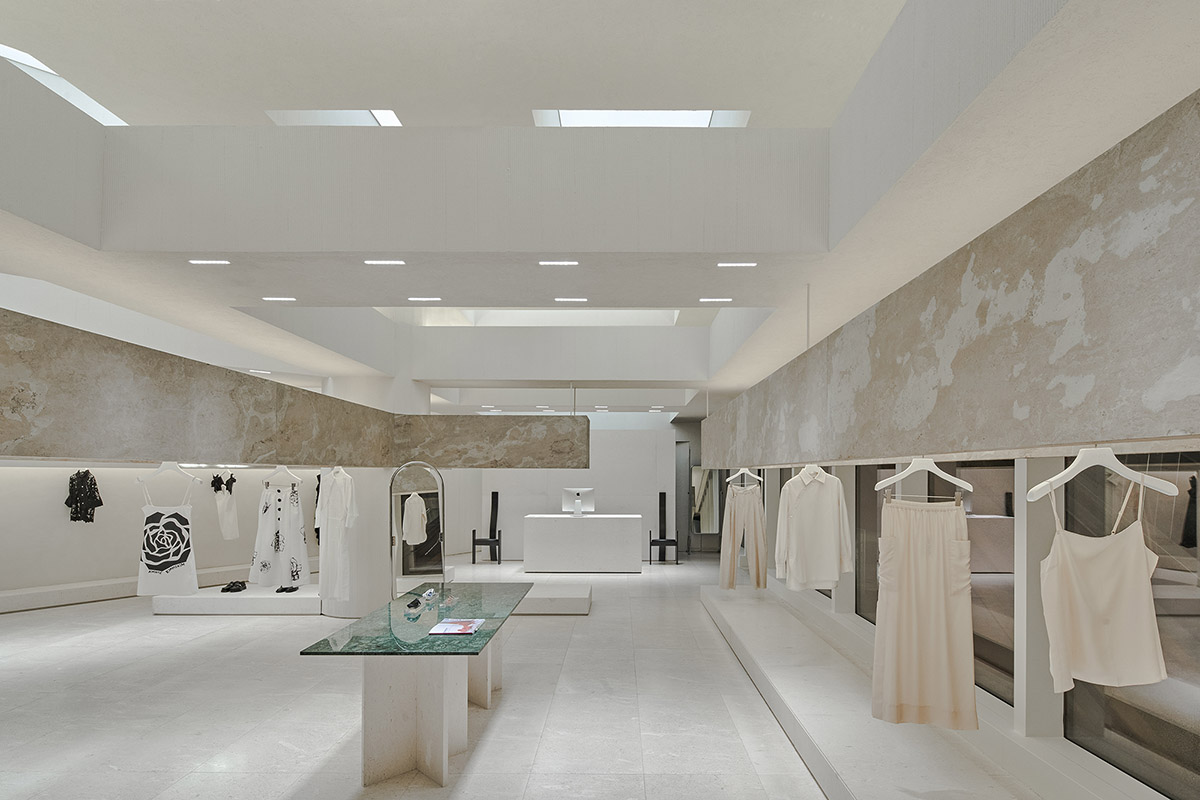 As for the material scheme, rough light-colored textured paint is applied, which recalls the ground paved with beige stones in Europe. In addition, ultra-thin stone veneers of the suspended beams show a textural contrast, and present a solid, rough feeling in soft pale hues. 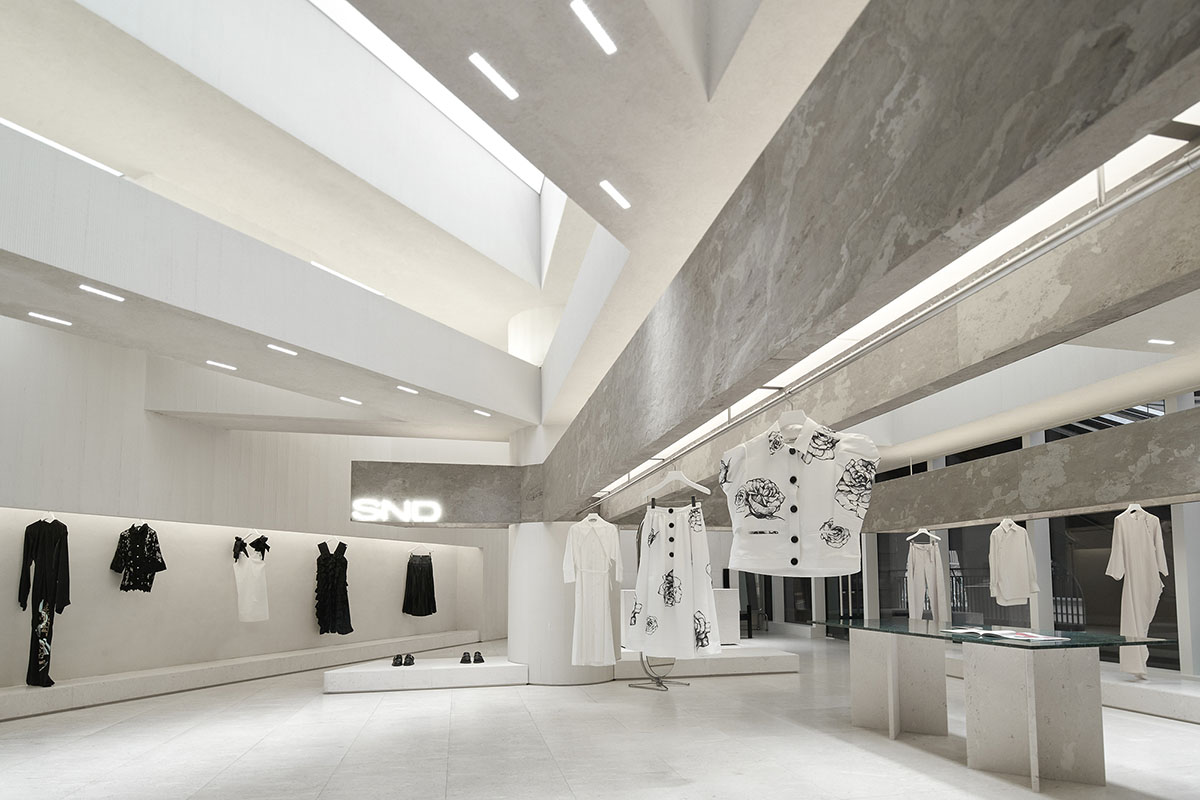 An orderly sense of layering runs through the overall place. Layered structures at different heights guide people's sightlines to provide a comfortable visual experience, and meanwhile turn the originally complicated ceiling system laid with electrical and mechanical pipelines into a feature and highlight of the space. 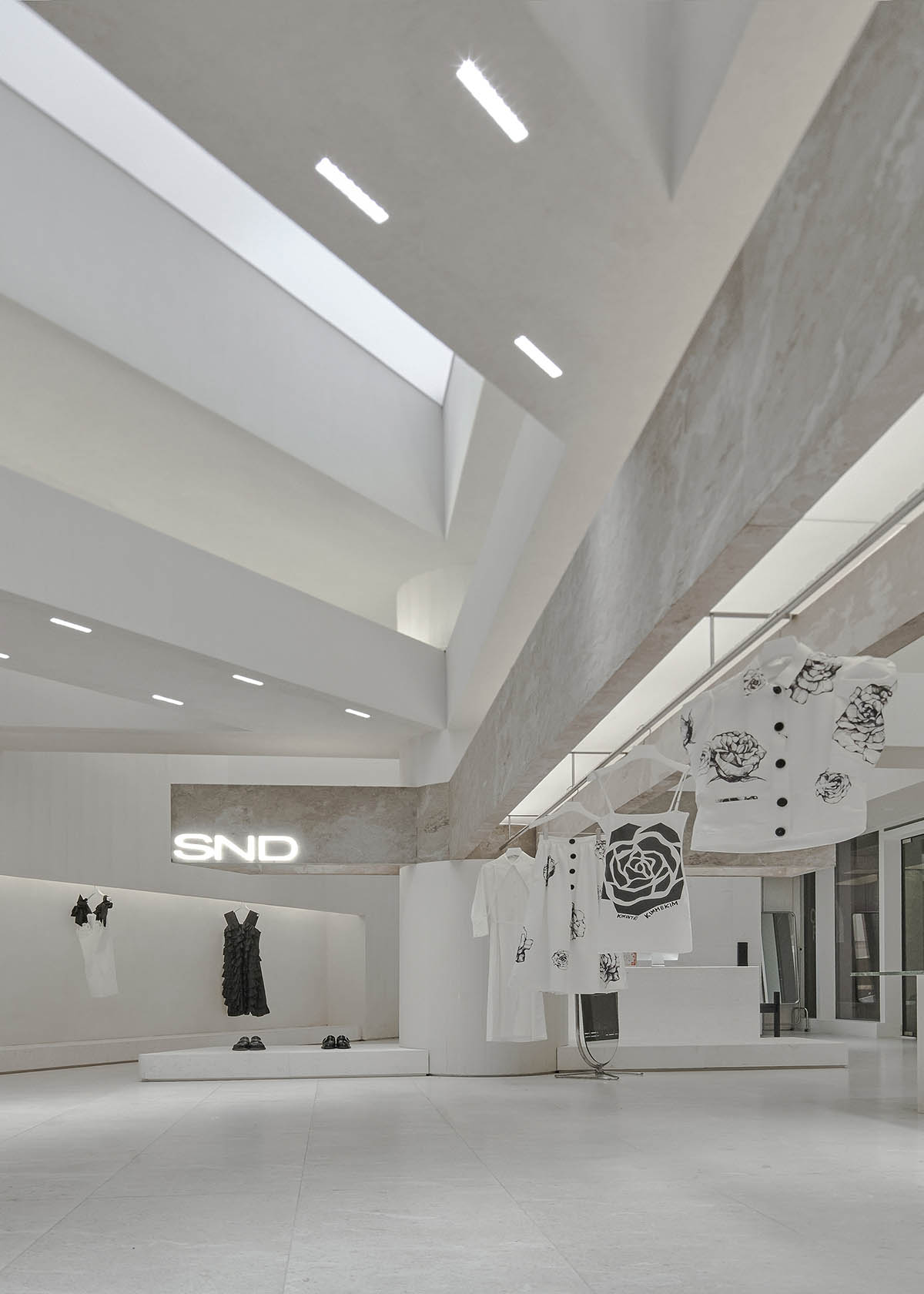 The smooth green stone panels in low saturation forms a subtle balance with the rough pale walls and beams, together adding an elegant yet primitive touch to the space.

Located behind the cashier's desk, fitting rooms are hung with green curtains, which inject fresh vitality into the space like the plants growing tenaciously in deserts. 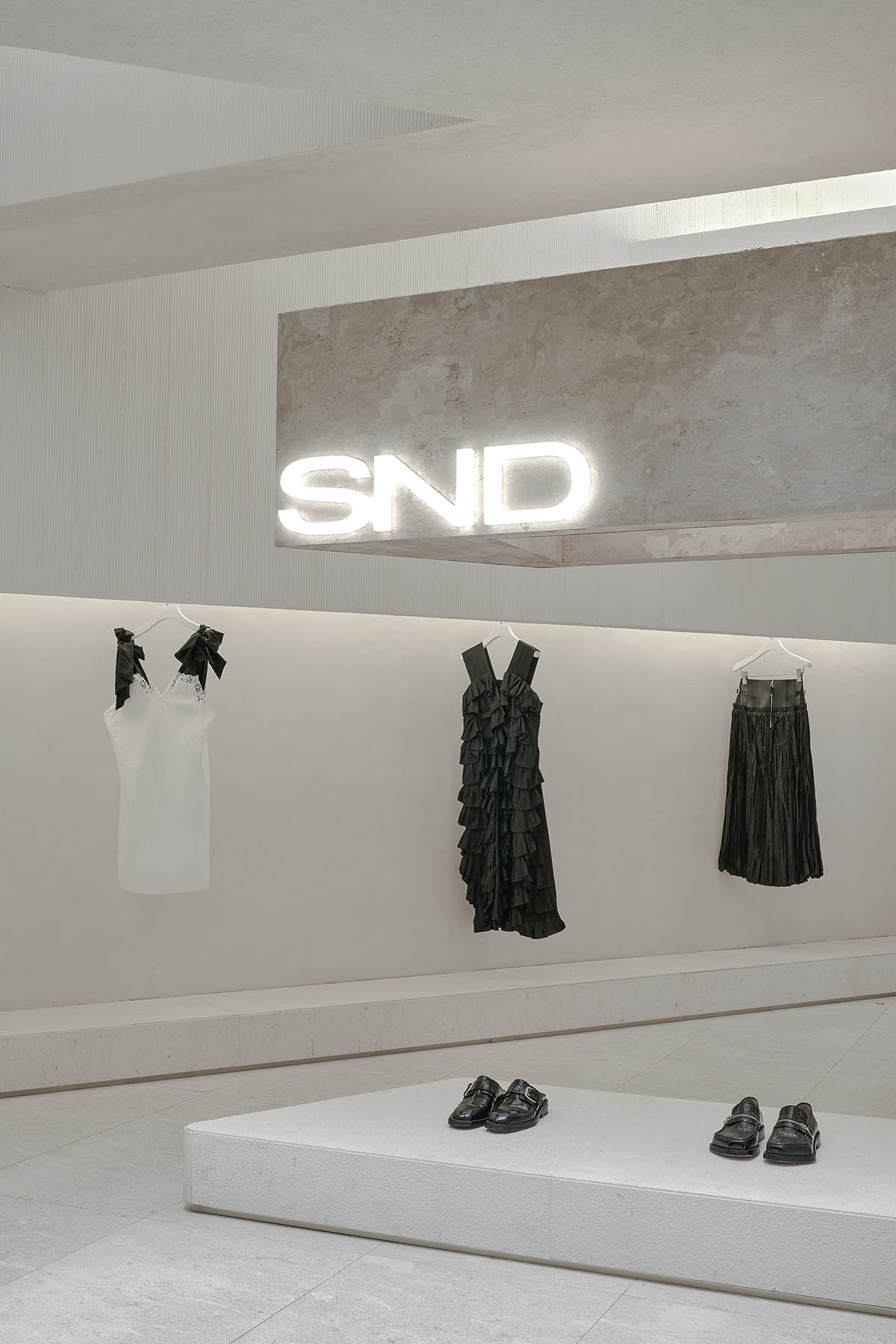 Currently, flamboyant and bizarre spatial forms seem to be the most popular choice for attracting attention, but SND prefers to present rational and low-key restraint in its retail spaces.

Also, Various Associates intends to keep logical thinking in design creation in spite of following trends, and works to create an everlasting, aesthetic space that convey the brand's emotions and character. After all, products should always be the protagonist in the retail space. 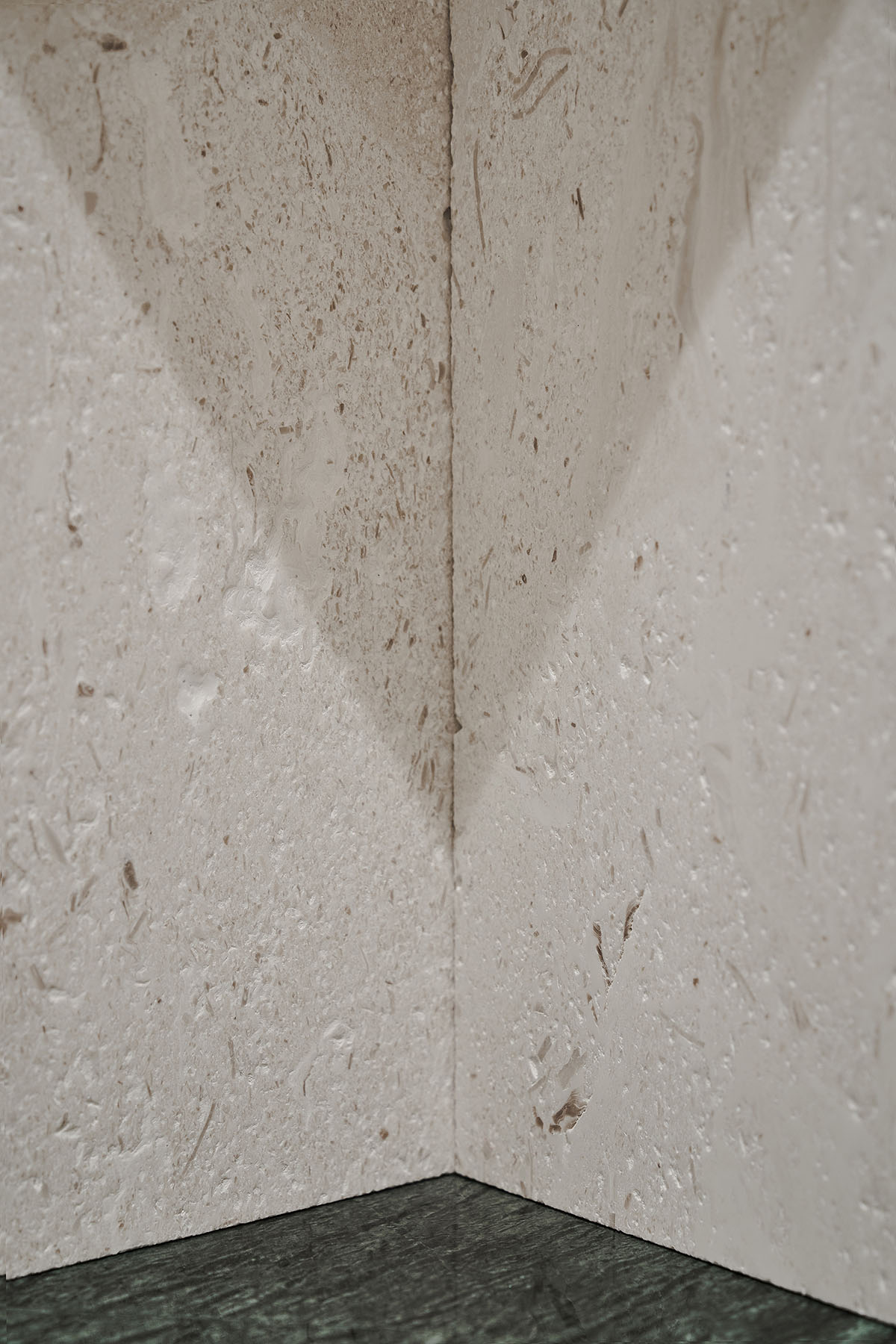 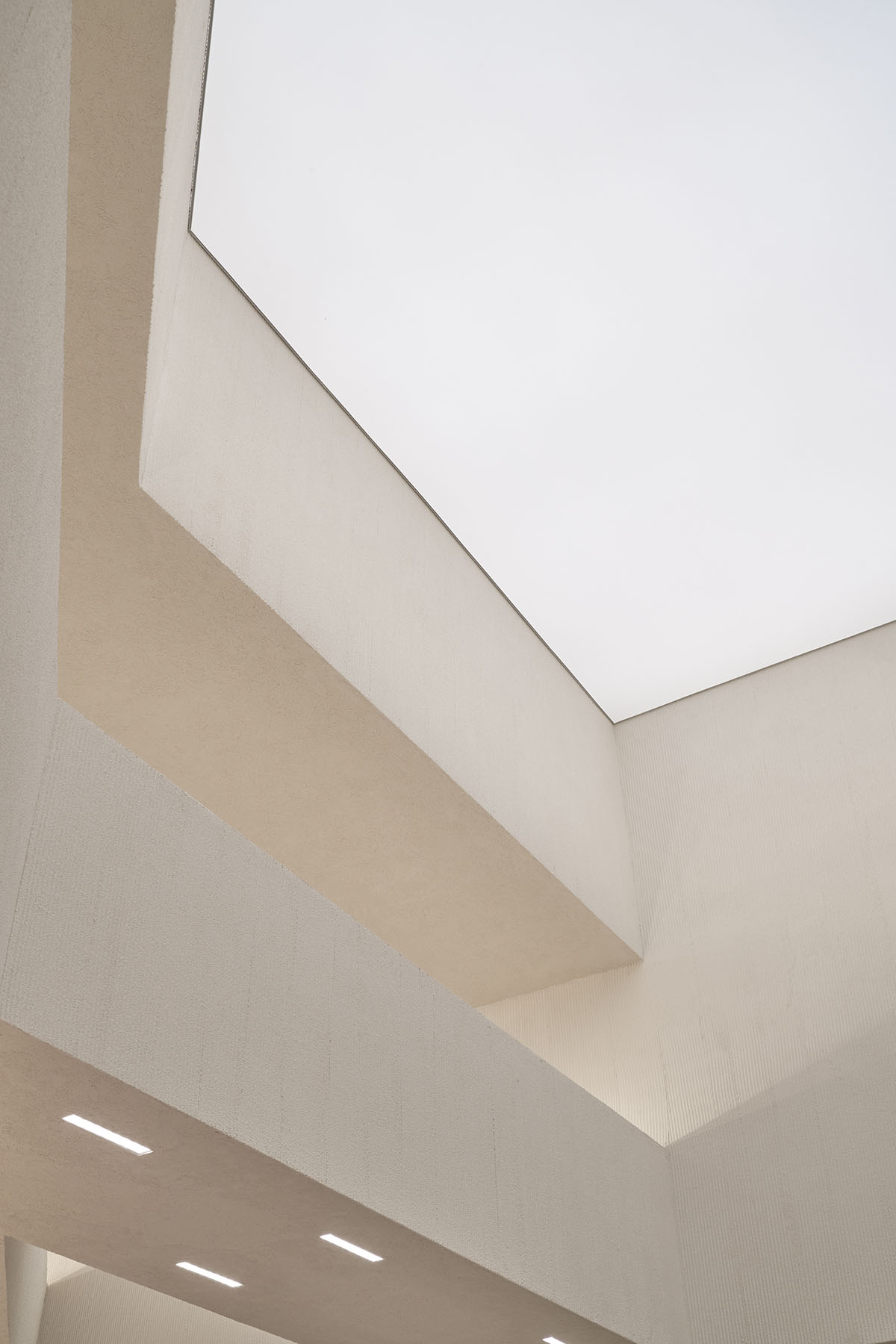 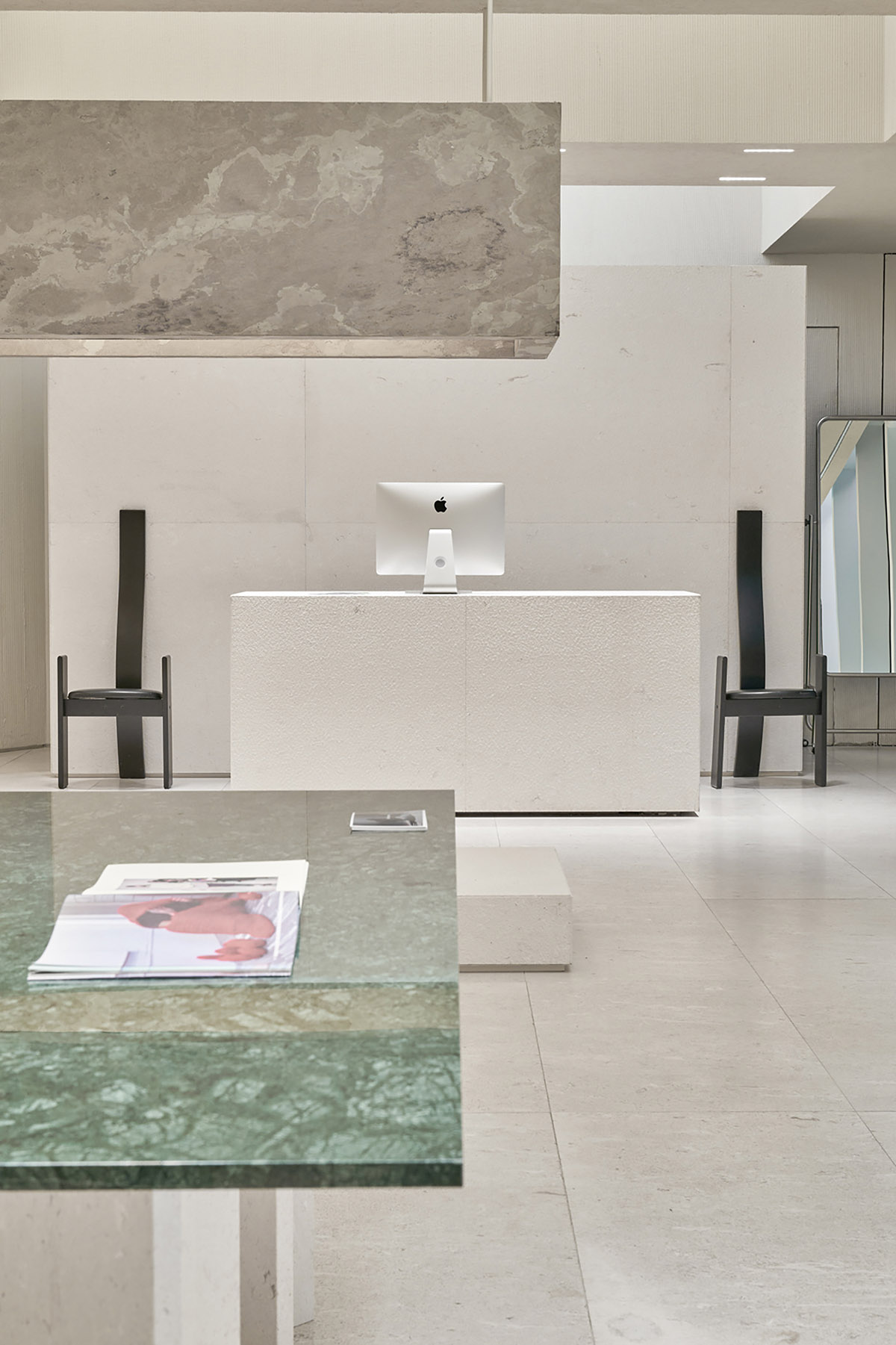 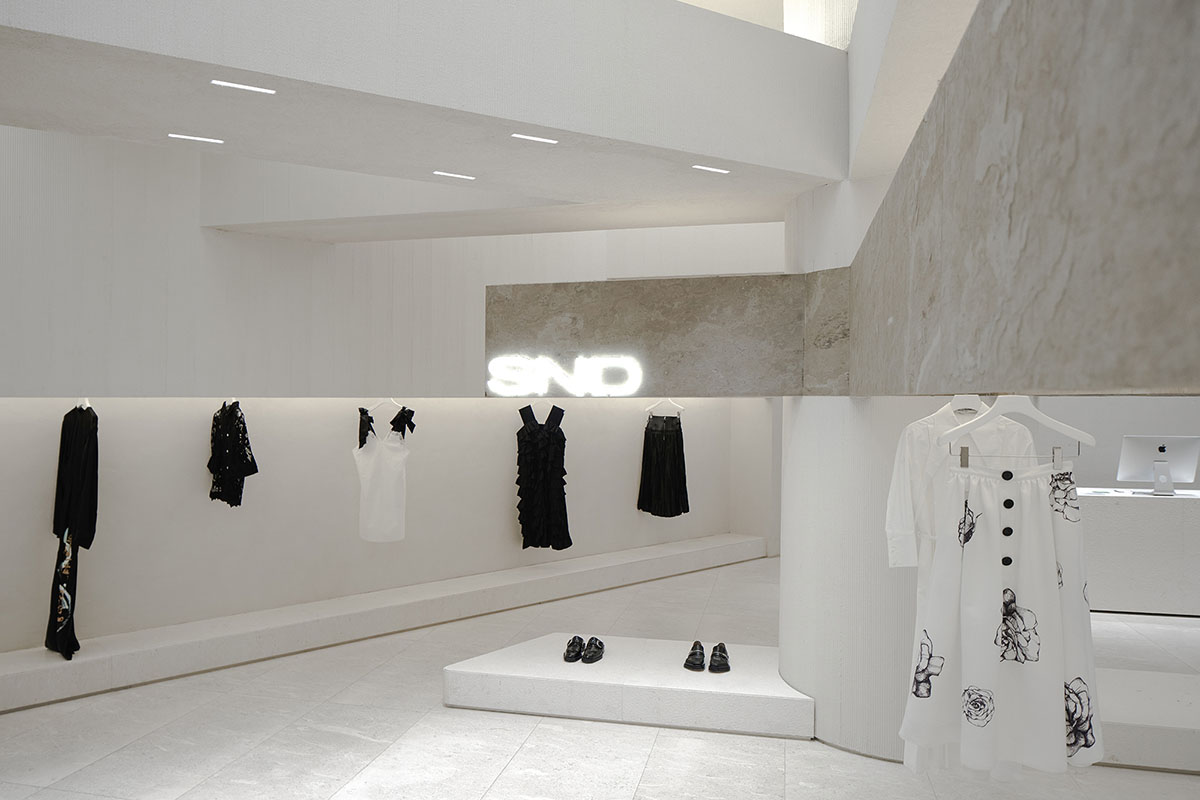 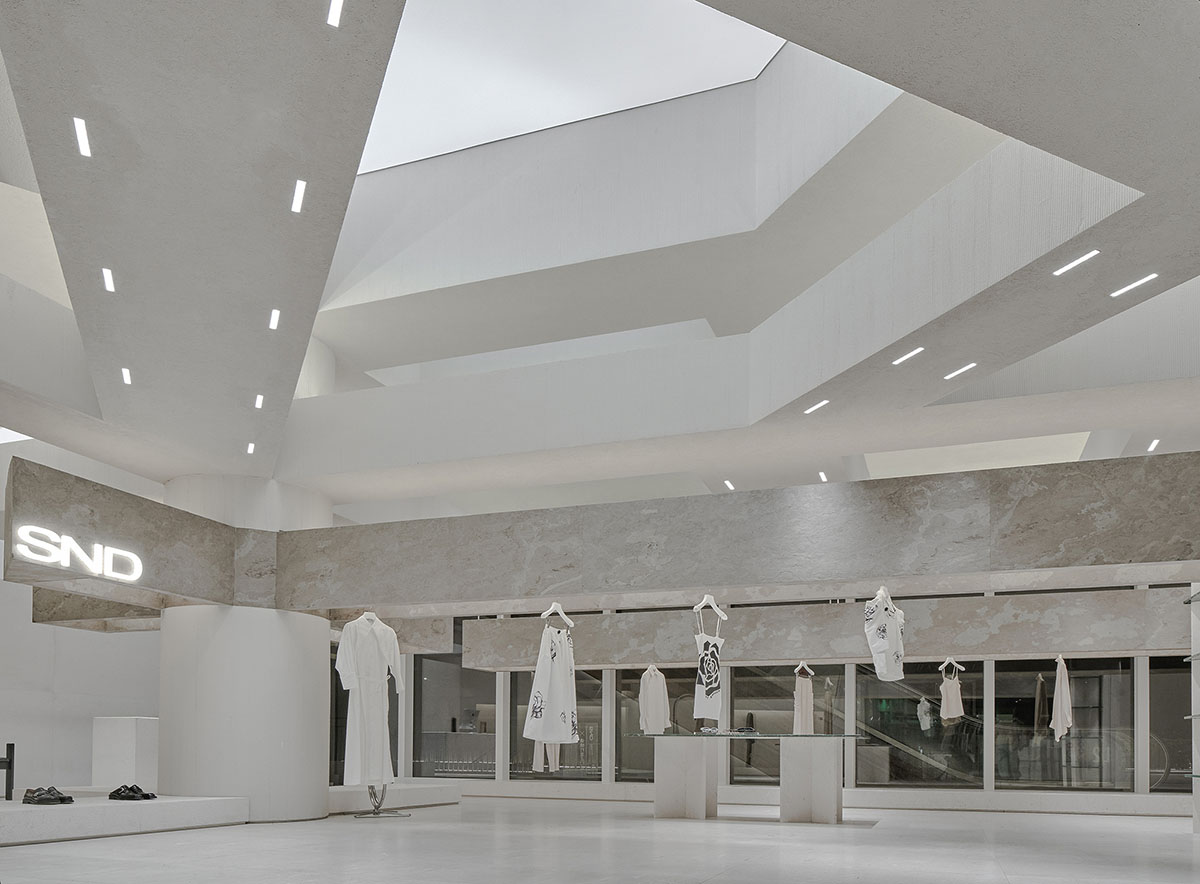 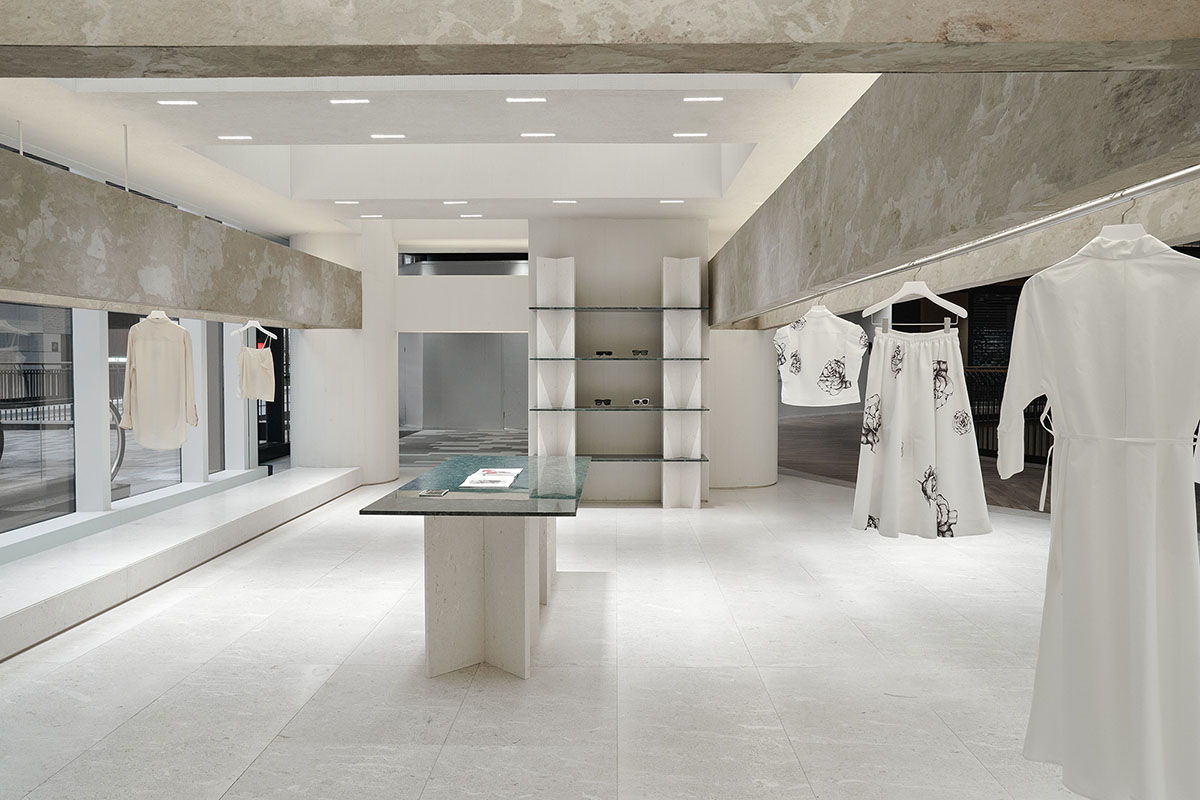 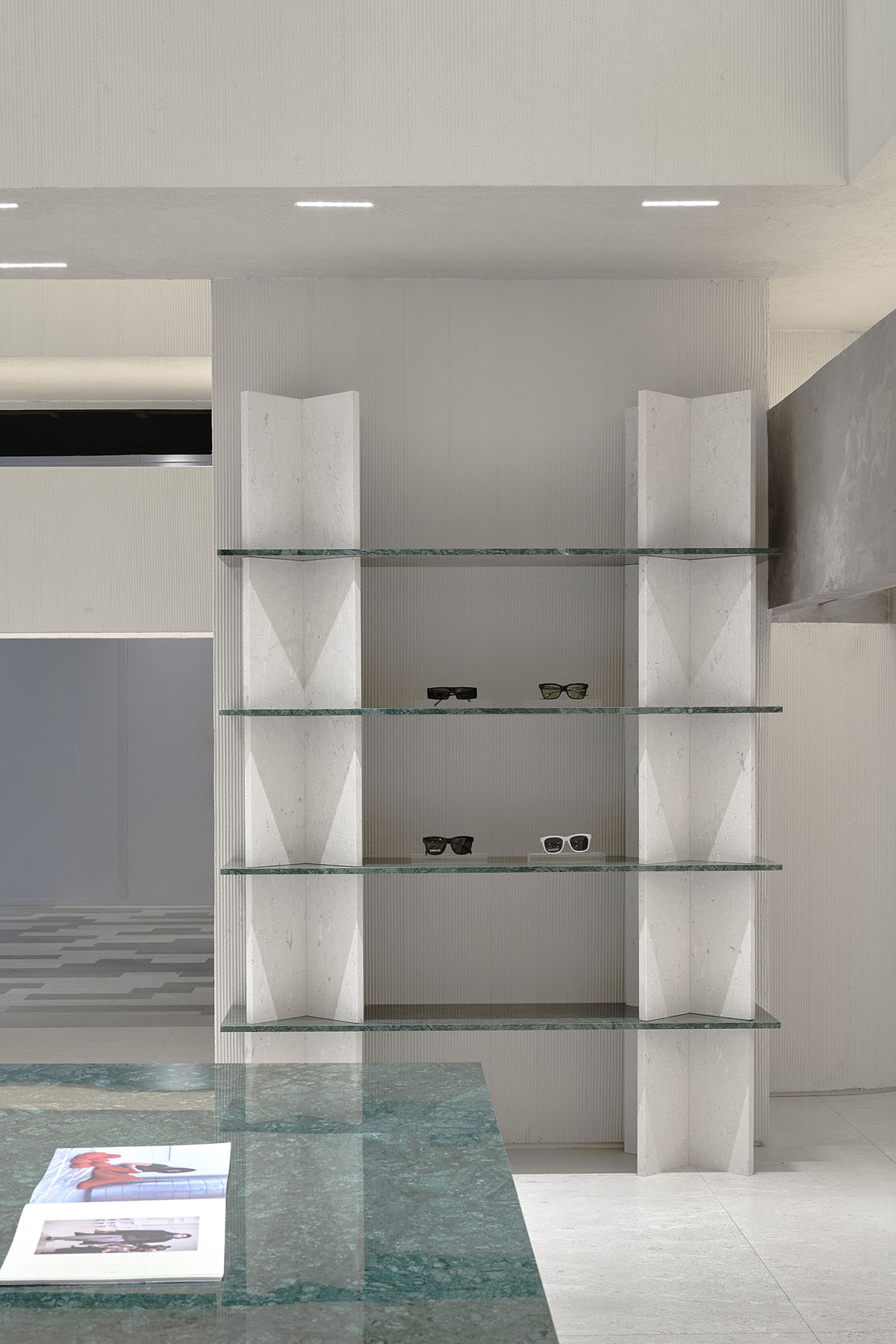 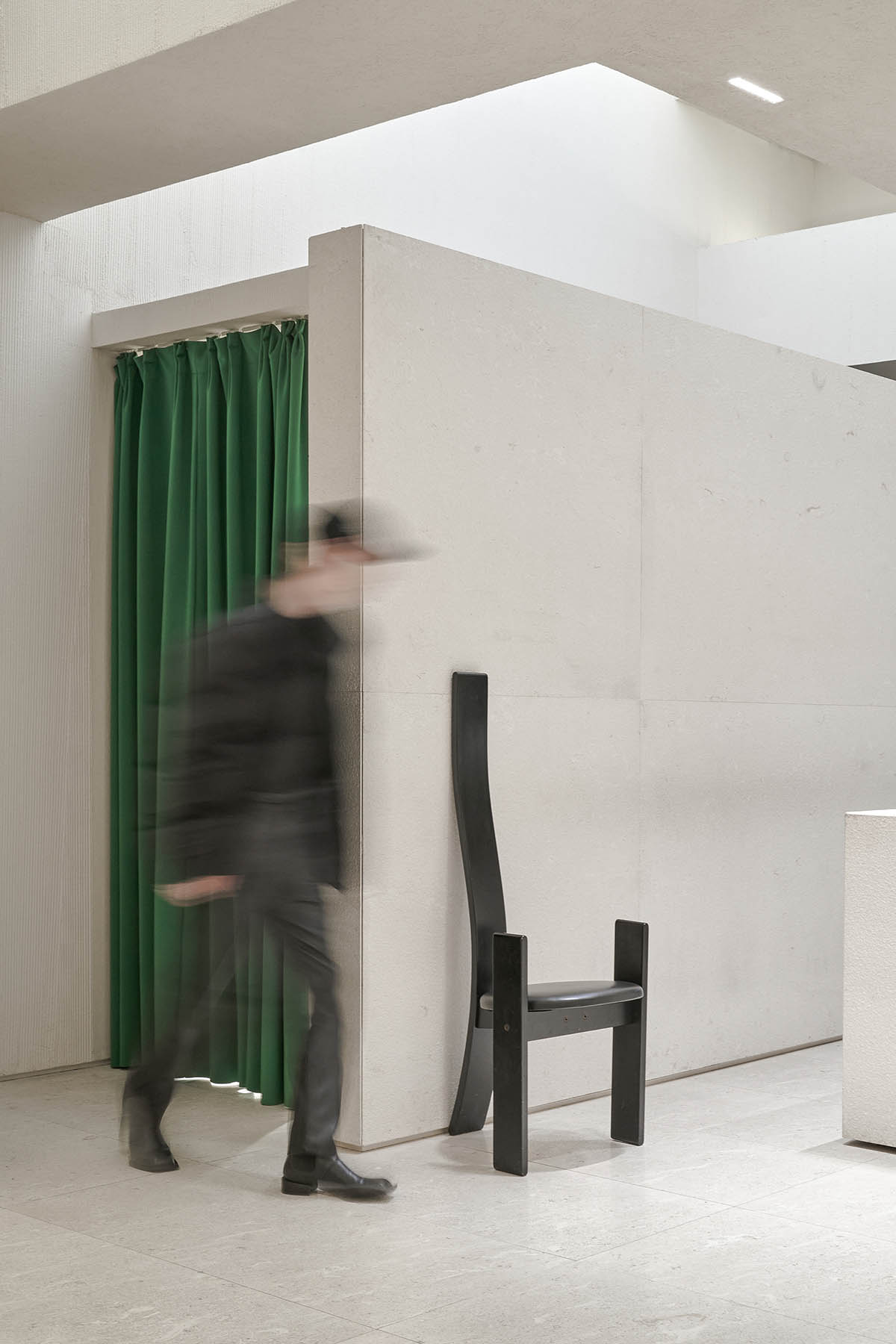 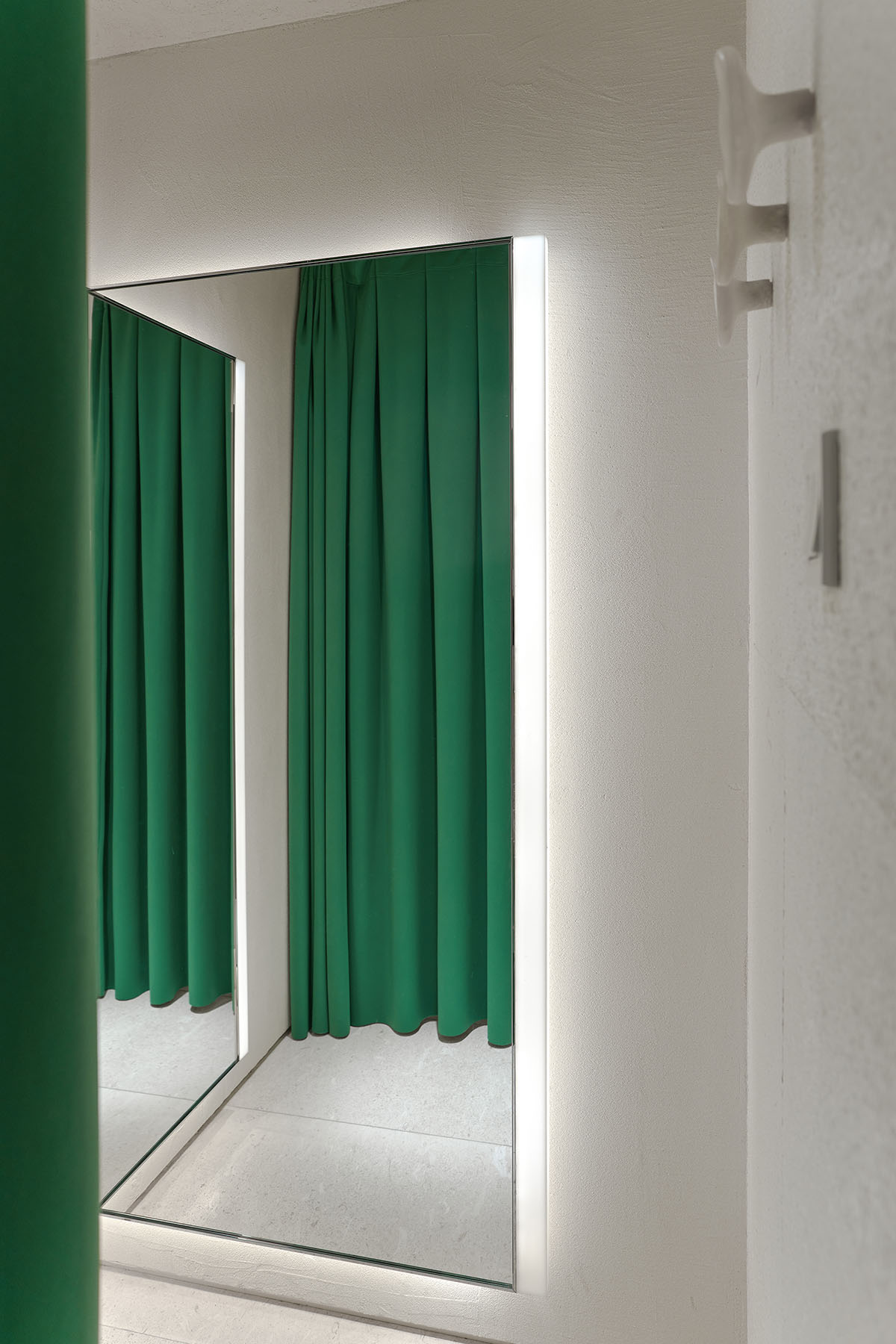 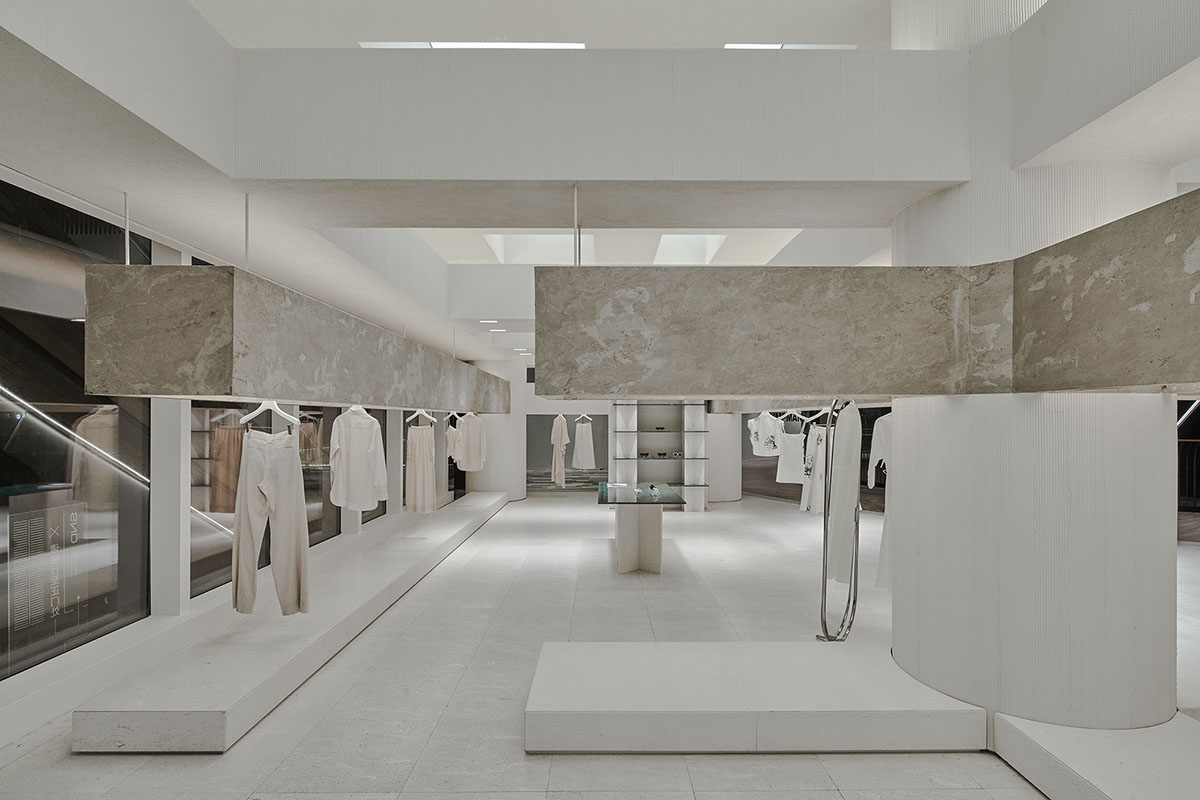 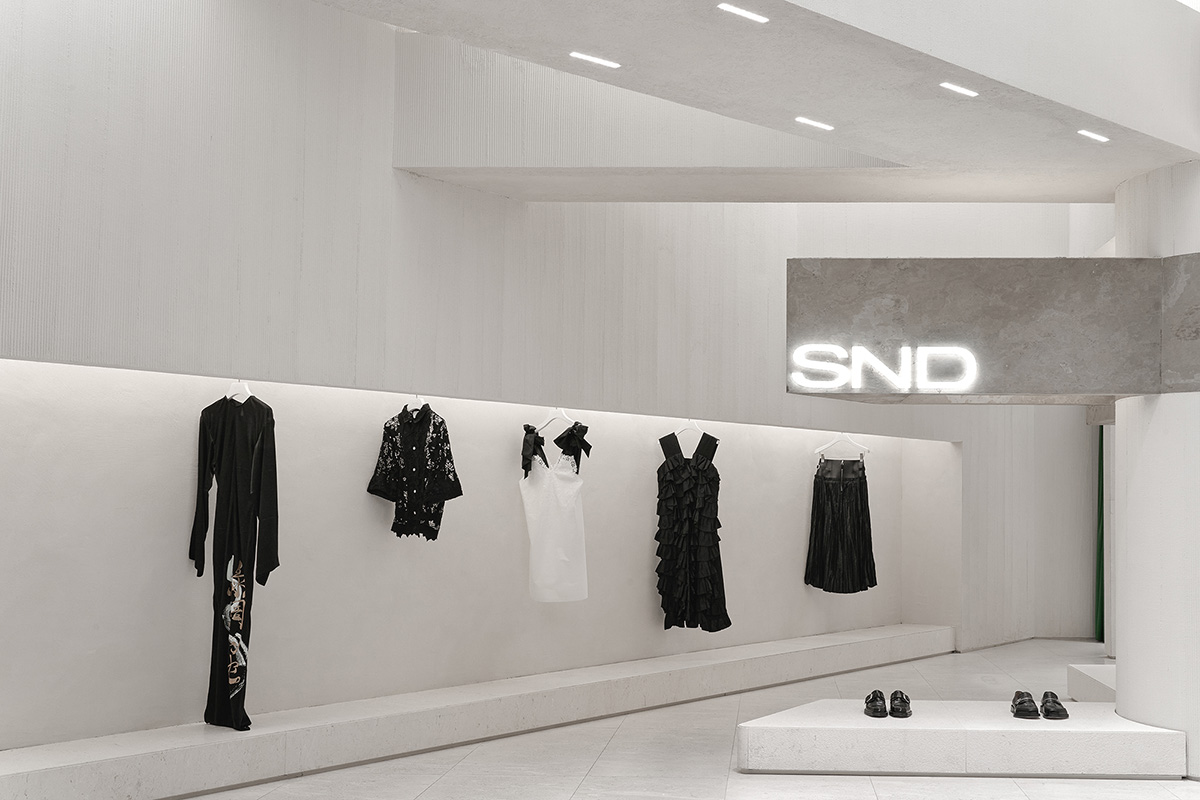 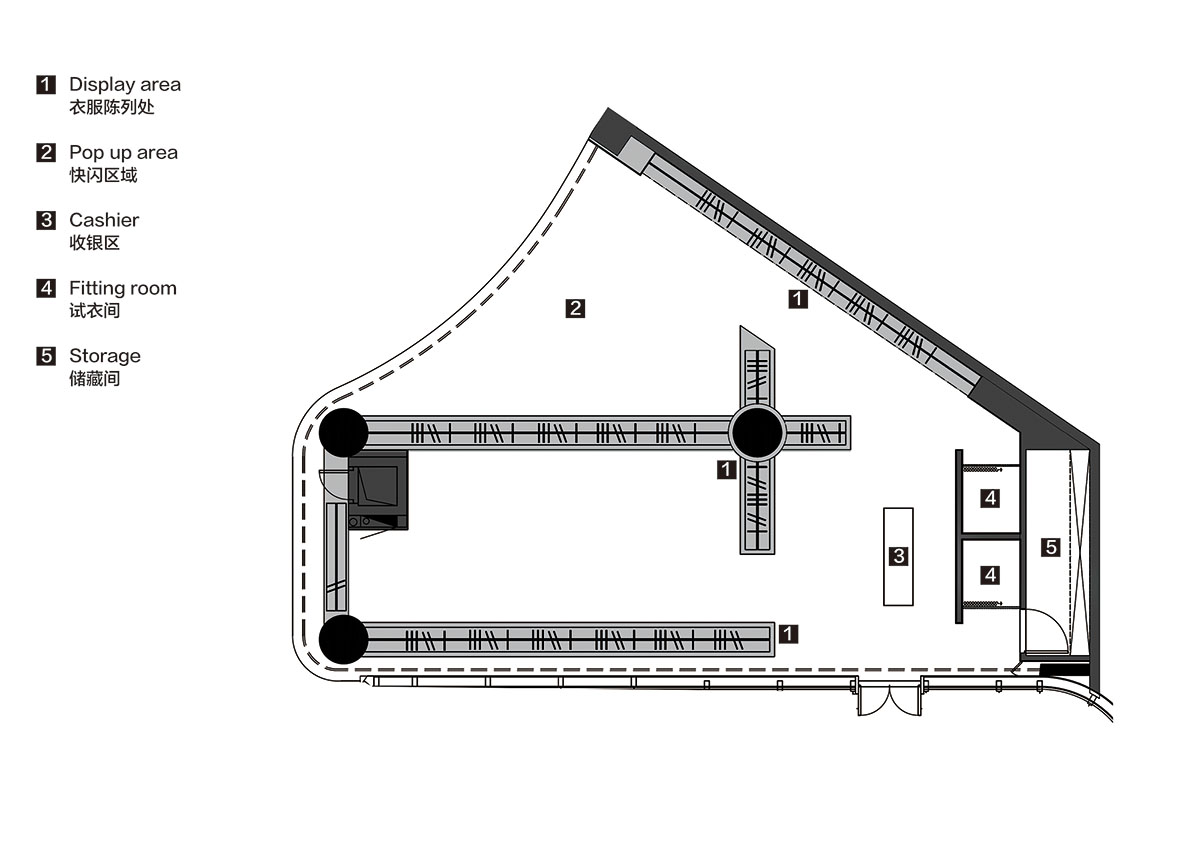