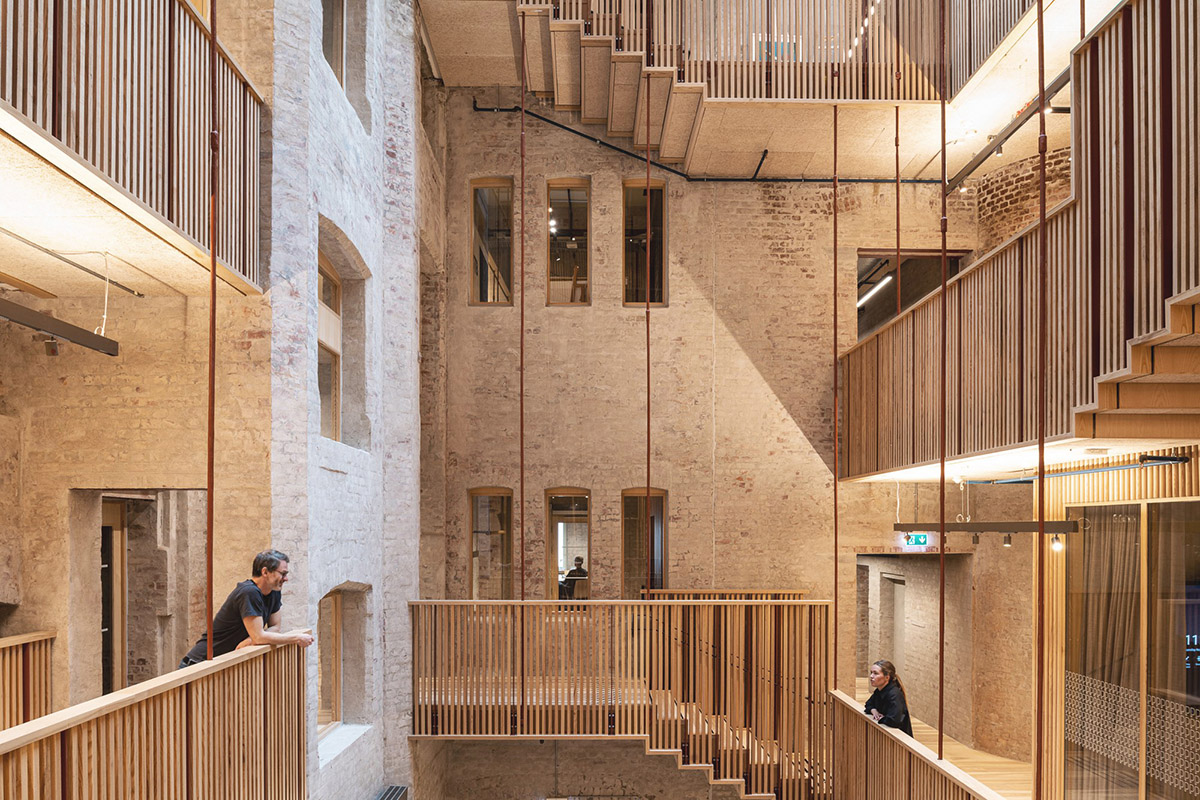 Norwegian architecture practices Atelier Oslo and KIMA Arkitektur have restored a pair of listed buildings as a new press house with light-lit and generous atrium in Oslo, Norway.

Called Norwegian Press House, the overhaul consists of the transformation of two heritage-listed buildings from the 1880’s in the historic city center of Oslo.

By adding new elements to the old structure, such suspended laminated timber beams, the old structure was harmonized with the abundance of light that create a depth through materials and soft additions. 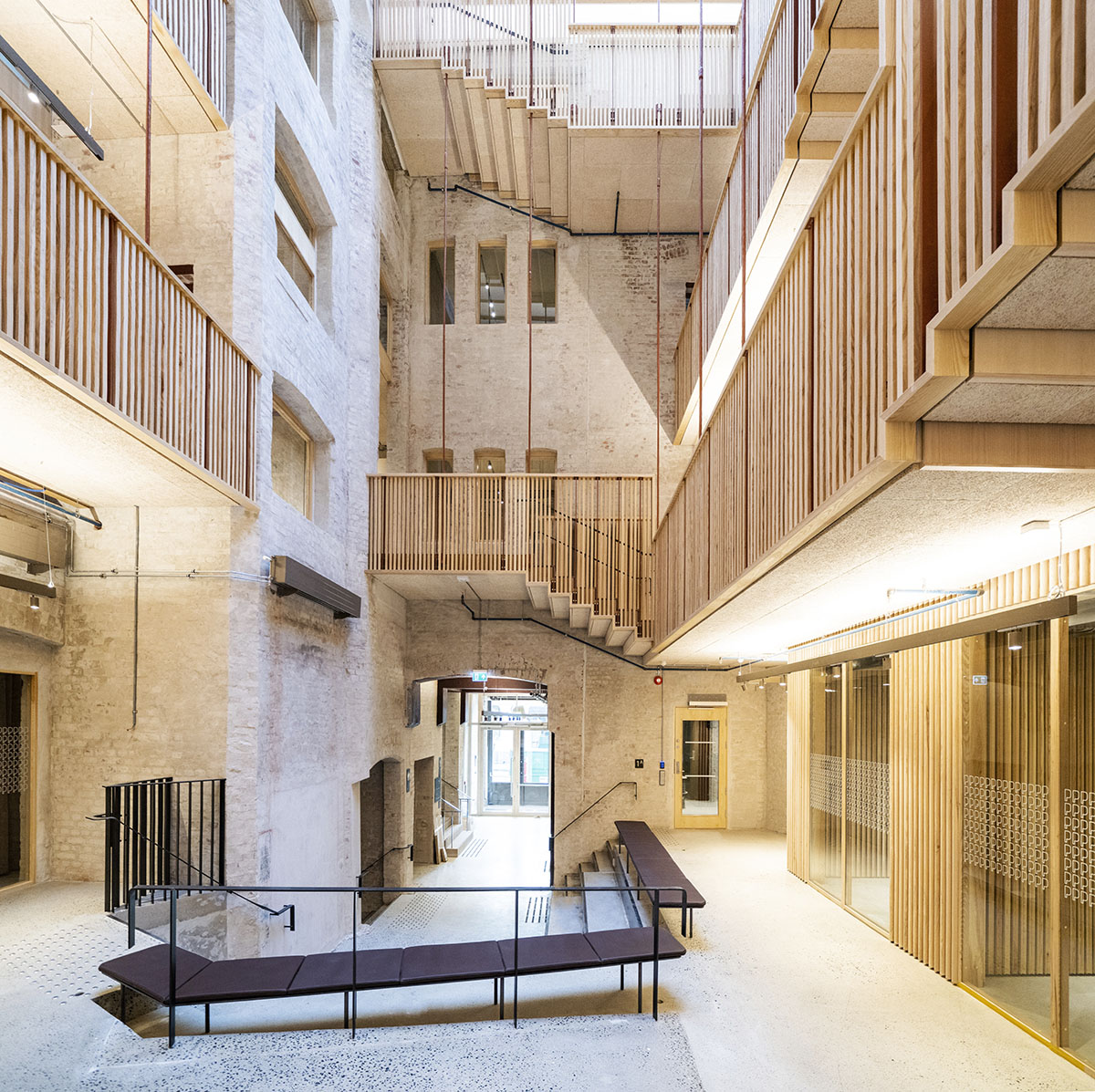 Functioning as a new hub for media and press activities, the structures are surrounded by rooms for conferences, studios, meetings, and a café/restaurant. 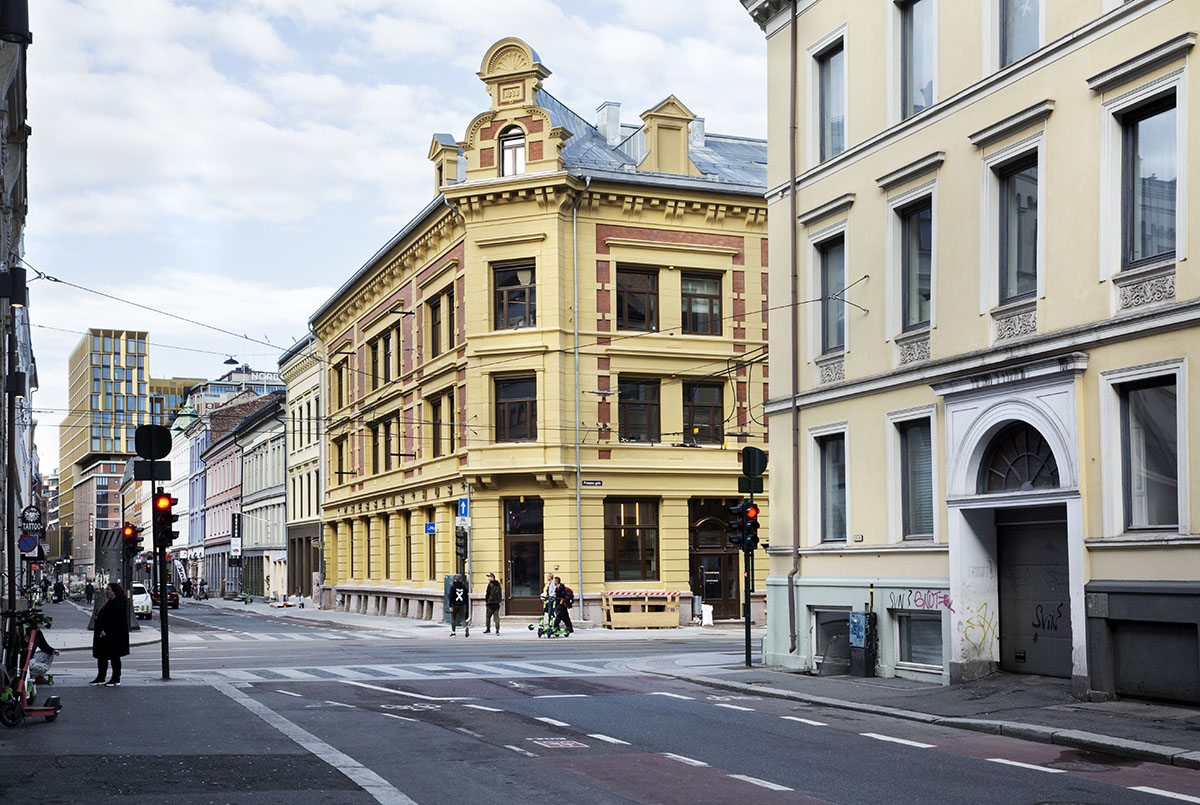 According to the team, the design was realized in close dialogue with the preservation authorities to find solutions in adherence to the many restrictions due to the listing of both buildings.

The two atriums provide a plenty of light to the rather deep volume, which helps visitors to orientate. The entrance atrium grows larger for each rising floor, while the auditorium-atrium works in the opposite way. 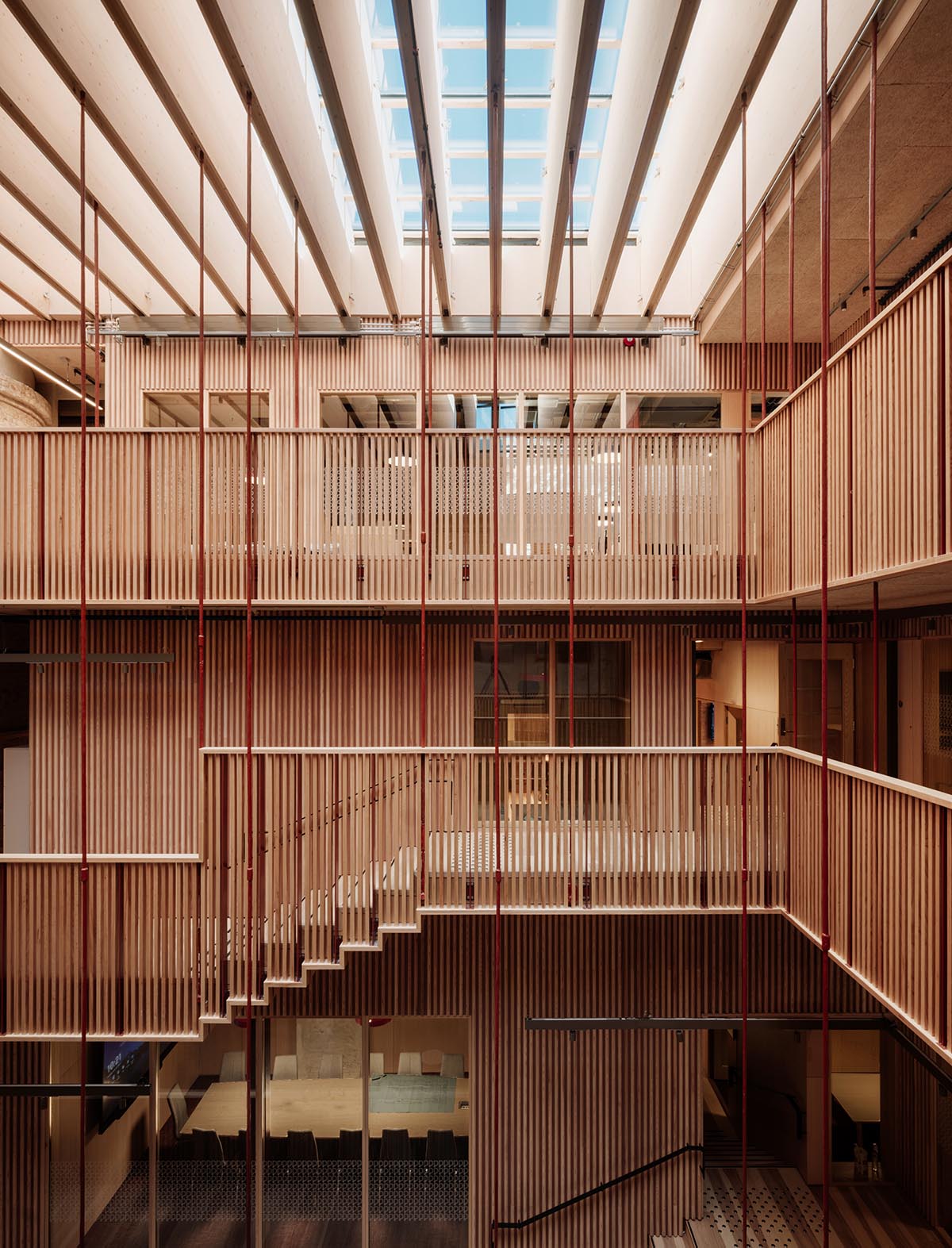 The entrance atrium, becoming the main protagonist of design, is surrounded by bridges that are suspended from new beams of laminated timber holding the glass roof.

The smooth transition between the materials reveals the concept of precise spatial organization, which means literally getting lost in the materials. 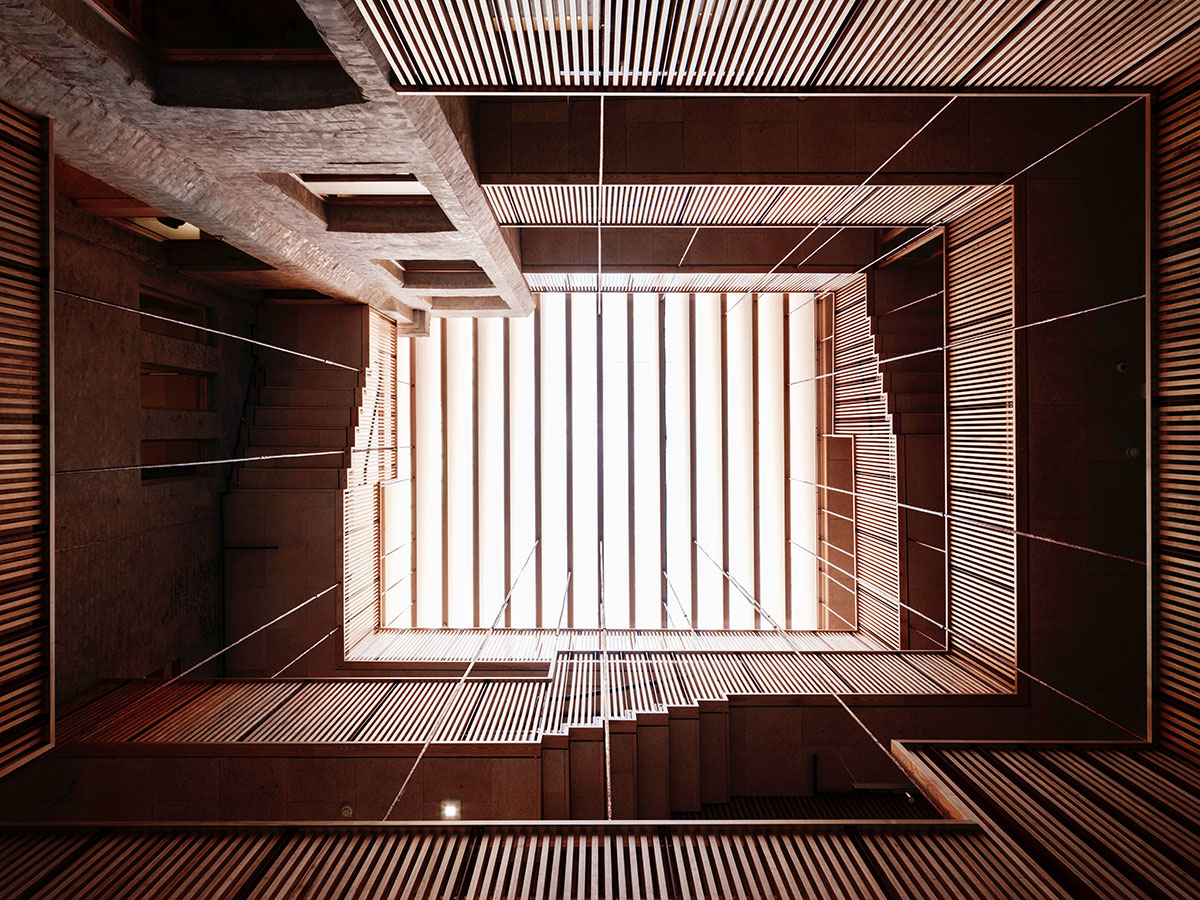 "This atrium has a light feeling and forms a contrast to the other atrium, the auditorium-atrium, which consists of an old, listed steel structure that is a remnant of the old warehouse. Here all the decks were removed to transform this into a space of structure and light," said Atelier Oslo. 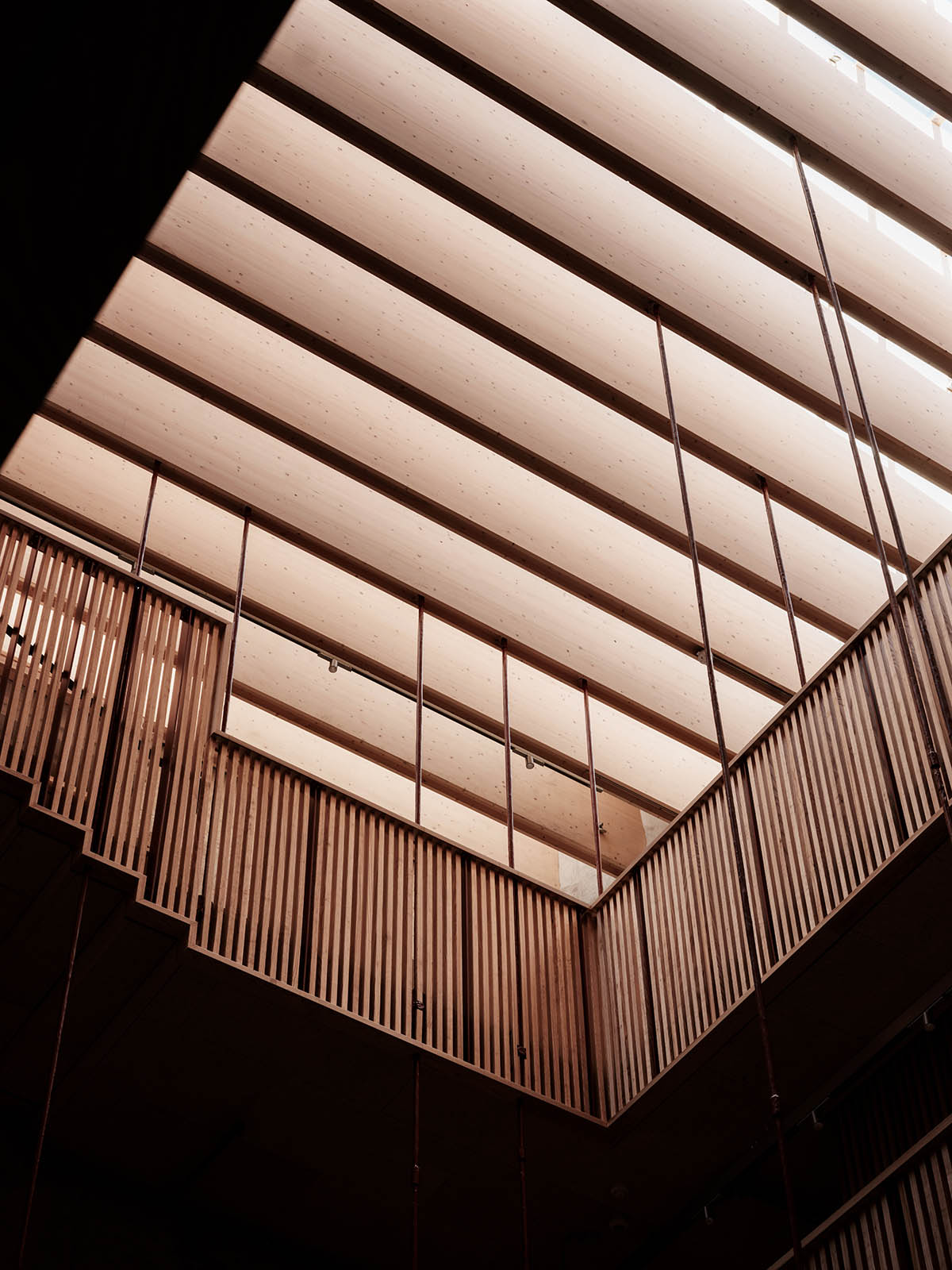 The new glass roof covers his atrium that appears to grow out of the old structure, creating a layered wood structure that filters the light.

The team preserved and restored most of the old brick structure and formed precise cuts to create rooms for new circulation and technical equipment. "Due to different floor levels between the two buildings, it was necessary to establish a completely new internal circulation to achieve universal accessibility," said Atelier Oslo.

In order to provide a light organic quality, the team carefully plastered the old brick walls with lime, which can be visible throughout the interiors. 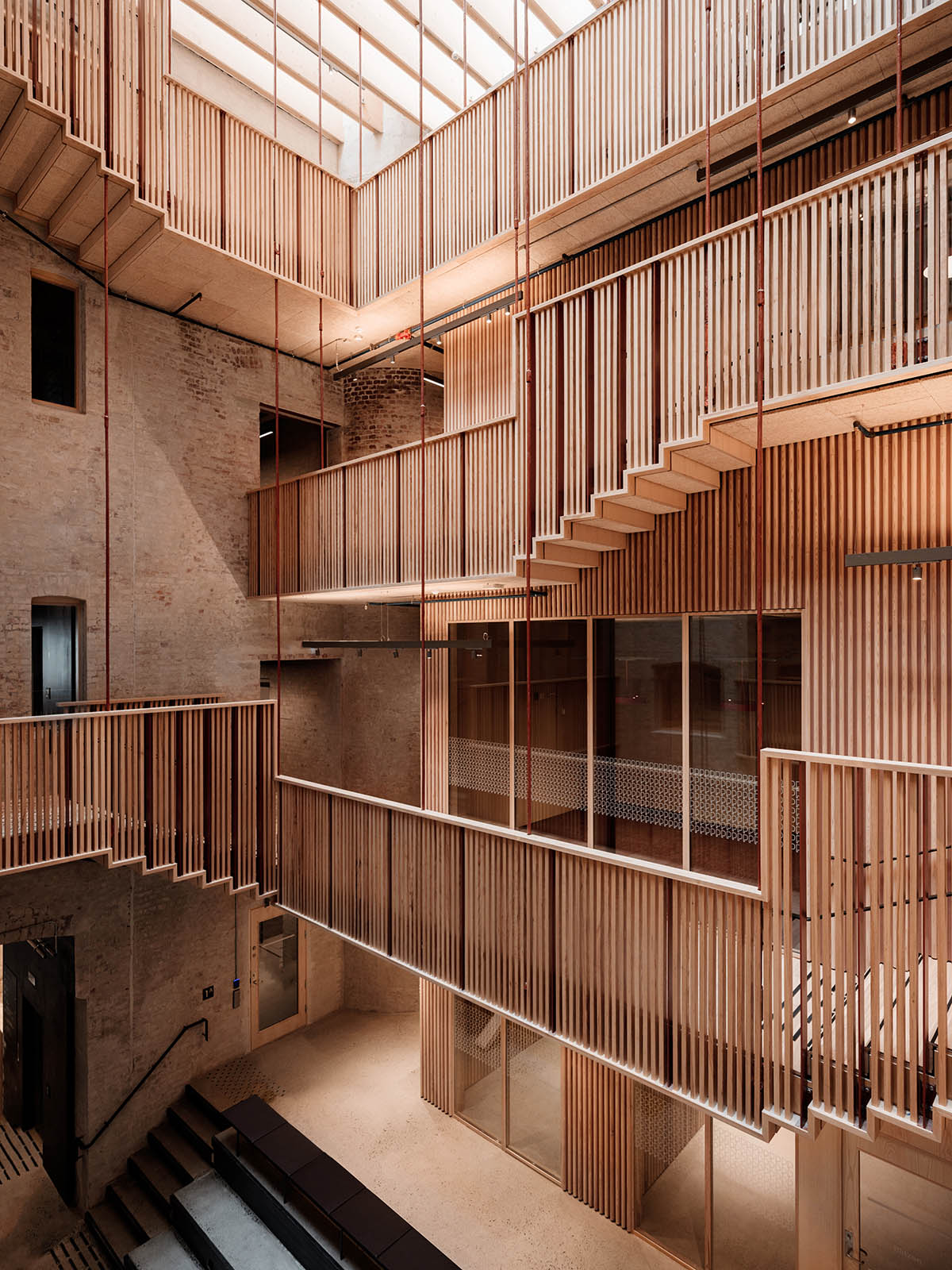 "The old (and new) load bearing steel structures have been given colors in red tones to contrast with the light mural walls, but at the same time resonate with the glimpses of the original red brick color," the office added. 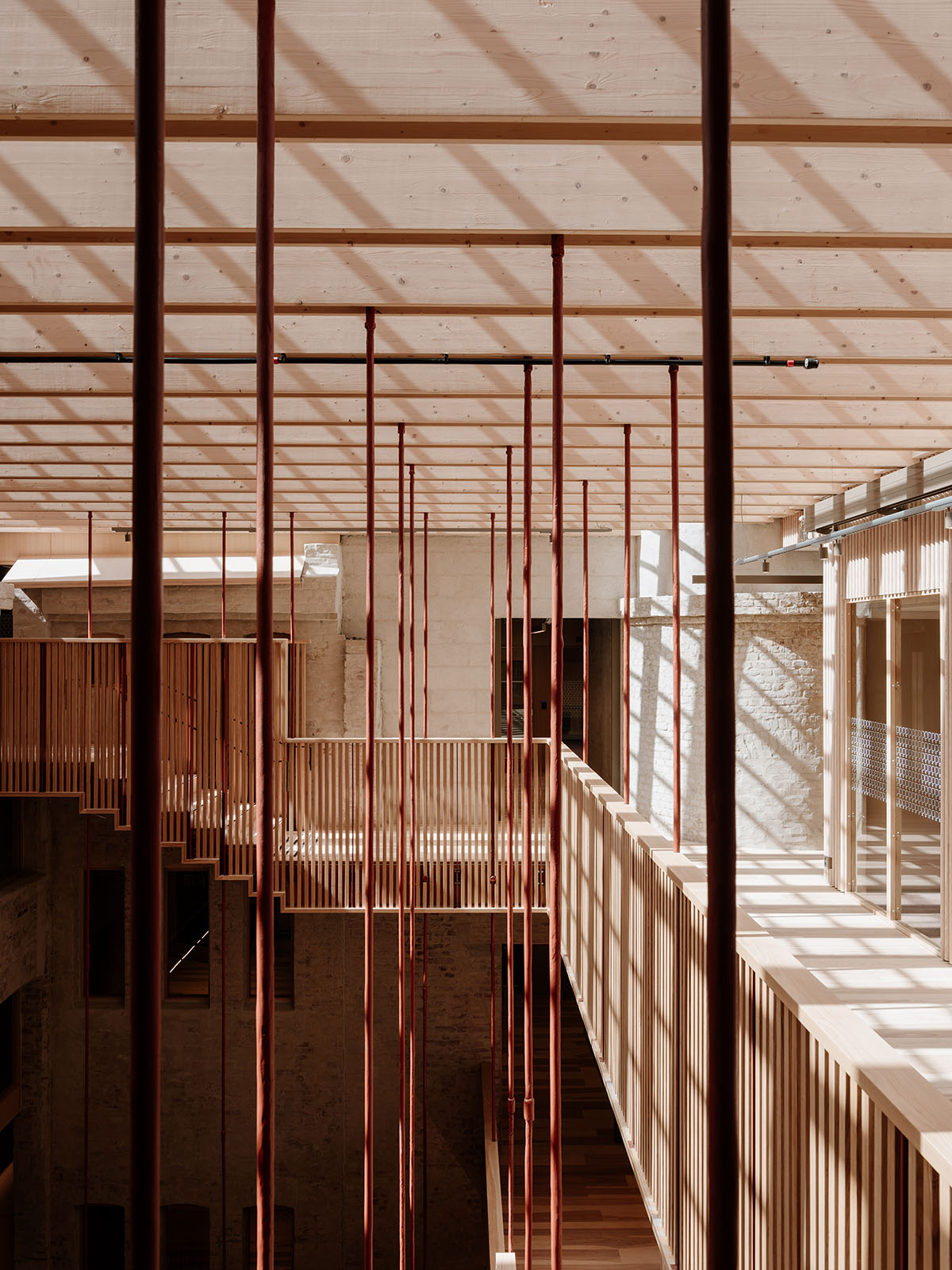 New structures have been built in light ash wood to blend in, but also differ with the original materials. The façades have been restored and returned to their original color and finishing.

The ground floor is accessible to public with a new café/restaurant facing the street. A new, continuous white concrete floor functions as a new carpet and extension of the city floor outside, welcoming visitors in from the street and into the building. 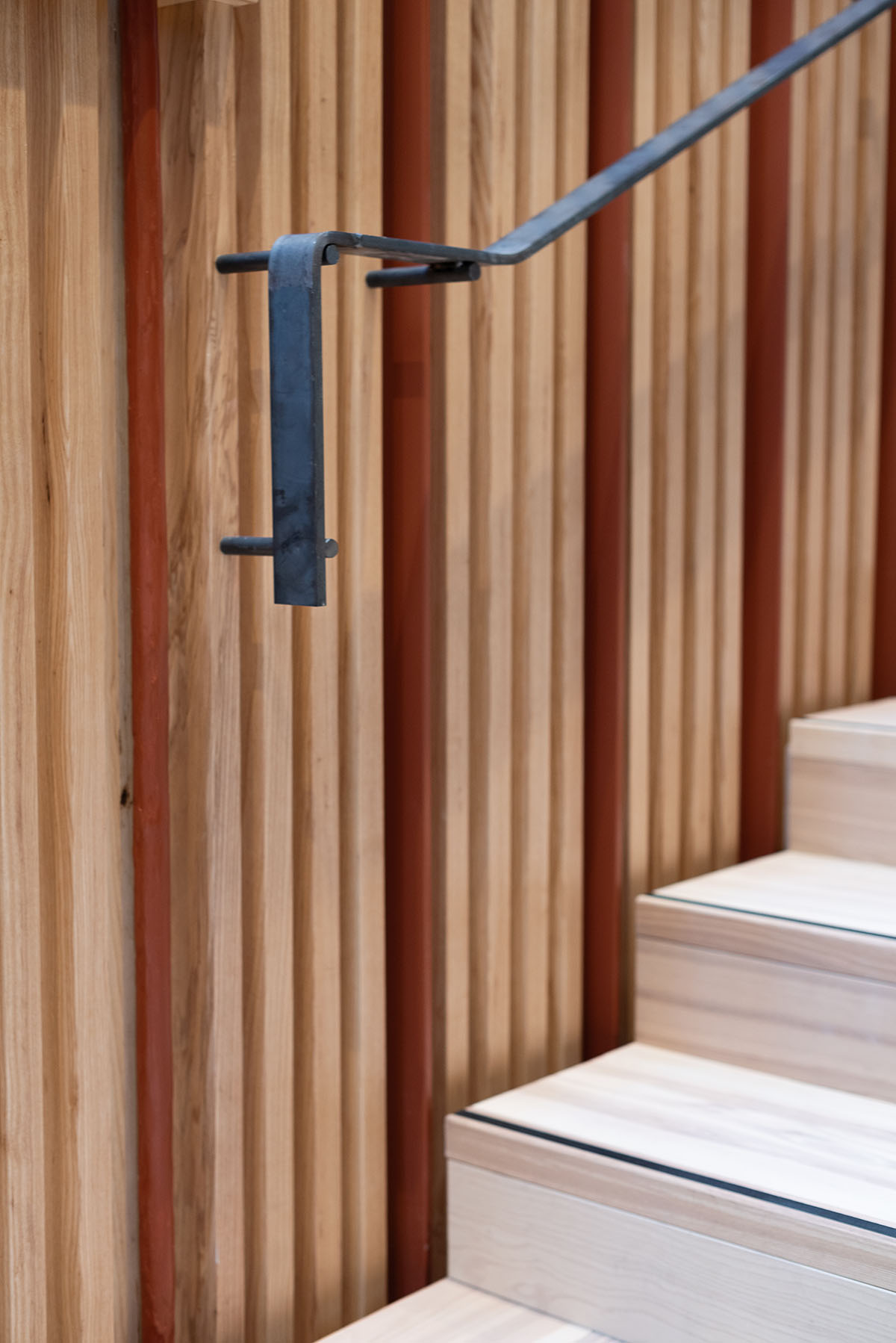 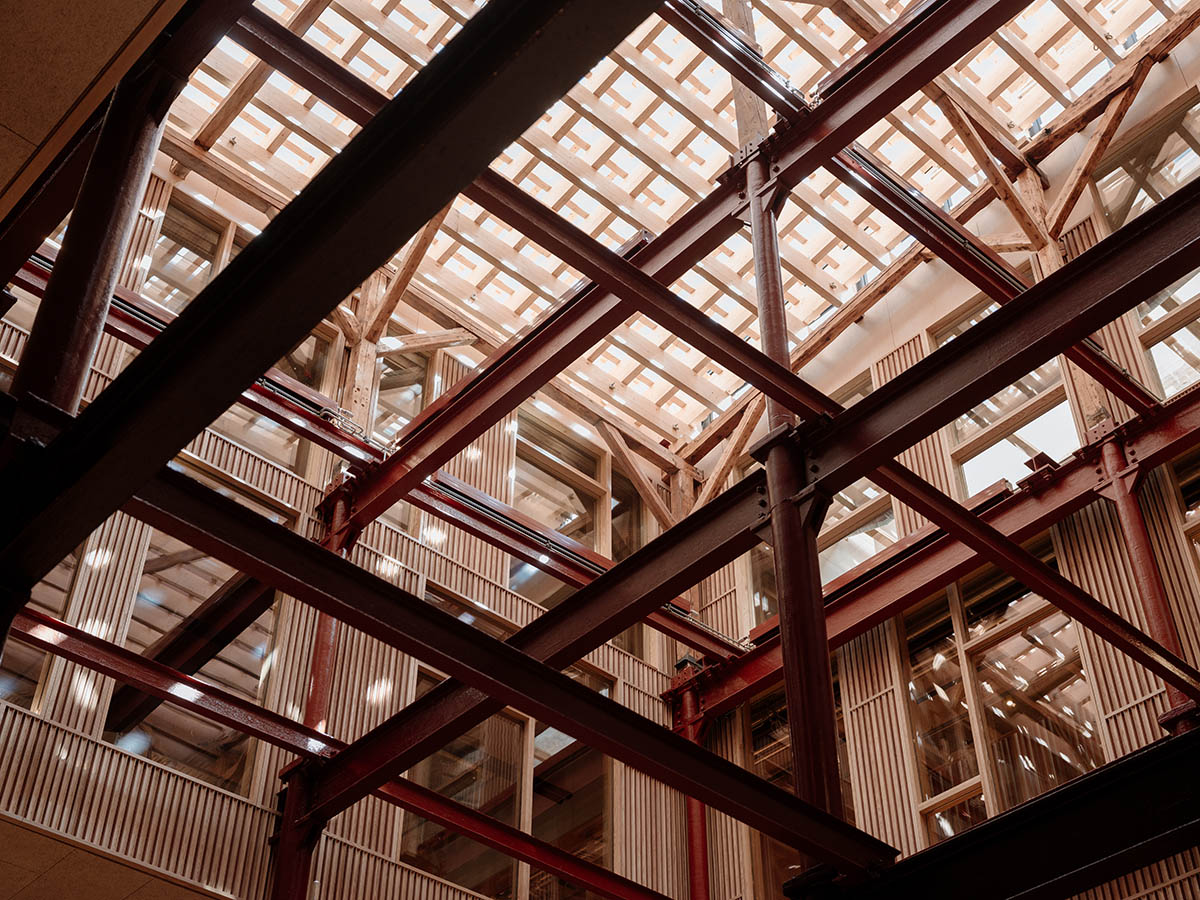 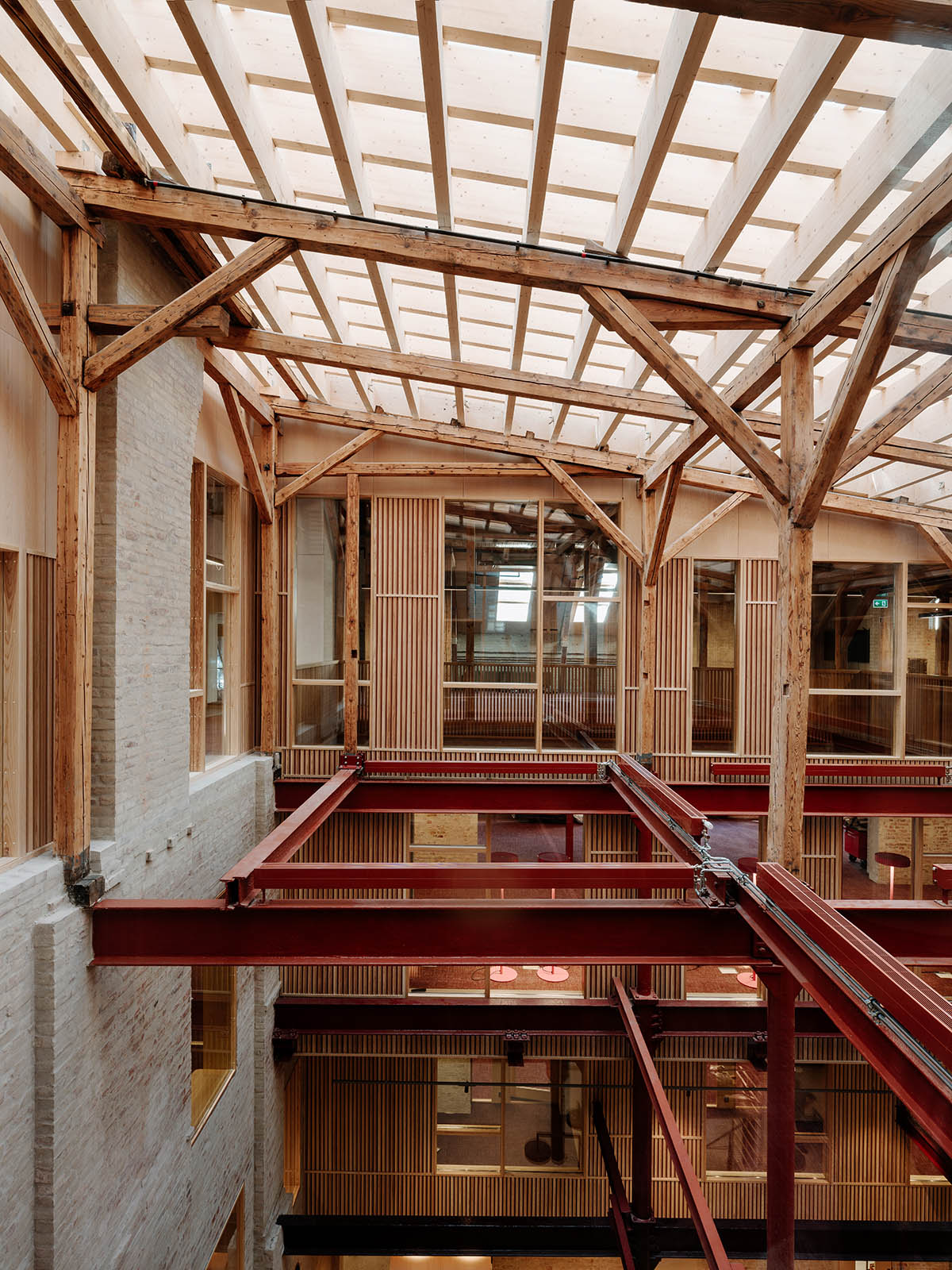 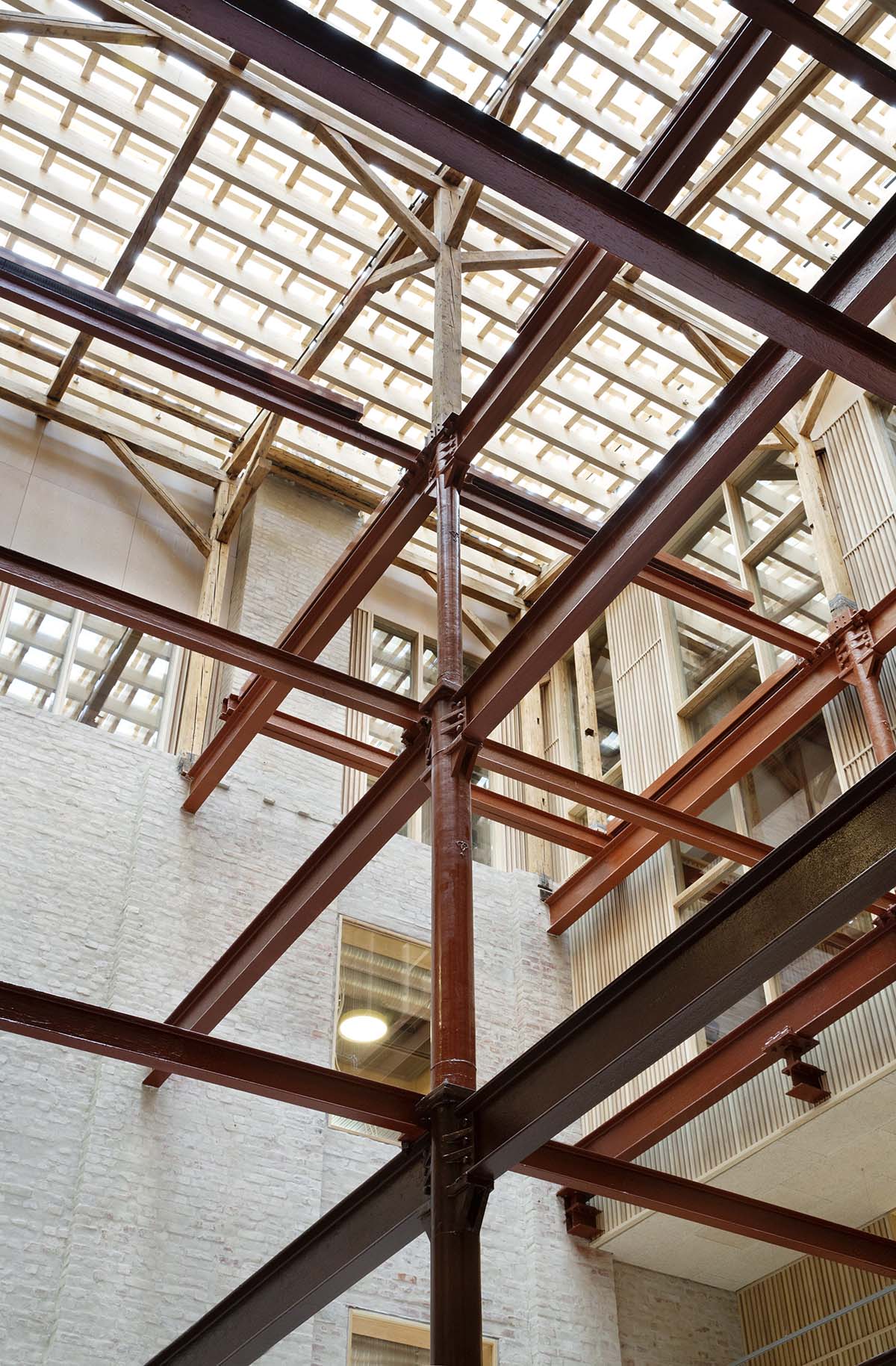 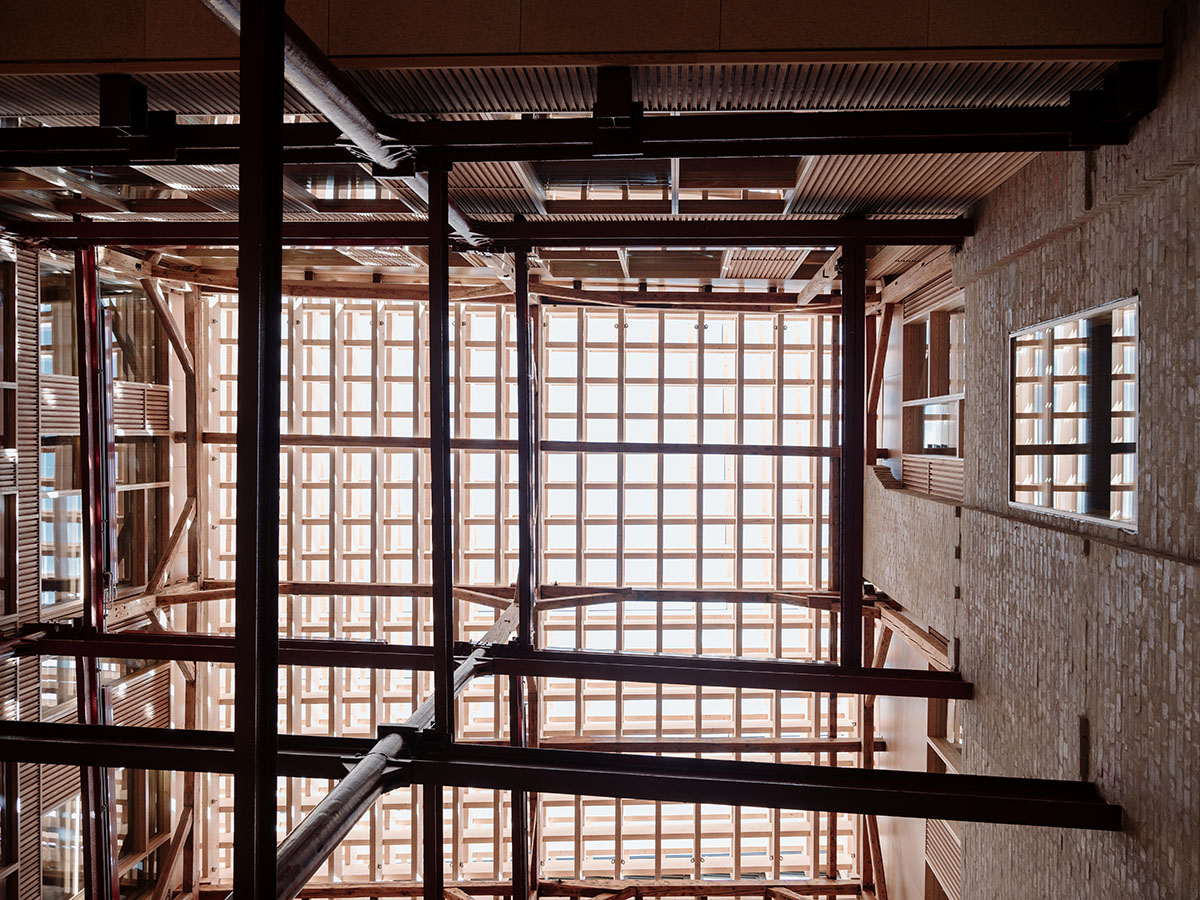 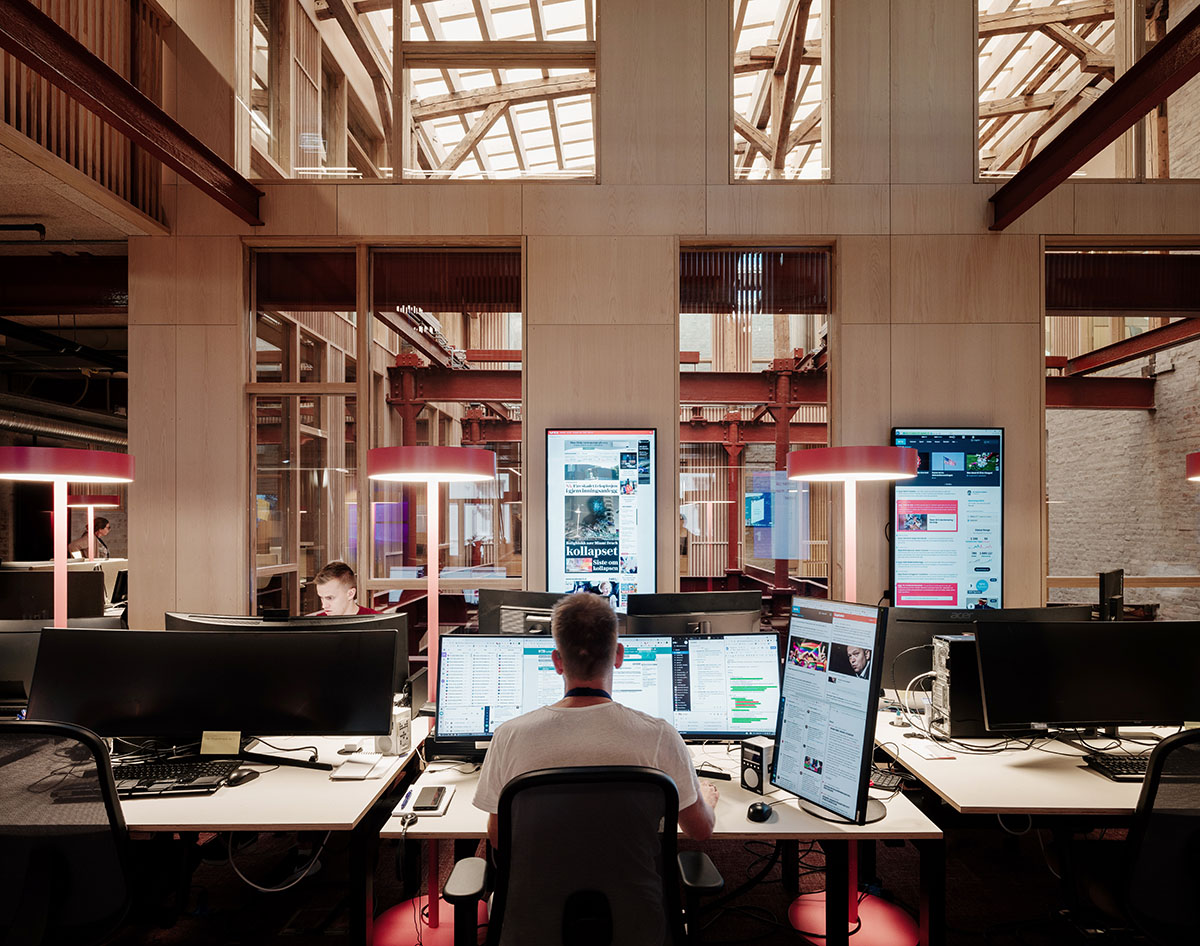 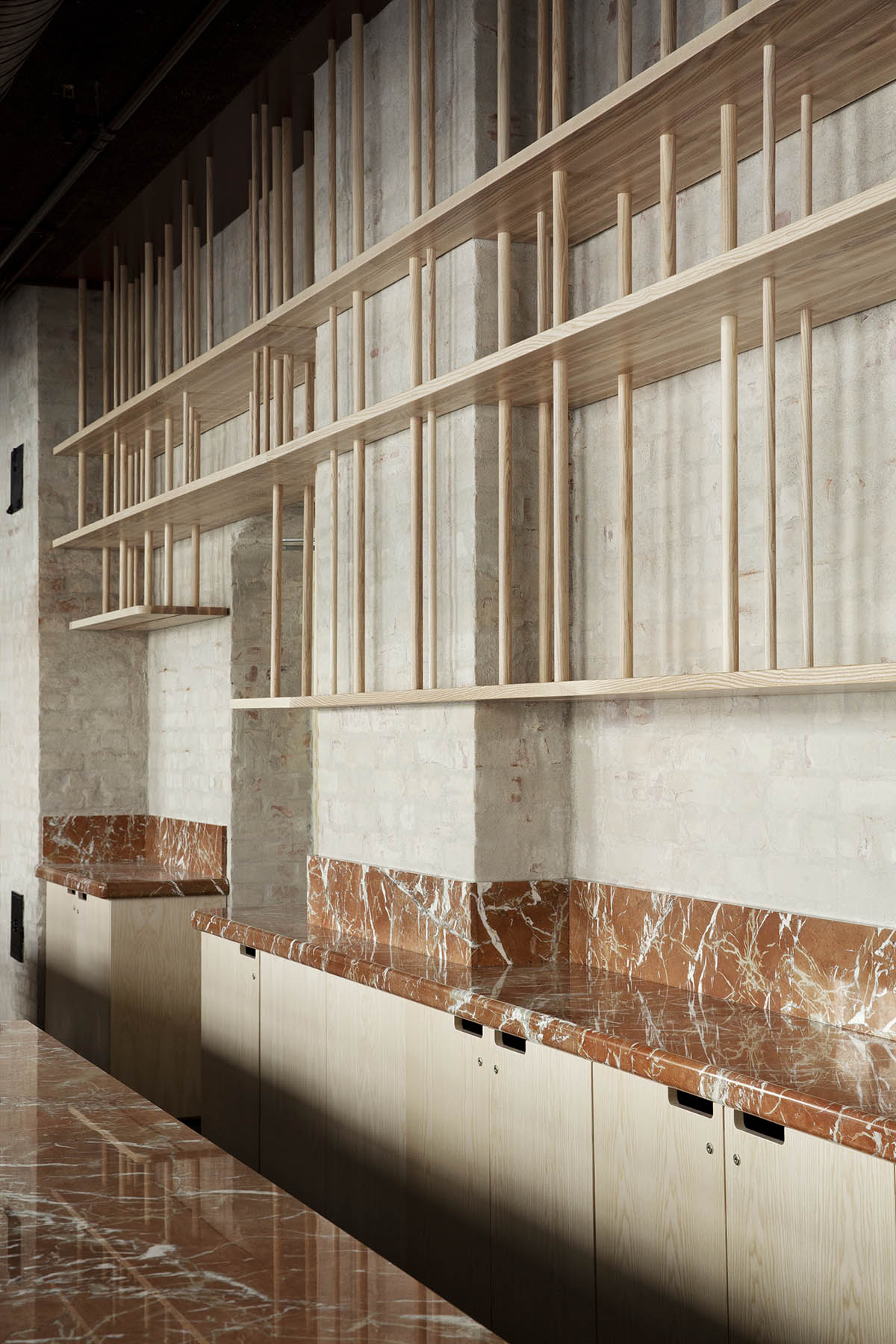 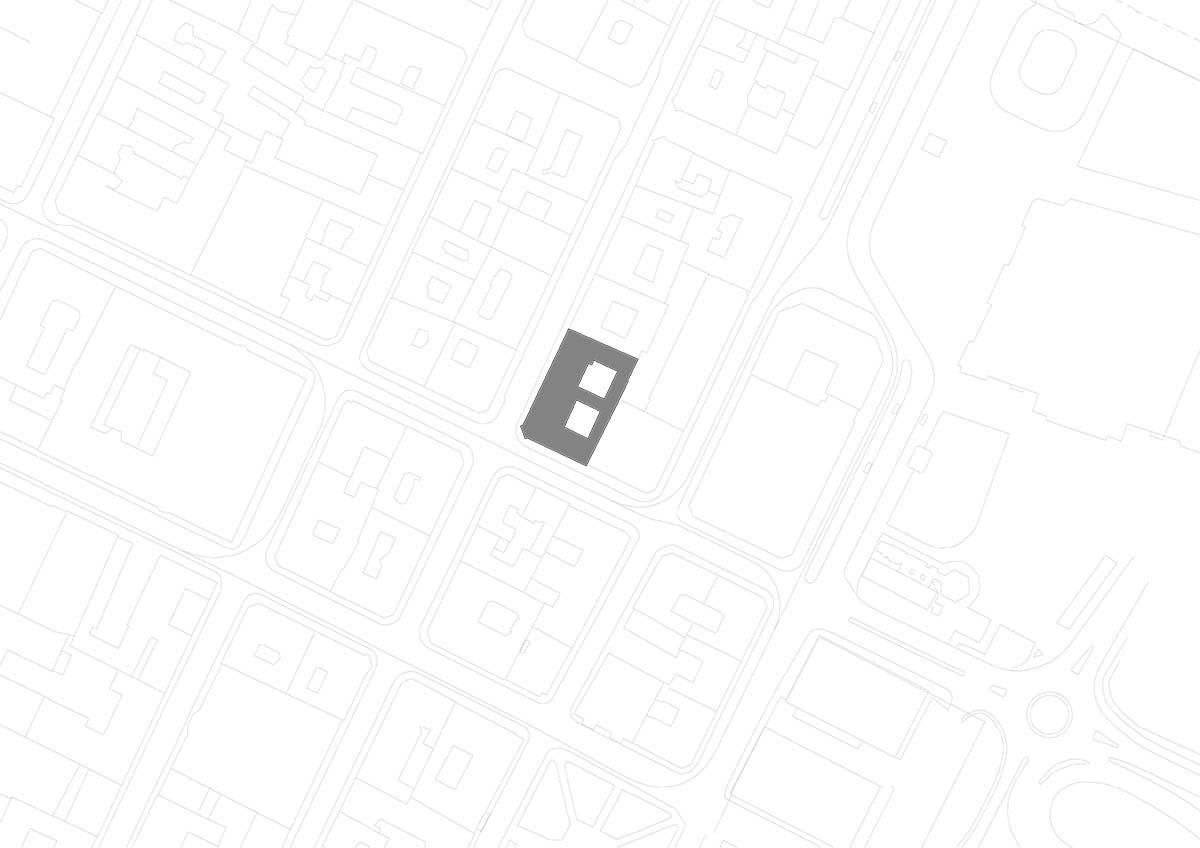 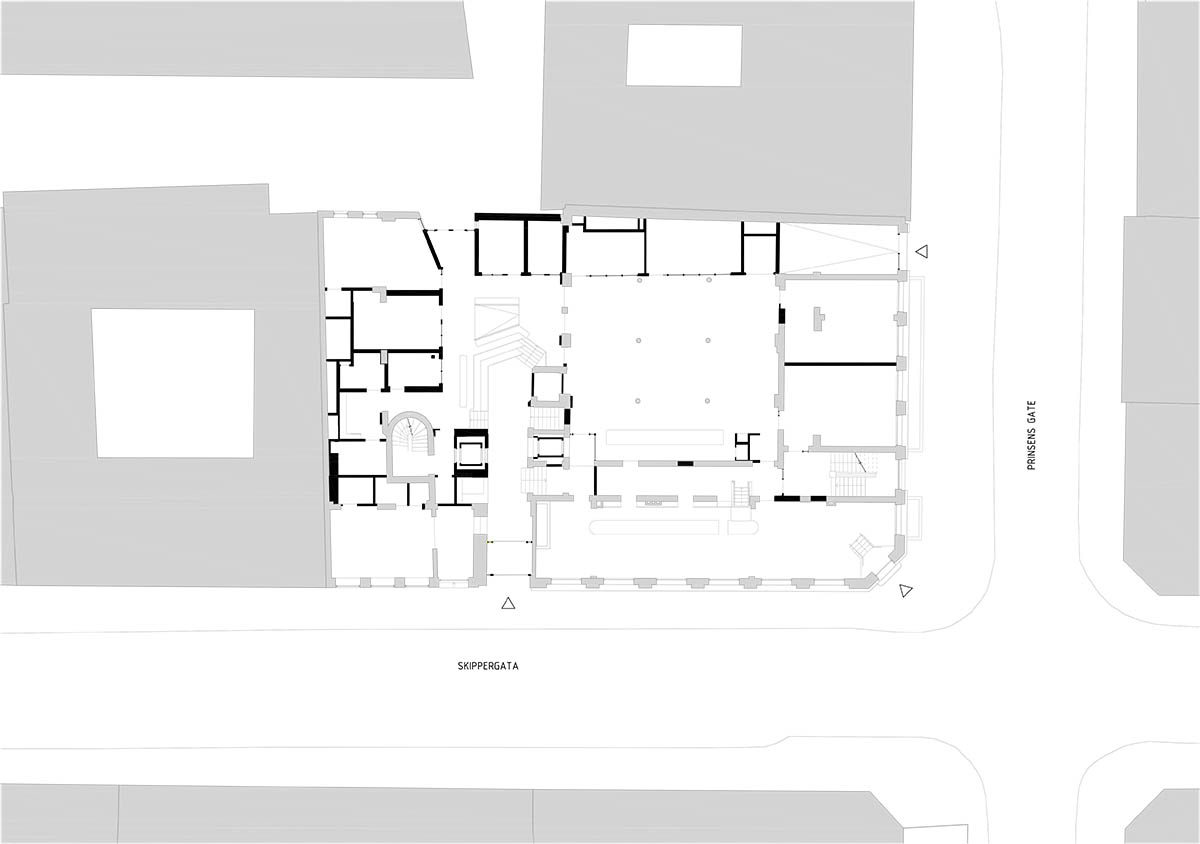 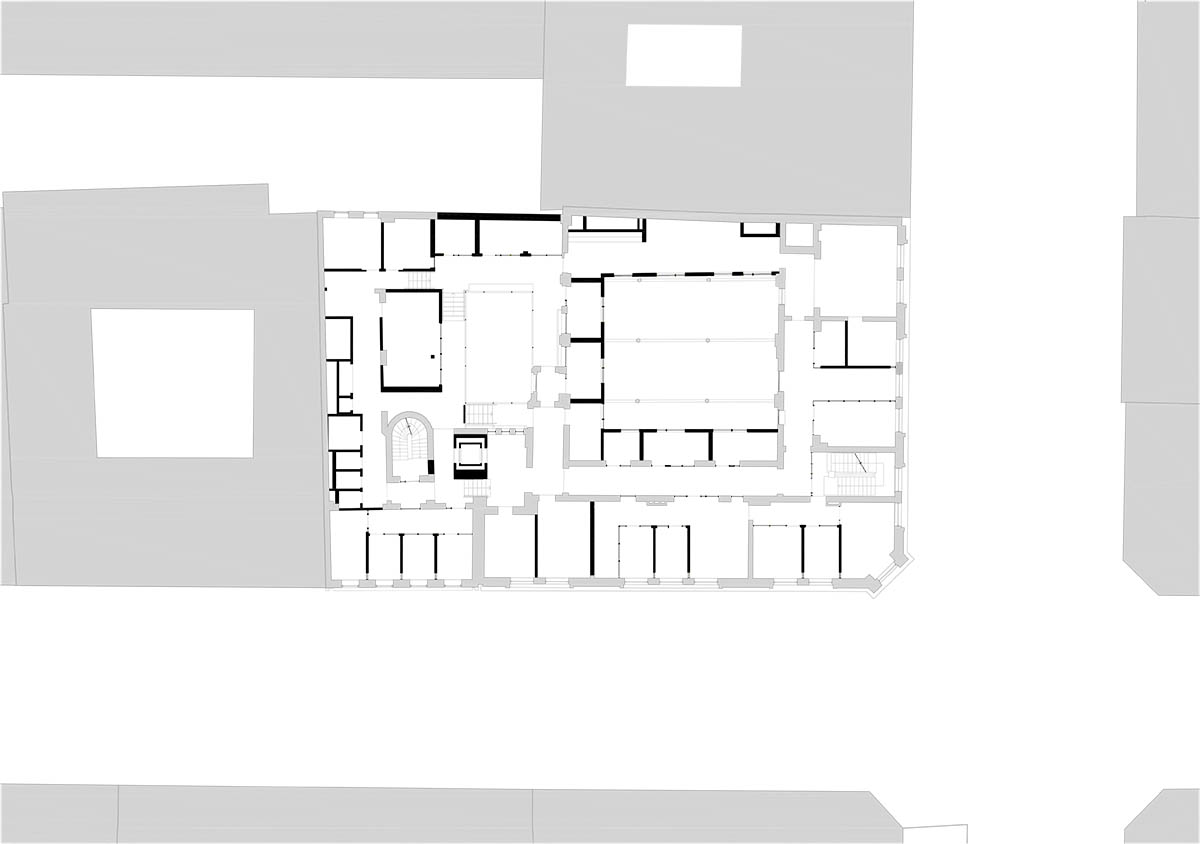 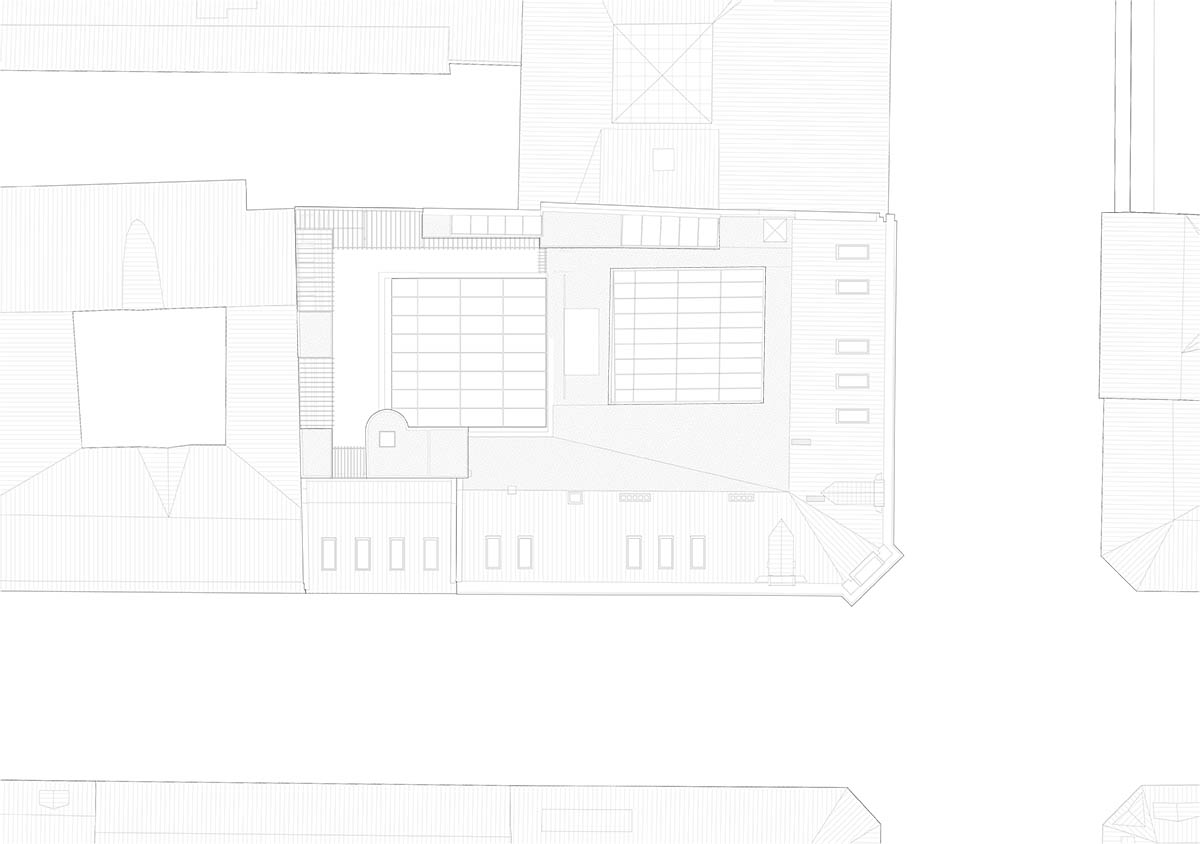 > via Atelier Oslo and Kima Arkitektur