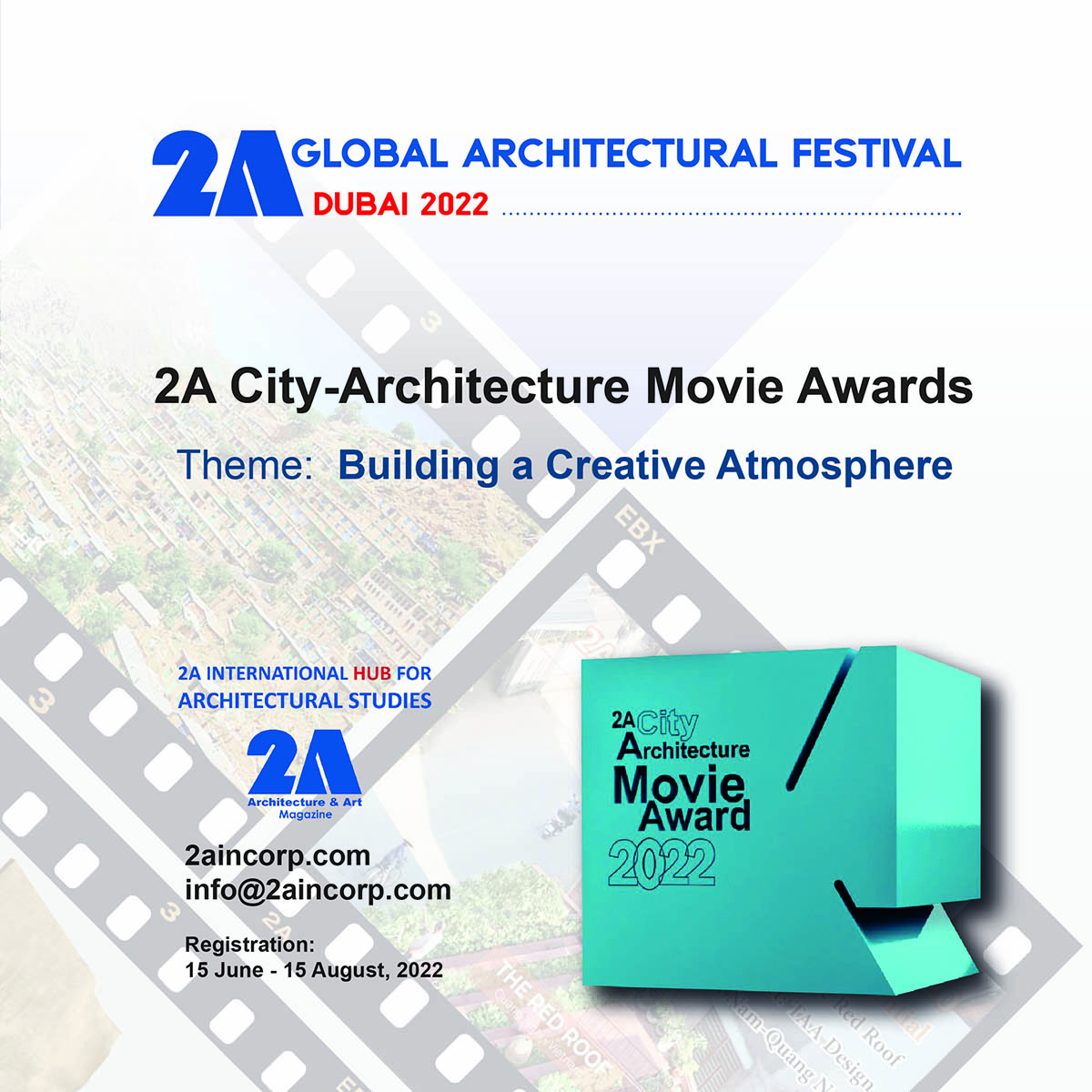 Architecture speaks through films. Sceneries, houses, and cities involve settings where filmmakers enclose people, society, lives, and emotions. This connection is unusual, astonishing, and overwhelming. Architecture intermingles with its natural and manmade settings, colours, textures, and the flow in and around architecture to govern the theme of a film.

The 2A City-Architecture Movie Awards

To applaud this beautiful relationship between architecture and cinema, Ahmad Zohadi has come up with 2A City-Architecture Movie Awards, as a part of the 2A Global Architectural Festival, Dubai, 2022. Throughout this grand festival, you may have the opportunity to explore some artful architectural films and documentaries. Besides, you get to explore the successes, the failures, as well as the inspiration behind influential architects, designers, filmmakers, and their innovative projects.

The relationship between Architecture and Cinema

At the 2A City-Architecture Movie Awards, we believe that both Architecture and Cinema are two discrete forms of art that are realized by the united efforts of a team of specialists. But intriguingly, these art forms meet to yield a magical journey into the world of films. For films, architecture is like teleportation. Without any graphics or a scene to bear a resemblance to or to elaborate the narrative, nobody would be able to comprehend the look and feel that the story-writer wants to express. What becomes imperative is the skill of the designers to create an authentic setting to pile the story around. So, ultimately, what the 2A Global Architectural Festival would do best is to highlight the solid connection between cinema and architecture by organizing the two grand events under one forum, 2A Continental Architectural Awards and 2A City-Architecture Movie Awards.

The Theme - "Building a Creative Atmosphere”

Since its inception, the 2A City-Architecture Movie Awards, now, claims to be one of the most dominant architectural film festivals in the world. Featuring more than a few international documentaries, and feature films—this year's festival plans to follow the theme "Building a Creative Atmosphere." The effortlessness of the theme, "Building a Creative Atmosphere” would promote the content expressing the assorted cultures.

The film is a play of expressions and story writing. However, architecture is a bold and enduring identity that speaks for itself through design, planning, and built structures. Both share a relationship that goes a long way and is both reflective and thoughtful. This edition of the event works to treasure new developments and ways in which the architectural cinema enables social engagements.

Let’s take a peek at the categories

- Narrative: The structural framework, the plot and the storyline of the movie should be utilized well to influence the social, cultural, economic aspect of architecture.

- Documentary: Documentaries that may cover celebrated architects, designers and planners that inspires the beginners to boost their start by learning about the innovators that came before them.

- Marketing: Movies that may emphasize on the commercial, and promotional marketing of architecture and built projects.

- Animation: Films that may tell architectural stories and communicate artistic ideas in a unique, interesting and easy to perceive way in the form of animation, video games, VR and AR.

The selection of the deserving projects will be made by an esteemed panel of judges who are practiced consultants, and film experts. The jury's verdict cannot be disputed. However, the measure of success, at the end of the day, would be, how well a film project inspires its targeted audience.

Returning to the offline world

The 2A magazine, this year, is doing its best to work with the complex and cumbersome circumstances of COVID, to make the dream of conducting an “Offline Event” possible. So yes, after two long unfortunate years of COVID, this year's event may look and feel different from years past.

We’re inviting you to register:

We welcome your artistic contributions from: 15 June – 15 August

The types of submissions allowed:

More information and submission details can be found at 2A Magazine's website.

Top image courtesy of 2A Magazine.