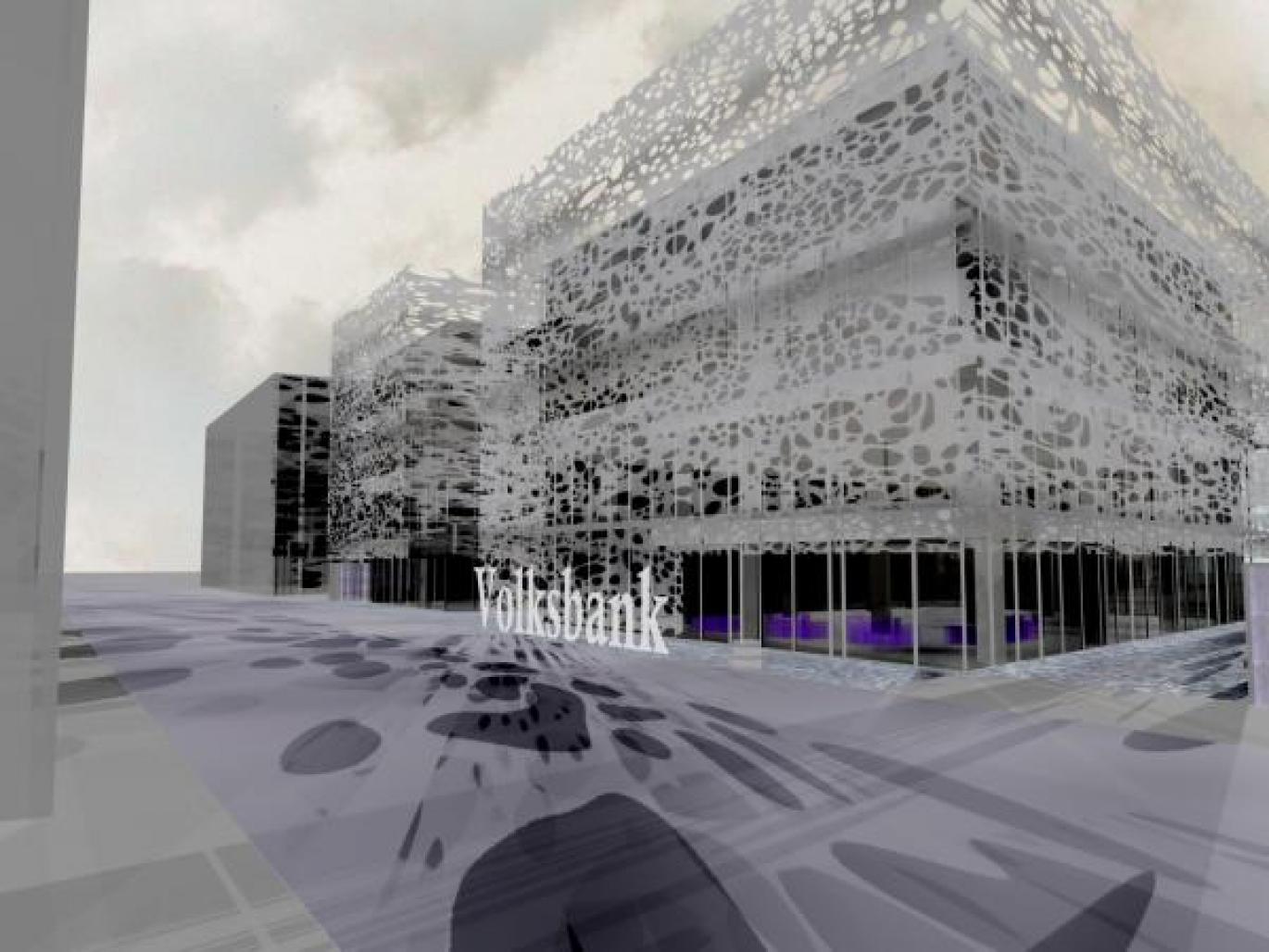 The project of the Volksbank in Bolzano, Italy, has been characterized by the respect of many local urban indications and rules and by very precise functional schemes imposed by the Bank itself.
As a consequence, the shape of the building, a 4 story building of approximately 9.000 square meters mostly occupied by offices, had to follow the shape of the urban block.
This also because it was a simple and easy way to use the entire volume that was possible to build.
What we could do was to think the building as a monolithic glass block {divided by a cut for the entrance} and to put our attention on the aspect and the perception of it, from the outside and from the inside.
Our idea has been to wrap the entire building with a thin and semi transparent metallic skin, showing a particular organic pattern on itself, as a juxtaposition to the rigid volumes of the offices.
The skin has been supposed furthermore to become a symbolic element for the Bank itself, easily recognizable in the city even from far and from the highway and the river passing close and especially in the night.
A strong image and a light aspect has been the architectural result we wanted to reach.
A lot of attention has been given to the distribution of the space in the offices, with a particular eye for the economic side of the construction.
We wanted to reach an evident and sophisticated architecture playing with the light and the visual perception and at the same time with the complexity of the relationship outside-inside and inside-outside.