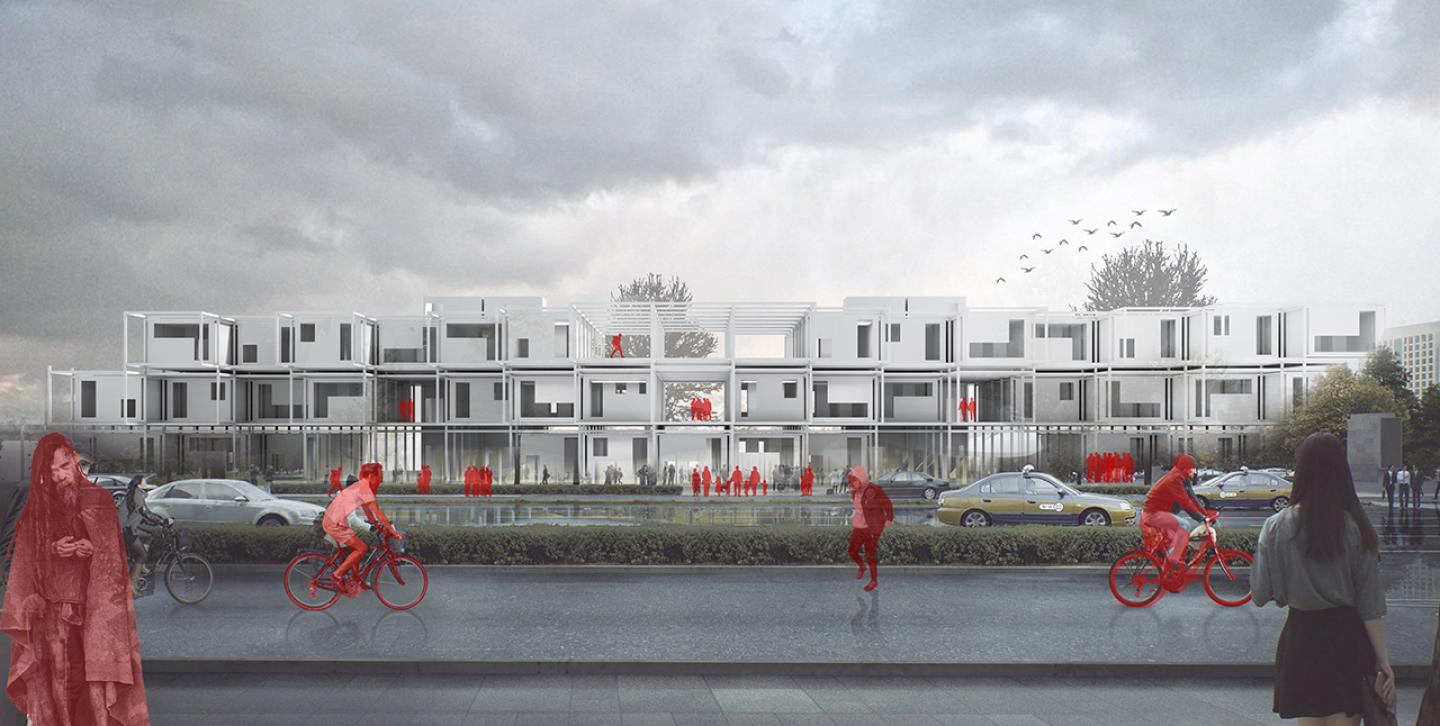 The majority of Metropolitans around the globe suffer a variety of difficulties, in vain population growth, and exponential homelessness is among them.
margins of the cities are gathering points of homeless people and summers. They can also be seen in the heart of the city as individuals, which is damaging to the face of the city and effects the public vitality and exhilaration.Tehran as a Metropolitan in Iran is facing the difficulty.homeless people are suffering the problems including lack of comfort, poverty, addiction, mandatory immigration and etc, which should be separately thought and solved.

Alt1- organizing the homeless people in the urban context, which can be generalized to the whole nation and allocate various sites.
Homelessness and the prevalence of slum dysfunction are still expanding.the option of elimination doesnt seem to be wise, and the best approach toward transforming an inappropriate space to an appropriate is to organize there. generating various contexts in various areas, even different districts can be helpful for the targeted population.
Alt2-creating settlements regarding the modular system of architecture, in addition to opening job opportunities and living conditions in the created architectural system, to form the standard and appropriate life, is the most important keyword, which is the principal element of space organization.
The organization in this architectural approach is the modular system, with its roots in Iranian-Islamic architectural culture since past, meanwhile in modern architecture today.
Alt3: creating educational space for Intellectual rehabilitation in cultural and social manners.this system is designed as a cultural-social filter for homeless people.
Alt4: allocating the site in the city center in order to facilitate cultural-social interactions in the urban context.homeless people are whom who are poor in economics, social and cultural manners.keeping them away from the heart of the society makes them alienated since they cant know themselves as a part of social life, so there should a context be created for social interaction and socializing the homeless people.