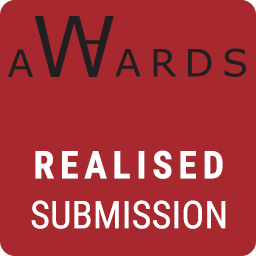 The project is located n Xining City，Qinghai Province，China. The designer summarizes the grand and elegant urban impression of Qinghai and focuses on building a life aesthetics museum with the theme of plateau landscape gardens.The floor area of the project is 1388 ㎡ and covers an area of 7159 ㎡. In the early stage, it will be used as the sales office of the residential quarters. In the later stage, some will be opened to the public as a city living room, and the rest become the owner's back garden.

According to the Chinese people's psychology of being close to nature since ancient times, we combine people with mountains and rivers, and according to the key words “grand and elegant”, we want to bring a garden dedicated to Xining that breaks through the gentle and beautiful impression of Jiangnan gardens and takes plateau landscape as the theme for local people.

Led by architectural design and closely coordinated with interior design and landscape, this unique life aesthetics museum with the temperament of both north and South rhyme is finally achieved.

1. Architectural carving
We chose the representative of northern gardens – the garden of ten thousand gardens -- Old Summer Palace as a reference to interpret the ritual sequence. Starting from the 32nd scene of the Old Summer Palace, "Pengdao Yaotai", we take the spatial layout of "one pool and three mountains" to divide the whole garden into three parts. At the same time, the sloping roof form with double eaves of Xieshan is put in, the traditional architectural elements are simplified, and the court colors of vermilion and gilt are used to highlight its grand and elegant temperament.

2. Space shaping
At the junction of the central drawing room and the third garden, we specially built a four seasons flower hall with the theme of peony，which is also the theme of the fourth scene of Old Summer Palace, " Carve the moon and poke away the clouds ". It is always like spring in the hall, peony is blooming all the time.

3. Landscape integration
How can big mountains and rivers present on this land of only 7000m2? The designer combines the local "Eight scenic spots in Huang" in Xining as the basis of landscape design to create a unique plateau landscape.

Unlike the traditional community design with walls attached to the red line, we don't want it to be a space completely separated from the city and lack of places to communicate with the outside world, like the "Li" in the Lifang system. At the same time, we also want to break the stereotype that sales offices exist just to sell houses, we want to make them part of the city, bringing more possibilities for activities.

Guided by this concept, this semi-open community garden was formed. Its first two parts are open to the outside world, so it adopts the northern garden technique of middle axis symmetry and overlapping eaves, which is grand and magnificent to highlight Xining people's pursuit of ceremony. The third part is the interior courtyard specially created for the owners, which is closer to the private garden of Jiangnan in style, exquisite and elegant, in pursuit of inner peace.

Xining has a plateau continental climate, with short warm season, long cold season and more than 200 days of winter. In order to ensure the transparency of the interior space and the energy saving of the building at the same time, we specially choose three layers of hollow low-E glass, which greatly reduces the energy consumption and cost of heating and reduces the carbon emission.