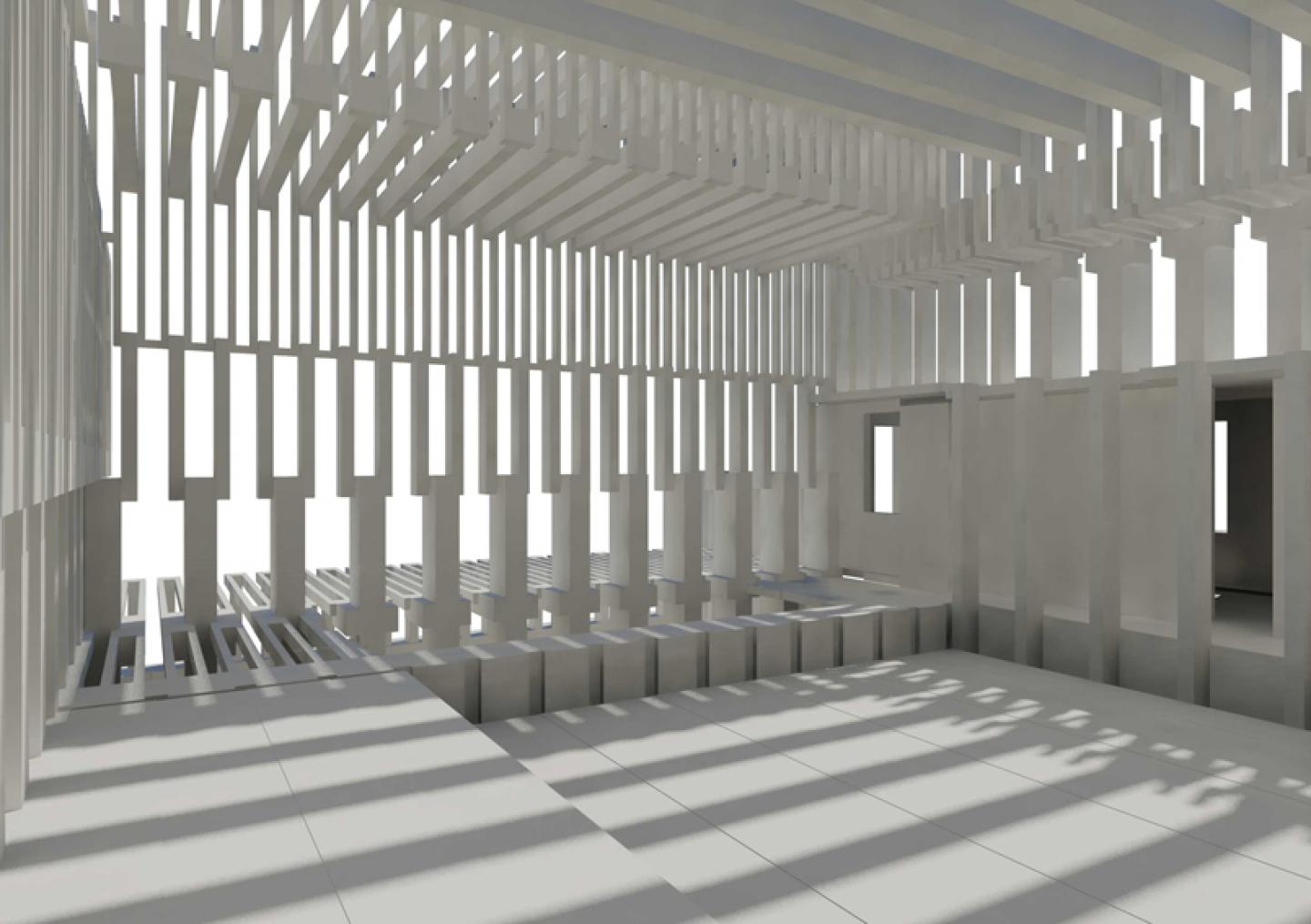 (Google translation) MEMORIES - REHABILITATION CASA GARCIA MORENO AS THE CULTURAL CENTER OF SPAIN IN QUITO CULTURAL SYNCRETISM SPAIN IN QUITO. A contemporary arts center in a house in the historic center. The project started from a dual two cultures, two eras, two countries. In Potosí, for three centuries, two cultures, the Spanish and the indigenous religion, they find a common ground. The Virgin in the table of the Hill is representing the Virgin and at the same time, in its conical mantle is also represented Cerro Rico, the Pacha Mama sacred. The two apparently incompatible signifiers are unified, they become a single object syncretic, mestizo, with the overlay icons. Contamination, translate, without relinquishing their individual essence. At the Center of Contemporary Culture of Barcelona, a glass building reflects the faculty in which inserts and duplicates, reflecting both its facade covered in a high slopes. The result is a single perceptual experience, but the buildings give up their home or their time. LIGHT intertwined in Quito, the new building should not be in front, separated from the historic building. Rehabilitation on the one hand, a new building on the other. Wanted overlap, mutual respect, embrace. The vacuum as a meeting place, time and time again the cloister to the landscape. The new building is an envelope filter that connects to the light, with nature and the city. It extends on the round, leaves the water or sun light screened on the day and projected into the night. The roof unifies the project, gives us a level of general facilities, oversees the light and the weather allows hanging objects (chairs, art, screens, floors, mobile) is both unifying and support diversity and versatility. METHOD The four scales in a single formal element and a fixed relationship between two equals four filter scales: the smaller screened the view to reduce external stimuli in the exhibition, the second person, light, sky views are screened on Three options for closure. The biggest allows the passage of persons and mark entrances and connections. Four levels of structure, according to load requirements or light off. Four scales from the urban, residence, building, city. Timeless Timeless reversible: archetypal form, emptiness, space and light (porches, Mediterranean vineyards) function does not specify a single formal system (Donald Judd) Three scales, three-dimensional (person, building, city) 4 pers scales, bay, buildings, city) musical scale, sounding board, light and rhythm, light body (xenaquis, Spilberg) filter light, rain and users: permeability (Kengo Kuma) Reversible: Prefabrication, assembly, disassembly (Alberto Mozo) Flexibility and changing roles one building system in a single detail, a single environment related material to fill and empty original building windows / wall = 1 / 2 contemporary building empty / full = 2 / 1 reduction in square meters by the flexible use of space (great hall museum black box on multiple uses) (receipt can be faculty or black box) museum in bays of the original building to provide public presence at the new entrance from the round of massive program (infrastructure into the neighborhood) filter light, water, people is a primitive order classical architecture, rhythm, scale, repetition (trellises Mediterranean)