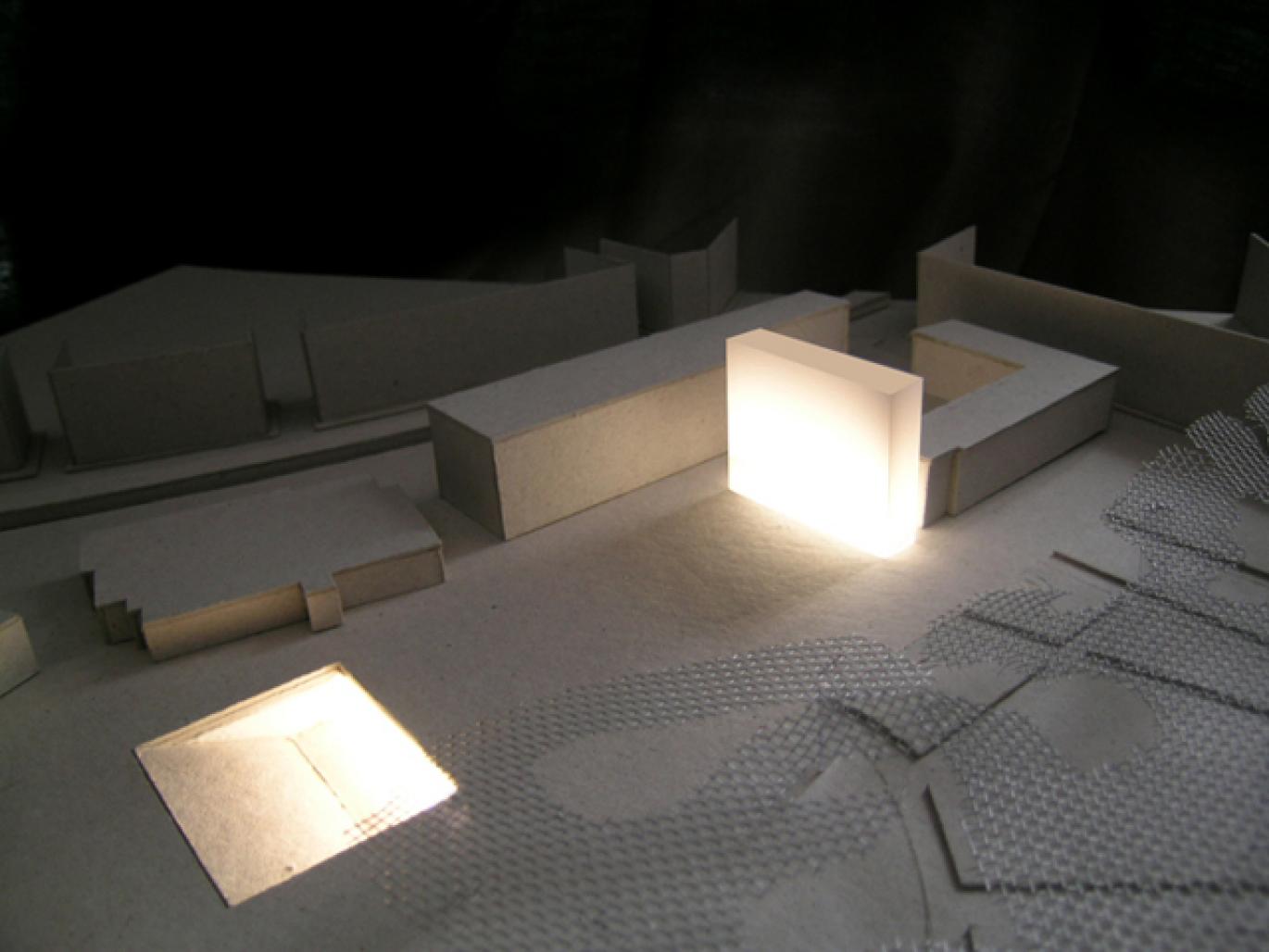 vora arquitectura was founded in 2000 in lisbon by pere buil castells and jordi fornells castelló who were joined by toni riba galí in 2004. it is a well established practice of young architects who studied architecture at the escola tècnica superior d`arquitectura de barcelona {etsab}. before starting their own practice, they previously collaborated with the architecture offices of gonçalo byrne, joao luís carrilho da graça in portugal, and bosch-tarrús and tarrassó-espinàs in barcelona. even though they still keep a small infrastructure in portugal, they moved back to barcelona in 2002. the can ricart sports centre is their major work build to date. in addition to the sports complex they have been able to build a few single-family houses and several private reforms. during these years they have worked as well on several public projects, some close to construction, like two additions to two different sports complexes, a stepped public space with parking underneath, a traveling interactive scientific exhibition in portugal, a maritime terminal for cruises at the barcelona harbor {in co-authorship with olga tarrassó, julià espinàs and jordi henrich}, and an addition to the carballeira restaurant in lleida.