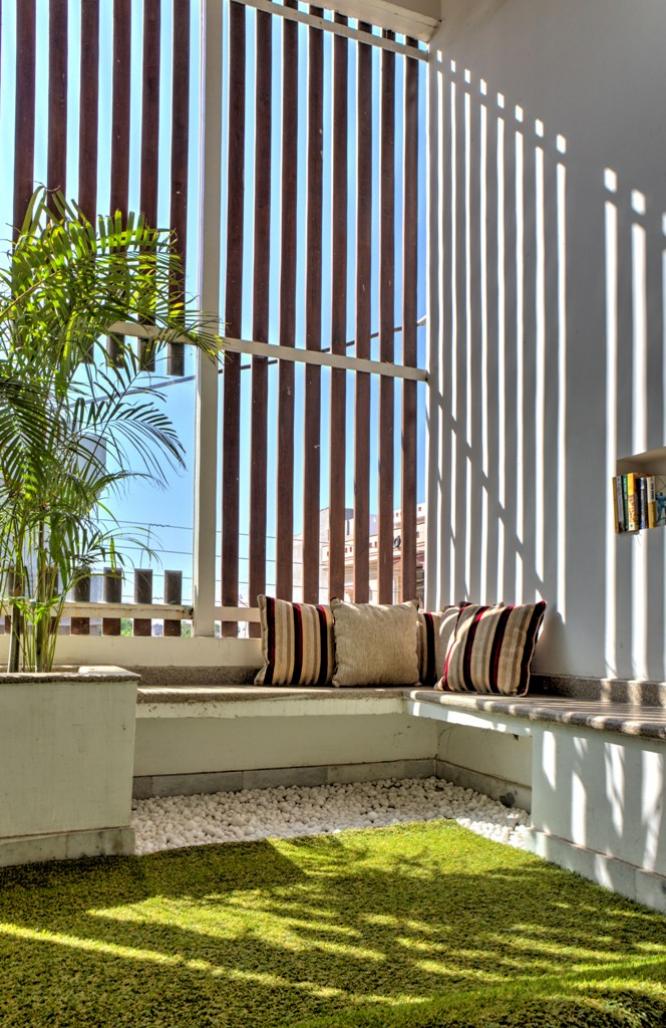 Studio AVT firmly believes in the uttermost importance of the space within & beyond rather than the built frame. We endeavor to design and develop an environment for stories to take birth and remain, where true feelings are captured and felt with a sense of belonging, only to resonate through time. “We intend to breathe” is what our motto is. In the year 2009, Architect Ankita Sweety & Pratyoosh Chandan initiated “Studio An-V-Thot Architects Pvt. Ltd.” a Design Consultancy firm in Delhi. Since then the studio has taken up and completed several Architectural and Interior projects of varied nature, scale and sizes. The studio’s core effort to convert a thought into reality has consistently led them for pursuit of excellence. An-V-Thot is a hybrid of two words, (anvit) Sanskrit & (thought) English. anvit means followed by, so it is actually a studio followed by a thought, and as the name suggests both Ankita & Pratyoosh are always eager to and strive to define their endeavors in a thought evolving and settling manner. Ankita Sweety B. Arch She graduated with a distinction in her Architectural Degree from NIT Patna and during the course, also won numerous National and State level Design Contests of repute. Since then she was associated with one of the leading design firms in New Delhi for two years. She is also a Visiting Faculty at an Architecture College in Gurgaon. Apart from that she confidently holds the post of countrys editing member for World Architecture Community. Pratyoosh Chandan BATCM, HND After graduating in Architectural Technology & Construction Management from Rai University, he worked with an established firm in Delhi for three years wherein he led various design projects of diverse nature. He then went to UK to further pursue his architectural critique, from University of Brighton, UK. Thereafter he co-created Studio an-v-thot with Ankita to provide design solutions.