The four strong buildings from Budapest, Brazil, Tokyo and Milan have been named among the shortlist of the Royal Institute of British Architects' International Prize for 2018.

Awarded every two years, the RIBA's International Prize rewards the most inspirational and significant new buildings across the globe and celebrates international architectural talent.

"The marker of a truly successful building is the positive contribution it makes to its local context and people. All four of these projects thoroughly demonstrates visionary, innovative thinking and excellence of execution, and positively impacts the communities they have been designed for," said RIBA President Ben Derbyshire.

"Whilst these four buildings are in different time zones and continents, like all great architecture they share common qualities, of particular note is their sensitivity to their local environment and their responsiveness to the particular needs of the people that will use them."

"I am pleased that three of the four projects are education buildings, providing innovative and inspiring spaces for young people to live, learn and achieve their potential. The fourth scheme is a bold approach to the greening of high density urban housing that is already inspiring other cities."

"I look forward to seeing which building the distinguished Grand Jury selects as the winner later this year," Derbyshire added.

The four buildings have been selected following a rigorous judging process, from a long list of 20 exceptional new projects in 16 countries.

See the four shortlisted projects with short info below: 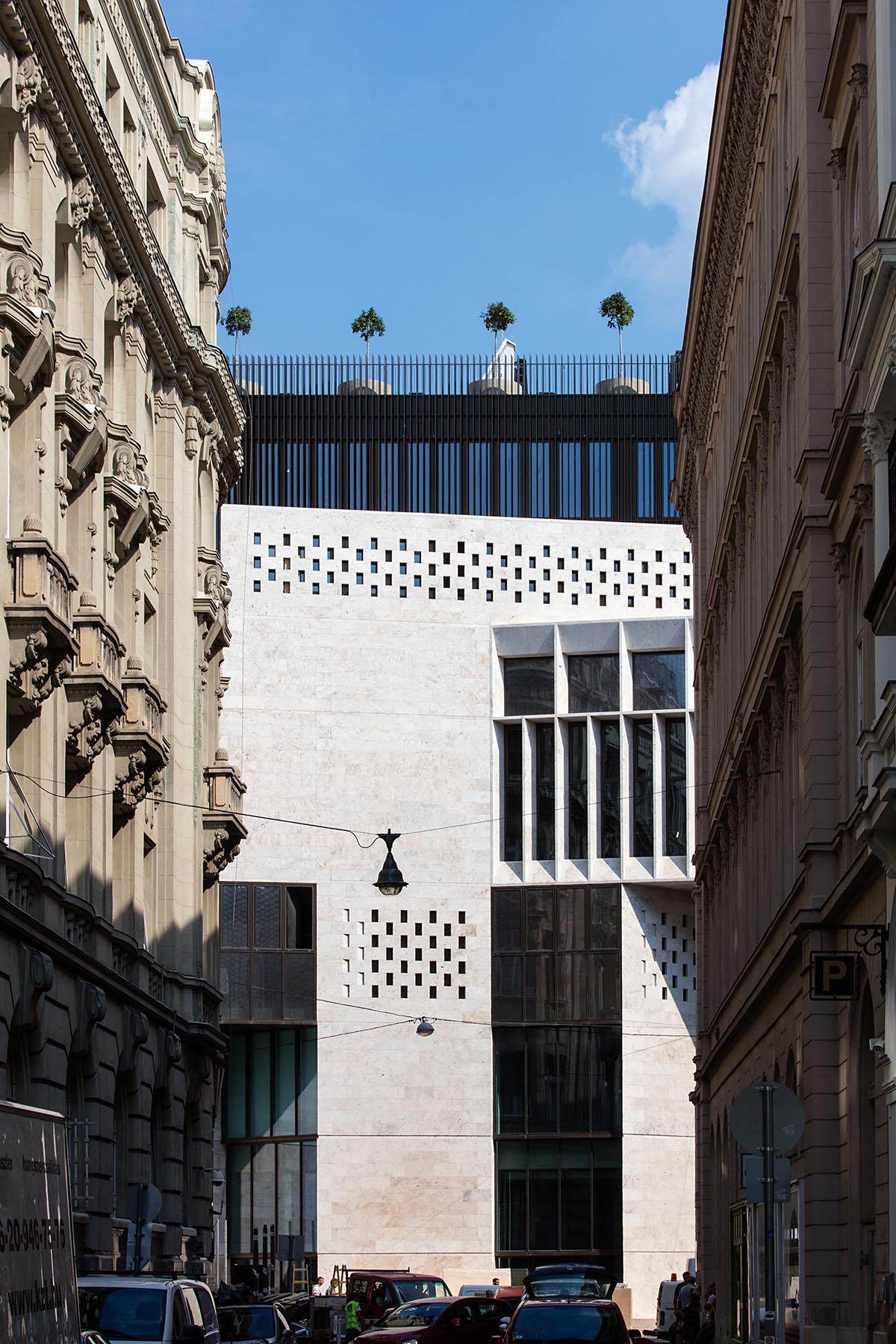 "As part of a major redevelopment of the Central European University, the architects have added a new limestone-clad building to a street in the heart of Budapest. Drawing on the city’s unique vernacular, the new design skilfully knits together several historical buildings and courtyards to create an internal sequence of spaces and routes. The project brings a total of 35,000m² of new space to the inner-city campus, and consists of a new library, an auditorium, teaching and learning facilities, study rooms, and a café." 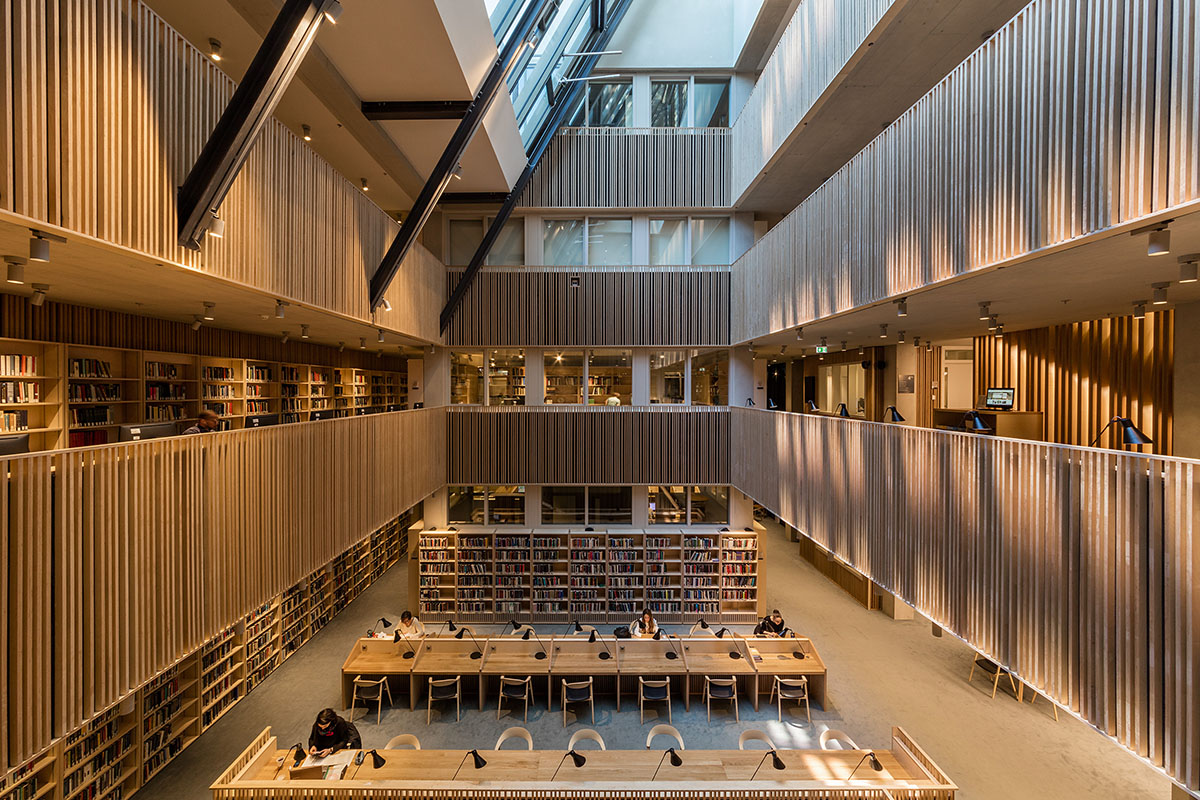 "We are delighted to see the CEU on the shortlist for the RIBA International Prize. This has been a special project for us. An open campus for a liberal-minded university, the project took us on a journey of discovery into the architectural, cultural and urban morphology of Budapest, involving us in sometimes sympathetic, sometimes controversial discussions with the city authorities during the design process," said Irish architects Sheila O’Donnell and John Tuomey of O'Donnell + Tuomey.

"We wanted the building to fit into its context, but to fit in by standing out. Now that its built, the project seems to be widely accepted and well understood as belonging to its place, a new part of the old city." 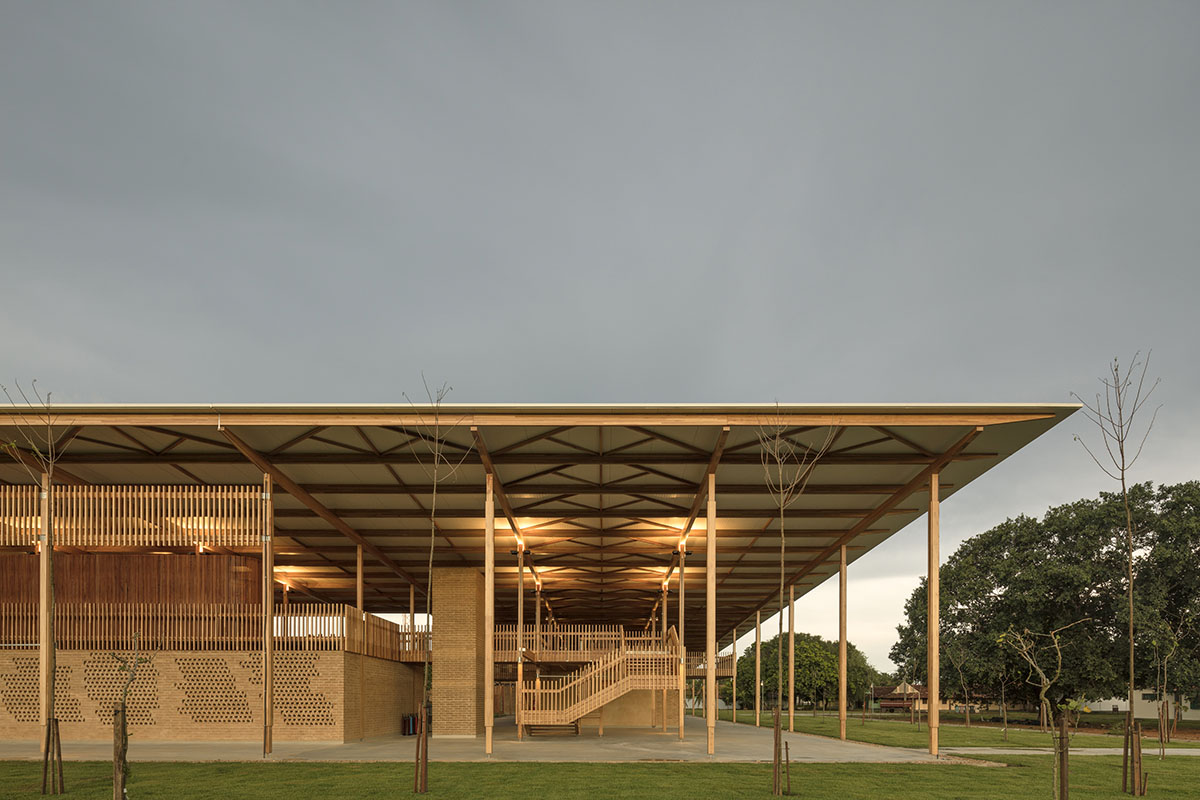 "Children Village, located in a rural area on the outskirts of the Amazon, provides boarding accommodation for 540 senior school children at the Canuanã School. Largely made from locally-sourced timber, the Brazilian architects exploited the abundant natural resources surrounding the site in an innovative way, thus promoting both economic and environmental sustainability."

"A variety of interacting spaces – from dormitories and reading spaces to balconies and hammocks – were designed together with the students in order to improve their quality of life and refine the bond between them and the school. Children Village is an exemplar of how architecture can stimulate its users, as well as the surrounding community, in a region rich in natural resources but poor in educational opportunities." 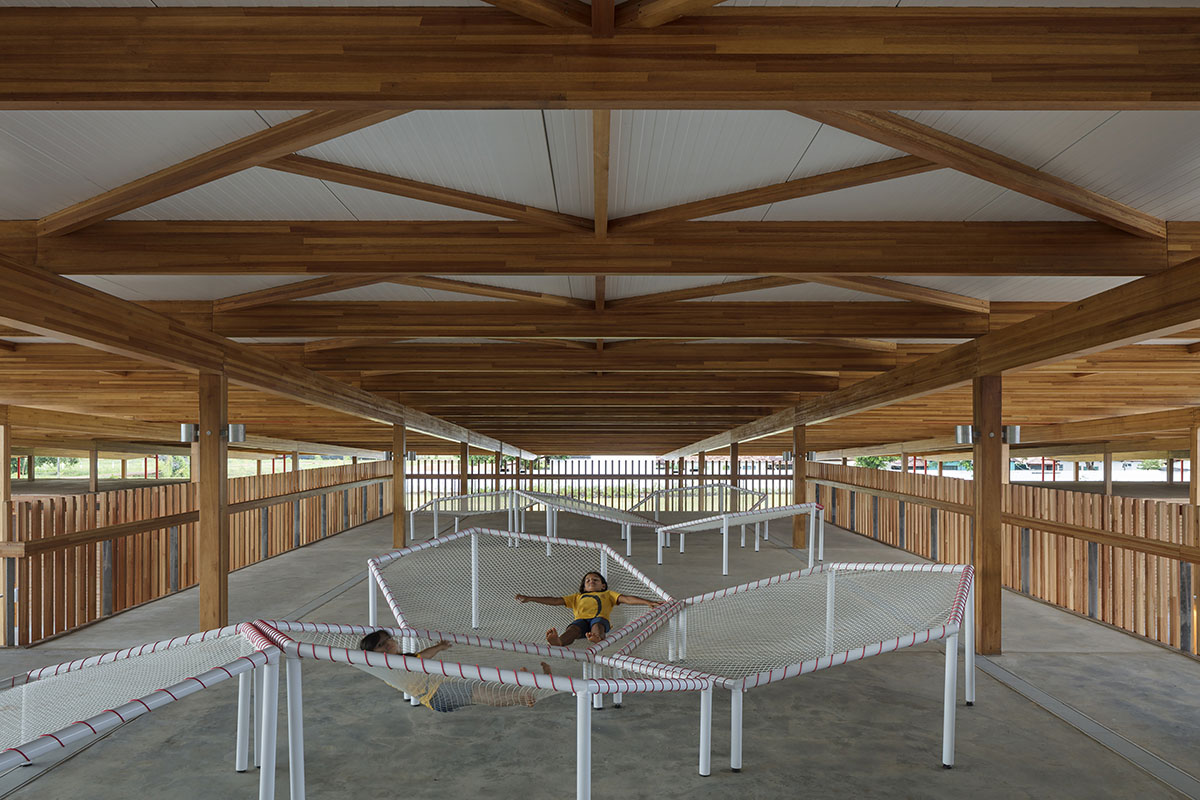 "To be recognized by one of the leading architectural associations in the world reveals the work’s coherence and indicates that the issues raised, while deeply linked to the local situation, reverberate with a broad spectrum of current political, economic and social challenges," said Gustavo Utrabo and Pedro Duschenes from Brazilian architecture practice Aleph Zero. 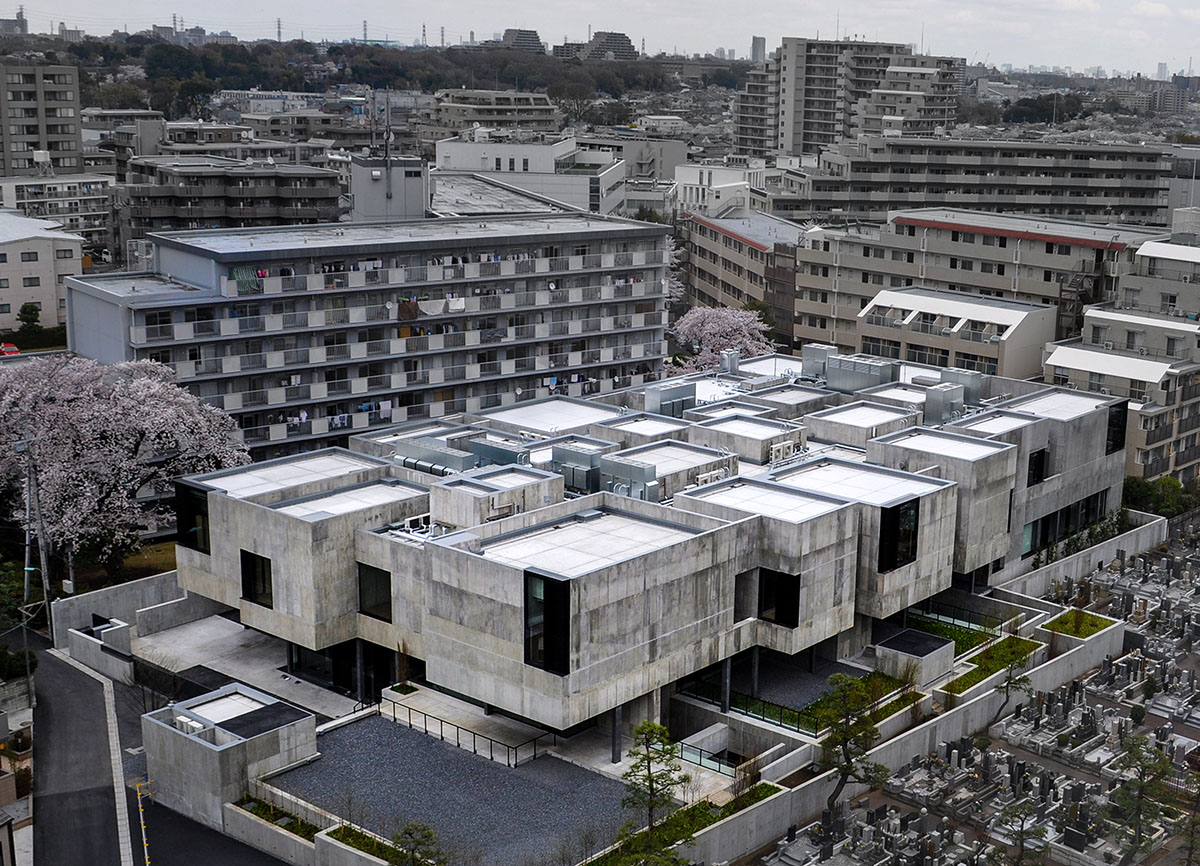 "Toho Gakuen School of Music is a famous music college in the suburbs of Tokyo. This new open-plan campus replaced an earlier building on the site, which had a conventional arrangement of cellular practice rooms along a corridor with no natural light. Conversely, this virtuoso piece of architecture has an almost village-like quality with independent teaching spaces, neat communal spaces, and lots of natural light thanks to exposure to the exterior."

"Guided by the imperative of optimum acoustics, the Japanese architects have ensured that each lesson room has a proportion and size requested by each instrument, and is arranged with a void space in between, such as a corridor, to provide acoustic separation. As a result, music from each room can be heard in the corridor, but in the rooms there is silence."

"We are greatly honoured that Toho Gakuen Music School has been shortlisted for the 2018 RIBA International Awards. The work aimed at breaking away from the typical model that can be seen in standard music schools, where lesson rooms are placed along gloomy internal corridors. We are looking forward to seeing how our challenge of creating a new natural scenery from the overlapping of many kinds of parameters – perhaps a very Japanese approach to using computational design – is evaluated in the UK," said Tomo Yamanashi of Japanese architecture practice Nikken Sekkei. 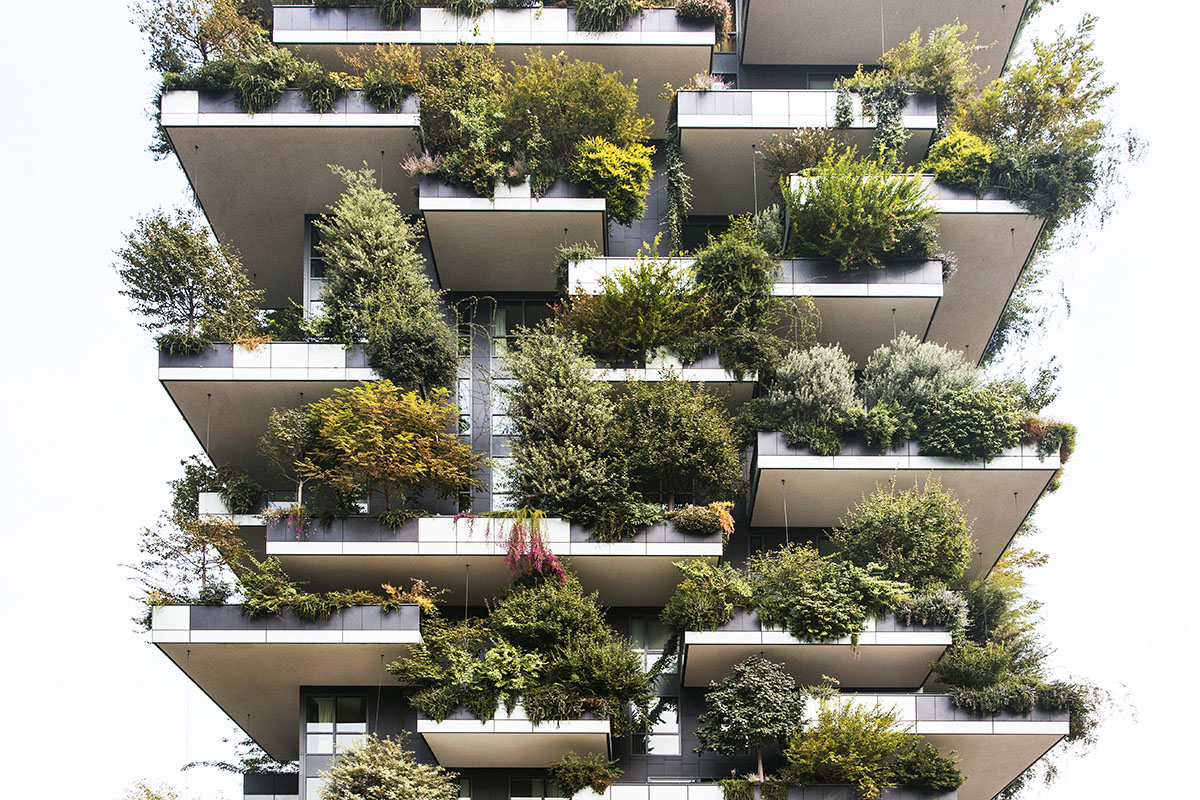 "Vertical forest is the second of two residential towers in Milan representing a new approach to high rise buildings in which trees and humans coexist. The project consists of two towers of 80m and 112m, planted with almost 17,000 trees, shrubs and plants. This provides the equivalent greenery of 20,000m² of forest and undergrowth."

"A project of urban reforestation, Vertical Forest has wide-reaching environmental benefits. Not only does it increase biodiversity by repopulating the city’s flora and fauna, but it even creates its own microclimate to filter fine particles and improve air quality. The building also presents a smart solution to control urban expansion, with each tower constituting the equivalent of a peripheral area of single family houses and buildings of around 50,000 m2." 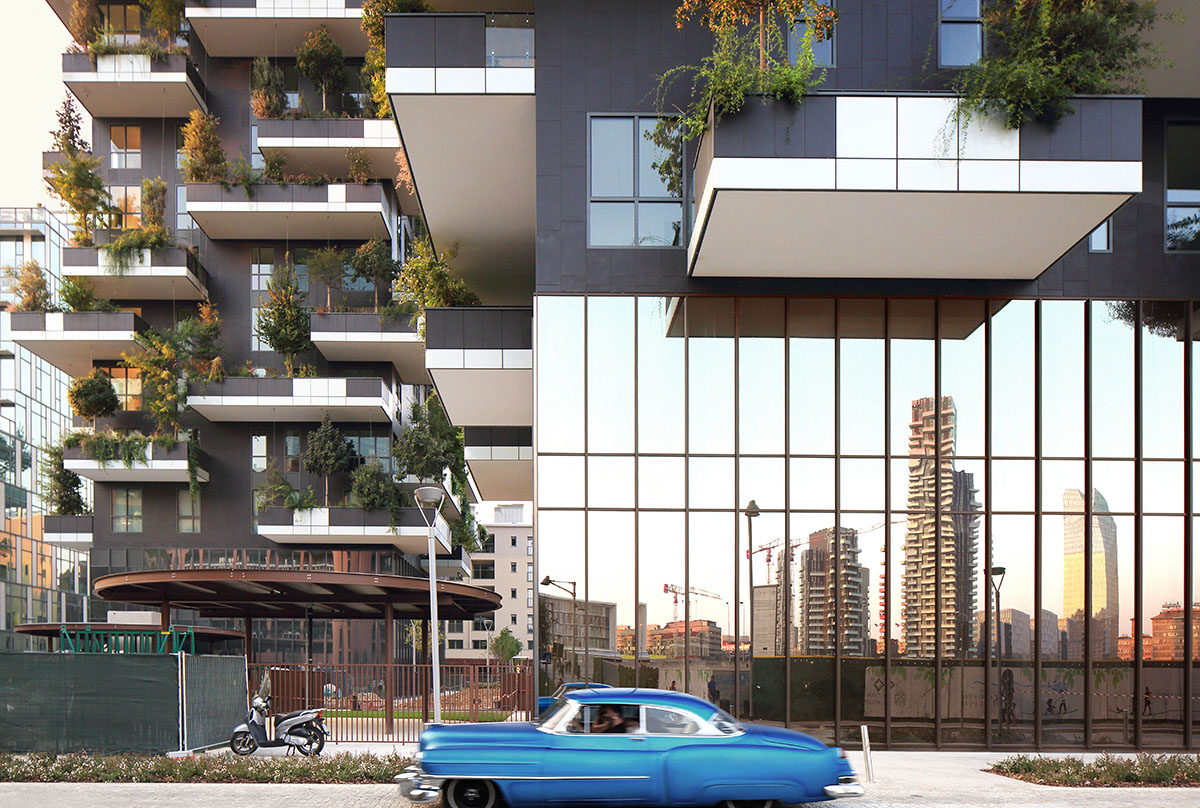 "We are thrilled to have been shortlisted for RIBA International Prize 2018. The RIBA judges buildings on their technological innovation and social value as well as by aesthetic qualities, and we are delighted that Vertical Forest is seen to represent these values. Since its completion, the Milan Vertical Forest has become the prototype for numerous buildings around the world that now host living nature on their façades. We are happy that architects and engineers all over the world are recognising the challenge of climate change and embracing a radically new and sustainable model of urban architecture to create the city of the future," said Stefano Boeri, Gianandrea Barreca, Giovanni La Varra of Italian architecture practice Boeri Studio.

The winner will be announced in late November 2018, the 2018 RIBA International Prize will be awarded to a building that exemplifies design excellence, architectural ambition and delivers meaningful social impact. The prize is open to any qualified architect in the world, for a building of any size, type or budget.