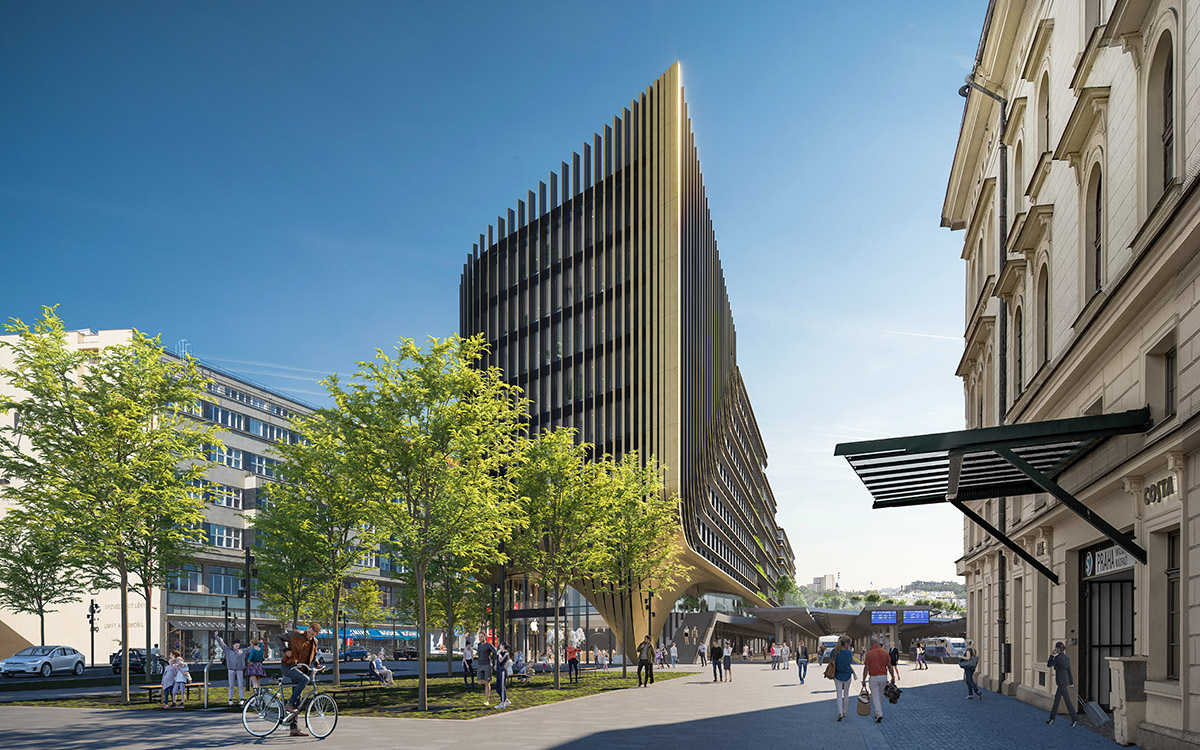 Zaha Hadid Architects has shared updates and new visuals for the Masaryčka Building in Prague, Czech Republic. The studio said that construction continues with the structure of the retail levels on the ground and first floors now completed.

The studio revealed first plans in 2016 to design a new urban development adjacent to the city's Masaryk Railway Station. A set of new visuals show that the studio has refined the plans and gave a more detailed look to the complex with façade elements and overall composition.

Zaha Hadid Architects also added that works have begun to construct the higher floors of cantilevered offices with terraced roof gardens. The building is planned to open in 2023. 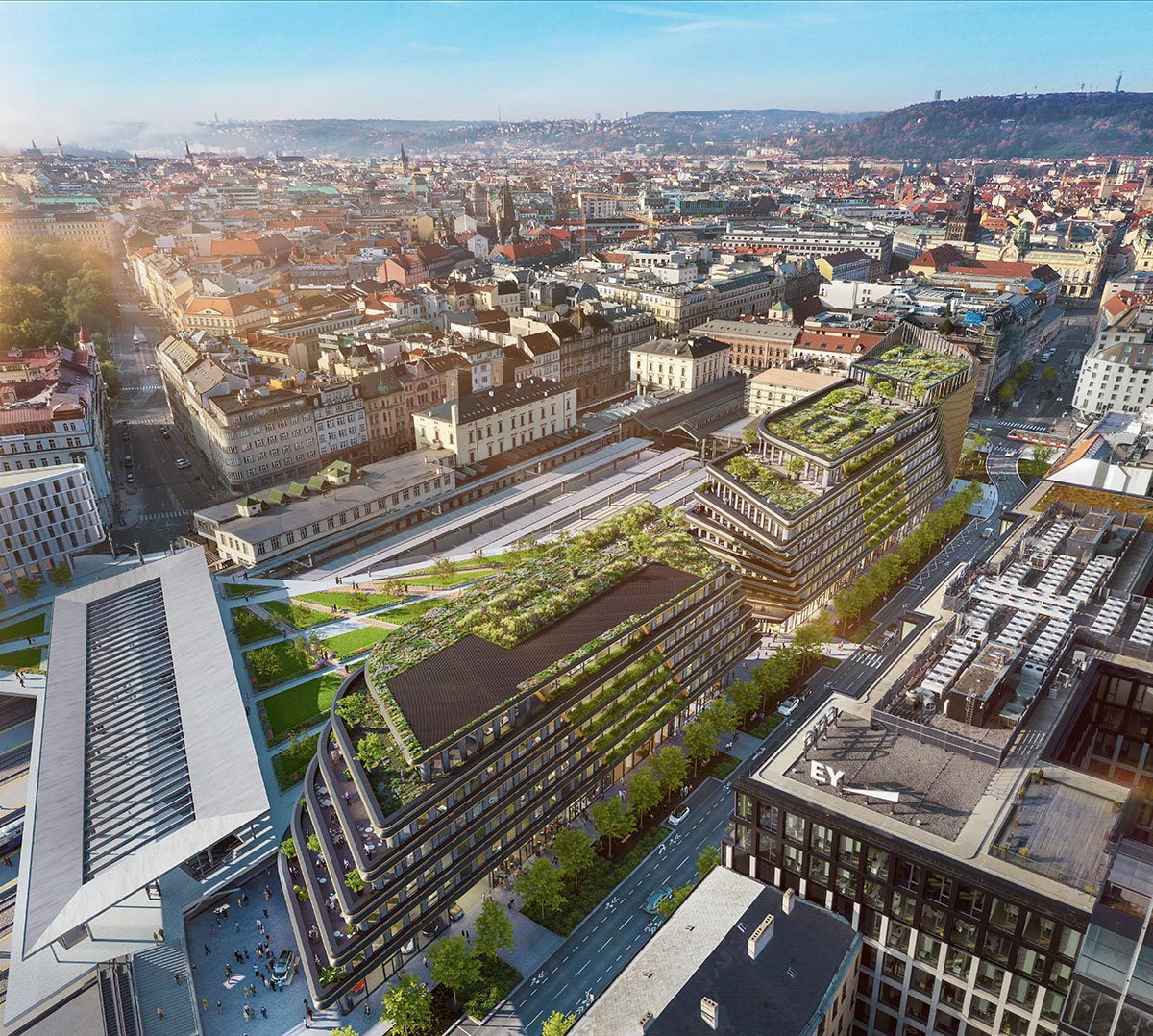 Covering a total of 28,000 square meters, the building incorporates seven storeys within its eastern section and reaches nine storeys at its western end.

Circulation routes are the main elements that unify the building composition based on the site's existing conditions, giving access to new civic spaces within a major transport hub for the city.

The new scheme will be integrated with the Správa železnic (Czech Railways) reconstruction of the historic Masaryk Railway Station, which will create a new public park partially over the railway tracks. 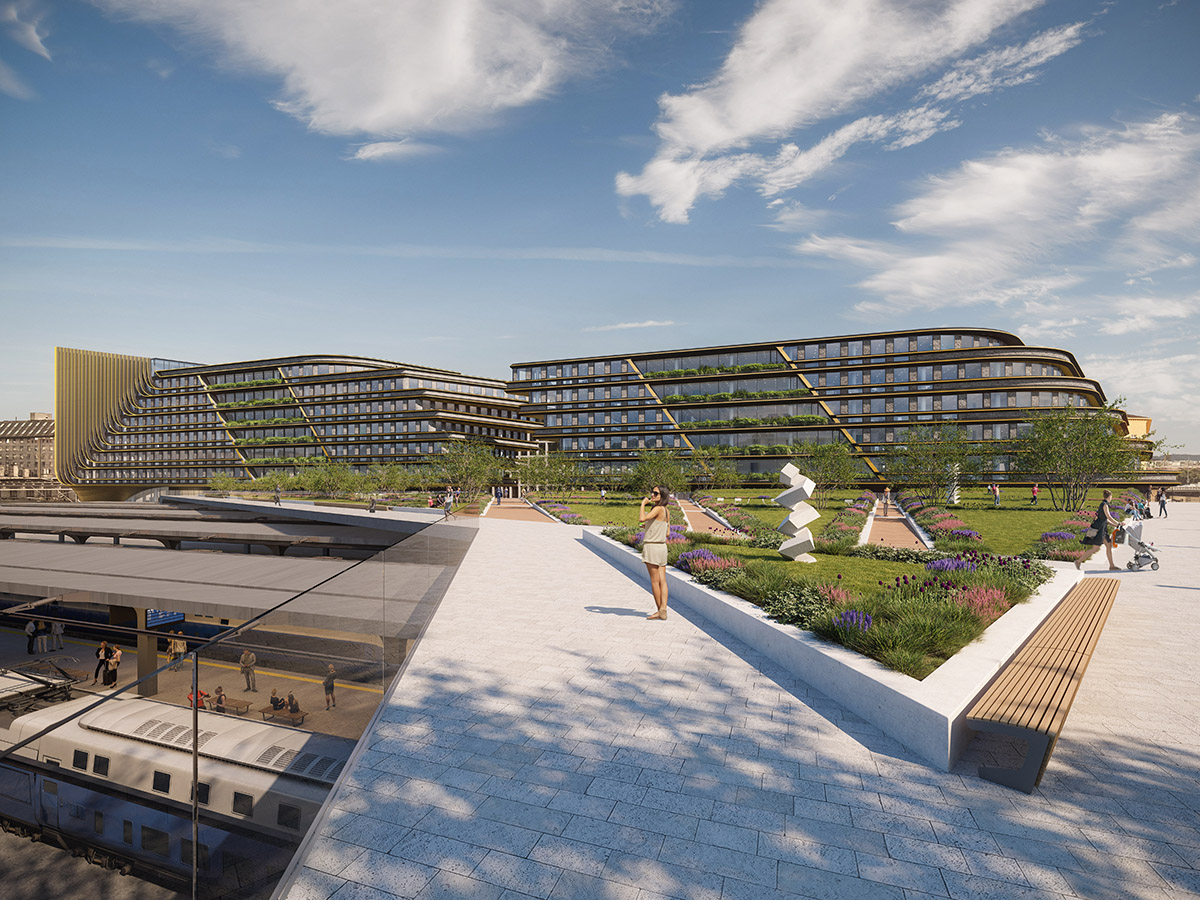 The Masaryčka’s design will provide a new pedestrian route between Na Florenci Street in the north and Hybernská Boulevard to the south, in addition to enhancing accessibility to the railway platforms below.

Located adjacent to the railway station on a derelict site that has stood abandoned for several decades, Masaryčka will replace the existing car park on Havlíčkova Boulevard with a new public square that includes entrances to the city’s metro network.

"Establishing a dialogue with the urbanism of Prague’s Old Town, known as ‘the city of 100 spires’, external fins within Masaryčka’s façade transform the project’s horizontal composition along Na Florenci Street to the verticality of its western end facing the spires of the Old Town." 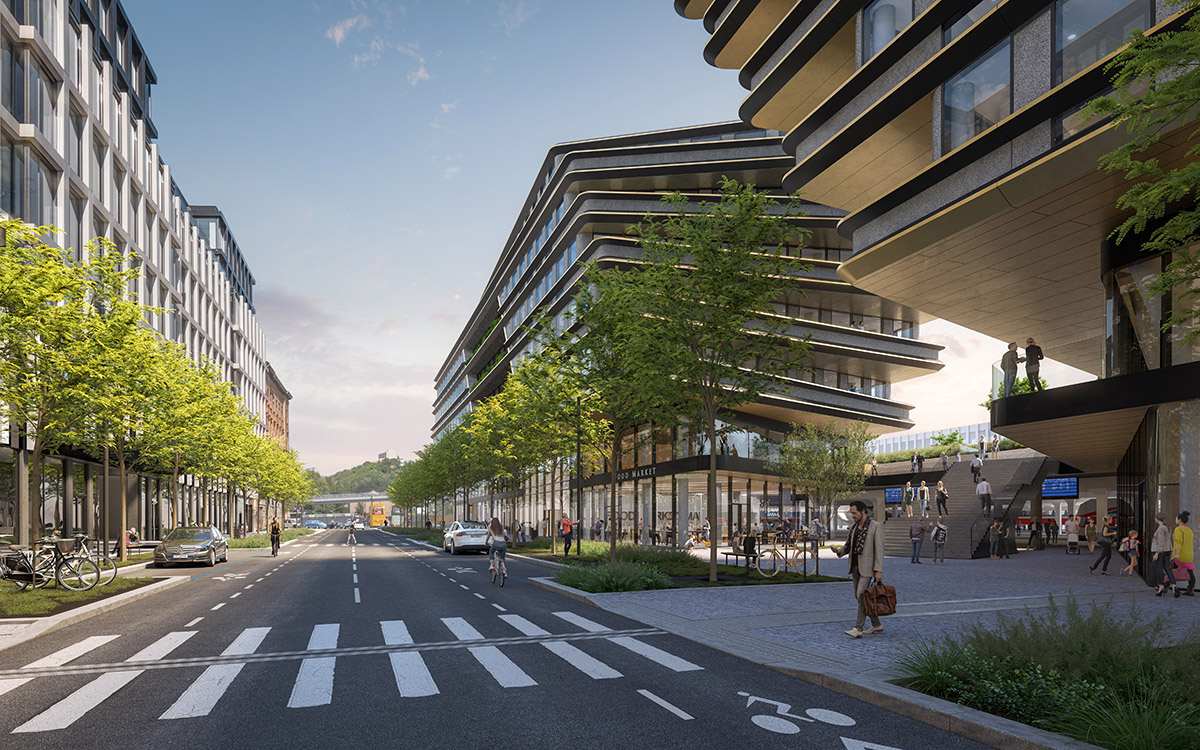 Taking sustainable features to the core of design, the project is targeting LEED Platinum certification. The project incorporates roof gardens and a triple-insulated façade that ensures optimal natural light at all work stations and communal areas.

The team will implement natural ventilation that will be supported by a high efficiency plant with waste heat recovery systems. By using photovoltaics, the panels will harvest renewable energy while smart management systems will continually monitor and adjust environmental controls to reduce energy consumption. 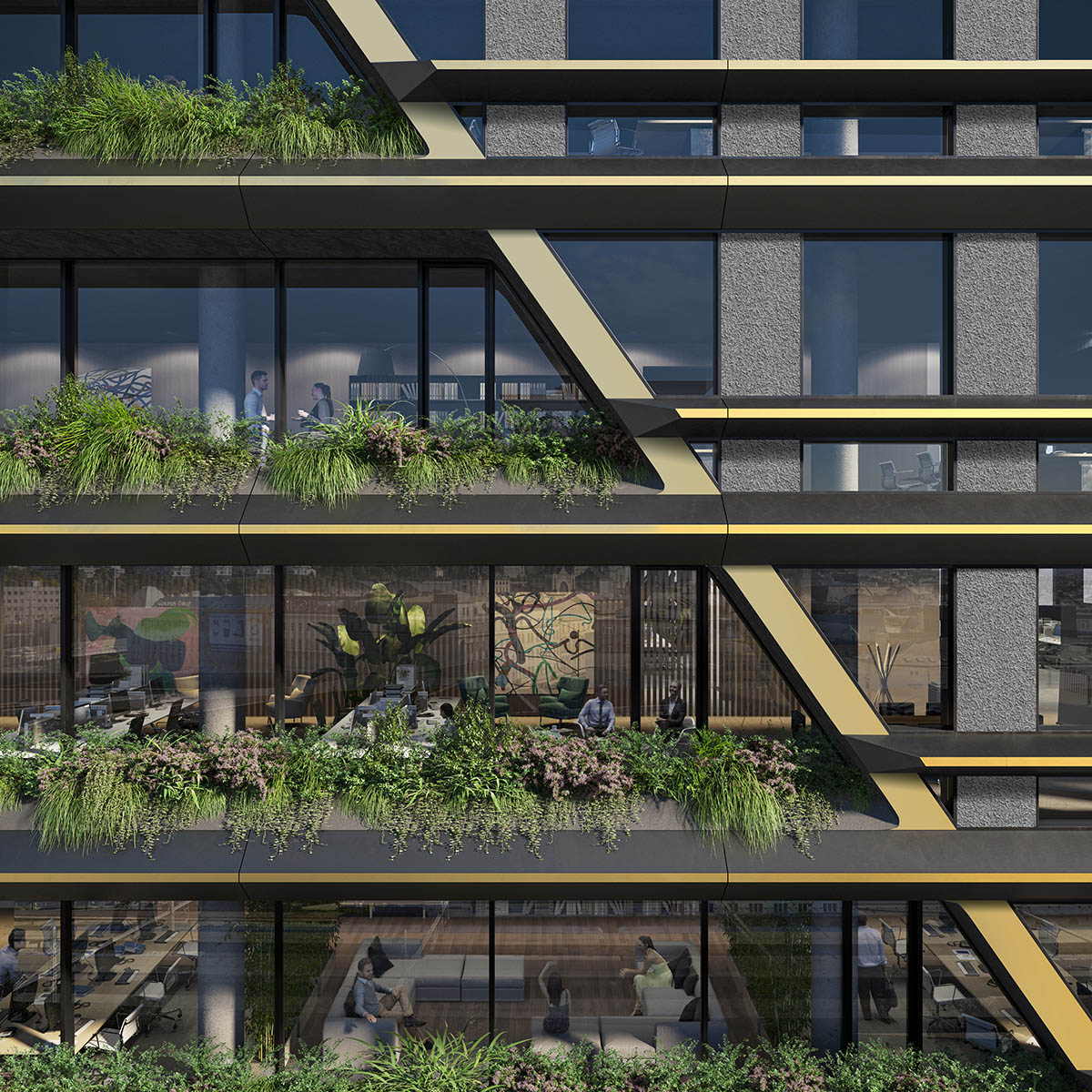 Natural air purification and cooling summer shade will be made through extensive planting of shrubs and trees irrigated by rainwater collection. This will also include the transformation of Na Florenci Street into a tree-lined avenue. 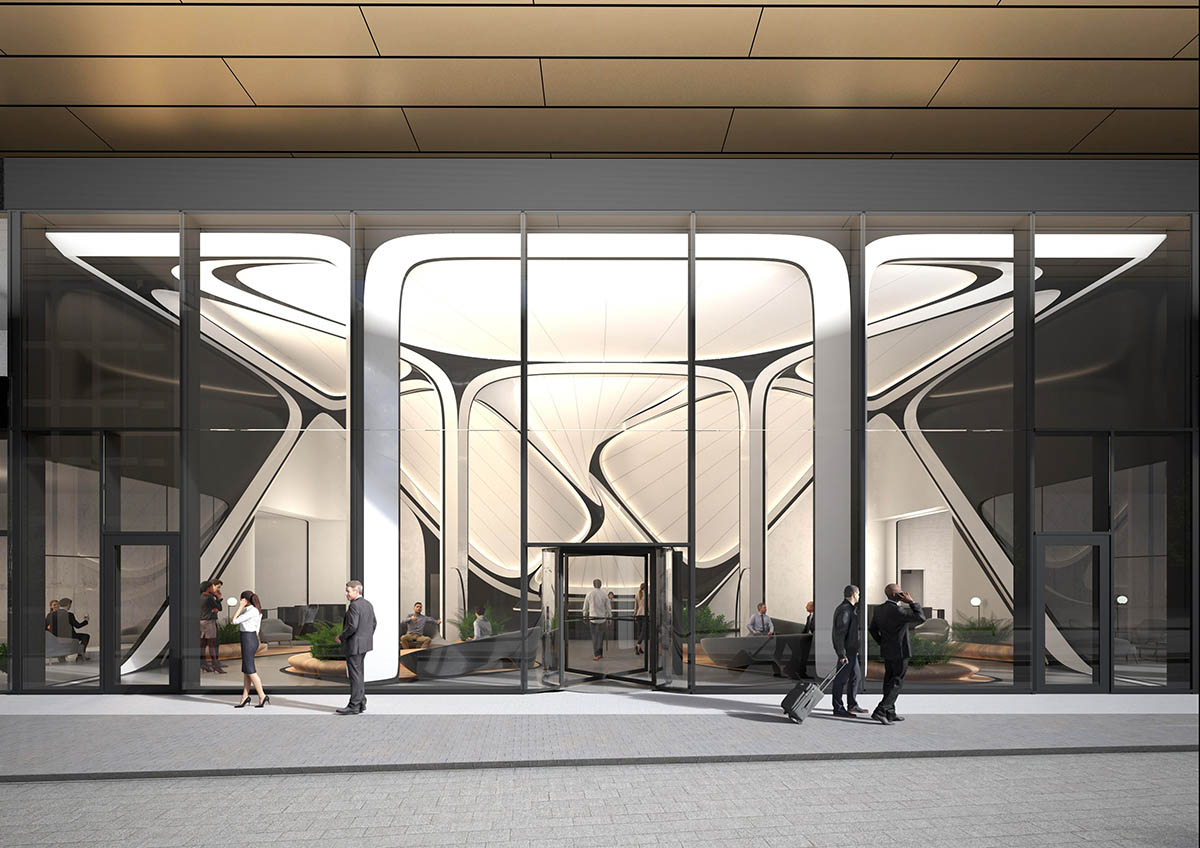 ZHA emphasized that "Masaryčka’s construction and procurement prioritises local suppliers and materials with a high recycled content to meet the 2025 targets for embodied & operational carbon established by the RIBA 2030 Climate Challenge." 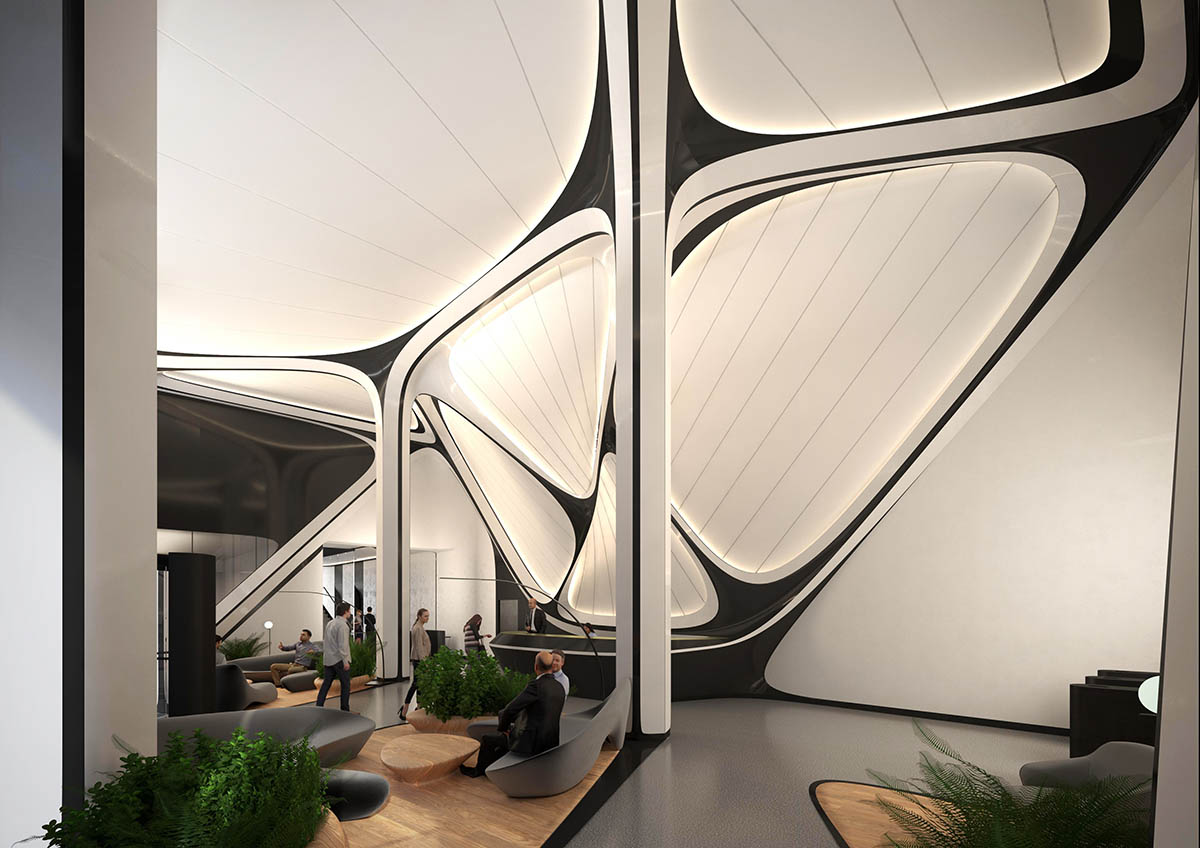