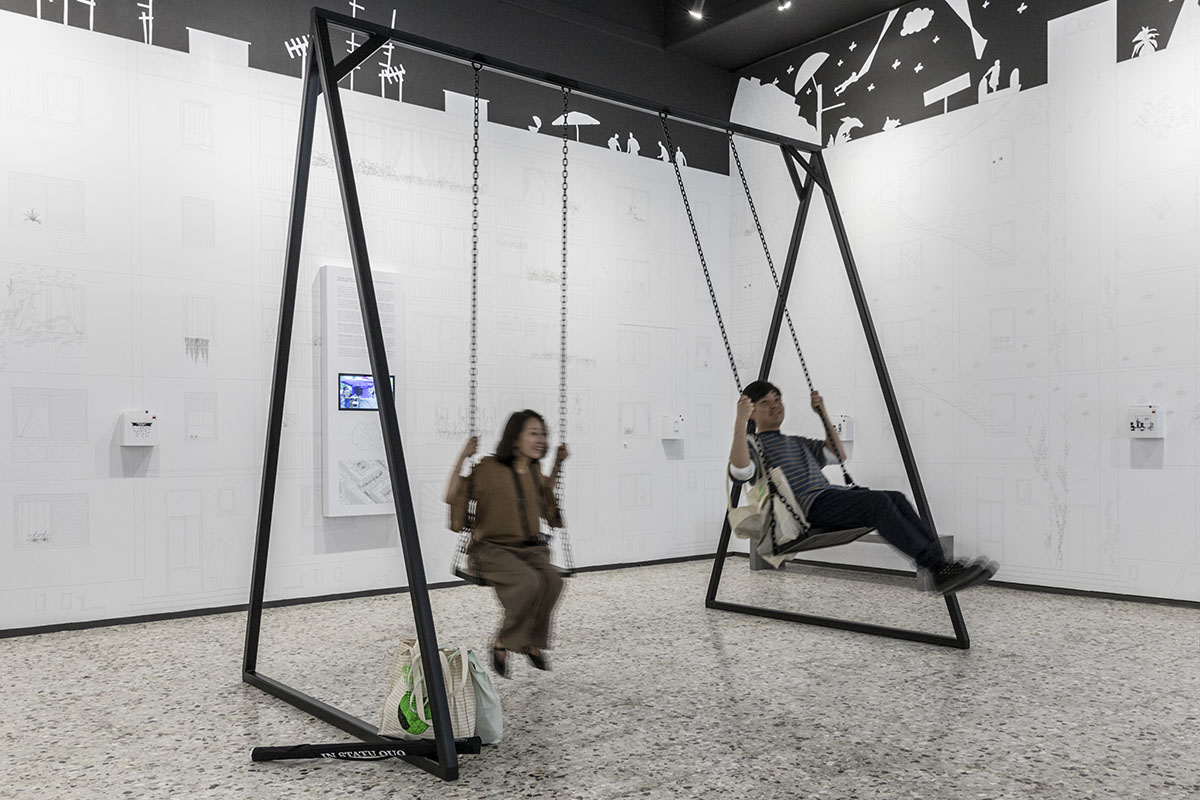 The Pavilion of Romania has installed a real playground to remind free use of public spaces and to  invite everyone to see the exchange roles on the playground at this year's Venice Architecture Biennale.

Titled Mnemonics, the Pavilion aims to create "collective memories defining our territory", by installing a real field of play to allow visitors to interact each other. 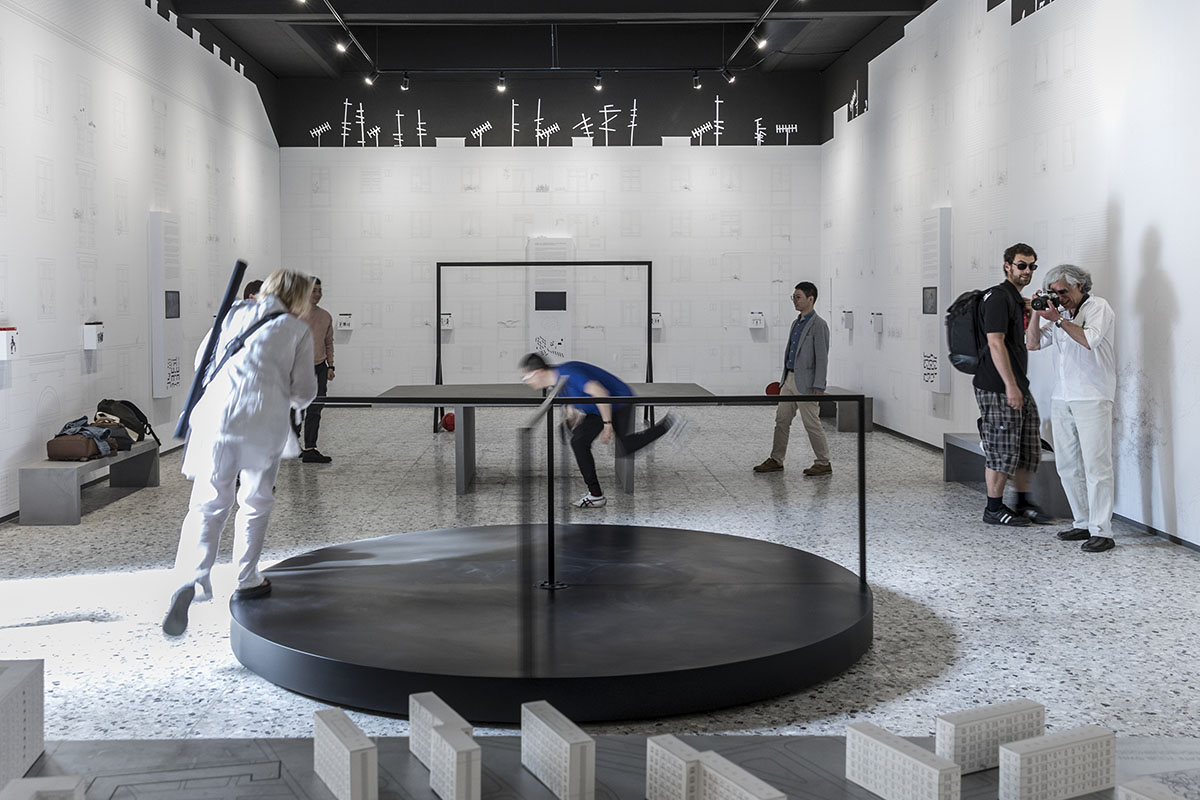 The exhibition is composed of two components: one in Romania’s Pavilion in Giardini della Biennale and the other in the New Gallery of the Romanian Institute of Culture and Humanistic Research (RICHR) in Venice. 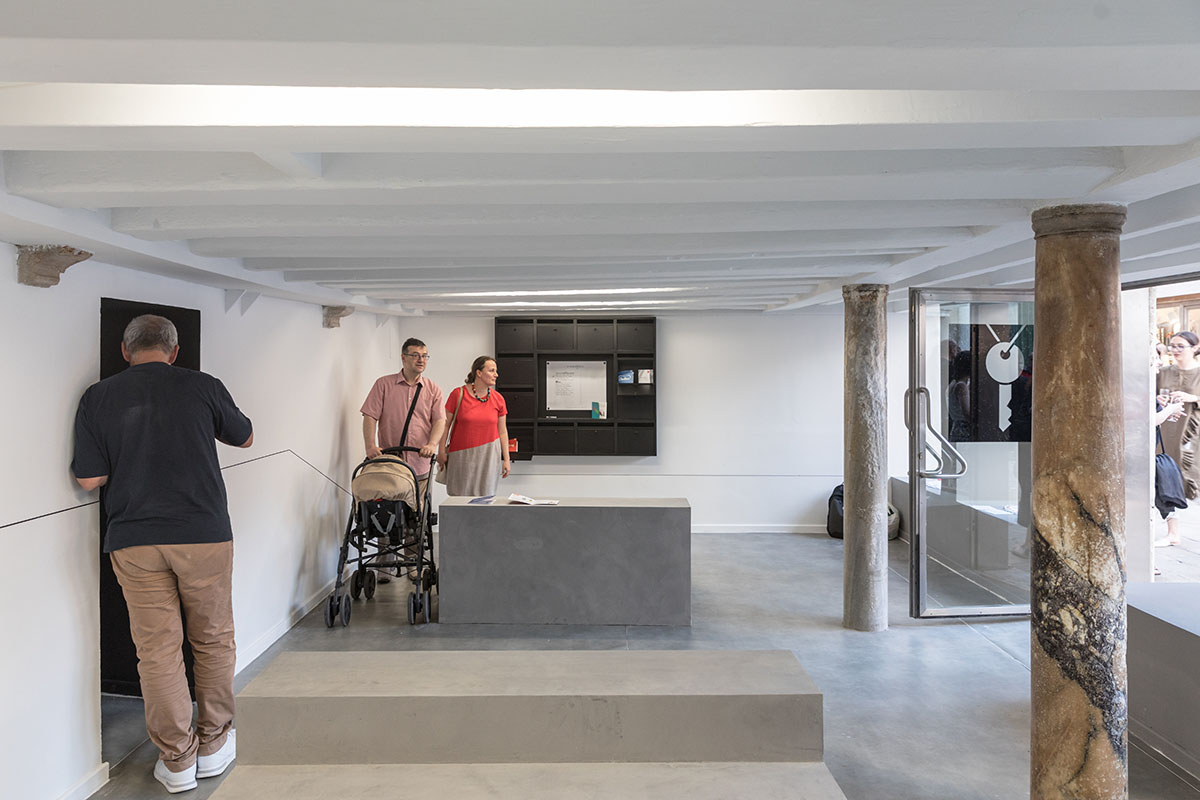 Curated by Romeo CUC, the concept of the exhibition evokes an essentialized scenography of the free space between the apartment buildings of Romania’s cities. The second space, the New Gallery of the RICHR, presents another scenography: that of the apartment building hallway, the transit area between the building and the front yard - seen as the transition between private space and public space. "The installation in the pavilion uses props specific to the environment described above to invite everyone to exchange roles on the playground, to interact and reflect upon the effects of the appropriation of a public space by its people," stated in the Pavilion's manifesto.

"The apartment building hallway finds an interpretation in the installation in the RICHR gallery, designed as a perspective on the first step of building a community."

The carpet hanger which was often used as a football goal post (thus hosting many other football-related games), the metal merry-go-round, the ping-pong table, the swing and the game cards start a dialogue with the next memorable space - a small quiet hallway, dominated by the staircase and the wall displaying the notice board and the mail boxes. 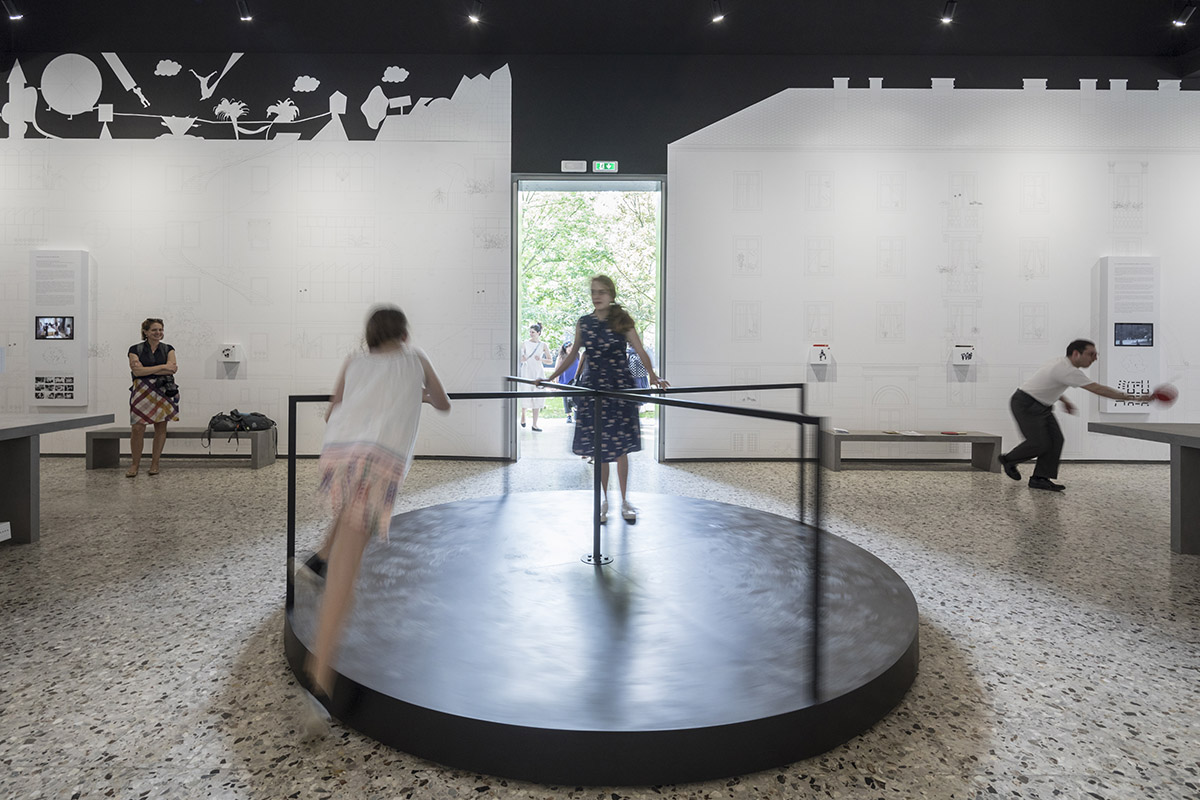 Mnemonics proposes a contemporary take on the event’s theme and takes an ultimately optimistic snapshot of the public urban space that Romanian society has seen transforming over the past decades. It raises the question of the social and cultural functions of the free public space in Romanian cities. 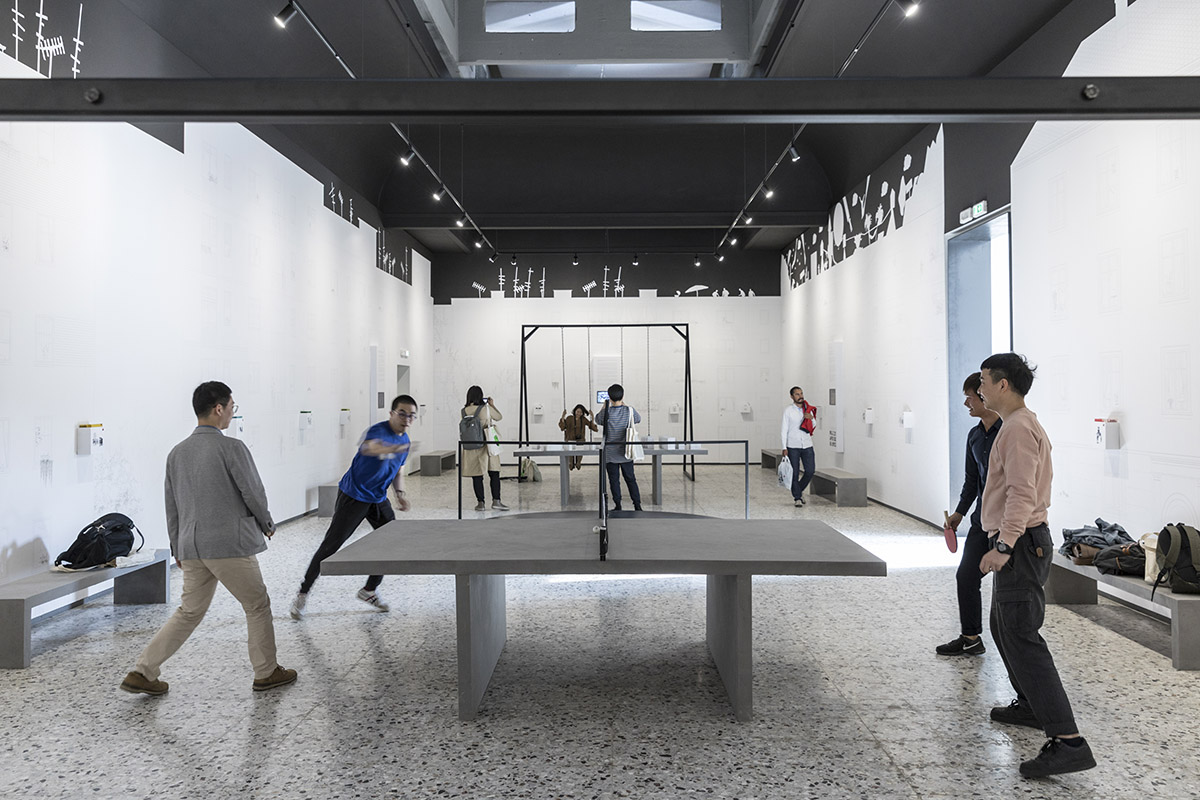 The concept uses a scenographic approach to describe a vast territory of freedom for several generations in Romania – the freedom of movement and imagination and the freedom to remember childhood and reconnect its playfulness to adulthood.

Mnemonics appeals to the ancient technique of collecting memories – ars memoriae, based on the connection between thoughts and a visual support invested with meaning, which is impossible to forget. We reflect on different moments of a space that are representative for the universe of the Romanian urban environment. 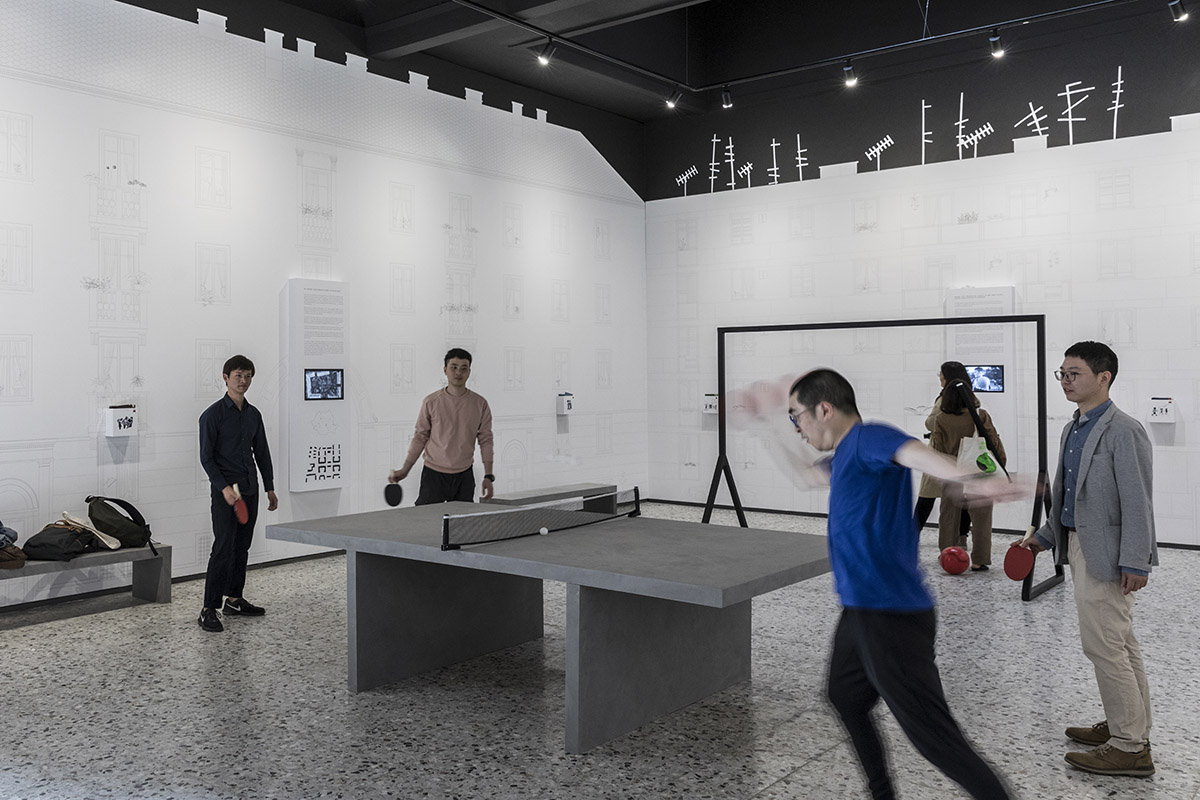 During the second part of the XXth century most cities in Romania have gone through an accelerated process of industrialization and urbanization. This generated an interstitial space of the urban fabric which was soon reclaimed by the people who lived in its proximity, partly because it was not a priority of urban integration processes.

In the collective memory of generations of the past few decades, this paints a common imaginarium, generated by the evolution of free urbanism, which provided the inhabitants of a city with a free space unclaimed by anyone but which actually belonged to everyone. 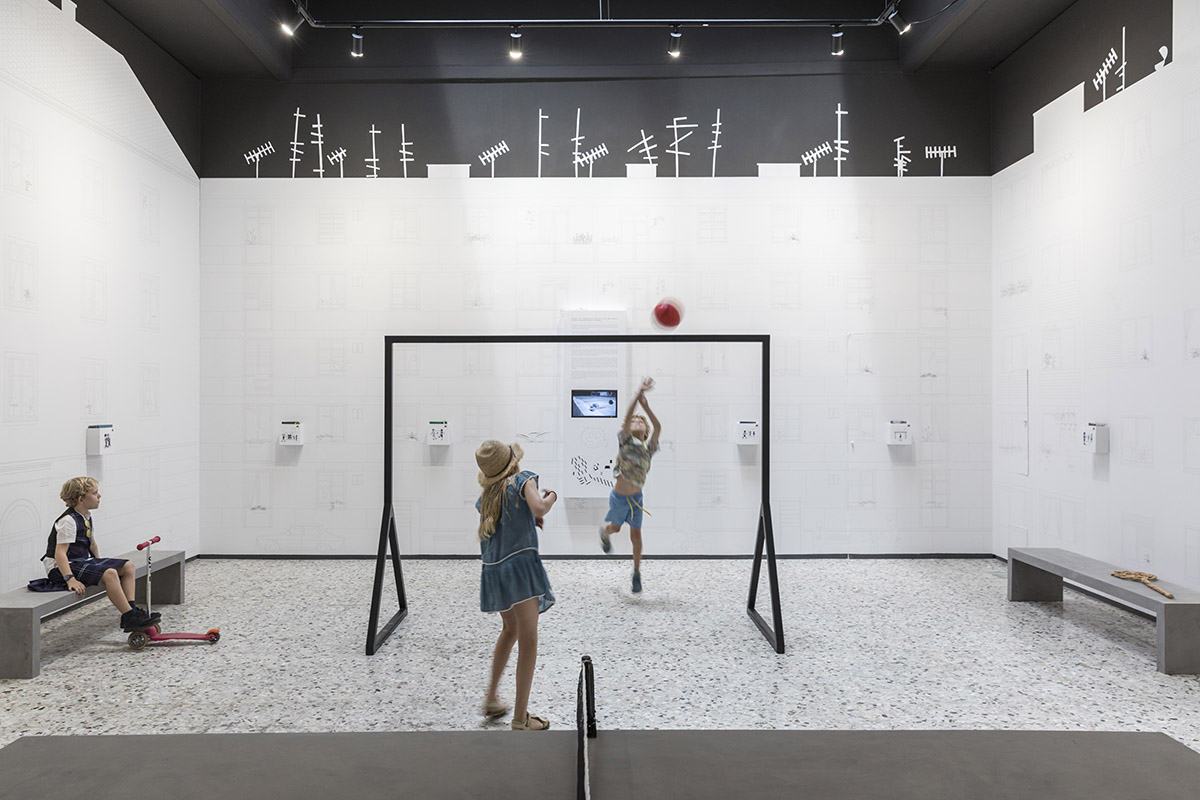 In Romania, the universal icon of the space between apartment buildings is the image of kids playing outside under the remote supervision of their parents and grandparents, freely creating invisible worlds in empty spaces. 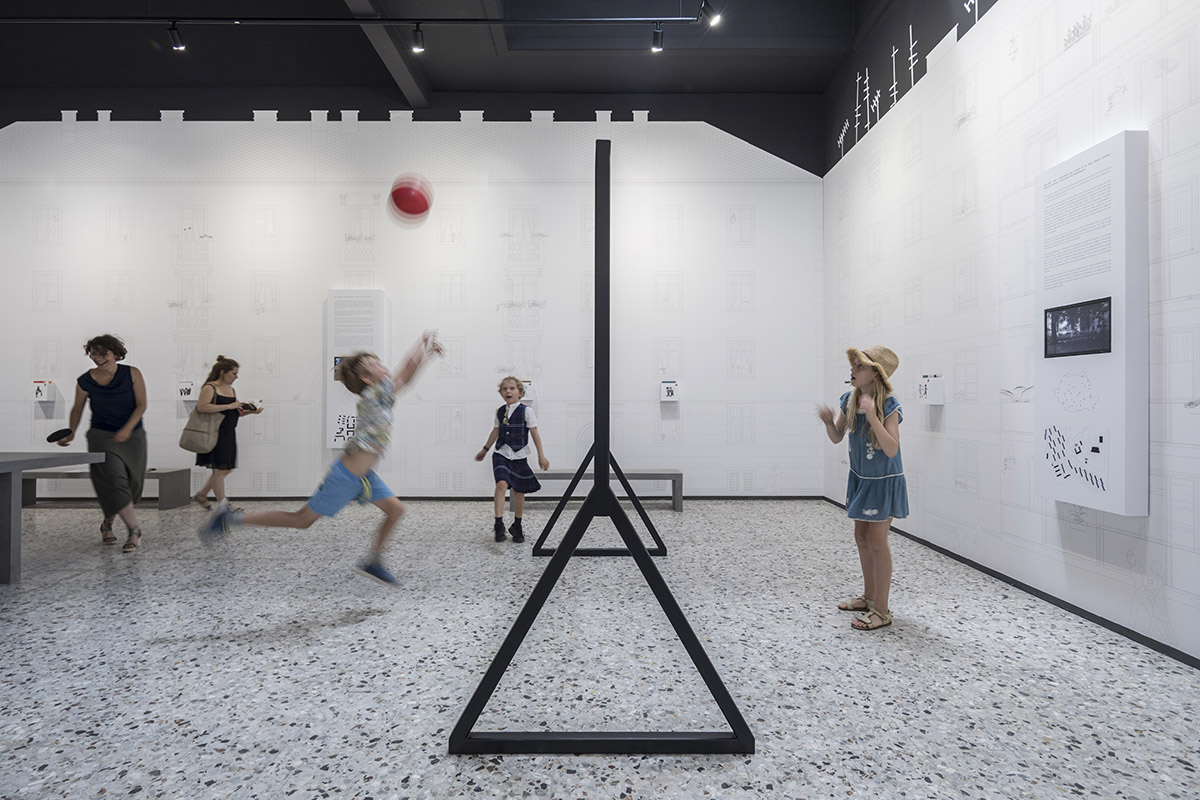 "The creativity of play and the limitlessness of human imagination offer us the chance to understand the way in which the places we hold dear to our souls have the power to take ideas further, connecting to the generations to come, to new cultures and to new communities," said the statement.

"The space between the apartment buildings of cities in Romania is getting contemporary reactions at an architectural level, community level and educational level. There is much more to be done, but we’re looking to the future with confidence, as more and more projects and initiatives seem to be concerned with the way we will be able to use our public spaces and integrate them in our daily lives." 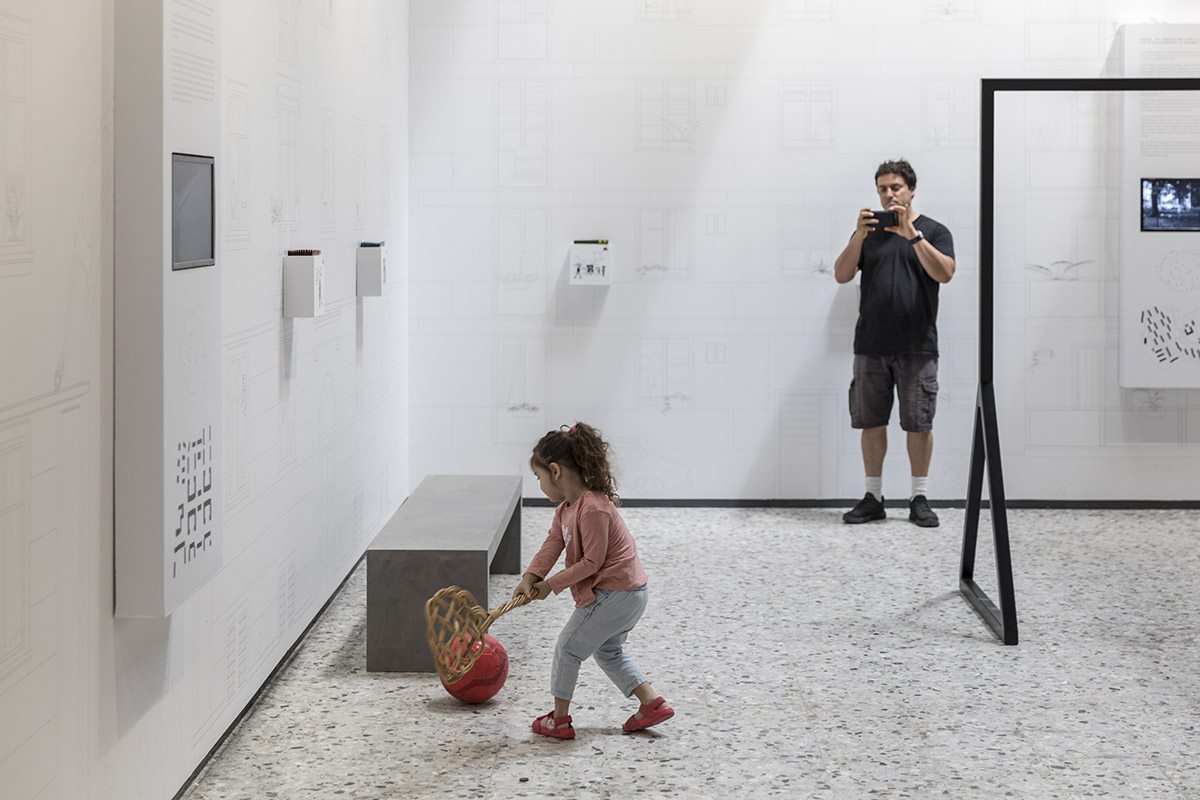 The concept has been created and developed by a multi-disciplinary team of six professionals who brought together both their childhood memories and their wish to watch the city transform for the better. 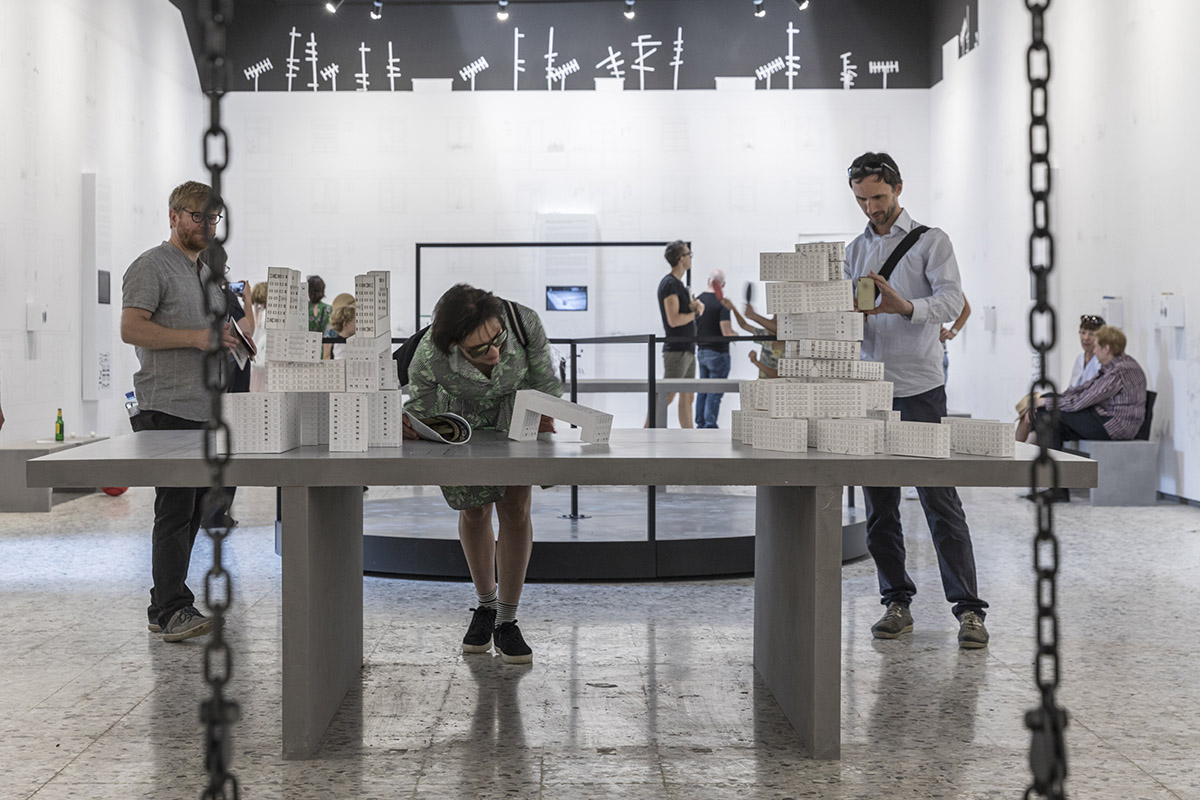