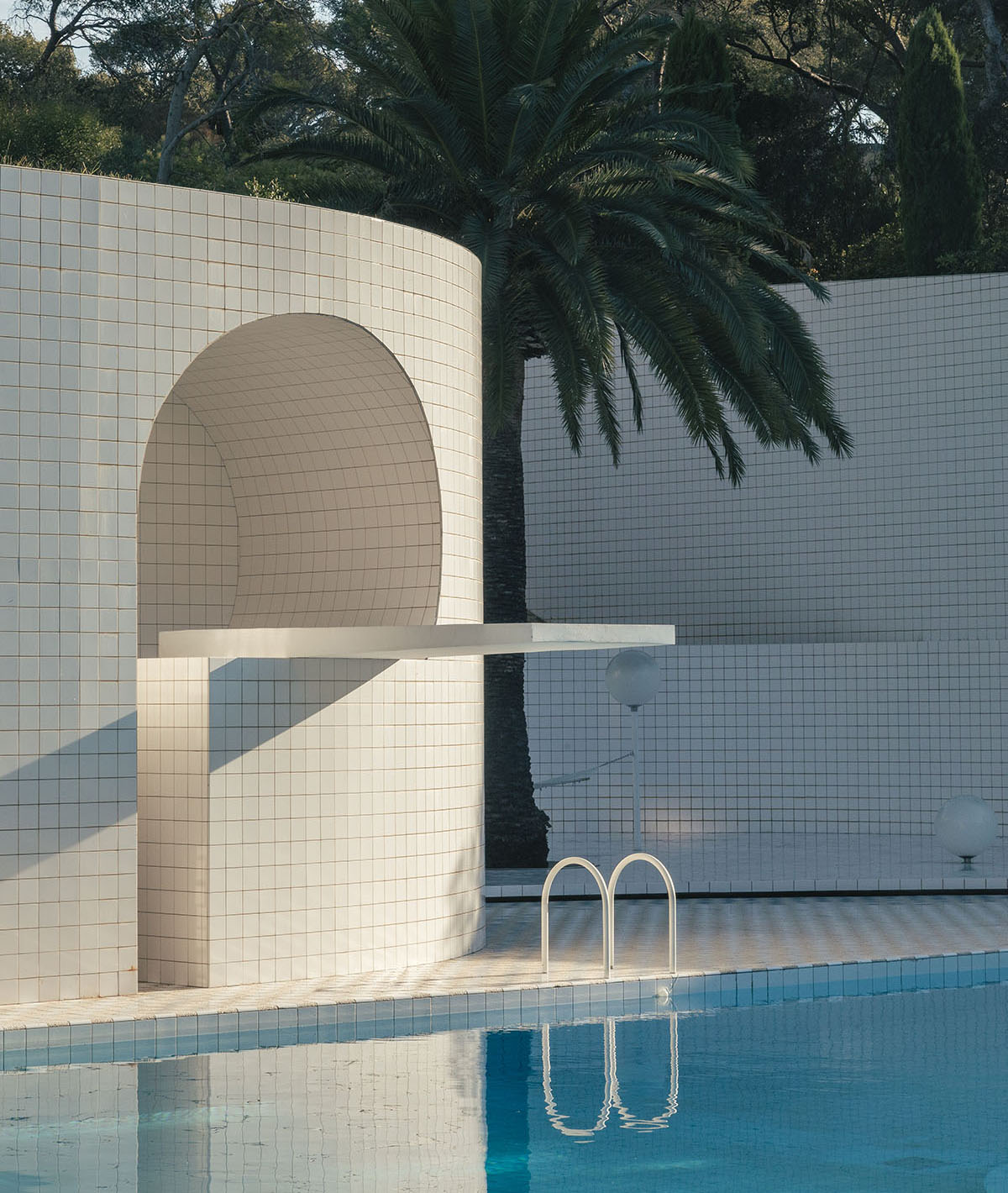 The Villa Noailles, an early modernist house built by architect Robert Mallet-Stevens for art patrons Charles and Marie-Laure de Noailles, between 1923 and 1927, has opened its new exhibition in Hyères, France to unfold cultural architectures specific to spaces intended for entertainment.

The new exhibition, called Domestic Pools, is a continuation of architecture exhibition series of the house, following the "Landskating"and "La Boîte de Nuit" exhibitions presented in previous years. The exhibition has been opened on February 11, 2018 and will be on view until March 18, 2018 at this modernist house in Hyères. 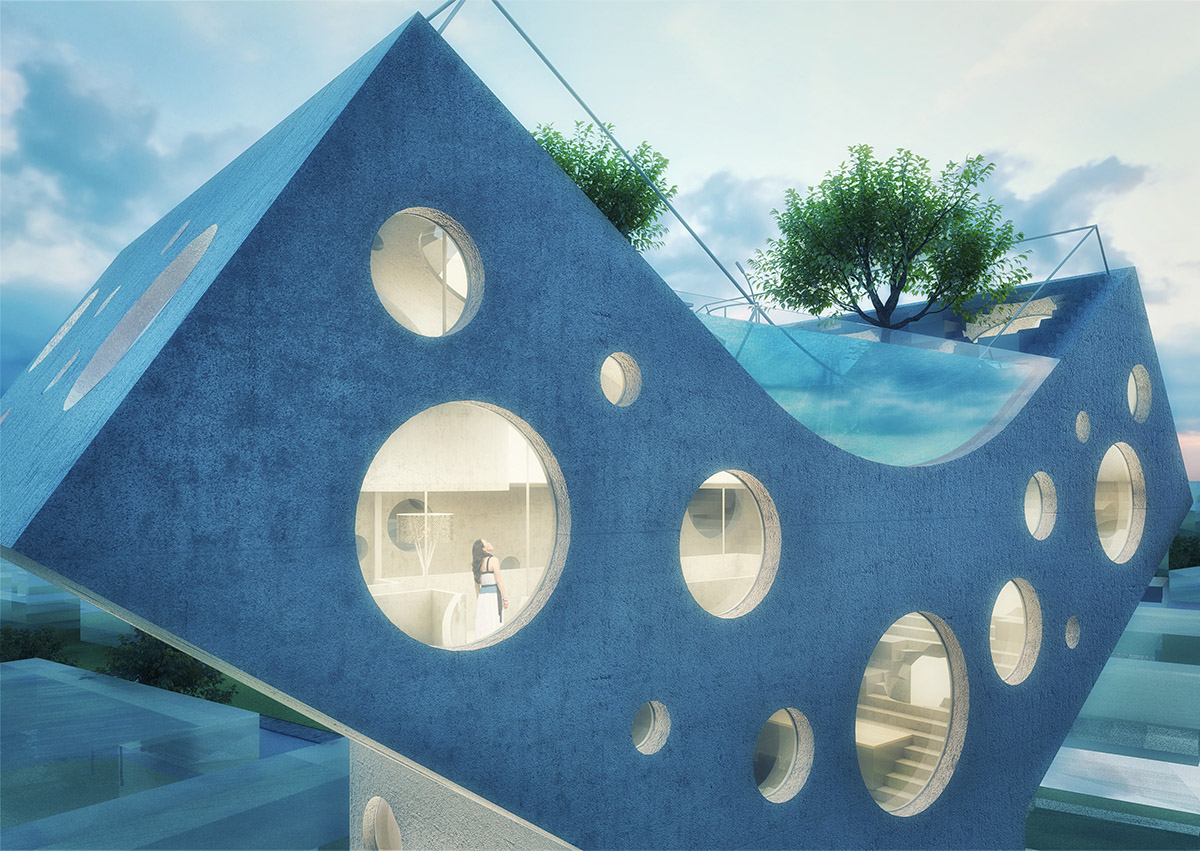 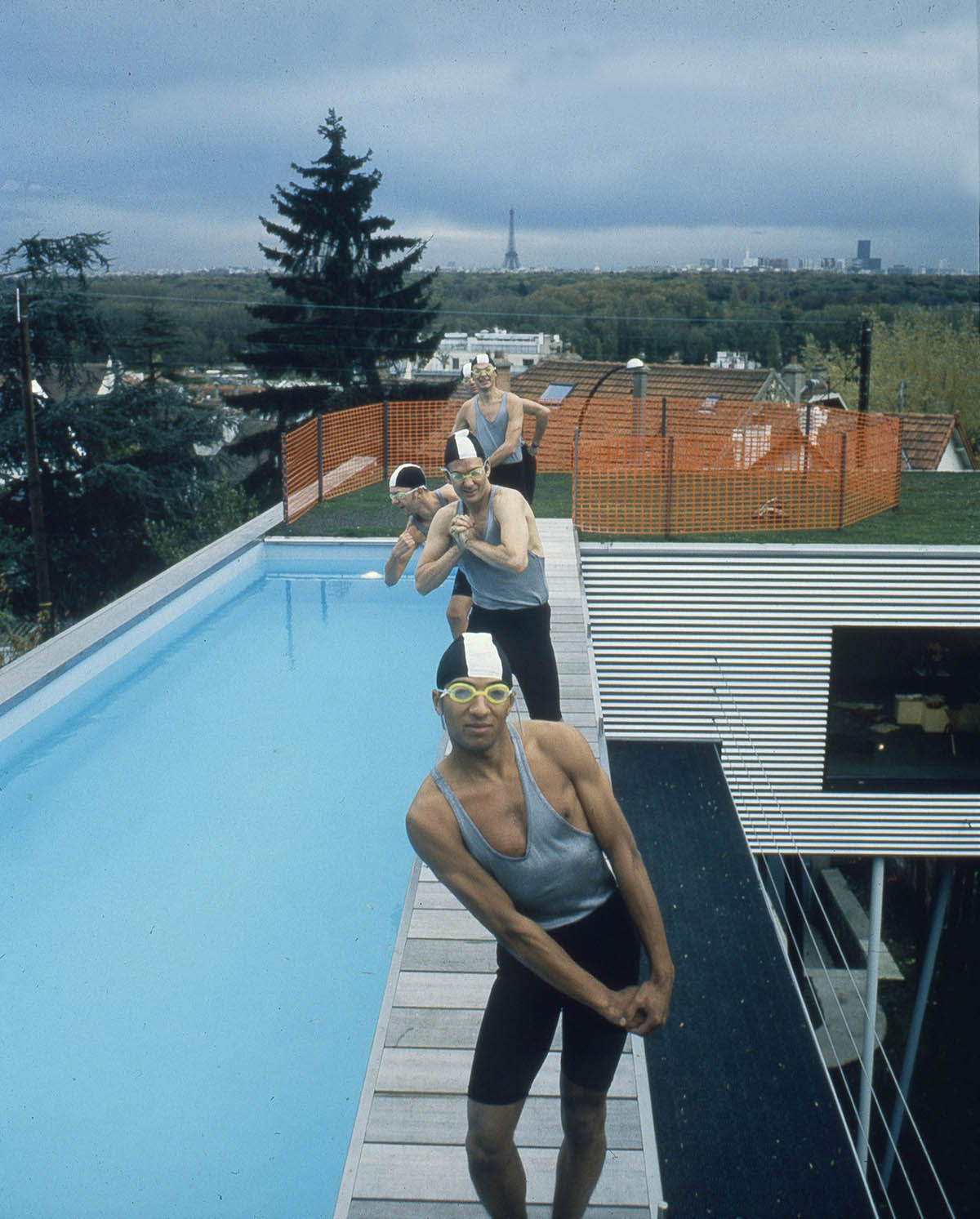 Co-curated by Benjamin Lafore, Sébastien Martinez-Barat and Audrey Teichmann, the exhibition utterly focuses upon private swimming pools. From their initial appearance in modern homes - for which the villa Noailles serves as a notable example - to the utmost contemporary experimentations, this exhibition retraces the architectural devices employed for bathing. 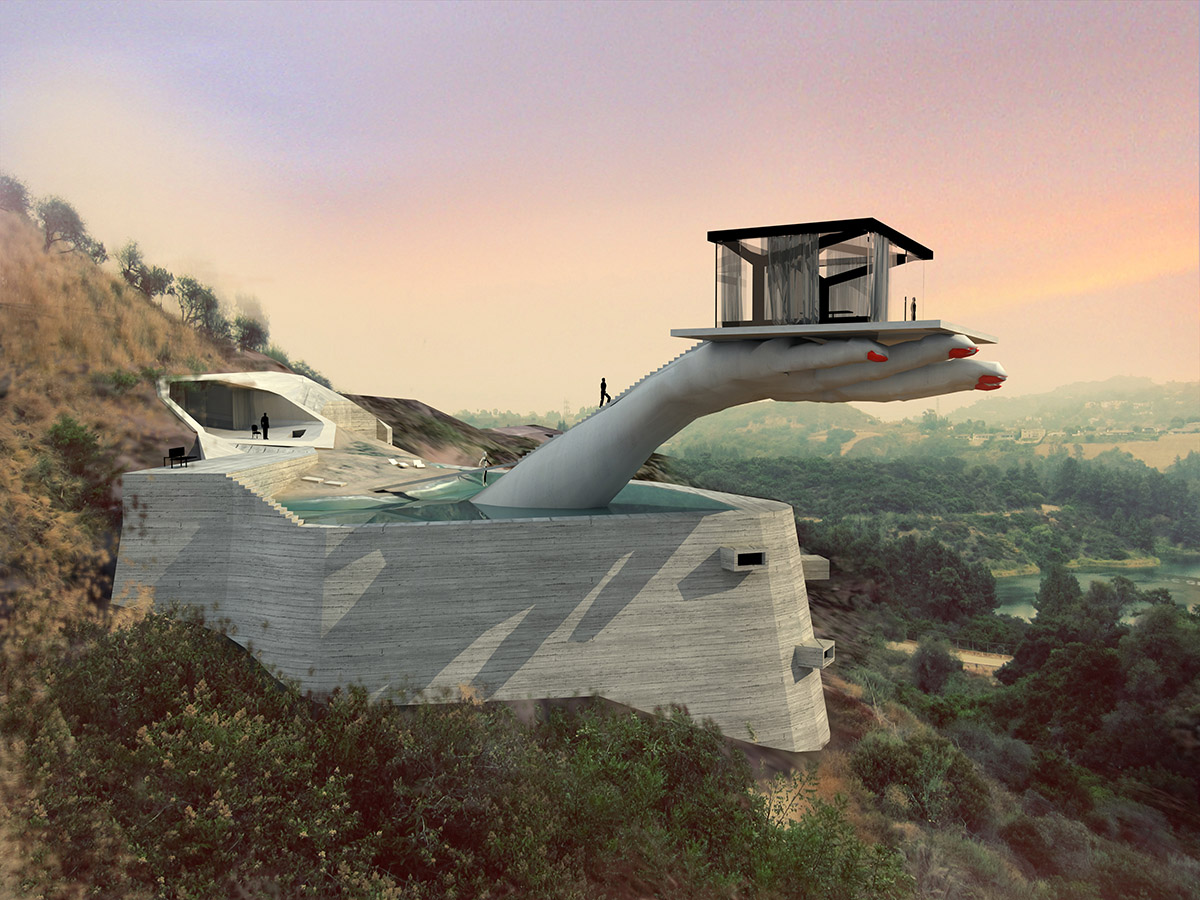 The exhibition also features both vernacular and industrial types of private pools whose technical innovations have progressively rendered them accessible to the middle classes.

"Focusing exclusively upon this new room which has left its mark on twentieth century architecture, the exhibition will explore the culture and the representations which private swimming pools have constructed," stated the organisation in a press release. 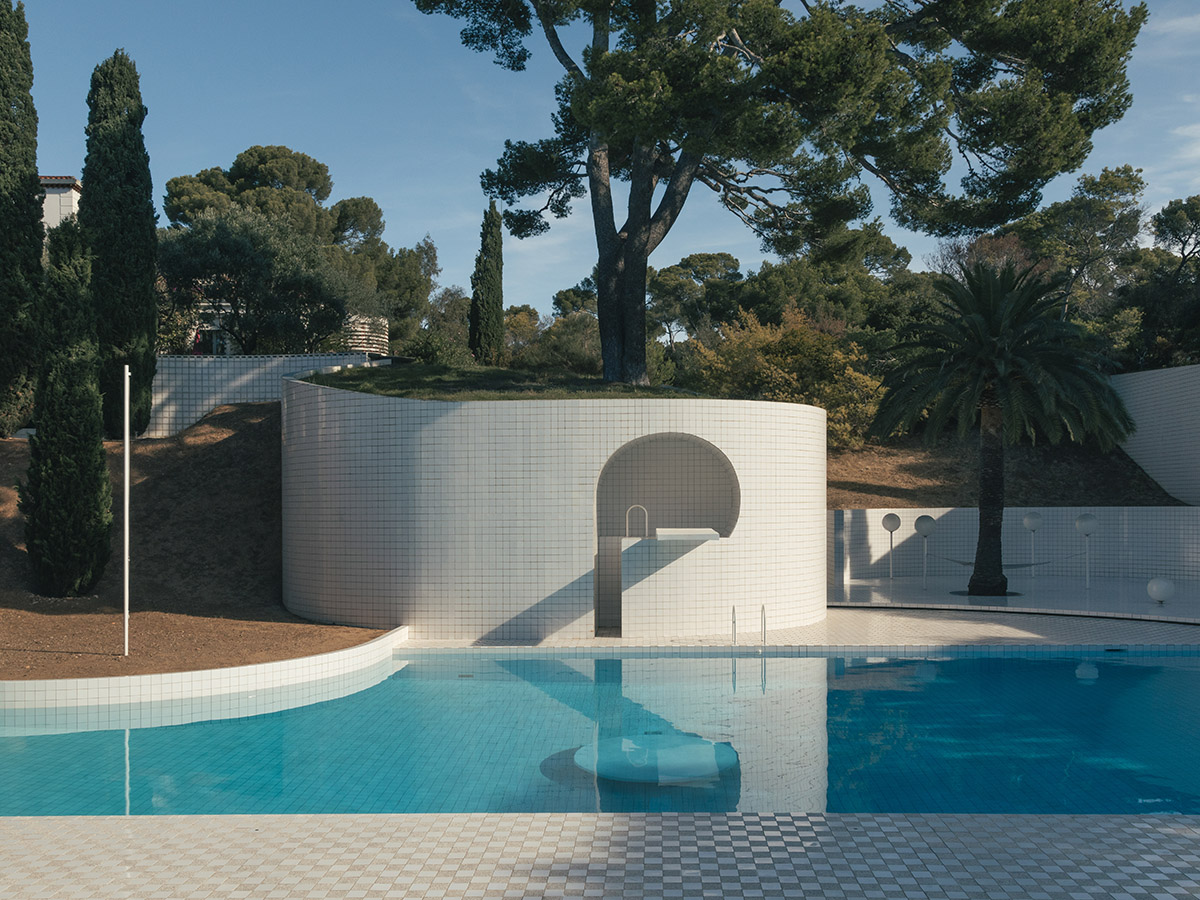 The exhibition starts with the presentation of this little known masterpiece Alain Capeillères' swimming pool conceived as a remarkable architecture in the Var department The architect created a pool at the beginning of the 1970s for his summer home in Six-Fours-les- Plages.

Overlooking the sea, he excavated part of the sloping site, freeing up an area which is protected from the wind and surrounded by retaining walls. Covered with more than 100,000 white ceramic tiles, this curved architectural setting houses a central pool which is 25 meters long. 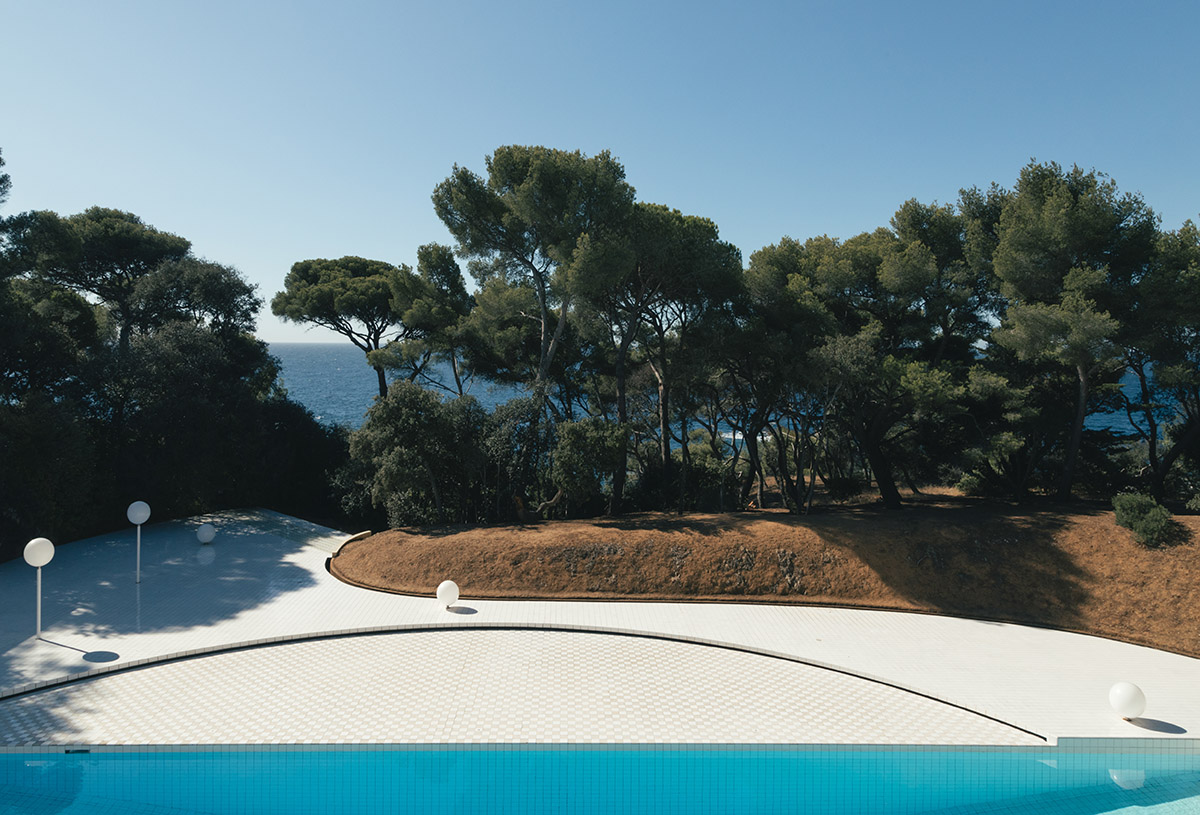 This oversized, open-air building, appears like its own world, a white oasis inhabited by the shadows of the surrounding landscape. Alain Capeillères’ monumental environment, hidden in the hollow of a hillside, became famous in 1976, as it was featured in a photograph by Martine Franck.

Upon the pool’s white, crisscrossed edges, are the weary silhouettes of bodies in the sun, a perfect summary of the utopian and futurist images which animated European architecture at that time. 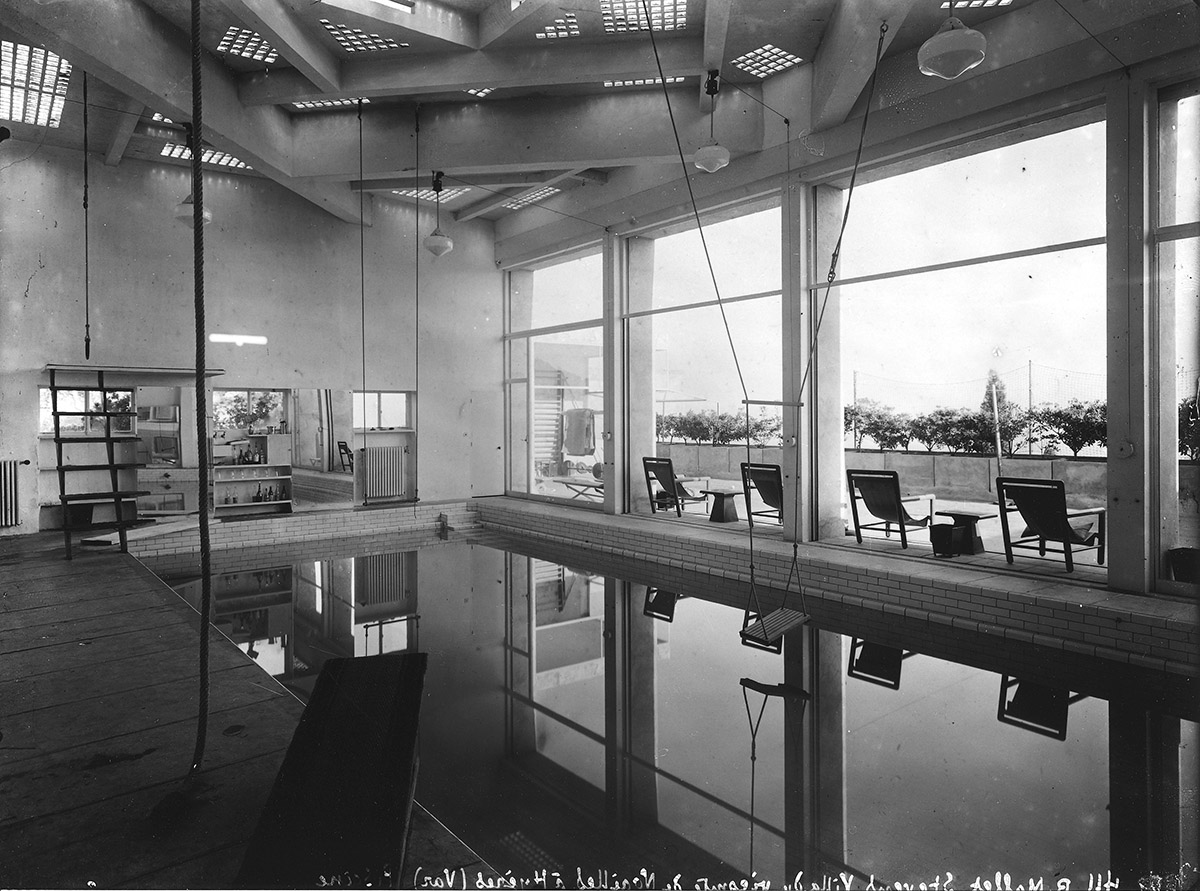 The Domestic Pools exhibition takes visitors to a glamorous journey of the undiscovered landscapes of private swimming pools with artistically, historically and abstrusely by being exposed in the open sea of saturation, innovation and colourful atmosphere. 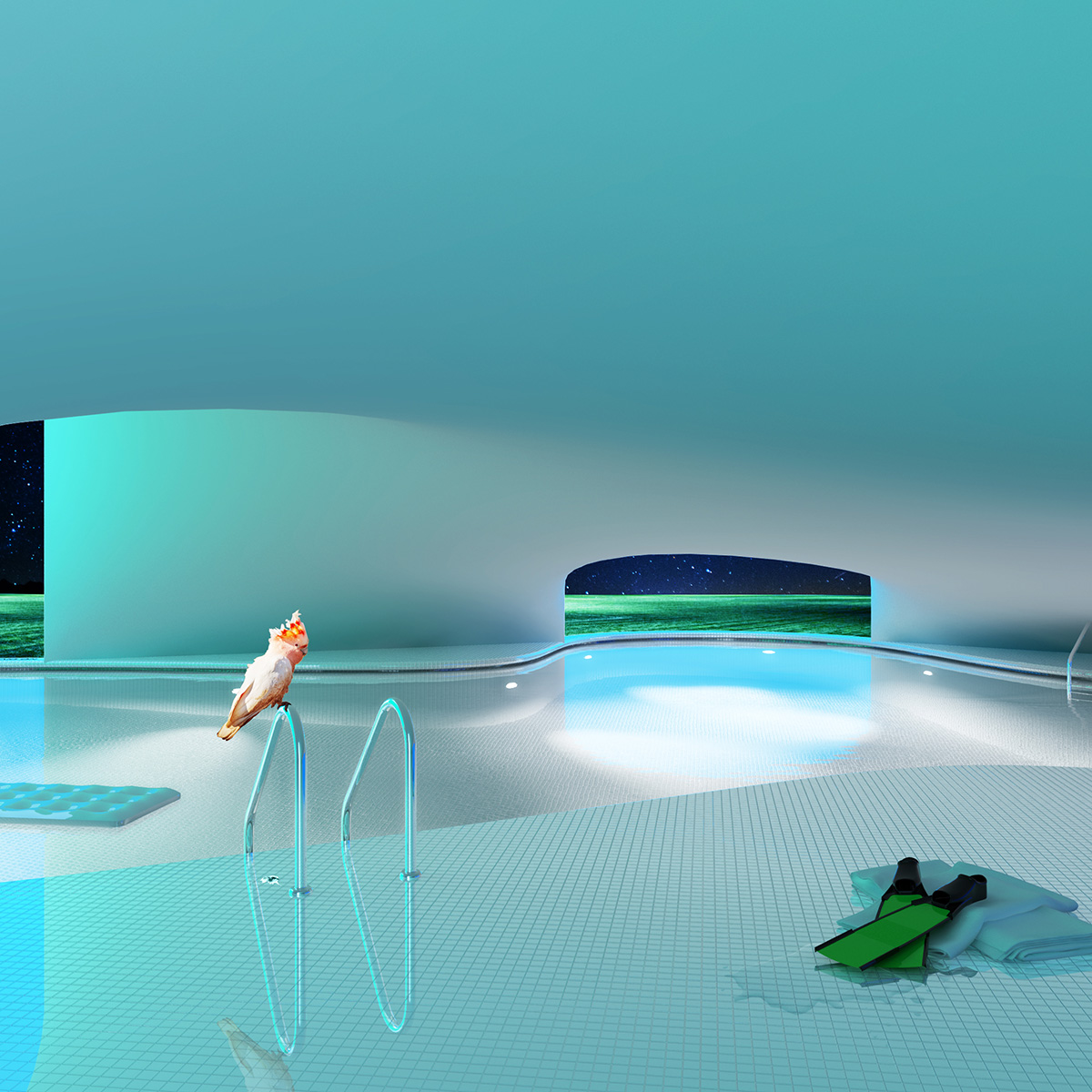 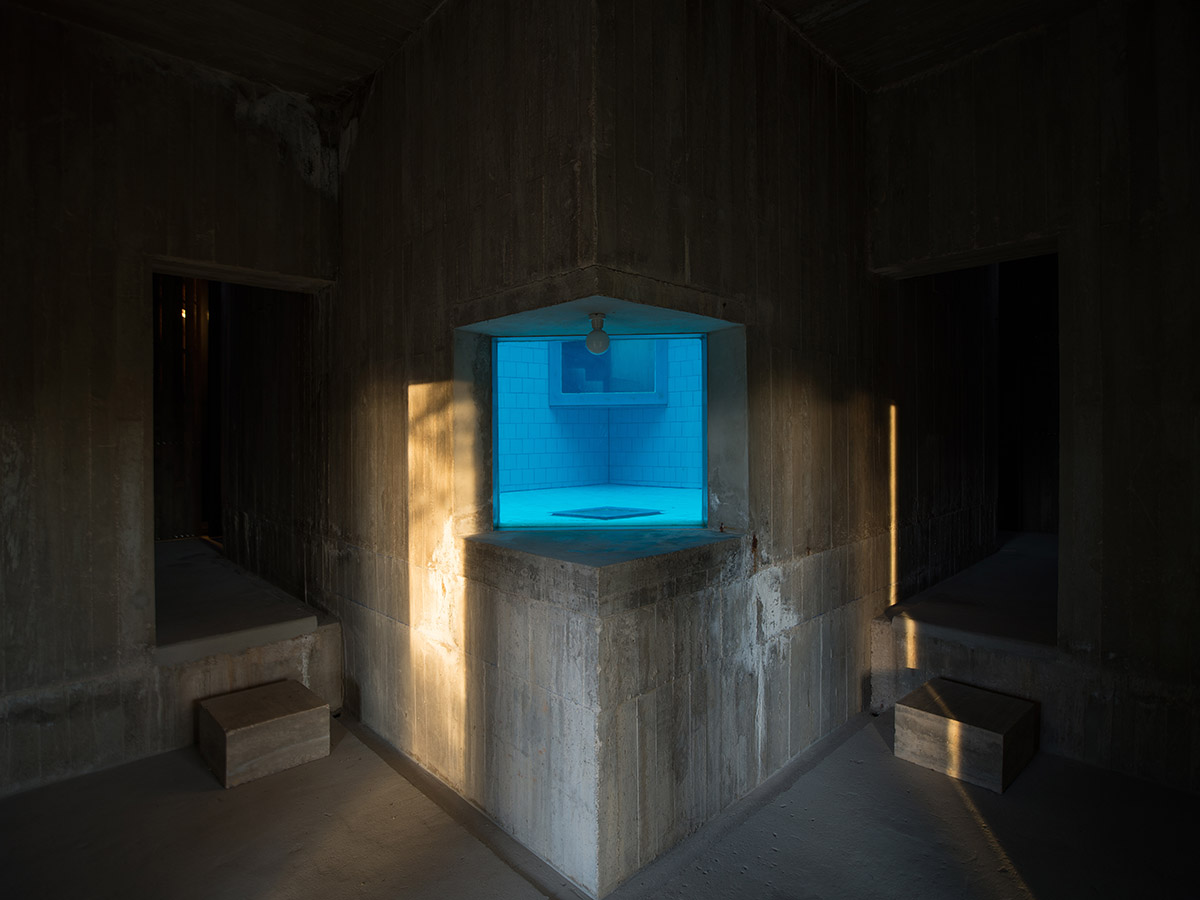 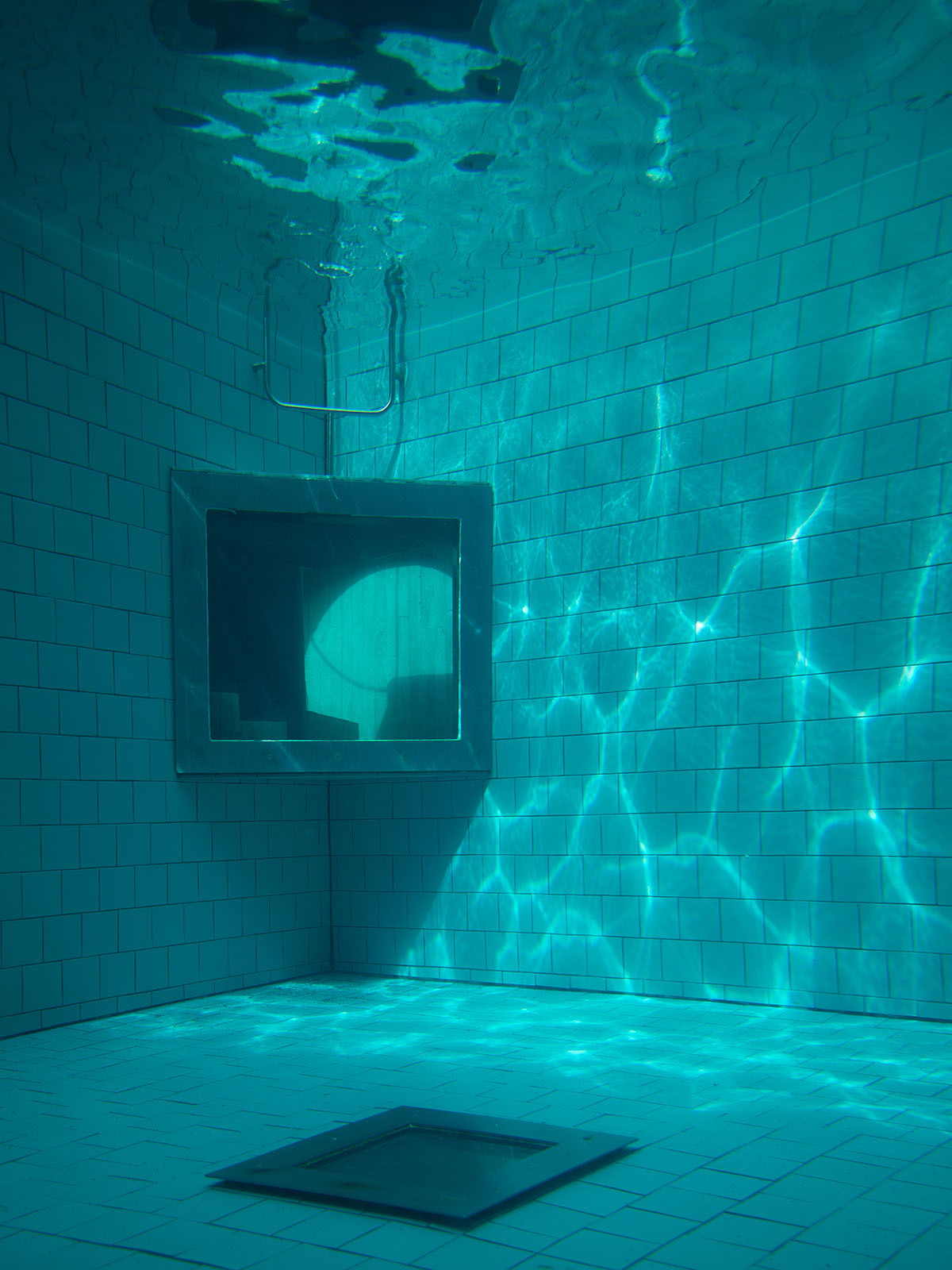 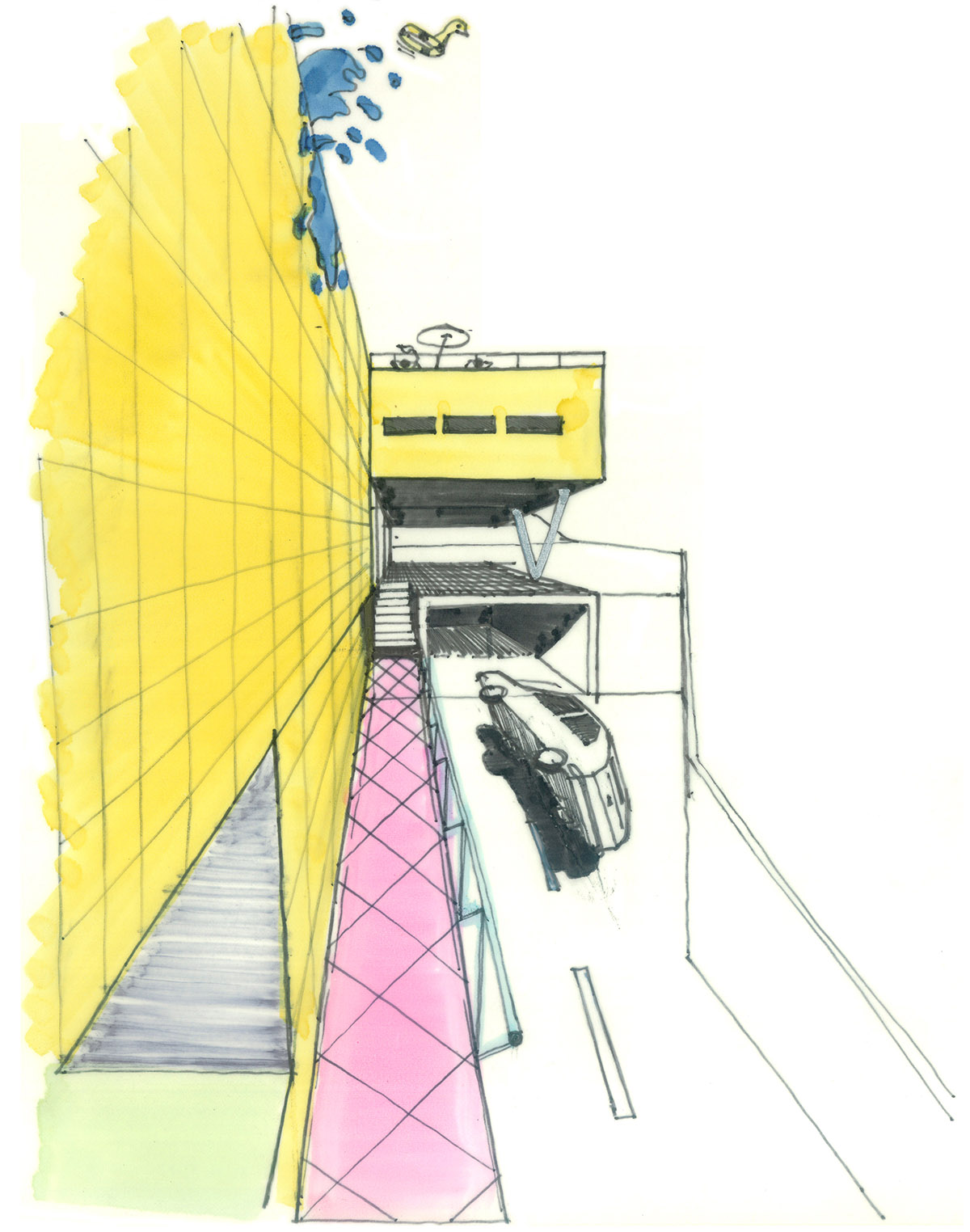 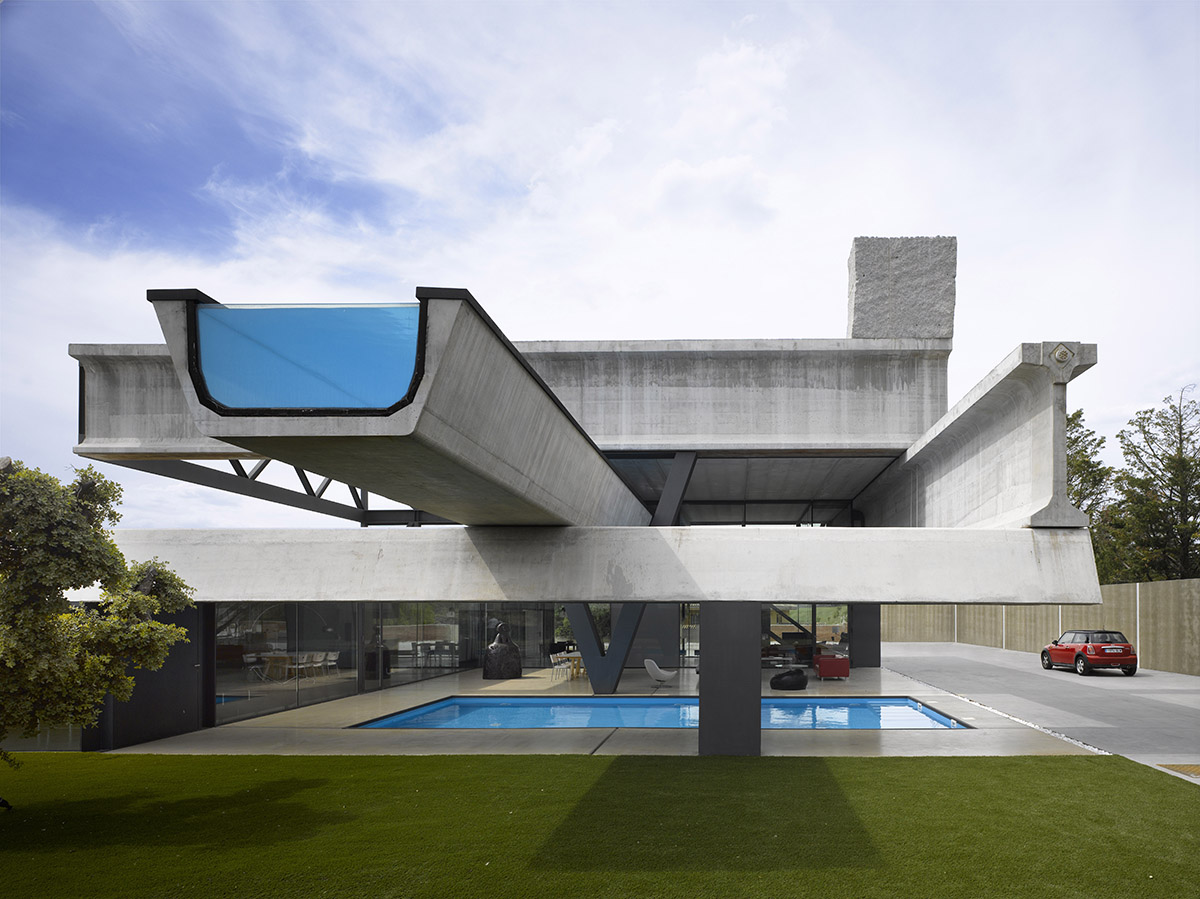 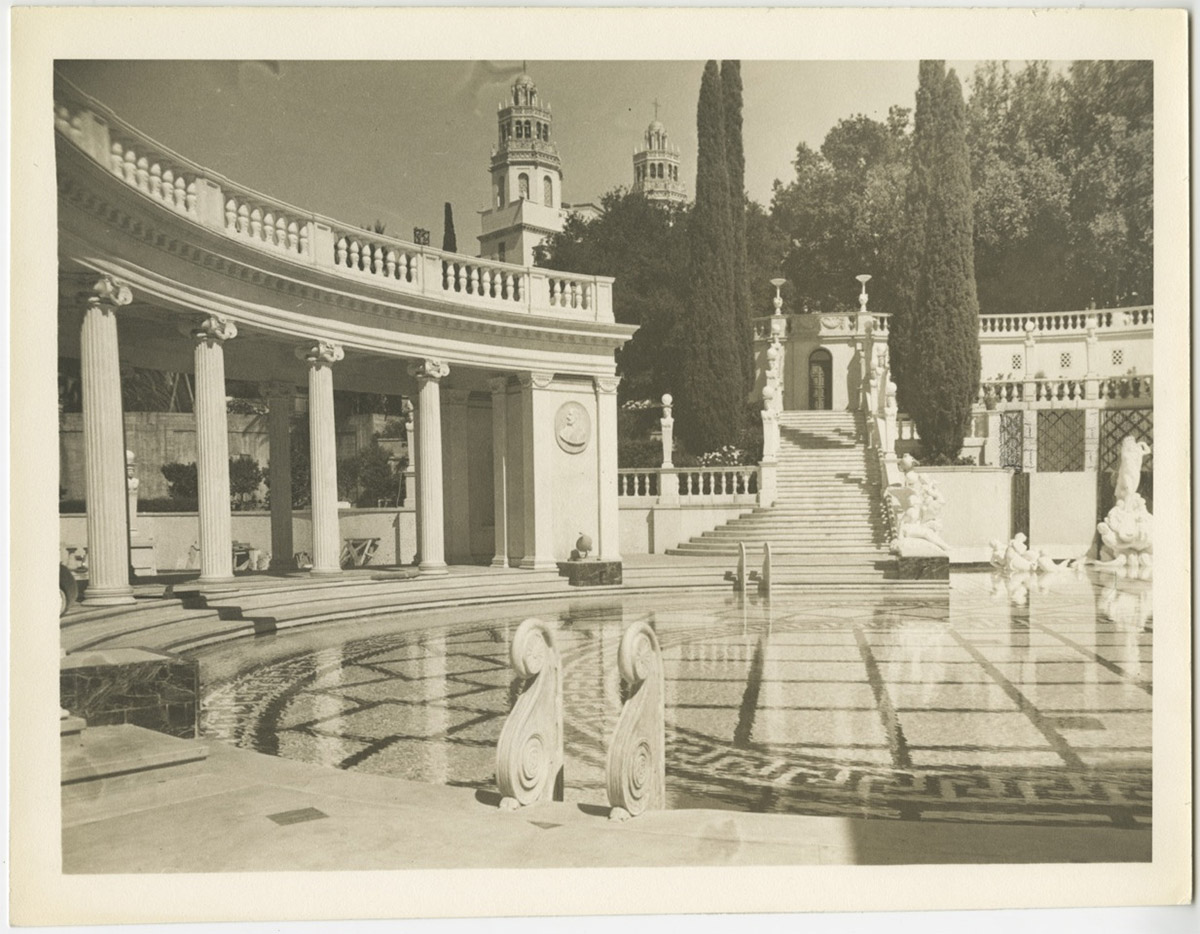 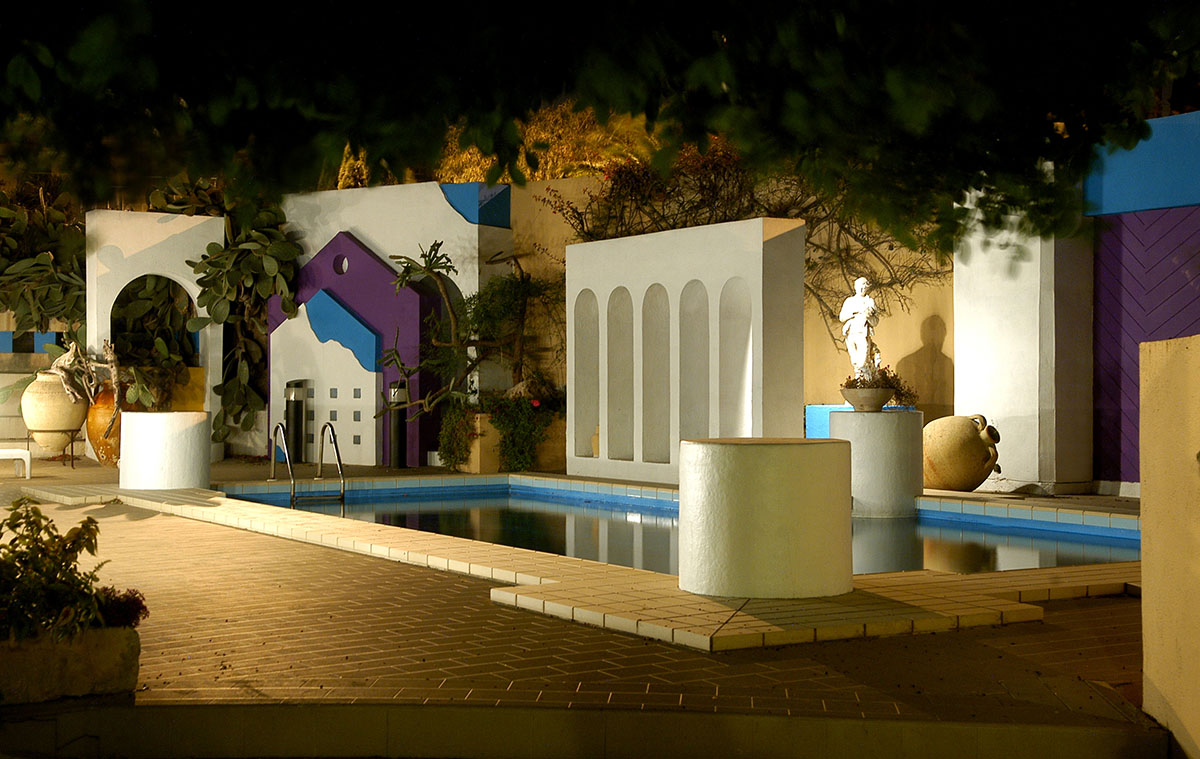 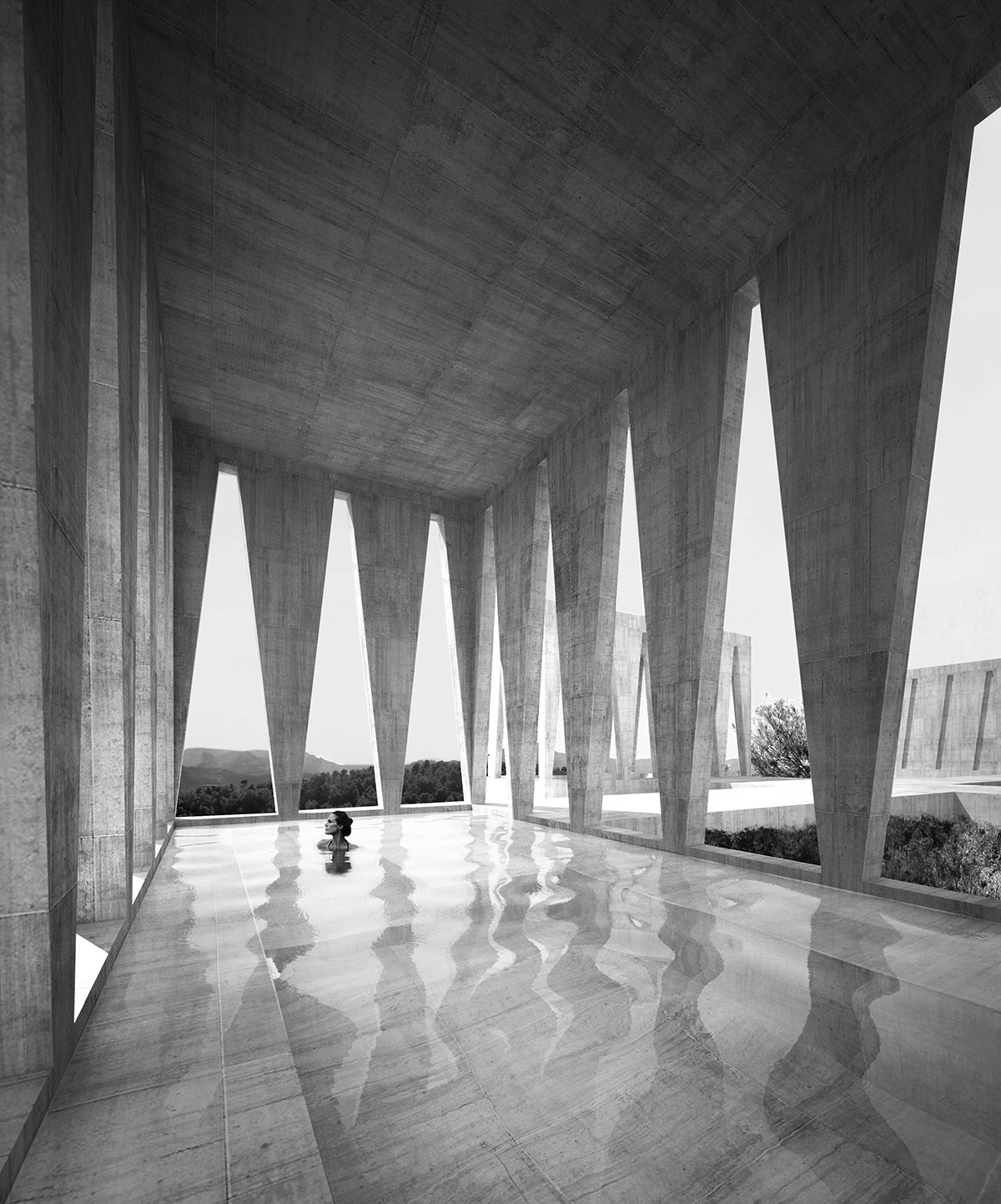 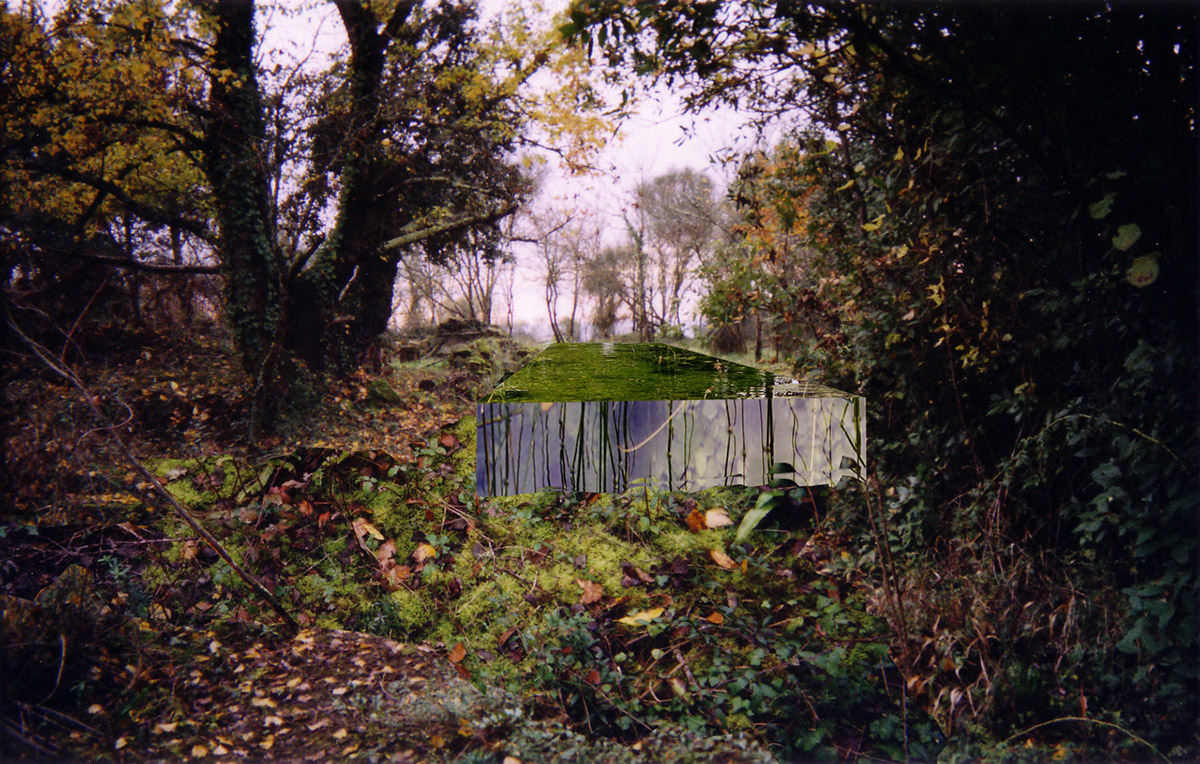 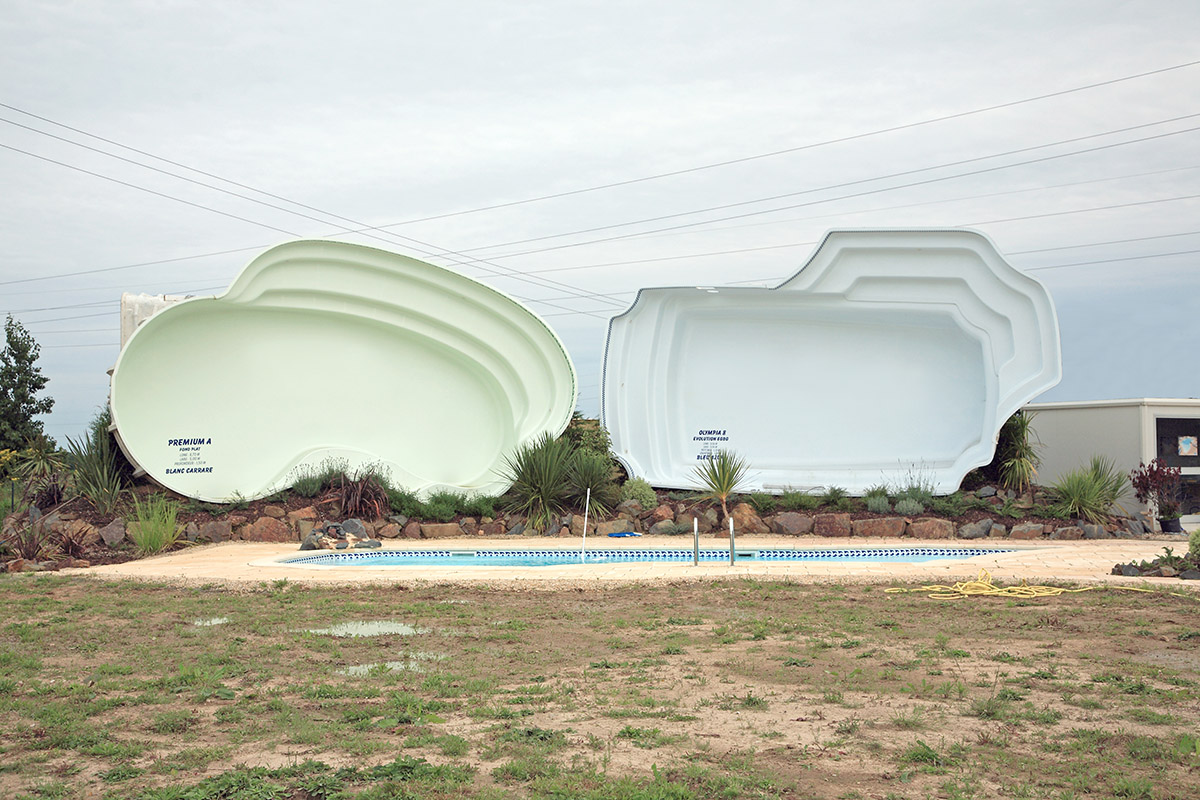 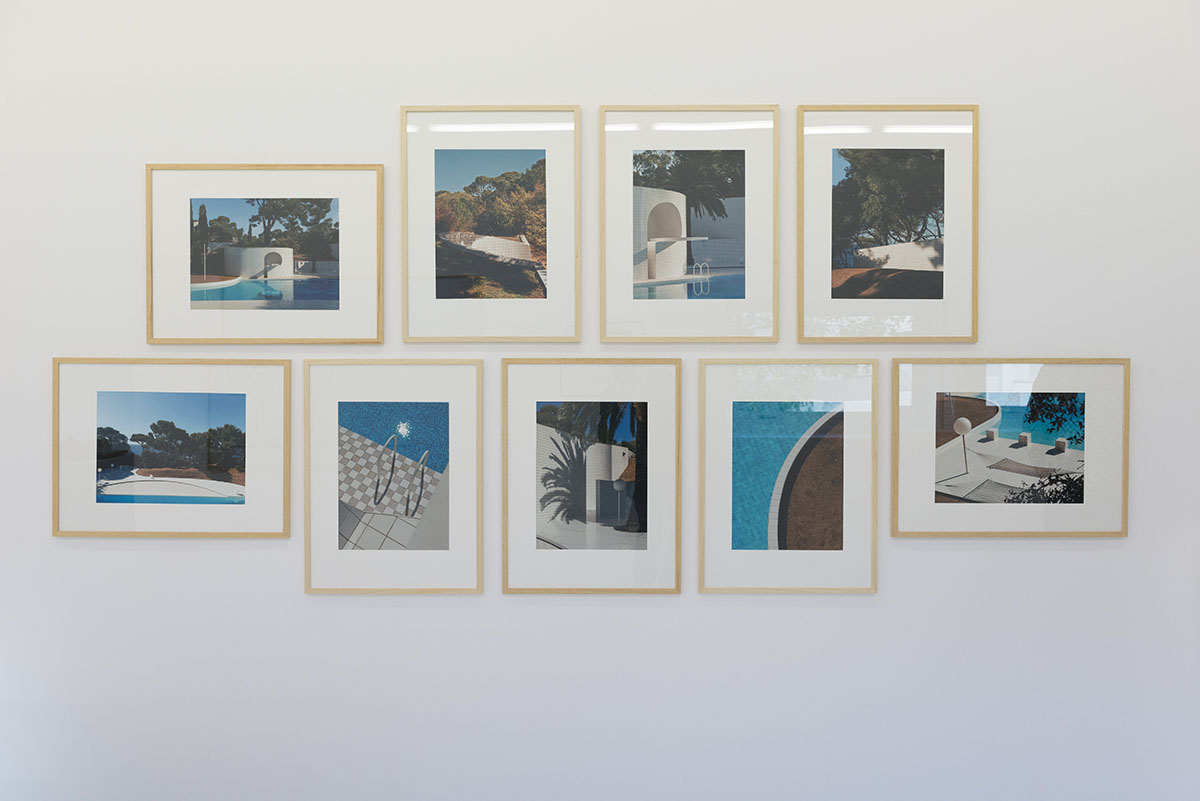 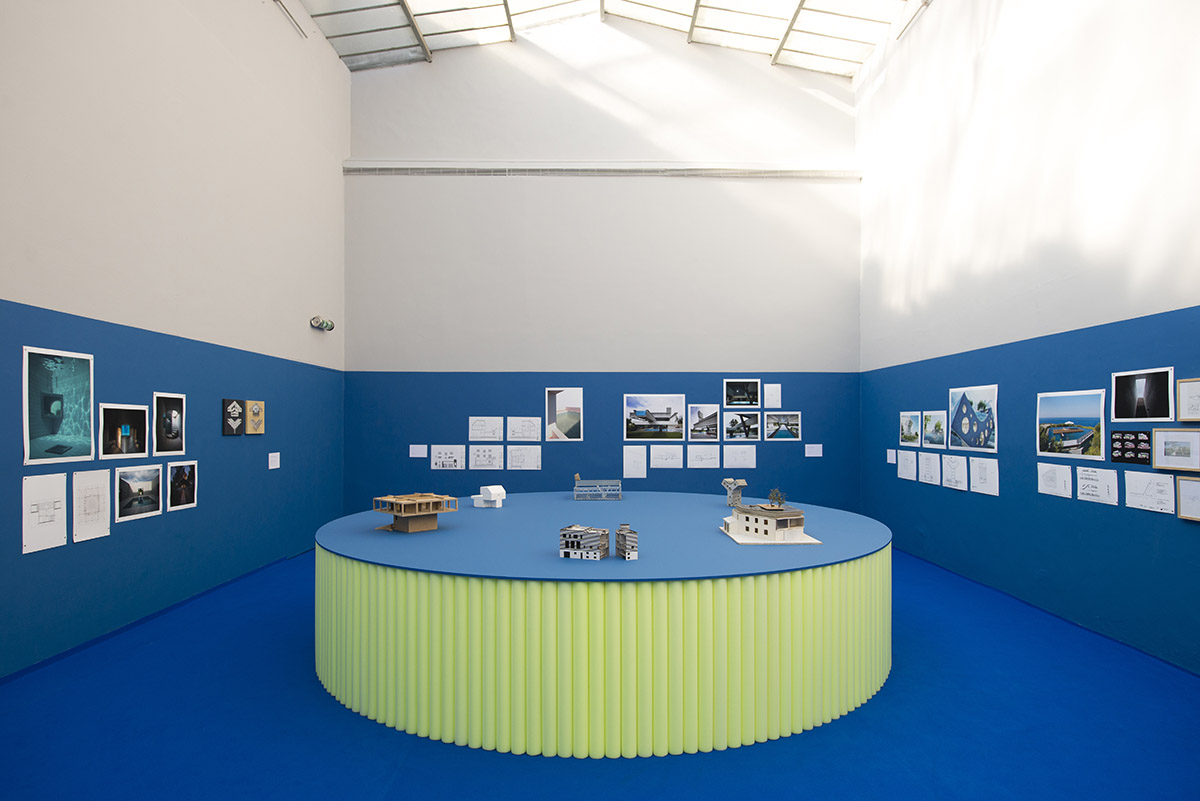 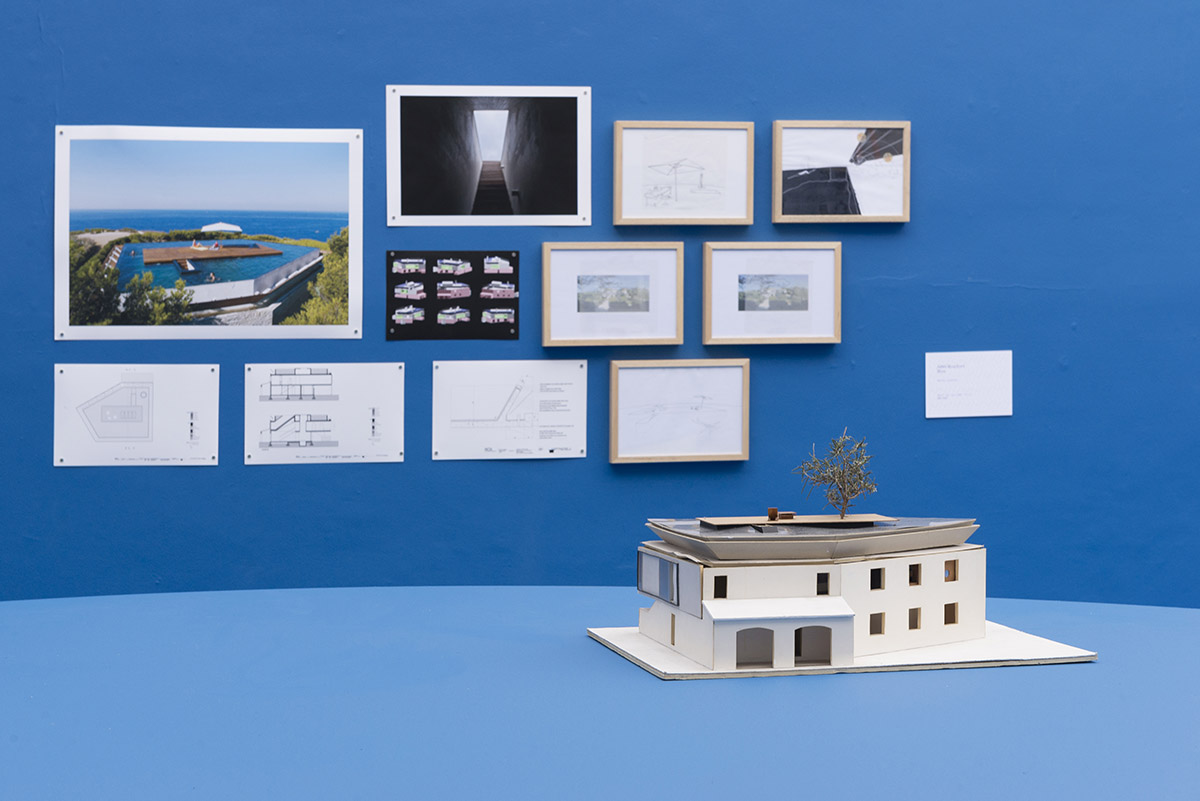 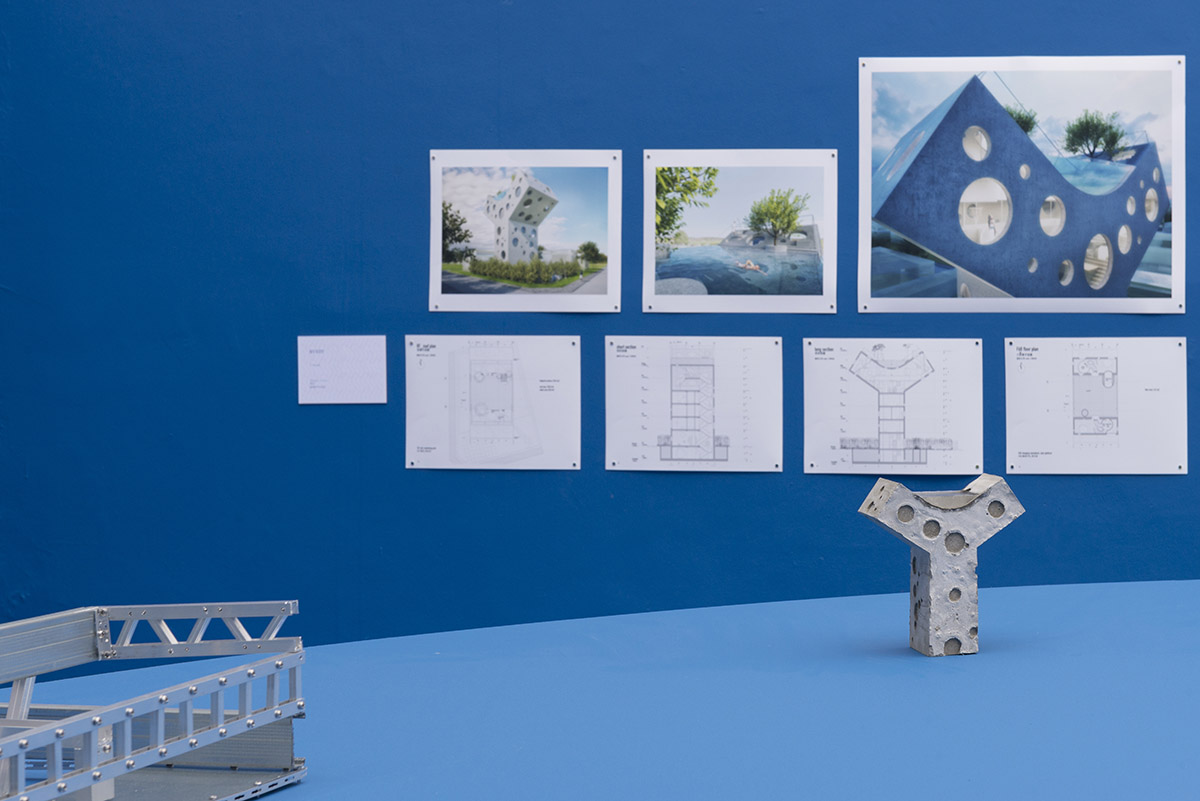 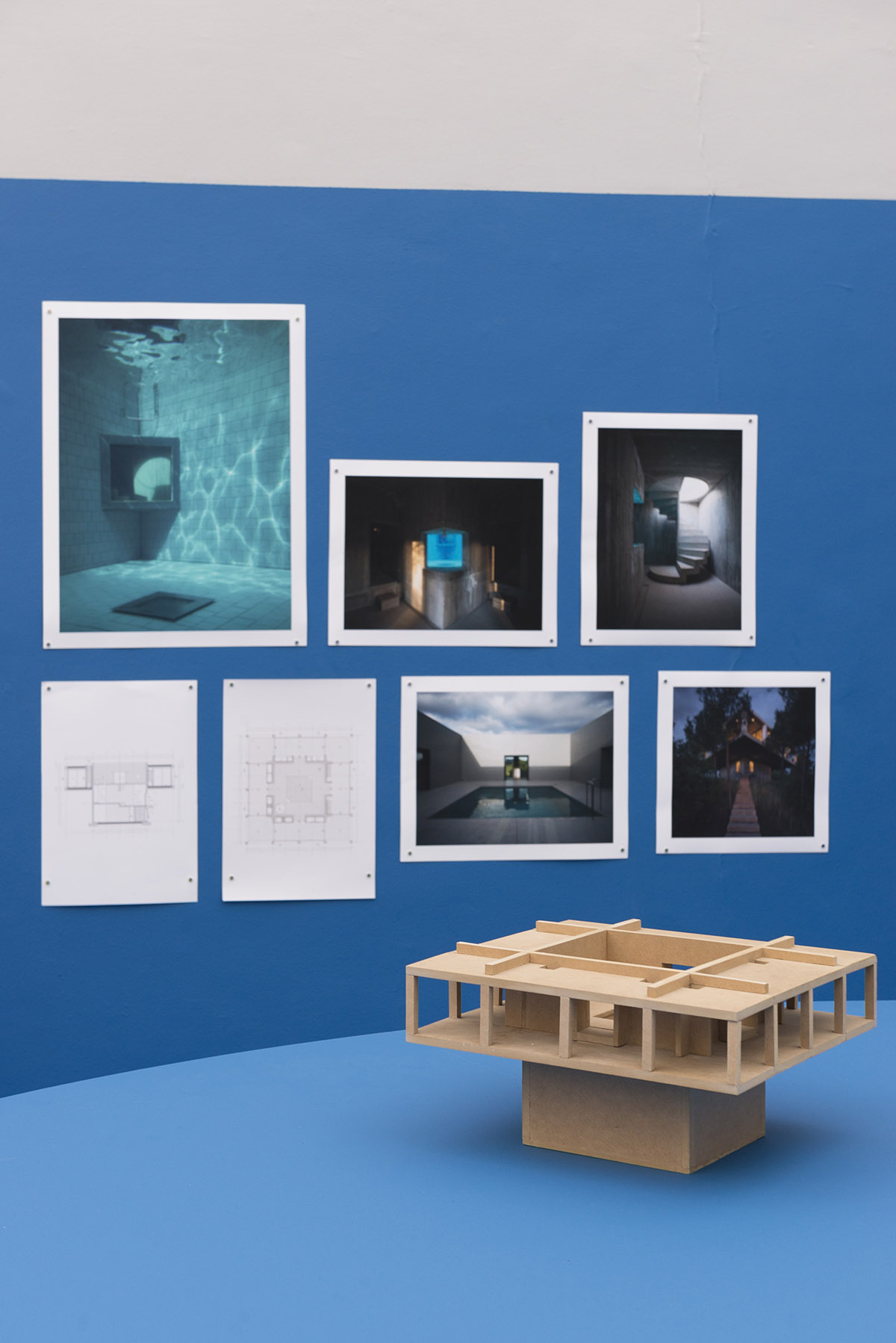 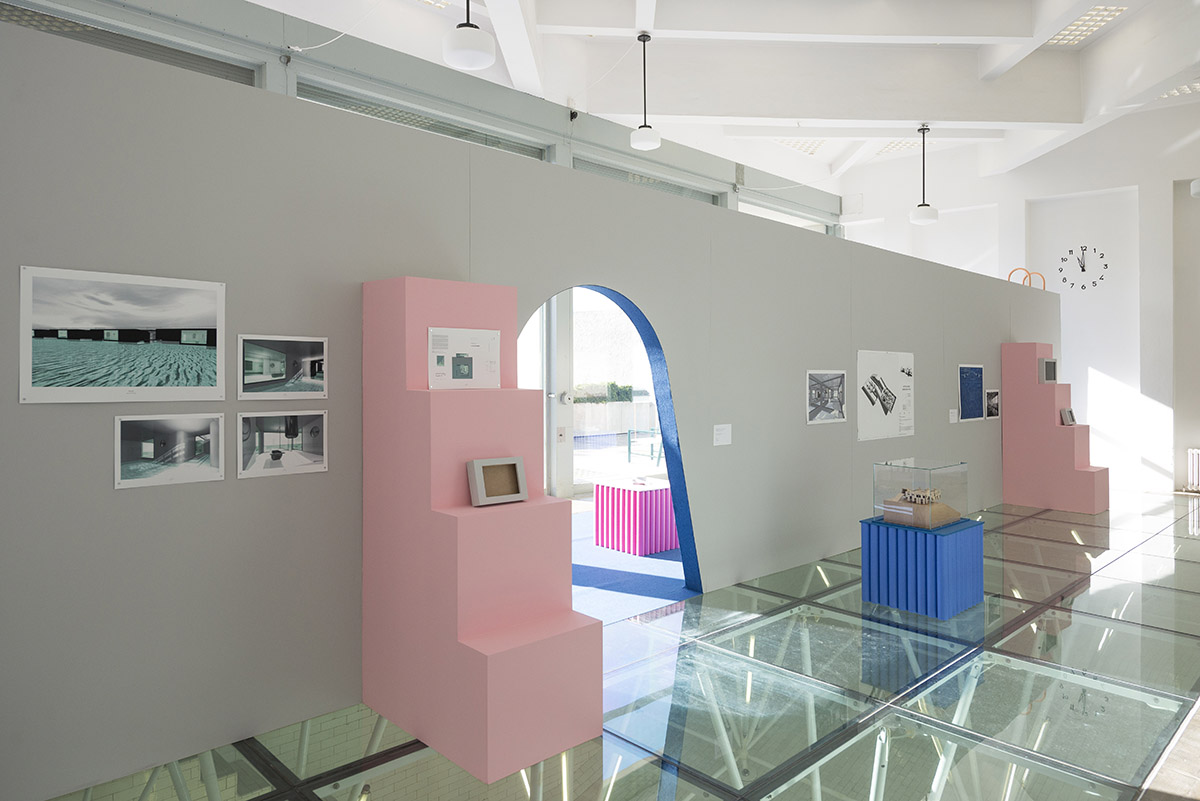 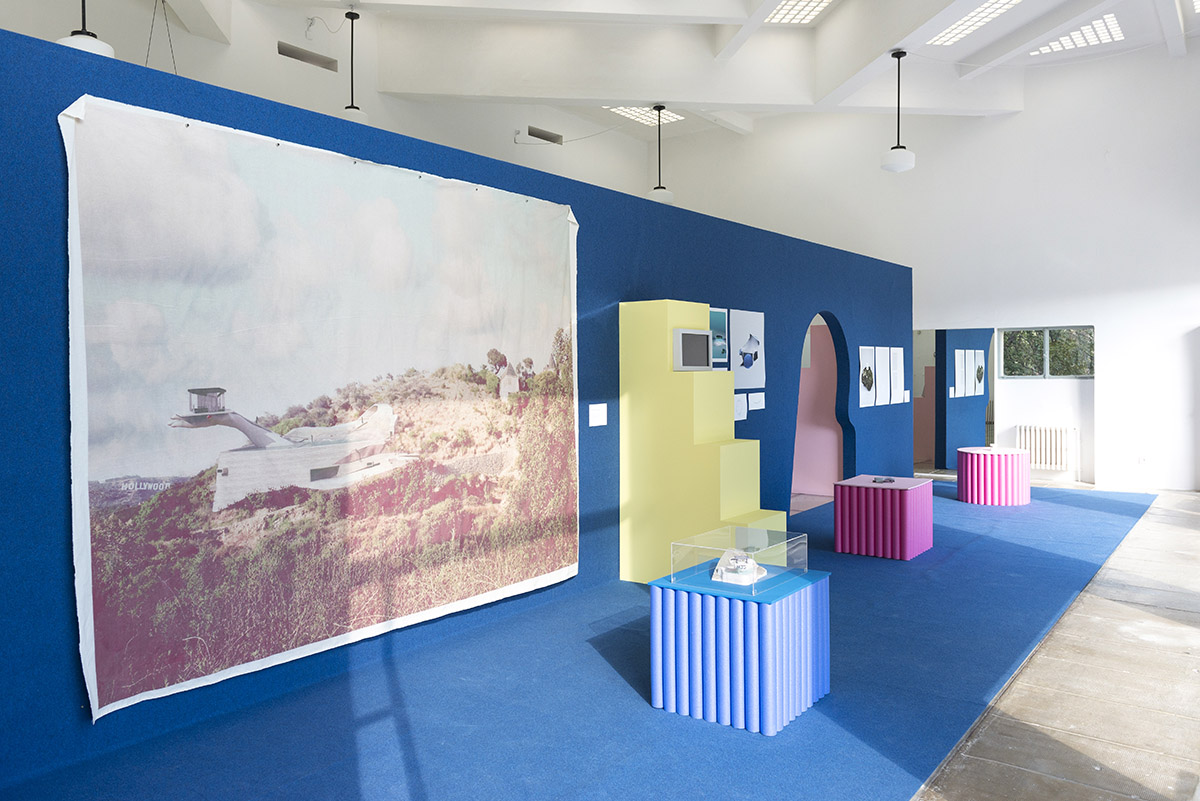 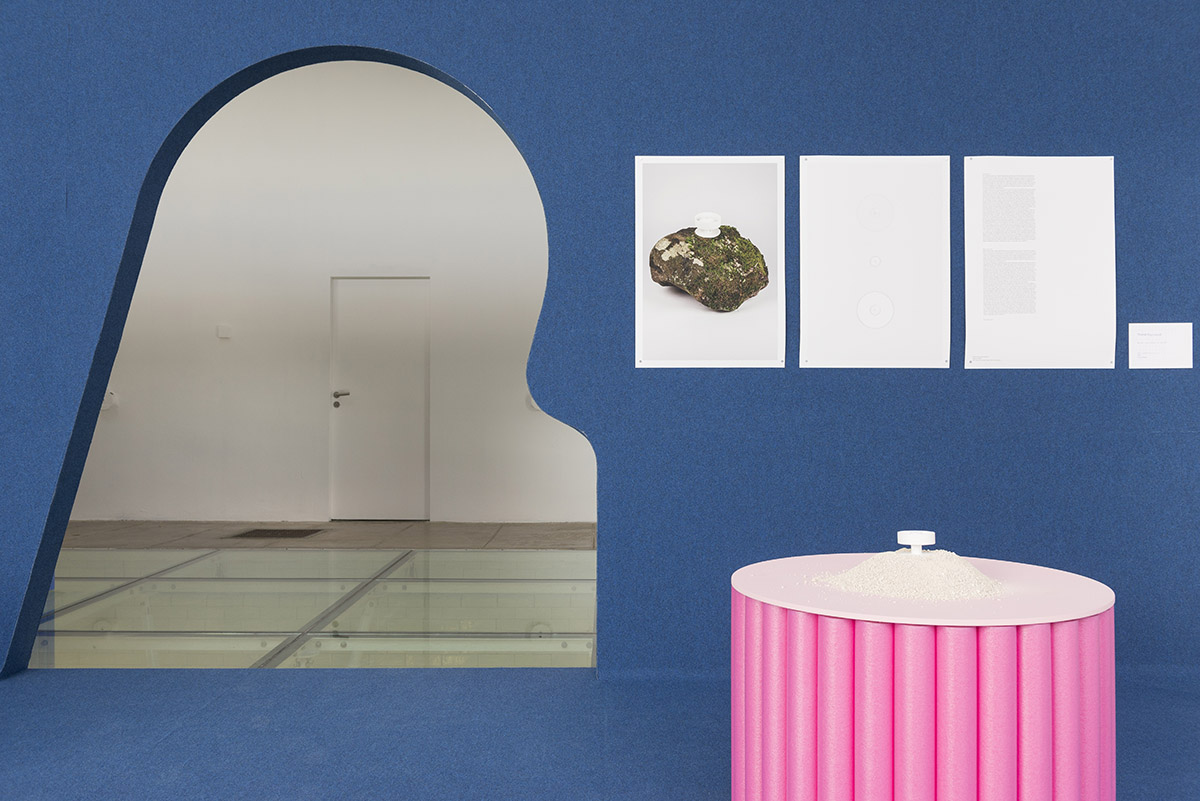 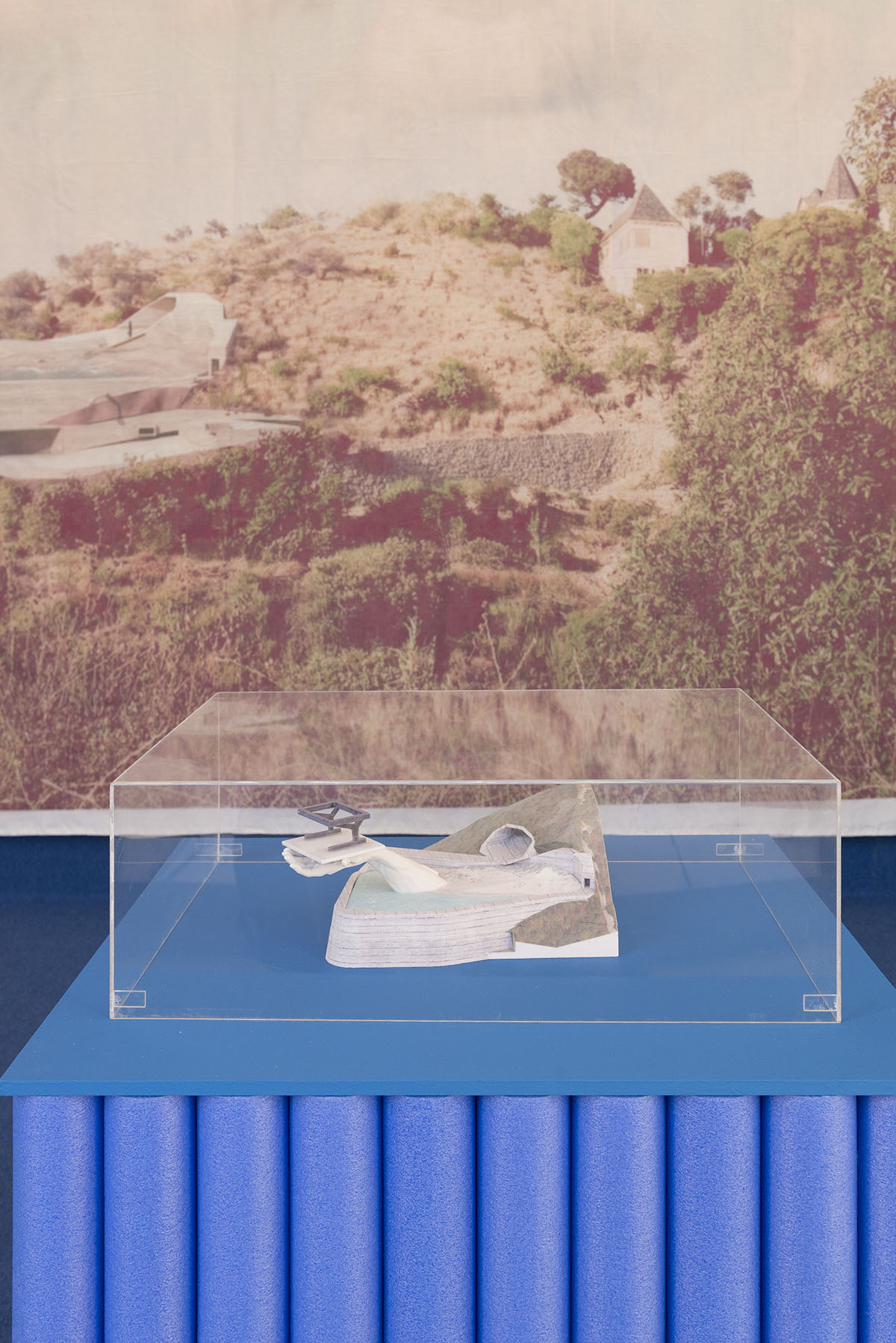 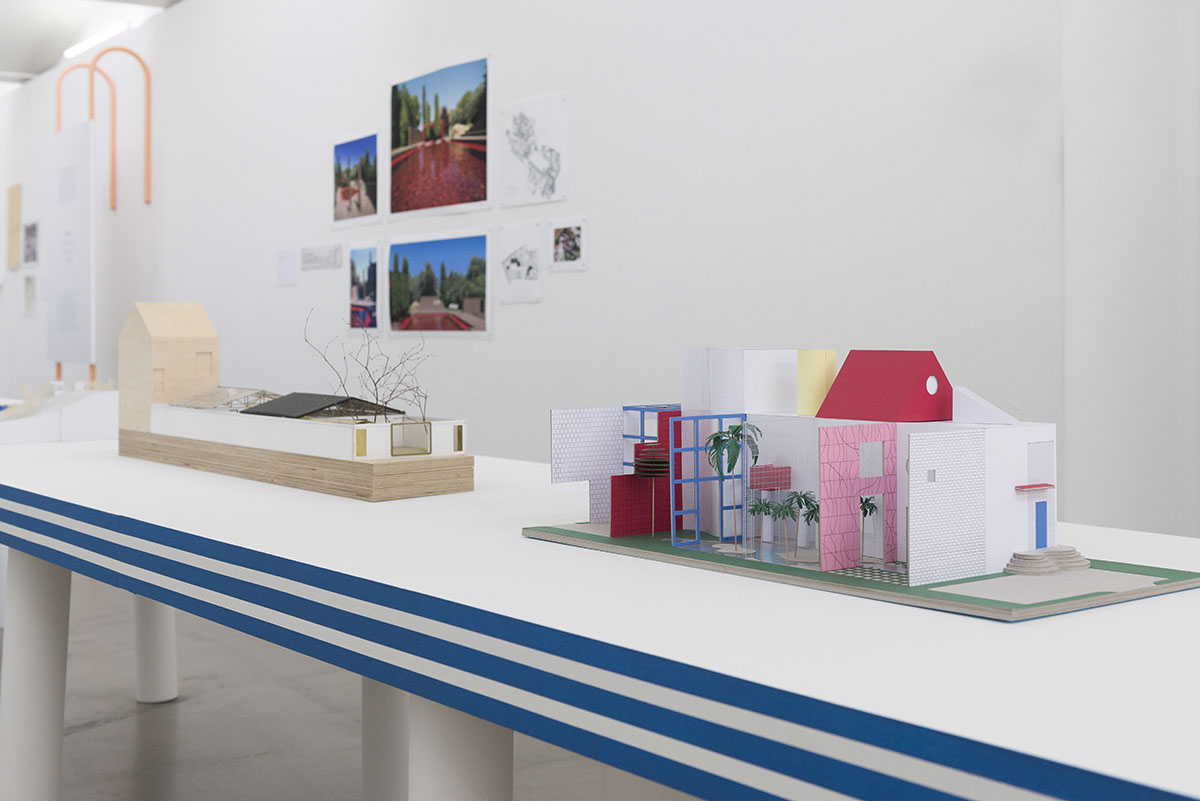 The Domestic Pools exhibition can be visited until March 18, 2018 at the Villa Noailles in Hyères, France.